I figured I would try to contribute somewhat to this great website....

The below will read like a diary entry so apologies if that is not the norm around here. I noticed very little information on Salzburger mills and thought I would get something going to help out folks interested in their product.

Just bought a Grain Mill Max from Salzburger Mills. I even took it to the next level and got the "no plastics" option (link below). This model has the natural granite stones and beechwood body. I figured I would share my ordering experience for those of you wondering what it is like since the company is in Austria. I'll even describe the first use experience.

I ordered direct from their website which has plenty of English to follow along in the process. I used the Paypal option which did a great job converting into US Dollars. Since this was a European company my credit card denied the charge initially and I had to approve it. I then tried again and it worked. Because of this little hiccup the website didn't track my charge and the Salzburger customer service team emailed me letting me know they don't see the charge. I sent them the credit card authorization details and it helped them link it all together.

Salzburger emailed me a day later and recommended I use a more premium shipping method to help expedite and limit the rolling and tumbling the mill will experience on a ship borne journey. I accepted it for a slightly nominal extra charge. Not sure if this is a common situation.

I received a tracking number a few days after ordering. This is all via email and I was in contact with customer service team on the process. Salzburger used TNT which is a FedEx company. After two days I received a call from Fedex that customs required "commercial paperwork". Salzburger probably didn't know that packages going into the USA requires English paperwork to be attached.I called FedEx and explained the situation and sent them my e-receipt. Luckily the item cost was just under the dollar threshold and they released it.

I received the mill the next day. FedEx had it in a plastic bag and it was wet. I opened the bag and it smelled like fish juice. I assume the customs area is full of fresh seafood and whatnot. I opened the box and thank goodness the mill was in perfect condition and not wet. The Salzburger packers did a great job and ensured an air gap around the mill existed. The box contained the mill, instructions in English and a screwdriver to ensure you have a tool to option the cover for cleaning.

After inspection I threw some Einkorn berries in it and tried a fairly aggressive fine setting. I backed off slightly just when I heard the stones touching. The flour came out very fine and looked really good. Being this is my first electric mill I was a little taken aback by a slight smokey smell. I assume the process of grinding wheat on fine can have a friction level that would cause this. The flour was also warm but not what I would call hot. (I would love some comments on this observation to confirm it is not a big deal).

I then threw in some rice on the same setting to see how that goes and the smokey smell did not happen and the flour was fine. Seemed successful. I have not baked yet using the flour and will update on the results.

I think the mill is built very well and was worth the trouble. Not the cheapest option but it should last a very long time. I semi-equate it to a Vitamix in robustness. The motor inside feels hefty like a Vitamix. I'll try to answer questions if anyone has any.

Thanks for posting,  it is always great to get feedback on different mills.   Hope you are loving the taste of the bread.

Thank you for taking the time to write up a review for this lessor known grain mill.

I recently bought my niece a beginning grain mill and will keep this mill in mind as she gets more experienced in case she needs an upgrade. Please let us know how durable the mill is and if you need technical support, how responsive/helpful the manufacturer is. I always worry about support when taking the risk to purchase high cost items like this overseas. 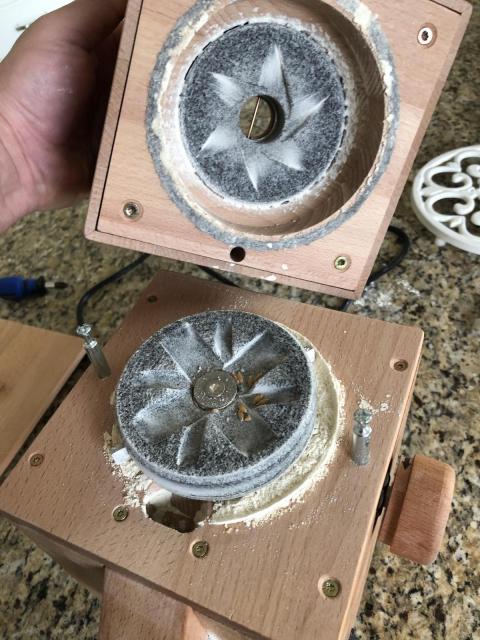 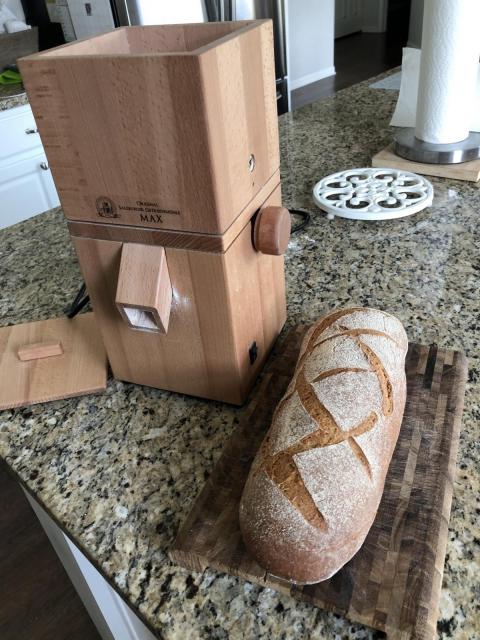 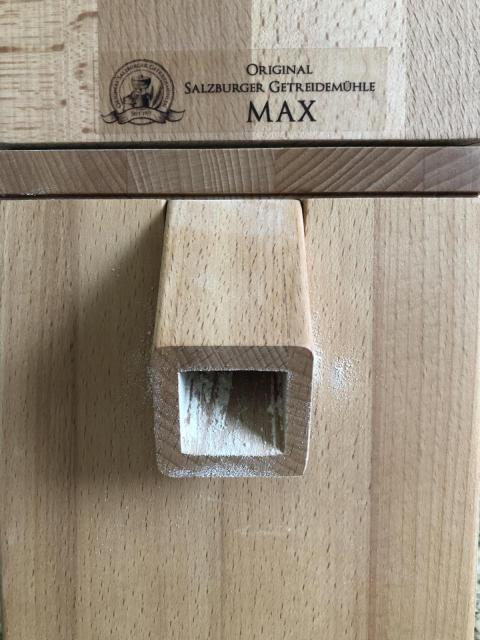 Thank you for posting this review.

I am glad your purchase of a Salzburger grain mill went a lot smoother than mine.

I ordered a MT12 directly from Salzburger at the beginning of August. Paid by paypal.

The next day I was informed by Salzburger that the shipping option that I paid for (something like 108 euros) was not available due to Covid. My only other option was express shipping or wait until the surface service was available again.

A couple of weeks Salzburger email me saying they found a shipping option for around 200 euros. I decided to go with this option instead of wait, so I paid the shipping difference.

After 5 weeks I asked Salzburger to refund my money. They told me to request the refund through Paypal. I did and paypal refunded my original payment and the shipping difference I paid.

The mills seem nice and well built but they are not worth the headache of dealing with the company and the shipping service.

I did not mean to highjack your thread.

Good luck with the mill

Thanks for sharing Fernado. It’s important for all to know how the process may turn out.

I bought a Salzburger MH8 in 2017 and their MT12 in 2019. Along the way I've had a fair bit of email communication with them. The MH8 is the larger of their two hand operated querns, It takes a fair bit of time to produce half a kilo of flour with it, though no longer than it did with my earlier Country Living grain mill. The time and effort required for hand milling, notwithstanding, proth5's long positive experience with her Diamant mill, led me to get the mid-range MT12 electric mill.

The slow but sure hand mill has large stones, about 8 in. across, and produces lovely, fluffy flour. It's tricky, for me anyway, working out how much is too much grain to put in the funnel at a time. It varies with the type of grain, too. Still, it's pretty cool to be milling with a quern as thousands of my European ancestors did over scores of generations. A little of that goes a long way, though.

The MT12 is a power tool. The thing is fast and strong, but it's also loud. Lately I've taking to putting a board on a couple of potholders to absorb some of the resonance. I don't live alone and the noise is disturbing to my primary housemate.

Lately, though, I've become concerned about the heat of the mill product. If 110 F is the temperature above which flour is damaged then I don't want to use a fine setting. I''m now milling flour at a moderately coarse setting, putting it through a 40-mesh sieve, remilling the bran first at the same coarse setting and then milling again what part of the bran fails to pass through my sieve. In the end I have pretty fine wholegrain flour or if I put aside what's in the sieve after the last remilling I've got 90% extraction flour. Following this procedure, the mill product stays well below dangerous temperatures. It's a bit fussy, but I'm liking the bread that results.

I don't know what to say about the Salzburger mills' natural stone burrs vs. the Mockmill's corundum, or either of those compared to the stainless steel burrs of the Country Living mill.

One problem developed with the electric mill. After some use the thing wouldn't turn on. Eventually, with the help of my son's good friend, and an industrial arts teacher, I learned that flour dust had gotten into the on-off switch. He blew it out with compressed air. Since then the problem has recurred twice. Both times I solved it with the vacuum cleaner. A better protected switch would be good. If the vacuum cleaner fix fails I'll get my electrician on the case.

Tony,  I am not sure about the temp issue.  I have read a number of sources that use a variety of temps , some say the damage is when it goes about 130 F,  and some say putting the berries in a refrigerator before milling helps lower the temp.  The problem I have with most of what I have read is that for most mills, there is no way to know the temperature at which the berries are being milled - because they are between the stones, the only temp we can measure is when the berries have left the mill.  Some mills use air to force out the berries, and that air would cool them, others just use gravity, so when the berries are exposed to the air as they fall, they will also cool somewhat, though not as much as the ones blown out by air.  At this point,  unless a mill gets the berries extremely hot, I try not to worry about it, and assume it is still better for me than commercially sold wheat.

I take your point about the critical temperature and when the flour may achieve it. It would be good to know how different commercial mills do their work or to see lab results about their flours. Still, it's a good bet you're right about the overall goodness of home milled flour. What I have to do more often, now that I'm milling every other day or so, is to vacuum surfaces in our living space (kitchen is part of one large room where we cook, dine, read, watch video, etc.). Milling and bolting produce plenty flour dust. With luck, not so much as to cause respiratory damage, though.