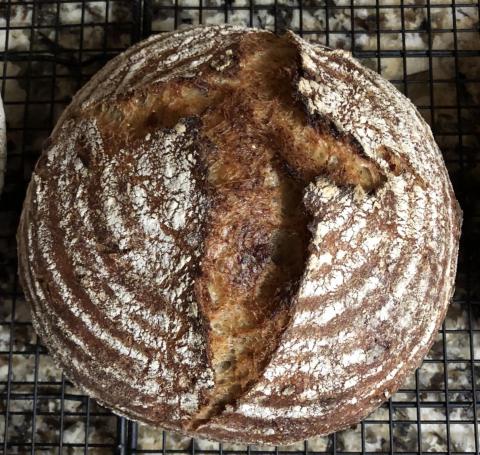 Last weekend, we had a pizza party at the barn where my daughter leases her horse. The deal was that we provided the pizza oven, the dough, the sauce and the cheese. The rest of the gang brought the toppings. For us, we made Fig and Prosciutto pizza and Tarte flambée. The fig pizza called for caramelized onions. The last time I made caramelized onions, it took me 3 hours standing at the stove stirring the silly things. I thought that there had to be a better way and there is! It takes longer but there is no standing at the stove. Basically, one fills a crockpot half to 3/4 full of sliced onions, put in a pinch or two of salt, drizzle melted butter and olive oil over the lot, stir, and put it on low for 10 hours. Then, crack the lid and let it go for another 4 to 5 hours. The results is beautifully caramelized onions with no fuss! This made a huge batch and I froze quite a bit of them in ice cube trays. I also had a lot of left over cheese from the pizzas. So between the onions and the cheese, this bread was meant to be!

250 g high extraction red fife flour (I milled 285 g of red fife berries and sifted it. Save the bran for the levain) 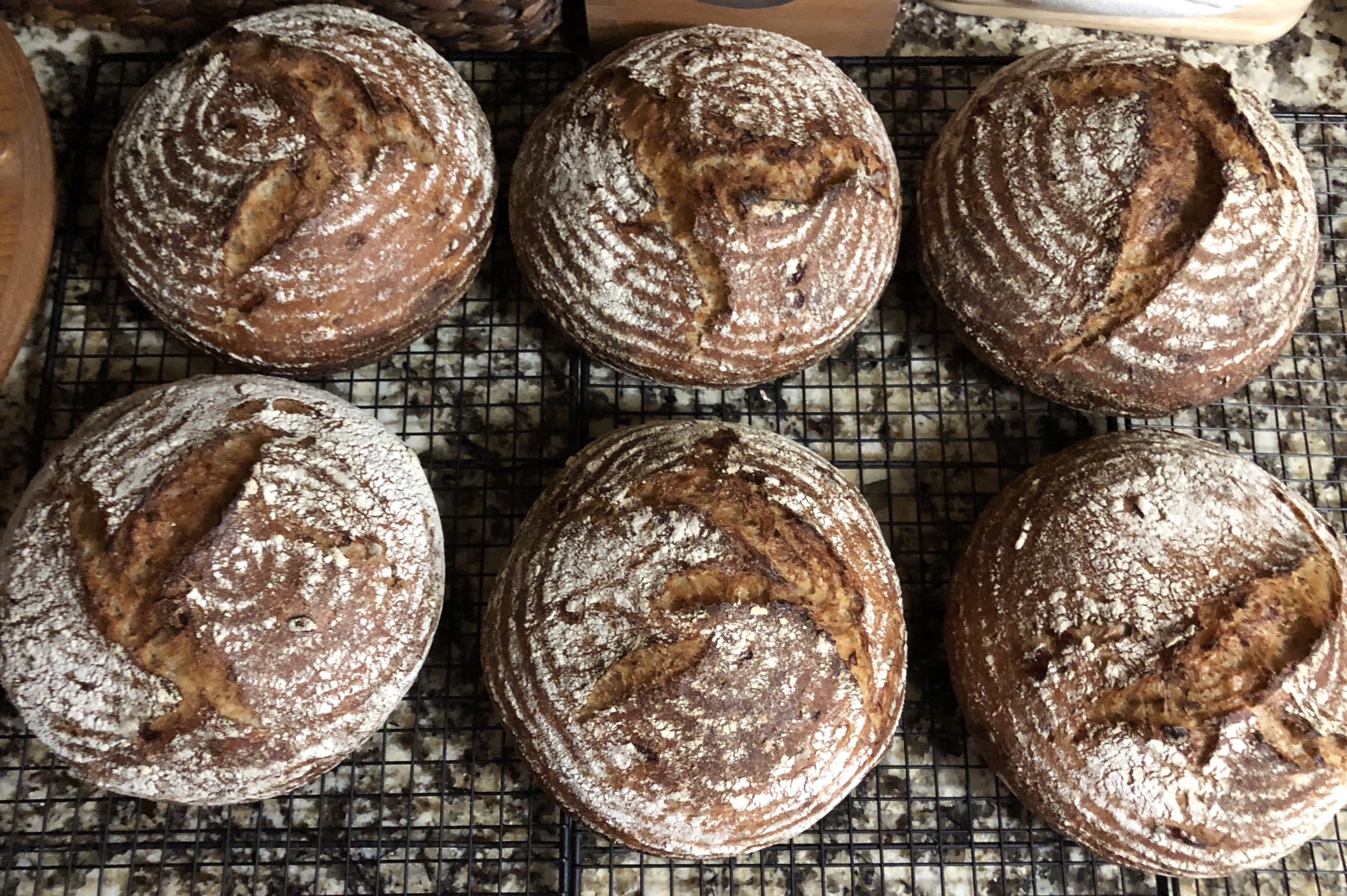 Do you never have an off day?  Every one of your posts exhibits beautiful breads.  These look exquisite.  Must have been the hit of the party (although fig pizza sounds enticing).

in my short bread baking career! The worse though was an apricot something loaf that was way too hydrated and I ended up with 12 bricks. In all conscience, I couldn’t sell them and I was even embarrassed to donate the lot to the soup kitchen. Usually, if I blow something, it is a single loaf but that instance was bad! Experience though is helping a lot these days. I go easy on the water and add if needed. I can add but can’t take away!

I just took these loaves out of the oven. They weren’t part of the party. I came up with this recipe because of the leftover ingredients from the party. I’ll put up a crumb shot when we cut into one.

Suuuper nice.  Would you mind if I popped this up on the homepage, swapping out the previous one of yours up there?

I'd probably finish half a loaf before noticing it :)

You did it again, Danni! Congrats! The formula sounds yummy and the loaves look great!

Thanksgiving is next weekend, and I am in charge of bread and stuffing.  I'm thinking you can't go wrong with onions, cheese and sage (which I have growing in abundance) I was looking for something Fall-ish and this hit the mark.  I don' t have buckwheat, but could sub something else without much fuss I think. I have a question, you seem to have switched to slap and fold from stretch is there a reason?  Do you notice a difference in the bread, or is it just a great way to release tension ;-)

Danni3ll3
October 1, 2018 - 8:07am
I seem to be getting better gluten and strength development

with the slaps and folds and I am much happier with the results. There is just one thing that I can’t quite figure out and that is that I tend to get a hollow part that eventually splits open when I do the slaps. Most videos don’t show this happening although I did see one that did. That particular baker just carried on.

I am glad you are going to give it a shot. Let me know how the sage works out in it.

I thought I was a bit more careful during shaping but I must have left a big bubble in the middle. Otherwise, I am very pleased with the results. Oh and it is delicious! 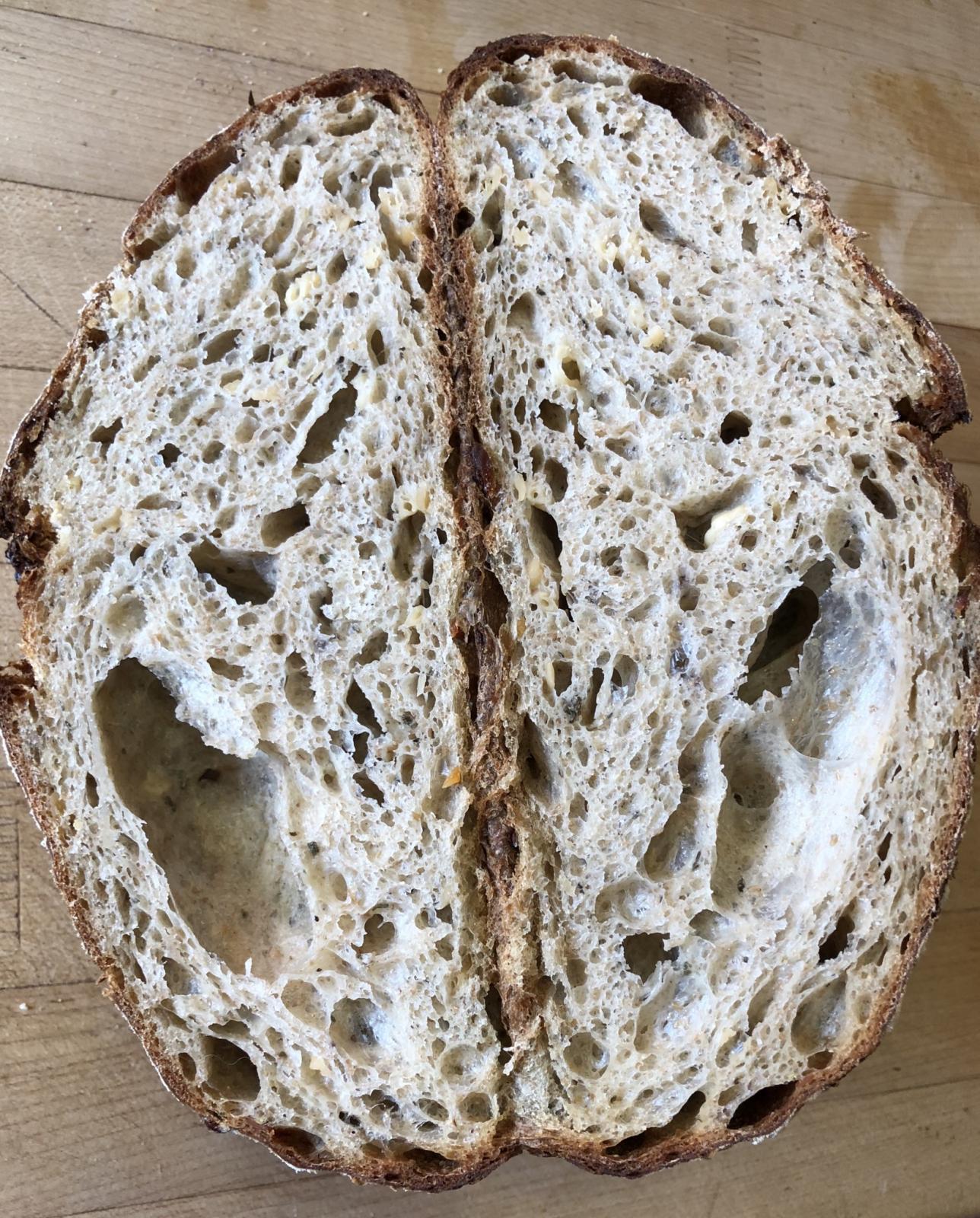 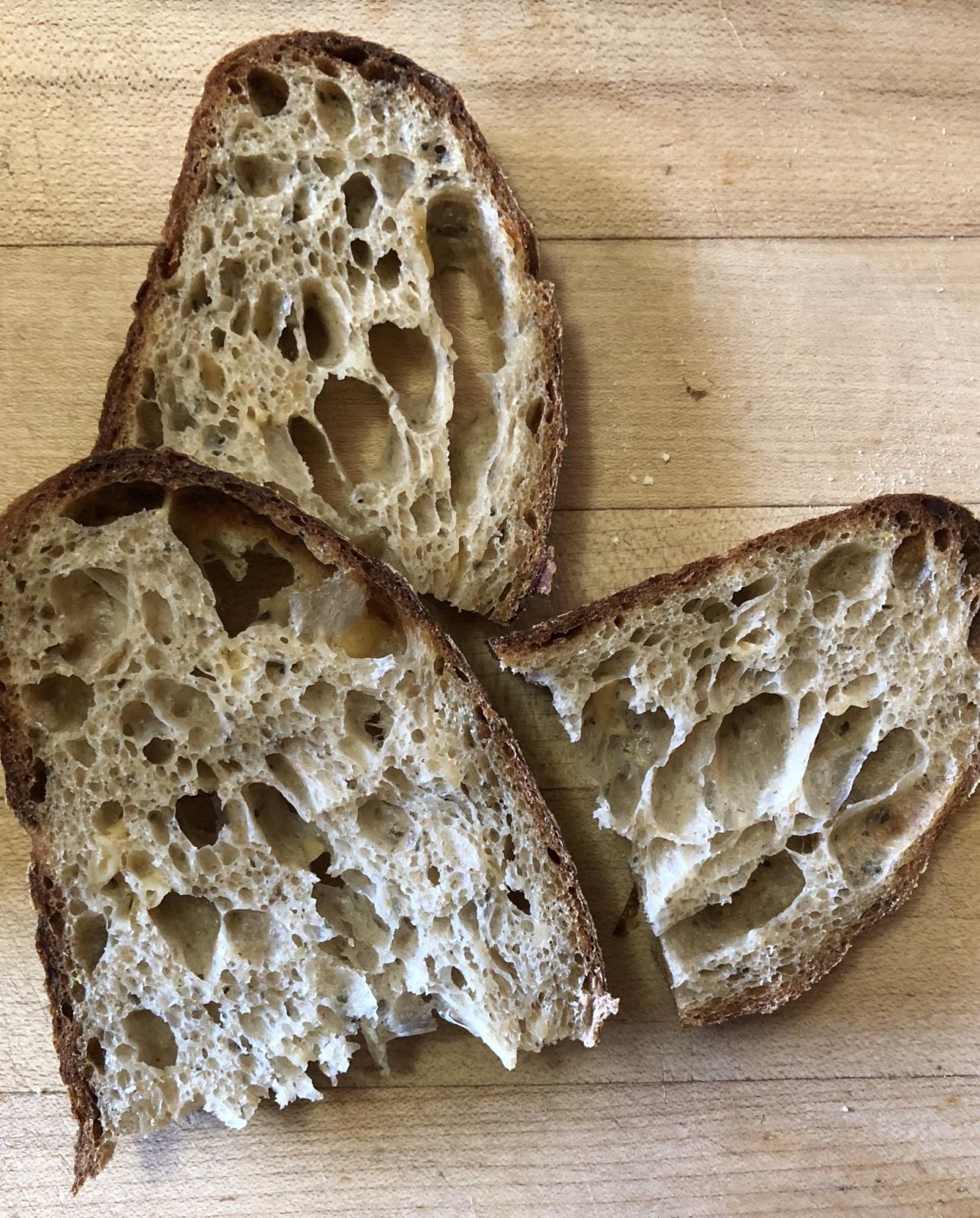 Well done Danni!  They ripped you off at the country fair!  4 cheeses, yogurt and whole grains are a tough mix to match.  Well done and Happy baking Danni - perfect for a cover bread

Now this is my kind of bread.  Sorry it took me so long to comment, but I've been too tired after work to browse the site.  My dogs have had upset stomachs which has lead to me waking up in the middle of the night to clean accidents!

No proofing before baking?  (except for the 45 mins - 1 hour the oven is heating)  I am trying this recipe this weekend - the onions smell magnificent - can't wait to see how it all comes out!  thanks for a great post!

red fife or buckwheat flour ( I know what kinda guy am I ) how would you substitute for those ?

Amazing baker you are !

You can use any type of Wholewheat flour for the Red Fife. It is wheat after all. And I probably would use Rye instead of buckwheat if I couldn’t get my hands on buckwheat. 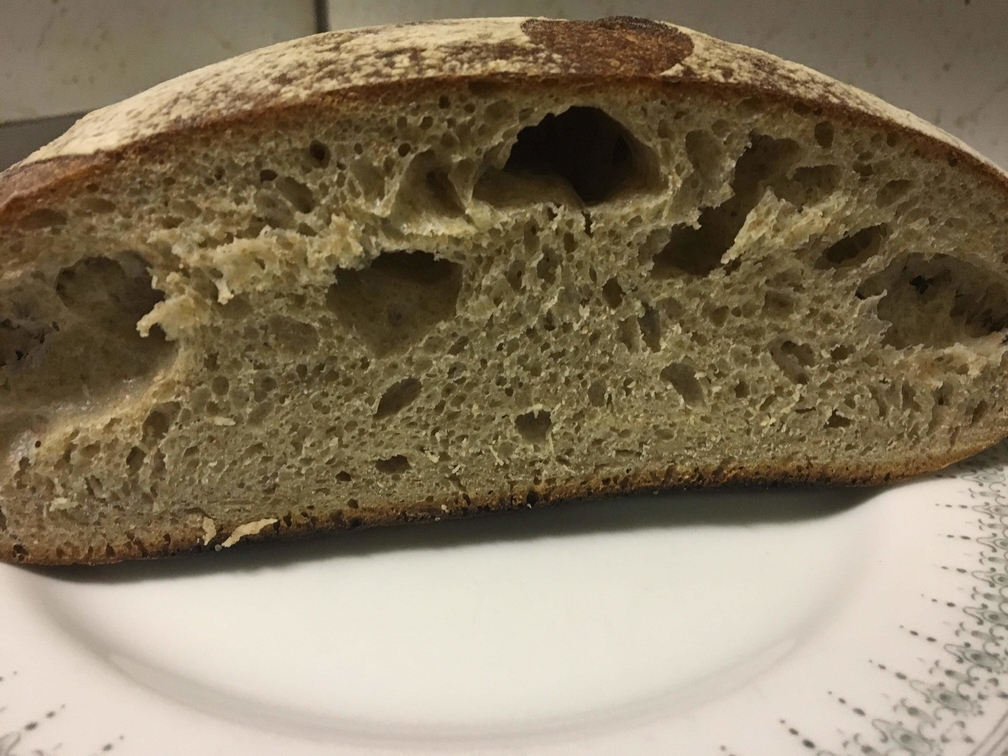 I would love to try and make this bread. I only have KA whole wheat and bread flour. Do you think I could follow your recipe using just these two types or would I need to make some adjustments?

Use bread flour for the white flour and the whole-wheat for the red fife and the Buckwheat. It should be fine.

Adjust the water if needed. What I mean by that is hold some back to see how your flour absorbs it and if the dough is too dry add more. All flours soak up water differently and it’s better to be conservative as you can always add water but you can’t take it out.

Let me know how it turns out. 😊

What Size Dutch Oven did you use and what if I only have 1.  How do I hold the other loaves?

If you only have one, leave the other loaves in the fridge. Or you could improvise by using a stainless steel bowl on a pizza stone. Graniteware roasters work well too. If they don’t all fit in the same rack, be sure to switch them around when you remove the lids to prevent burning of the bottoms.