I've been wanting to make this bread for years, ever since I first had a bite of chocolate cherry bread from Zingerman's in Ann Arbor, Mich. I've tried making this several times over the past few months, all of them flops. Pancakes, covered in charcoaled chocolate (Yum-o!) were the usual products of my labors. Not this time. I finally got think I nailed it. Here's how I made it (note: These cups are Laurel's Kitchen-style cups. Don't fluff up the flour and spoon it in -- dig deep and let it settle.

On my first attempt at this I used all KA unbleached flour which resulted in a very wet dough that didn't rise very well.  My 2nd and 3rd attempts were better. The 2nd was the torpedo shape followed by the round. My parents just came back from Paris. Here are a few bread pictures they took for me: 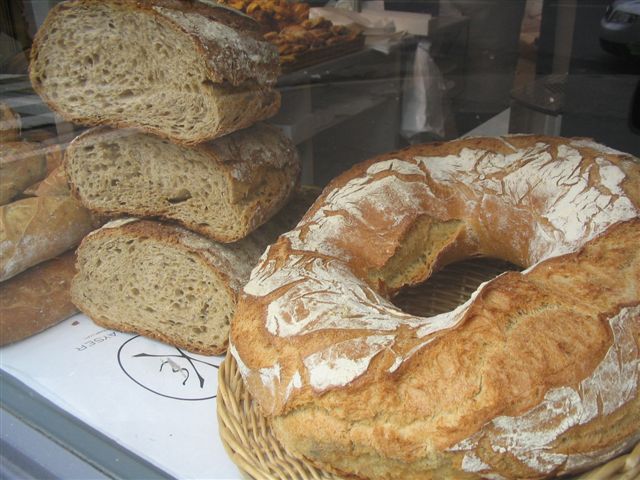 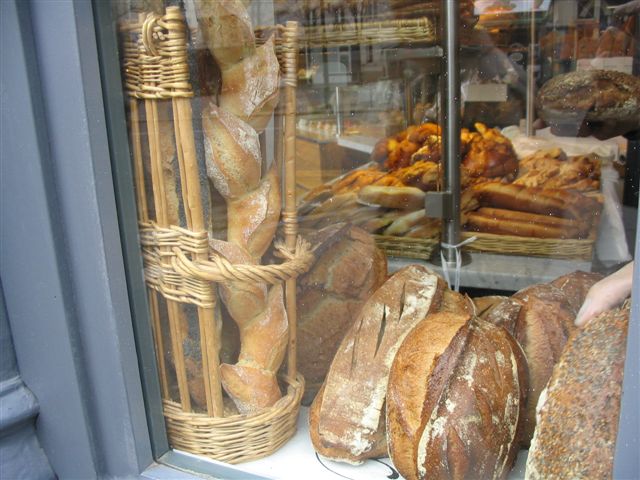 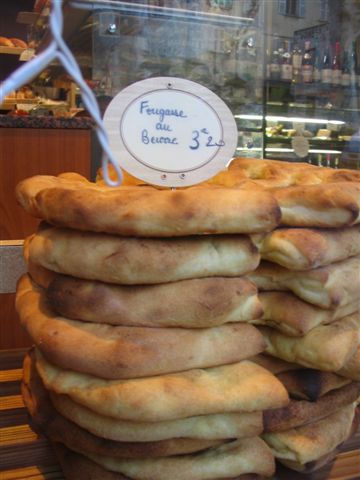 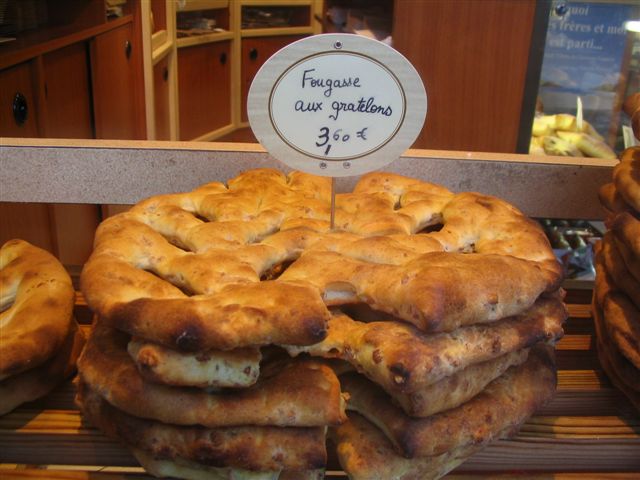 This was my first shot at making Essential's Columbia bread..................batards slightly deflated when they were scored...probably overproofed a little.  Anyway,  this is a very good bread.  Thanks Mountaindog for your wet starter recipe.

Everybody seems to think I'm LAZY..

I Made the whole wheat buttermilk loaf from JMonkey's Biga method.

It turned out wonderful... Really nice texture... smooth...and freshfeel in the mouth... I am never buying sandwitch bread again.... :) This was exactly what I was looking for. Thanks JMonkey :)

This week I made 100%Whole Wheat Strombolini. They were relly great and the kids loved them...

Super Bowl parties are a great excuse for trying new recipes.  They also require lots of snack foods.  So, when I was asked to bring some chips, I happily agreed.  I was a good guest and took exactly what the hostess requested and then, well, then I improvised a little.

My wife is out of town for a week (hence no pictures with the post, since she has the camera with her), which left me with some additional time to putter around.  It occurred to me that I hadn't made pretzels for years and that they would be just the ticket for the party.  After rummaging around through cookbooks and recipe files, I came up with one recipe for whole-wheat crisp pretzels (in a Sunset publication, I think) and another for soft pretzels from the King Arthur 200th Anniversary cook book.  The soft pretzel recipe included directions for boiling the pretzels in a baking soda and water solution prior to baking.  Remembering the threads here about boiling versus not boiling and lye vs. baking soda, it seemed like a good opportunity to try the technique.

The whole-wheat version was almost entirely whole-wheat flour and water, with minimal amounts of yeast, honey, shortening and salt.  The recipe measurements were volumetric, but the scales still got a workout when I portioned out the dough for the pretzels.  They were very simple to make; just mix everything together, let ferment, scale, shape, brush with egg wash, sprinkle with salt and bake.  At the same time, they were very tedious--the recipe yields 8 dozen small (about 2-2.5 inch) pretzels.  If nothing else, all that practice certainly improved my shaping technique.  The first couple of dozen that I made had a certain Impressionistic quality.  You could tell that they were pretzels, but they were anything but uniform.  I perservered, though, and slowly got better and, just as slowly, got finished.  They baked to a pleasing shade of brown.  The directions called for piling them onto a couple of clean baking sheets and putting them back into the (turned off) oven to dry for at least 2-3 hours, using the oven's residual heat to drive off the moisture.  That didn't work quite so well as promised.  The next morning they were not nearly crisp but way past soft and not at all enjoyable.  So, I used the oven's drying cycle for the first time ever.  After a couple of hours of 180F temperature with the convection fan running and the door propped open slightly, they were bone dry and crisp as could be.

The soft pretzels from the KA recipe were pretty much the same as other soft pretzels that I have made, except for the boiling-in-soda-and-water step.  Boiling affects both the texture and the flavor.  The finished pretzel is moister than those that have not been boiled and, I think, somewhat chewier.  I'm a bit stumped about how to describe the flavor change.  There is something else besides the "typical" pretzel flavor.  Not bitterness, exactly.  Astringent, perhaps?  It's a subtle difference, but noticeable.  I should probably have baked one or two dry, for comparison purposes.  One of the people at the party asked if they had been boiled, but we were interrupted and I didn't get to ask her what it was about them that triggered her question.

Both varieties were a hit with the adults and the kids.  And if the kids are eating something that is almost entirely whole-wheat and liking it, it must be good.