Miche Made with High-extraction Flour

Miche Made with High-extraction Flour 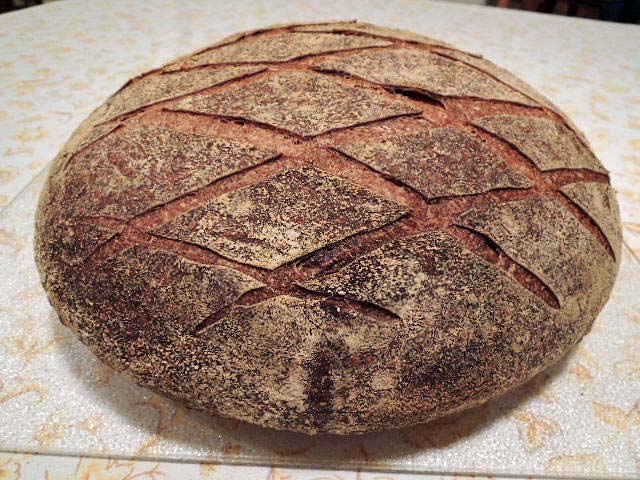 Miche made with High-extraction Flour

I have been meaning to bake another miche for some weeks. Yesterday, I made one. It is quite similar to the one on which I blogged in This miche is a hit!  All the flour in both the levain and the final dough was Central Milling T85 flour. The differences were: I did the initial mix in my Bosch Universal Plus, rather than by hand. I scaled it to 2 kg, and I omitted the toasted wheat germ.

The miche was baked with steam at 450ºF for 15 minutes, then at 425ºF convection for another 45 minutes. I left it in the turned off oven with the door ajar for another 30 minutes. After cooling on a rack for 3 hours, I wrapped it in baker's linen and let it rest for 24 hours before slicing it. 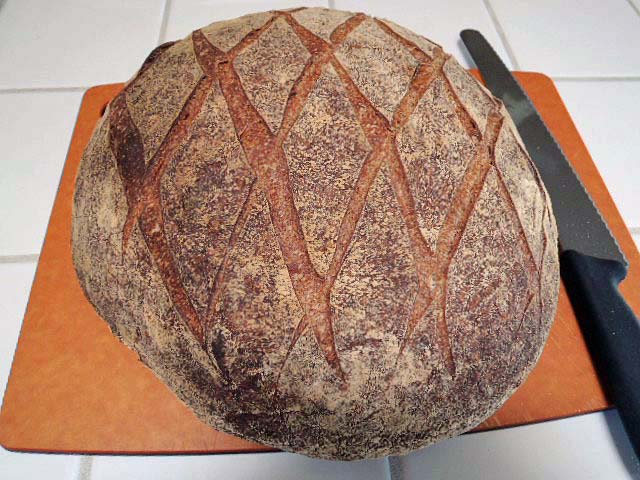 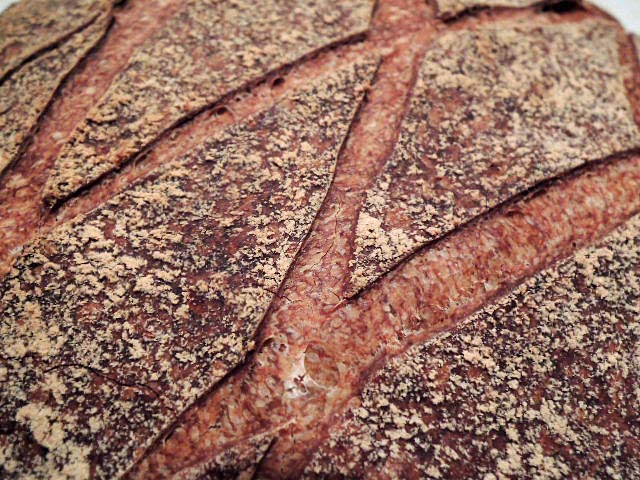 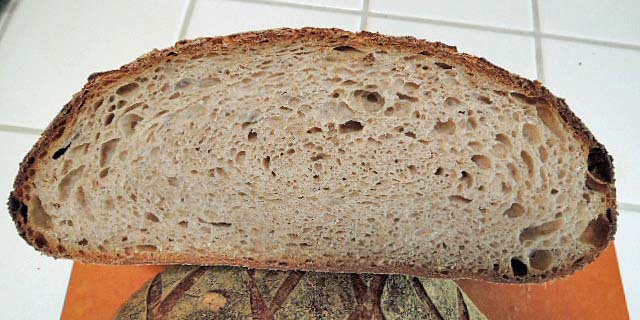 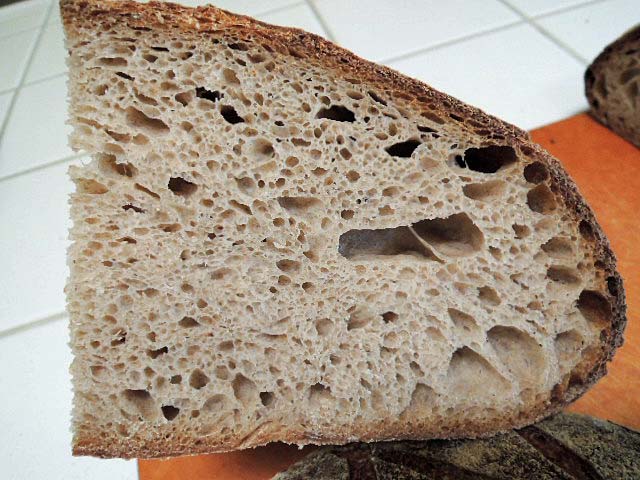 The crust was crunchy and the crumb was tender. The flavor was wheaty and sweet with a moderate sourdough tang. Very tasty. Highly recommended.

Love your scoring.  So nice and even.  Beautiful.

How did you keep this from drying out?  Do you ever have problems with any of your breads drying out when baked in convection mode? If I were to bake in my convection oven at that temp. I would have a really charred and dry loaf after 45 minutes.  I can't turn the convection off and I find it will dry crusts out when I have a larger loaf that takes longer to bake...It is like a strong wind tunnel in my oven.

Also, why did you leave it in the turned off oven for 30 minutes after it finished baking?  I haven't heard of doing that so I am not sure why it is done.

My problem is the opposite - getting the crust dry enough. My oven really retains moisture, even on convection.

Leaving the bread in the oven with the door ajar helps dry the crust. This is helpful in large, high-hydration breads which would end up with a soft crust after cooling otherwise.

Thanks for the explanation. Amazing how different ovens operate.  One doesn't just have to know their dough - we must also know our ovens........  and then there is climate to consider....the list goes on as does the challenge :-)

It just has to taste as good at it looks too.

David, this is a true incentive for me to step up... I will have to find customers for quarter miches...

Thank you also for explaining the oven door thing. This will be very useful.

I usually cut the miche in quarters and freeze 3 parts for later eating. It is very good thawed.

This miche is excellent with 25% WW and 75% AP flour and with varying percentages of AP and high-extraction flour. I love them all.