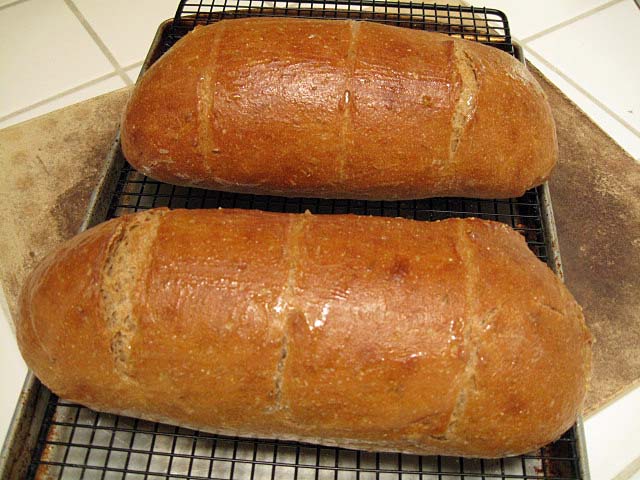 When I started baking bread again about four years ago, one of my principal reasons was to bake a good Jewish Sour Rye, a favorite bread I could not get locally. Greenstein's Secrets of a Jewish Baker was one of the first bread books I acquired, and I found his Jewish Sour Rye Bread at least as good as any I could remember eating.

His book was criticized by a number of TFL members for providing only volume measurements for ingredients. So, in October, 2008, I made the Sour Rye, carefully weighing the ingredients. I've used that formula since with consistently good results. I still love this bread. 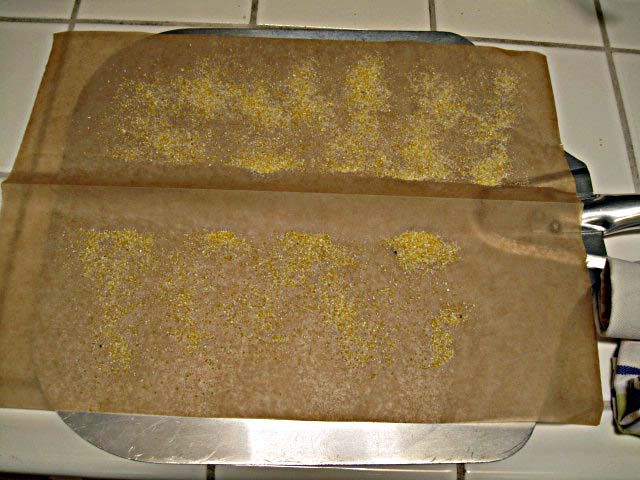 Parchment paper on peel, folded down the middle and dusted with coarse corn meal 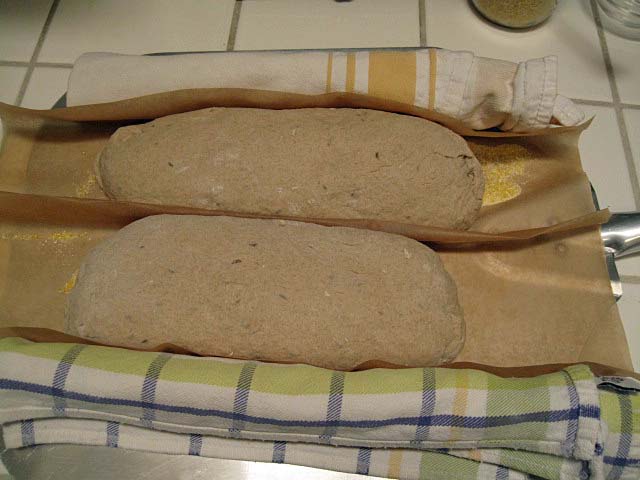 Loaves on parchment. Note the fold separating the loaves and the rolled up towels supporting the sides of the loaves. 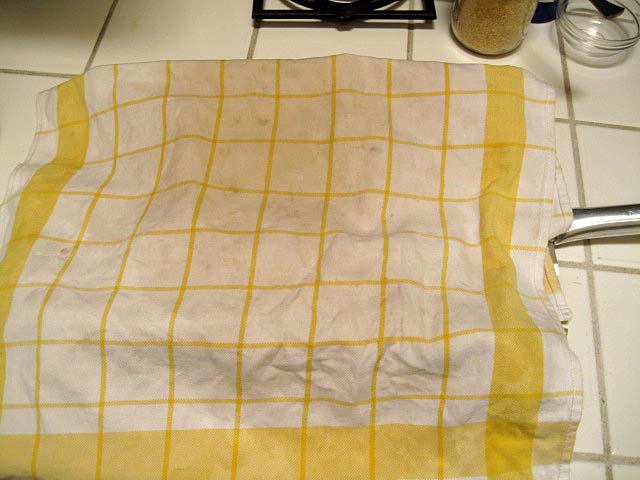 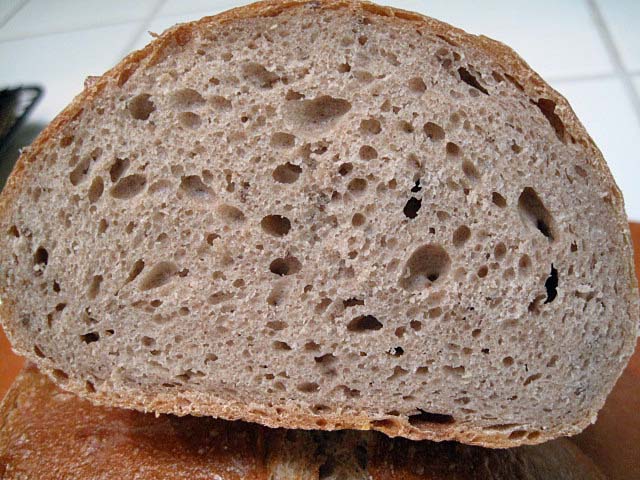 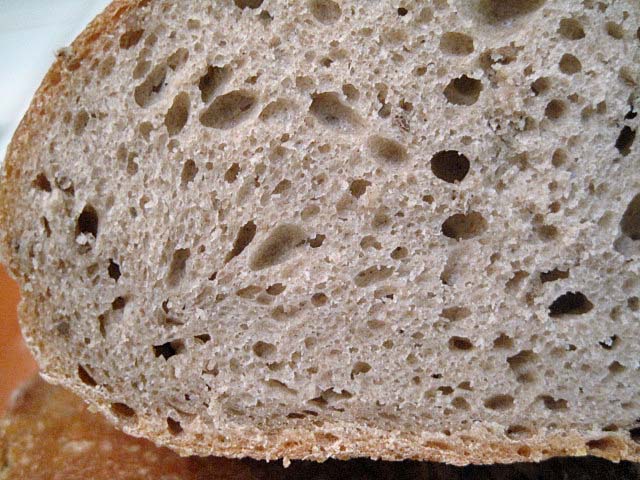 I let the final build of the rye sour get really ripe. In fact, it was starting to collapse when I mixed the final dough. The resulting bread was extremely sour and very delicious. If you don't like very sour rye bread, either use the sour when it is younger, or, if your timing demands, you can refrigerate it over-night, until you are ready to mix your dough.

Unfortunately, most folks in here don't appreciate the earthy notes of sour rye , and i'll have to lower the rye preferment to 10-15 percent of the total flour. Cold cuts and smoked meats aren't common here in the middle east.

I love the glaze on your ryes, i'll have to try it sometime.

So how come you don't include the Altus in your bakers percentage formula?

I would think that should be calculated in the formula with the other ingredients.

Also, as I have been trying to force myself to start using the bakers % I have I think gone too far over the edge and included the water and flour % for my seed starter when calculating the levain % of flour and water.  I noticed you simply use the flour and water % from the finished levain.  Since most of my recipes use a 65% hydration starter I have been breaking it down to it total components including the seed flour and water.

What is your expert opinion on this?

I'm not quite sure how to account for the altus in baker's math.

With levains, if I understand what you are doing, it sounds fine.

Beautiful looking ryes David.  Coincidentally, I was just thinking of making a deli rye to take a break from all the SFSD's.  Seems like we have been thinking along the same lines.  :) An informative post, too. I have only made a deli rye once before and I think I used egg white as a glaze. I didn't know about the cornstarch glaze. I will try that next time.

This is a good one. Even my rye-averse spouse loves it.

I'm new to commenting, but I've been lurking this site for awhile- ever since the restaurant I work at asked me to build them a bread program. While I've been a professional pastry chef for years I really haven't had much to do with bread. Up until now, at least, when I've fallen down the rabbit hole.

I'm adapting this rye for professional production, and so far it's been a winner. Lovely color, beautiful sour rye flavor (I, like you, prefer medium and/or dark ryes), gorgeous oven spring. The only thing is that I consistently get a side blowout, down near where the loaf meets the parchment, about a third of the way through baking. The scores open beautifully and the crumb is consistent. The only problem is the blowout. It's generally the entire length of the loaf, almost as if I'd left a seam exposed, though I know I haven't.

Blowouts occur in at least half my light rye loaves. My best advice is to proof the loaves more fully, but even this isn't guarenteed to work every time. Somewhere I read that blowouts were expected in rye breads from the old Jewish bakeries and are not regarded as faults.

Is it possible to substitute sourdough starter for the instant yeast?

You don't need to use the yeast. But fermentation won't move as fast.

I grew up in Philly and in the late 60's and 70's my father and I would line up at a Polish bakery to buy huge loaves of very dark rye. In appearance they are identical except for color. The bakery was open for two days a week and when they sold out they were done. I know there was a liquid starter involved as it took days to make a loaf.

Any ideas what I might do to get something similar?

I know there are many varieties of Polish rye bread and many ways of making a "very dark rye." Having never seen or tasted the rye bread you want to duplicate, I wouldn't know how to advise you. Stan Ginsberg is the guy to ask. I suggest you post a new topic here with your request or visit Stan's blog. Here's a link:

750 grams of rye sour sounds like a lot, even though I'm not an experienced baker. Before I start bulking up my starter I thought I'd check.

750 grams of rye sour is correct. Note that all the rye is pre-fermented, i.e., in the sour. It may sound like a lot, but this bread is still less than 50% rye.