Is it normal, underproof or overproof?

Is it normal, underproof or overproof?

I've been baking sourdough for two months now but i'm not happy with the rise, almost rather flat. My starter is active (2x rise), i feed it 3 times a day with 1:2:2 ratio except for the night 1:5:5.

This was my last bake, round/boule with ingredients

I baked using convection oven with baking sheet covered with stainless bowl for 20mins with fan off, 250C and then 20mins without the bowl 230C, fan on.

This was the pics from last baking 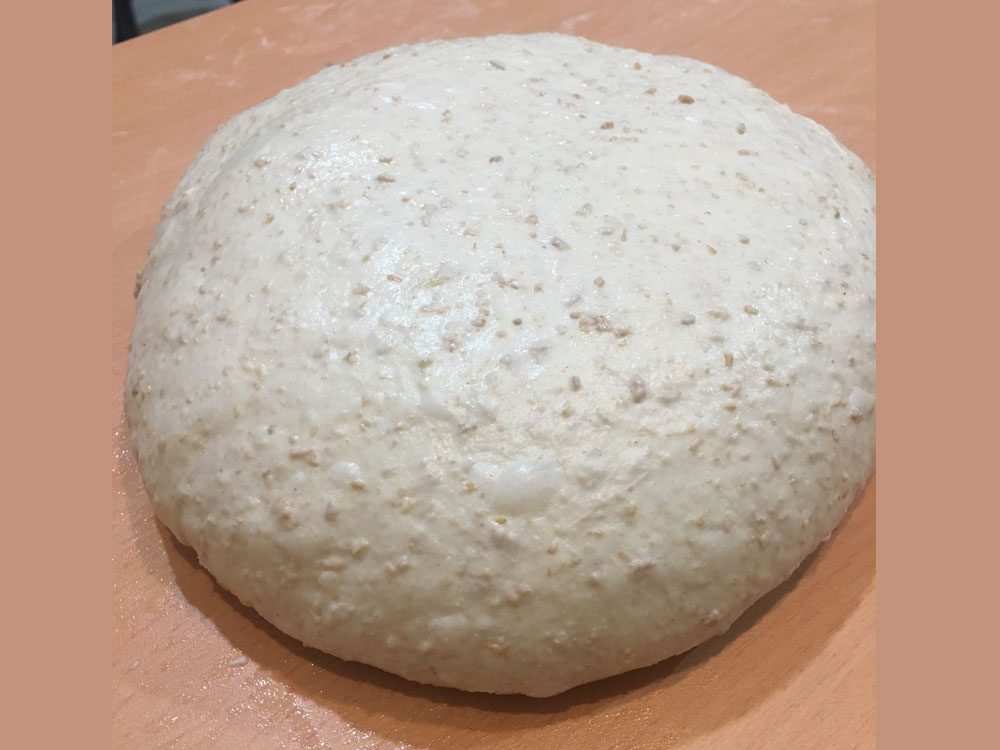 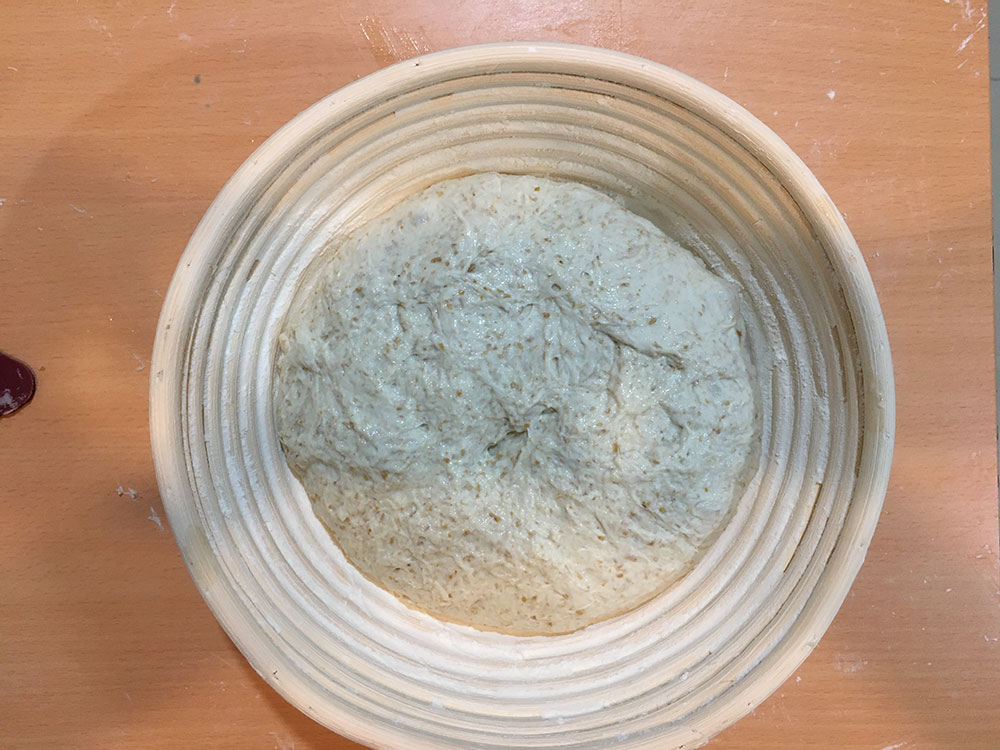 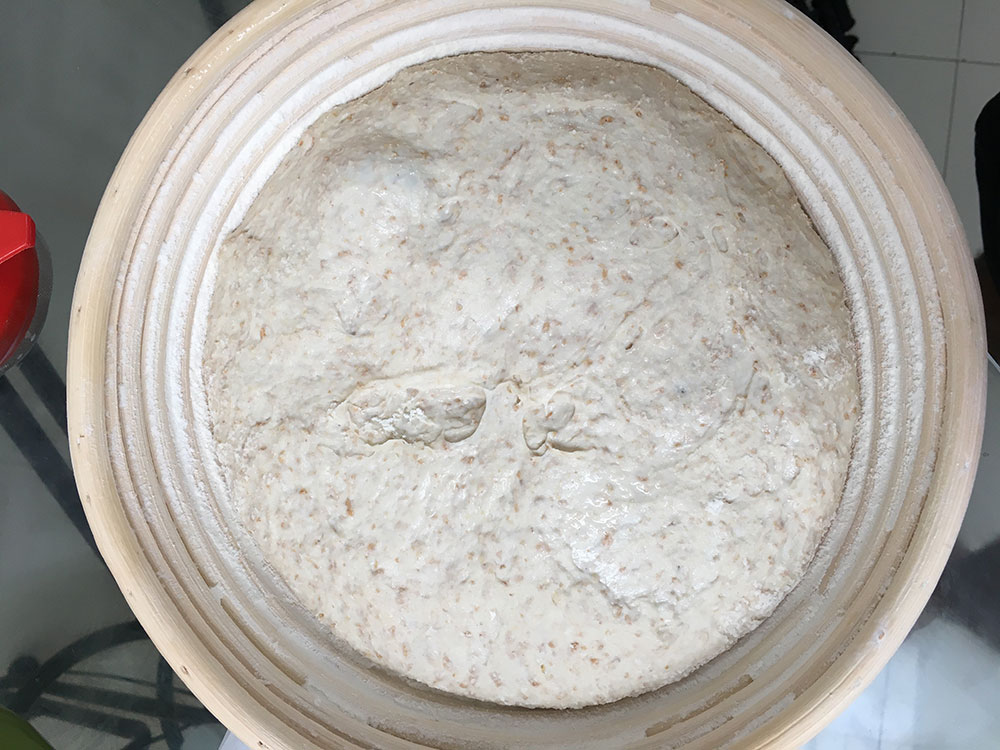 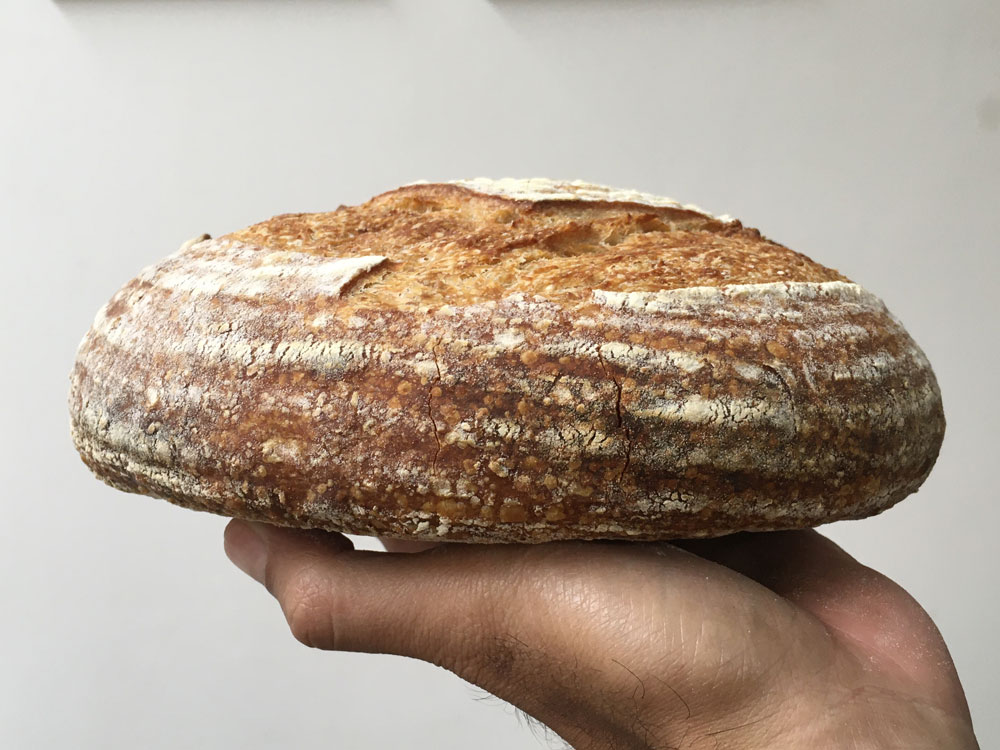 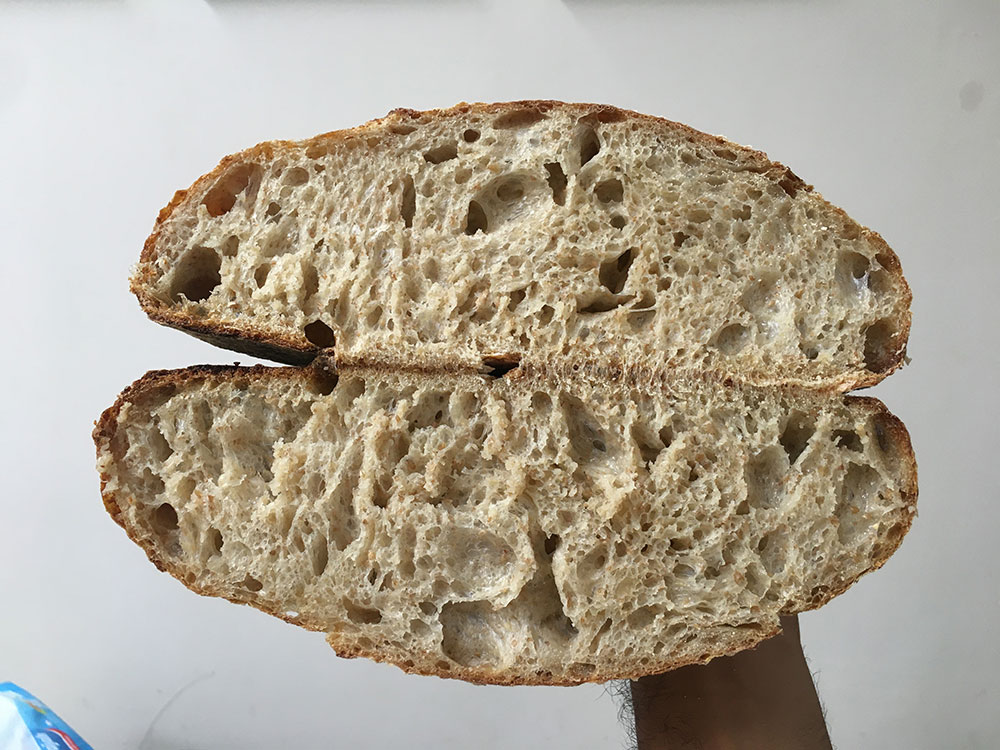 Is that normal or underproof or overproof? What can i do to get better rise?

The crumb is beautiful, I'd be happy with this bread.

For the oven spring, have you tried lower hydration? Might be easier. And while I'd say this is fermented nicely, proofing less will probably give better spring.

Does it look like the loaf is flattening immediately after turning out of the basket? Or after you score it? Or in the oven, before it grows?

Hi Illya, thank you for your response ;).

The dough seemed to have good strength after bench resting and also hold its shape well after scoring. I put it immedietly into the oven after scoring so it was flattening inside the oven. I'll try cut the bulk ferment time next time ;)

As your suggestion, i cut the bulk fermentation time 30 minutes and got better oven spring ;) 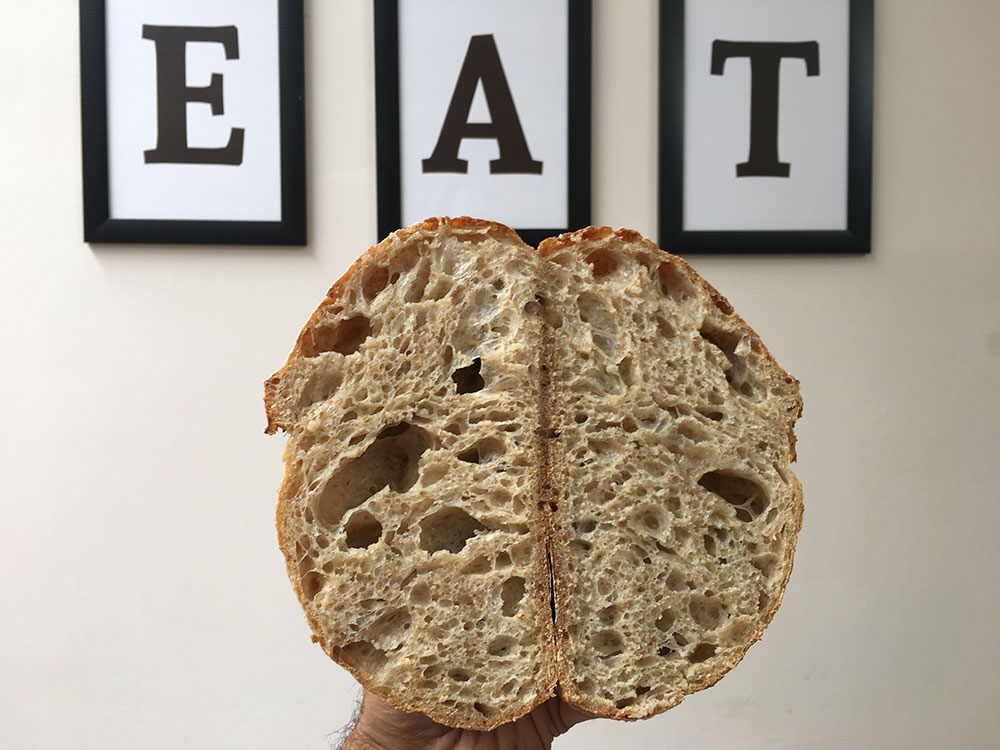 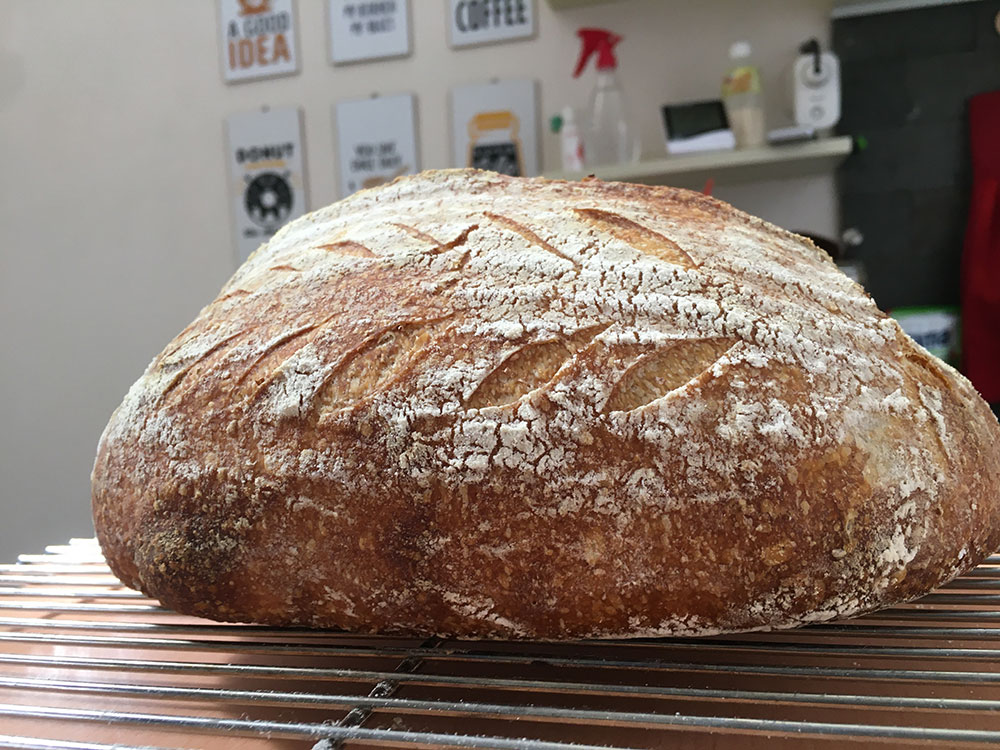 What do you think? what cause the big hole?

It sure looks like your starter is fed a lot of food - most likely too much - way too much.

Before making another loaf, stop feeding and just stir the starter until it stops rising - however long it takes. Then start with a 122 feed once a day (adjust water to keep a wet dough like consistency) and stir vigorously every 12 hrs. When there is still a little (emphasis on little) rise at the 24 hr mark whatever the feed was is what you'd want to use for once a day feeding schedule. Then go from there.

A strong building needs a strong foundation - same with sourdough (the starter being the foundation). Can't have one without the other. Enjoy!

is most likely the present (not fully developed) gluten structure's limit.   Try a fun experiment and repeat the 1:2:2 and A second 1:2:2 just as you did but this time blend the second one longer, much longer than the first one. at least a few minutes to develop the gluten and then see how high it peaks.

I tried your suggestion but only one starter, it peaked a bit longer than usual and it reached 2.5x level.It never reached that level before. I used to stir it quickly but stir it a little bit longer make a difference...thanks ;)

Bagels are not baking in the center or the bottom
HEB Bakery flour
Experiments in "blending" vs milling/...
Sourdough no oven spring or “ear”
Sourdough sandwich bread troubleshooting
END_OF_DOCUMENT_TOKEN_TO_BE_REPLACED