It has been great to see so many new bakers here trying out new things and starting their bread journey.  One of the things I keep seeing though is the statement: "I did something wrong, should I throw it out?"  And I just want to encourage beginning bakers that the answer is almost always no.

One of the things I love about bread is the fact that even bad homemade bread is better than most store-bought bread.

First a story, I recently moved to a warmer climate and just found some whole wheat flour and rye flour.  It wasn't a brand I knew so I already knew it was going to be a little different than my usual.  I started some dough with a 70% hydration and a 5% starter.  I folded it a couple times and then got caught in something else, forgot that it was there and went to bed.  I woke up and the first thing I said to myself was "shoot, I left the dough on the counter."  I came out to the kitchen to see this: 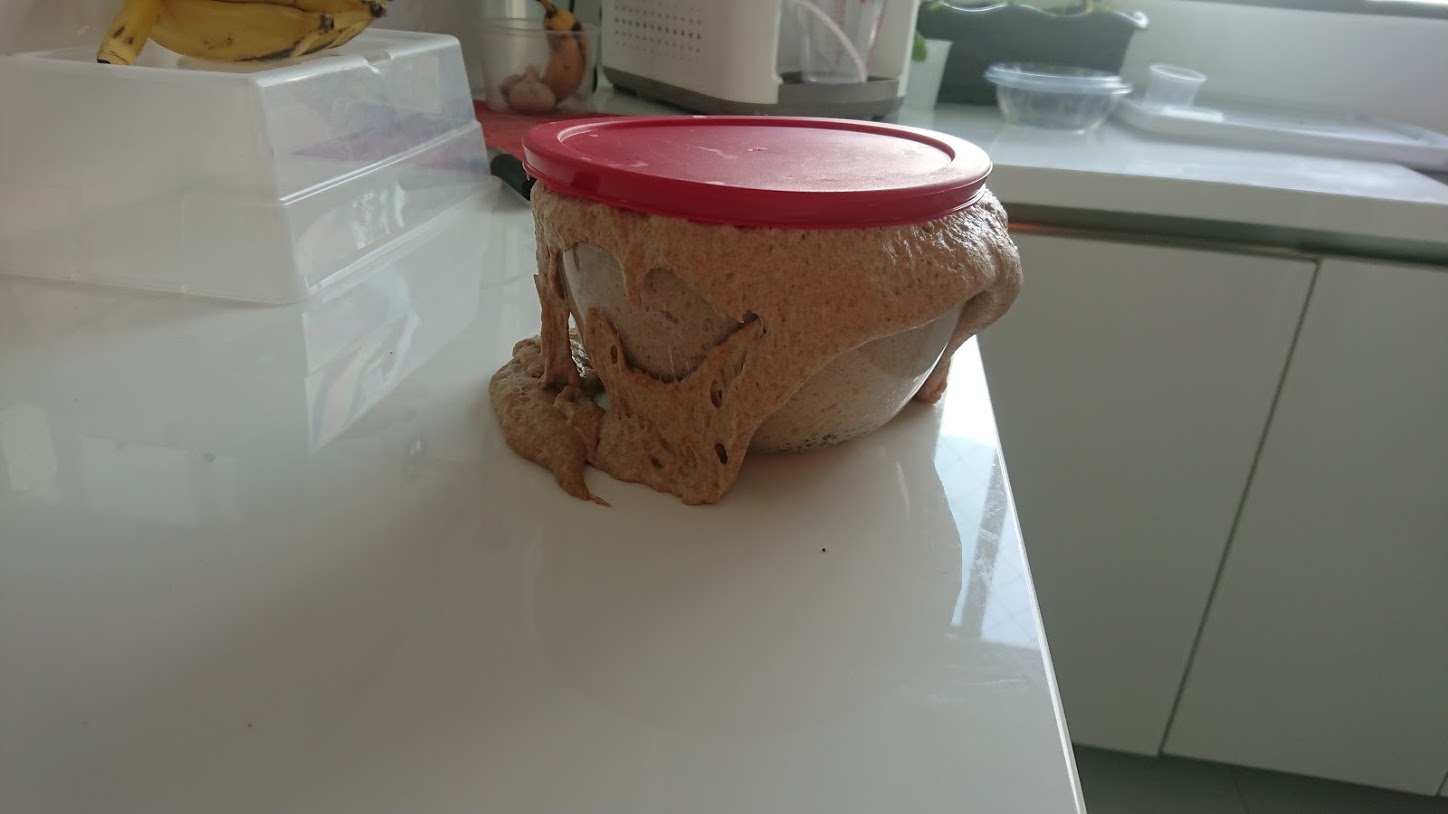 The dough was clearly overfermented, it broke stretching it at all, and it was a sticky mess.  It is quite a bit warmer here than my normal kitchen so I wasn't sure how long I'd have to fix it.  I grabbed some white flour and started adding some and mixing it in until I got to the point where the dough was again just slightly sticky and I could shape it.  I shaped it, let it proof on the counter for 30 minutes and it was rising super quick so I threw it in the fridge, cranked up my oven and then baked it.  I forgot to take a picture of the whole loaf but here is what the crumb and crust looks like. 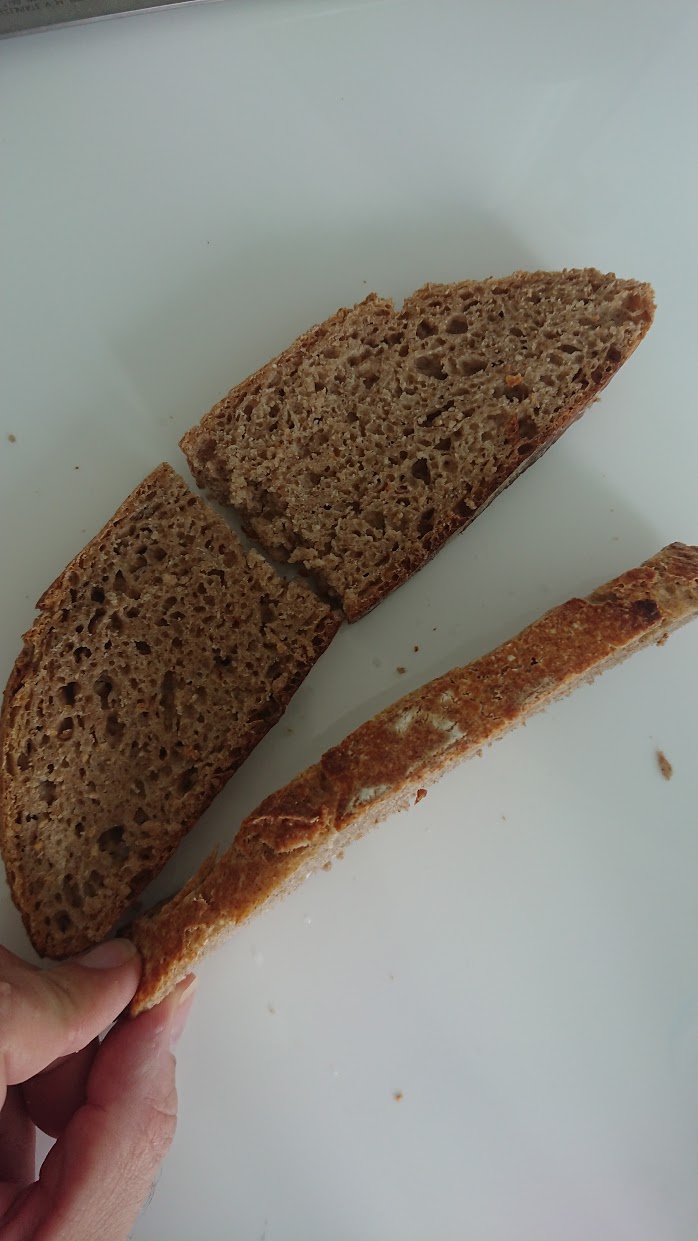 It is very tasty and I'm glad I made it, but I knew how to save it because I have made so many failures.  I've learned just as much from my bad bakes as my good bakes. If I didn't have any more flour on hand I could have taken this same dough and put it in a loaf pan and it wouldn't have rose as much but I still could have used it for stratas and bread crumbs.  Something like this I could also have turned it into crackers or possibly flatbread and just ignored the fact that it was overrisen.

All that to say the answer to the question of "should I toss it" is generally no.  Even if you bake it and even if you end up with a puck, you can learn from that bake and it might actually turn out better than you thought.  If you toss it you are denying yourself of that experience and experiment and you won't as quickly develop that understanding of how to save messed up dough.

Go forth and bake!

That's a great message to share, particularly for bakers who don’t have much experience yet.  Thanks for linking a general principle to a real life example to demonstrate the point.

I would add, too, that if you are using a starter then there's very seldom any reason to ditch that either, in my opinion. If you dig carefully beneath any surface problems you perceive (hooch, mould, a drier skin etc) and start again from even a very small amount, say what will coat the tip of a spoon, you can generally revive it within a couple of feeds.

Starters are so resilient and can definitely spring back from all sorts of abuse. I've dried mine out to transport on a plane multiple times, I've ignored it for month in the back of fridge and once (when I thought I had killed poor Leonard ) I had left it in the oven after a feeding because it was a warm dry place and didn't realize it until my oven was preheating and I started smelling burning plastic.   They really are strong little combinations of yeast and bacteria.