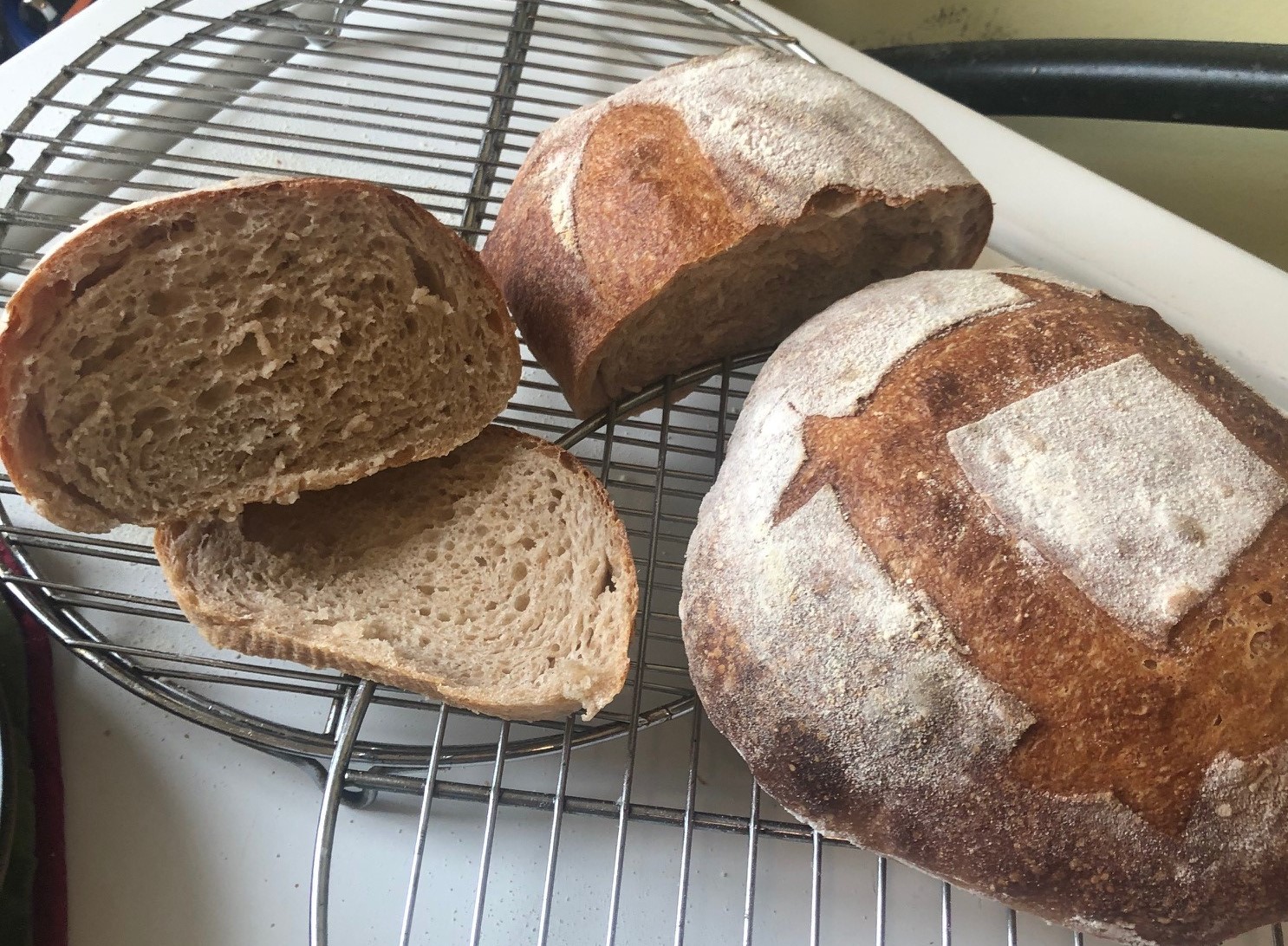 Has anyone made Claus Meyer's Oland loaf? here and here. I am new to sourdough and found this recipe intriguing as it included commercial yeast and a stand mixture option.

I decided to give this a try as I found some Oland flour at a local farmer's market. I was a bit concerned with the hydration level as it is 90% and I never worked with a dough that wet before. I had a terrible experience with a 75% hydration dough that still gives me nightmares.(it was due to poor flour quality). I did manage to get the measurements in grams which was very helpful.

I decided to reduce the hydration to about 80% and use my stand mixer. I made sure to get good gluten development without over kneading the dough. I put it to proof as directed but when I checked it in the morning it barely rose but did show signs of fermentation activity. I decided that I would  shape the dough and put it to finish proofing in banneton baskets. I am not sure if this was a good or bad thing. They proofed up about 2 hours later testing it using the poke test. I baked them without a dutch oven but used lava rocks to create steam in my oven.

I think the loaves I made came out ok. They were very tasty even though they didn't have the same crumb that his loaves did. I also thought the oven spring was decent as I was concerned about not using a dutch oven.

I found this process a bit interesting since it was similar but had clear differences to the "traditional" sourdough process I was used to. Much less starter was used  for the amount of flour included and I didn't get any real sour notes. It was tasty and good for those in my household that don't like a sour loaf all the time.

I plan to try it again using the traditional sourdough stretch and fold/bulk fermentation method to see if anything changes.

I would love to hear how this recipe may have worked for others that have tried it. Thanks for taking the time to read.

I like the appearance and the crumb - not open, but regular and it looks tender.

I've heard of Olands wheat and it seems to be highly rated as flavoursome, strong and able to take high hydration, but just about impossible to get in the UK; I think there's one farmer that grows it, but a long way from me.

Thanks it was very tender and flavorful. I hope you are able to get your hands on the flour one of these days.