Is it safe to preheat this glass cookware and expose it to a cold dough?

Is it safe to preheat this glass cookware and expose it to a cold dough? 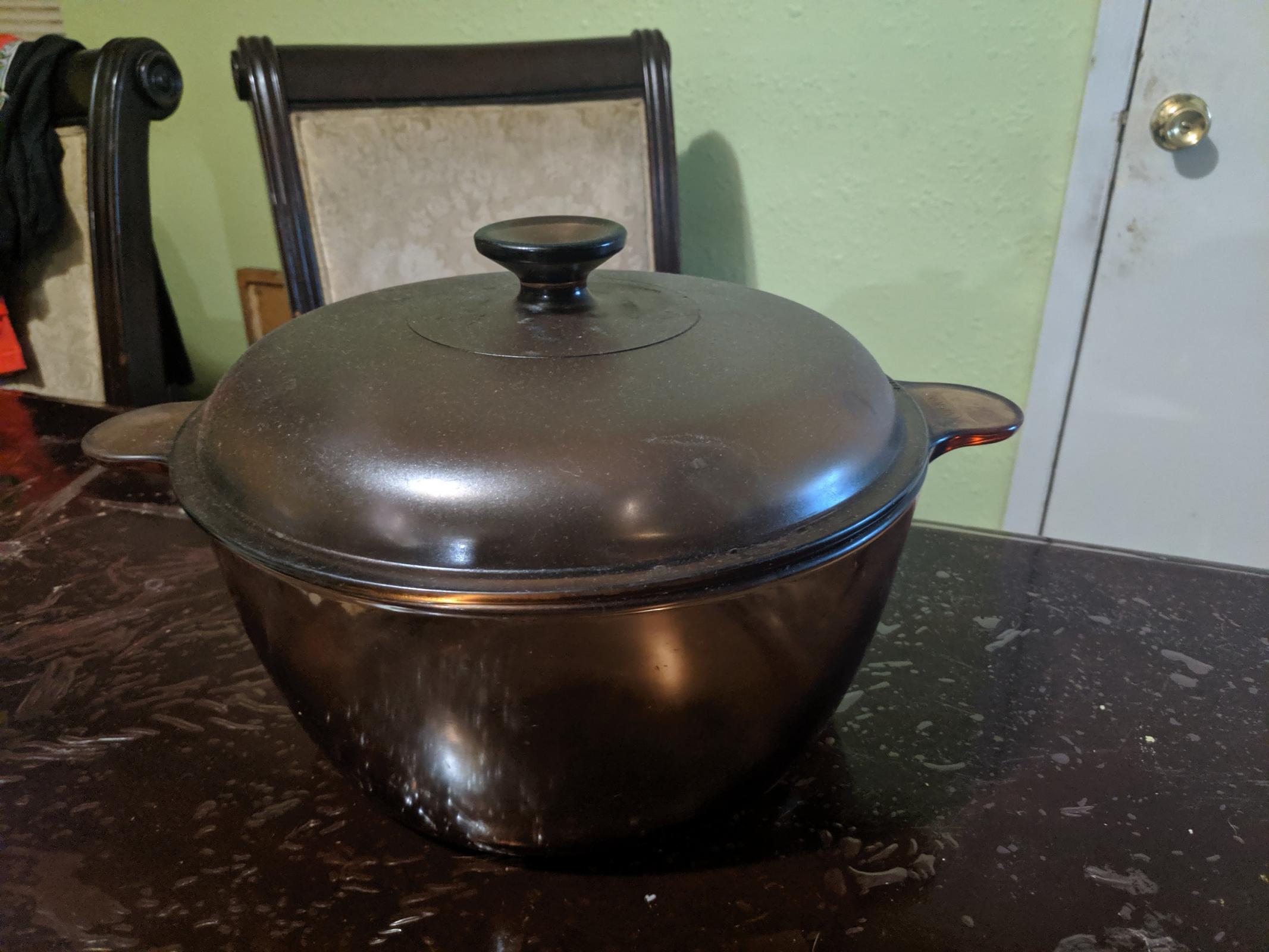 Hello, im trying to bake my first loaf of sourdough bread and i will be using a dutch oven made out of glass, my question is: can i preheat it at 500 degrees Fahrenheit, take it out of the oven and deposit a cold dough that just came out of the fridge without cracking or shattering the pot?

Will i be better off just leaving the dough inside the pot, and put it in my oven before i turn on the heat? Will this method affect how different my bread will turn out?

I borrowed it from a family member and i really don't want to crack or shatter it :/

I really wouldn't.  500F is scary hot.  Generally I'd think twice before taking Pyrex much above 400F in any situation, especially an old or borrowed piece.  Even taking it out of the oven into cooler air could be too much thermal stress.  I would really urge you to look around for cast iron or aluminum -- there are lots of old pots about!

Pyrex is rated for 450F safe in oven. But I wouldnt risk putting cold dough in a hot bowl. But if you’re using a baking stone. Probably ok to preheat to 450 and invert it to use as a cloche

cold dough into cold pot and place into a preheated oven.  Add about ten to fifteen minutes to an exposed loaf baking time.

edit....  and be careful tipping out the bread.  Place the hot pan and lid on a thick folded towel or cooling rack to cool evenly hopefully avoiding thermal shock.

Corning ware is very durable but thermal shock can make it EXPLODE! It is pretty tough and may work once or twice but it will ,inevitably, break in a dramatic fashion. Please do not try this. It looks like a great dish to use but do as MiniOven suggests.

Before 1998 Pyrex was made of borosilicate glass which did not shatter if you took a disk that was filled completely and frozen sold and put it into a hot oven.

In 1998 World Kitchen LLC purchased Pyrex and switch to cheaper soda-line glass, which is ordinary glass and can shatter.

I used to use my old Pyrex (that I found unused in the back of my cabinet where it gathered dust for decades) and preheated it to 450º F (I had an old memory that it was rated for 450º F), then I dumped my cold dough directly from the fridge and it worked fine. The dough screamed for a second or two when I put the dough inside it then it quieted down as normal. I put the preheated lid on it and baked it for 50 minutes and got a reasonably decent loaf out of it,

I found my mom's ancient Le Creuset and used that and immediately got far better results, the rise with cast iron is easily twice that of the Pyrex.

My suggestion is to not use the Pyrex, there is no way to know if it will work without being damaged.

Get yourself a cast iron dutch oven, there are inexpensive ones made by Lodge that are plain cast iron, they are indestructible and you can bake at 500º F in them.

I got spoiled by my Mom's Le Creuset, which is enameled so it look sweat, is super smooth (loaves don't tend to stick inside them like sometimes happens with plain cast iron) and you can see the interior so you know when its perfectly clean (its super easy to clean and you don't want anything to stay behind because that could cause sticking) but its really not necessary, plain un-enameled cast iron works fine if you keep them clean.

I have baked at 500º F in my cast iron for many years now and they work great (by this point in the story I now own several Le Creuset cast iron dutch ovens because I really do like them that much), although I find that when I moved to a high altitude location I have to lower the oven to 450º F a few minutes after I put the dough in the oven so it doesn't scorch on the bottom.

Save the Corning for casseroles (I use it at room temperature, fill it with room temperature ingredients, and place it into a hot oven just fine, then when I pull it out of the oven I sit it on a silicon mat so it doesn't have any thermal shock by placing it on the counter (or damaging the counter with all that heat).

I enjoyed  reading about the pyrex vs cast iron baking.  I am a newby to the bread world, but spent 45 years in a lab.  Corning made the white Corningware baking dishes, that I have seen at yard sales for a song.  As I read about various baking vessels, the thought of these also crosses my mind.   I have several dutch ovens, in different sizes, which I am considering.

Help with modifying cake recipe
Is there a way to see/list all the Forum Topics a...
adjusting hydration levels for whole grain...
Transitioning to Gas Deck Oven from Home Oven
Uses for weak 00 flour
END_OF_DOCUMENT_TOKEN_TO_BE_REPLACED