I conducted an experiment, using a half-cup of HRW that I ground in my coffee mill.

To the resulting flour I added an equal amount of water. (NB: "equal" being 2/3 cup.  I'm mastering baker's percentages next.)

The soupy photo is what it initially looked like.  The second photo (from a previous photo) is what it looked like after one hour.

The third photo was taken 2.5 hours later. The water was coming out of the dough, but the curious thing was the flavor:  The dough had almost no flavor at all, and the water had a taste best described as "byproducts."

Was I "autolysing?" And why did the dough lose its flavor? 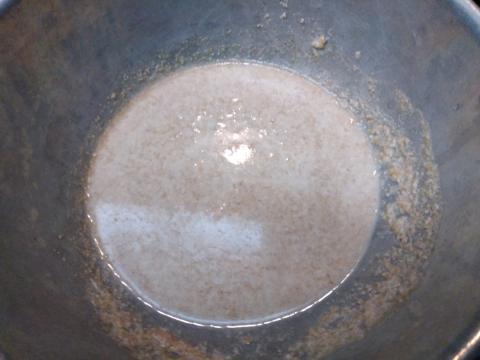 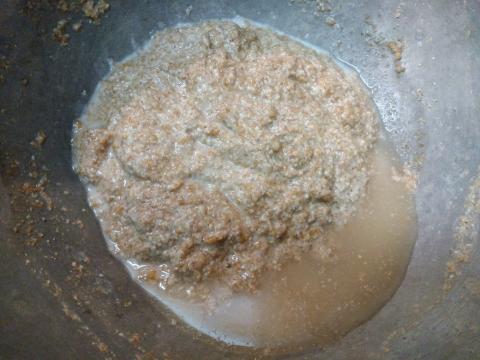 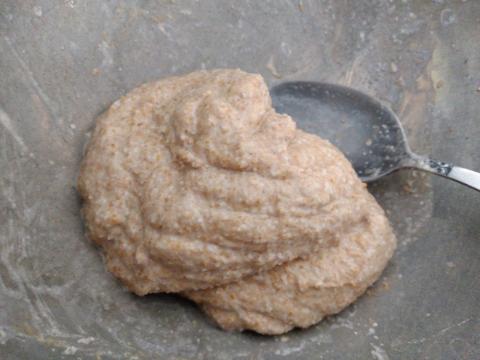 I'm by no means an expert but I know that allowing a ball of dough to soak in water for an extended period of time will cause the starch to wash away from the dough; this is part of the process for making seitan. A cup of water weighs a little less than 2x the weight of a cup of flour you actually produced a soup of nearly 200% hydration, which is far too much for even whole wheat flour to absorb. So instead of the flour absorbing the water and forming a dough/batter, I suspect that the starch dissolved in the water and the remaining gluten (which is not water-soluble) linked together to form a dough. Sugars created from broken down starch are what give bread its flavor so you're probably noticing the lack of sugar.

This tells me I have to migrate to weights instead of volumes.  I'll get my scale out to weigh everything for the next experiment.  Thanks again!