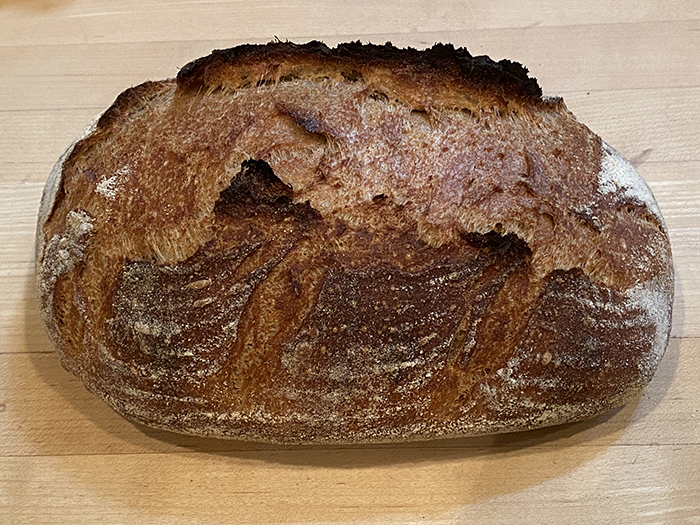 For this loaf I tried a different process.

After 17 hours in the refrigerator the dough was left on the counter for another three hours. There were three stretch and folds during that time. Preshape, bench rest, and final shaping took another hour. Total time, including baking, was about 28 hours. Final hydration was about 86% 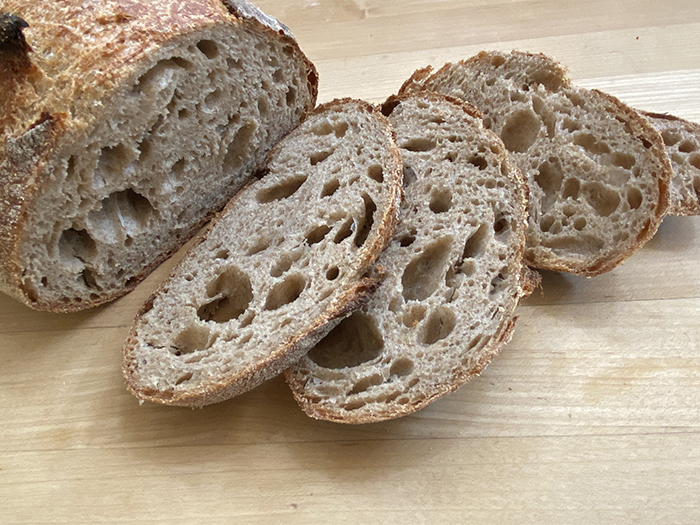 I think it is under fermented. There are some dense spots. Your version of this loaf in your May 6th post is perfectly fermented, in contrast.
It’s still a perfectly edible loaf, and I would happily eat it, if i was there.

For a formulation with a high fraction of whole grain, it looks terrific! The crumb is much more open that you usually see with that kind of flour mix.  I wouldn't go any higher on the total hydration or try to proof it much longer out of concern that it might not make it to the oven.  Well done.

Hello, I'm newbie
ISO ROFCO B40
What happened here?
Hello from West Virginia
Does a starter made with whole wheat take longer...
END_OF_DOCUMENT_TOKEN_TO_BE_REPLACED