I've lost track of how many iterations of this I've made. But it's definitely getting dialed in. I didn't have all the right seeds this time round but wanted to make it this weekend and took some liberties taking it into a new direction - using a soaked oat porridge. It's a great bread but could have used a bit more sweetness. It took longer to proof with all the oats and lost some of it's sweetness as a result. I've found baking same day typically works best for sweetness of this bread. In this case I started the dough around 1:30pm and baked by 9:30pm. I suspect the high percentage of oats are what delayed everything. I'm also using AP supermarket flour as I'm using what I can get and not my locally  milled flour.

400g water - 100% hydration split between the flour and oat porridge

Mixed water not used for oats with rest of cooled oats to break them apart, then added starter to incorporate well.  Then added starter and let rest. Half an hour later added salt and mixed for 7 minutes on medium. Let rest for half an hour and added salt and honey, mixed for a few minutes. Fifteen minutes later added seeds and raisins. Let rest for half an hour. Tried to mix to get window pain but wasn't possible. The dough never really came together in a proper sense but did hold shape eventually with coil folds. The starter was active at the start but proof at 74 degrees was very slow. It took closer to 6 hours to get a good rise out of the dough (at which point I shaped) and towards the end cranked up the proofer to 78 degrees. I think I had far too much oats and would next time use half the amount. Again, the flour used was a commercial AP flour which I think is impacting some recent bakes.  I had to push hydration to 100% because the dough was dry at first. The oats took up a lot more water than I realized.

Overall good, but not great. I cooked it a bit too hot. Crumb was nicely tender. 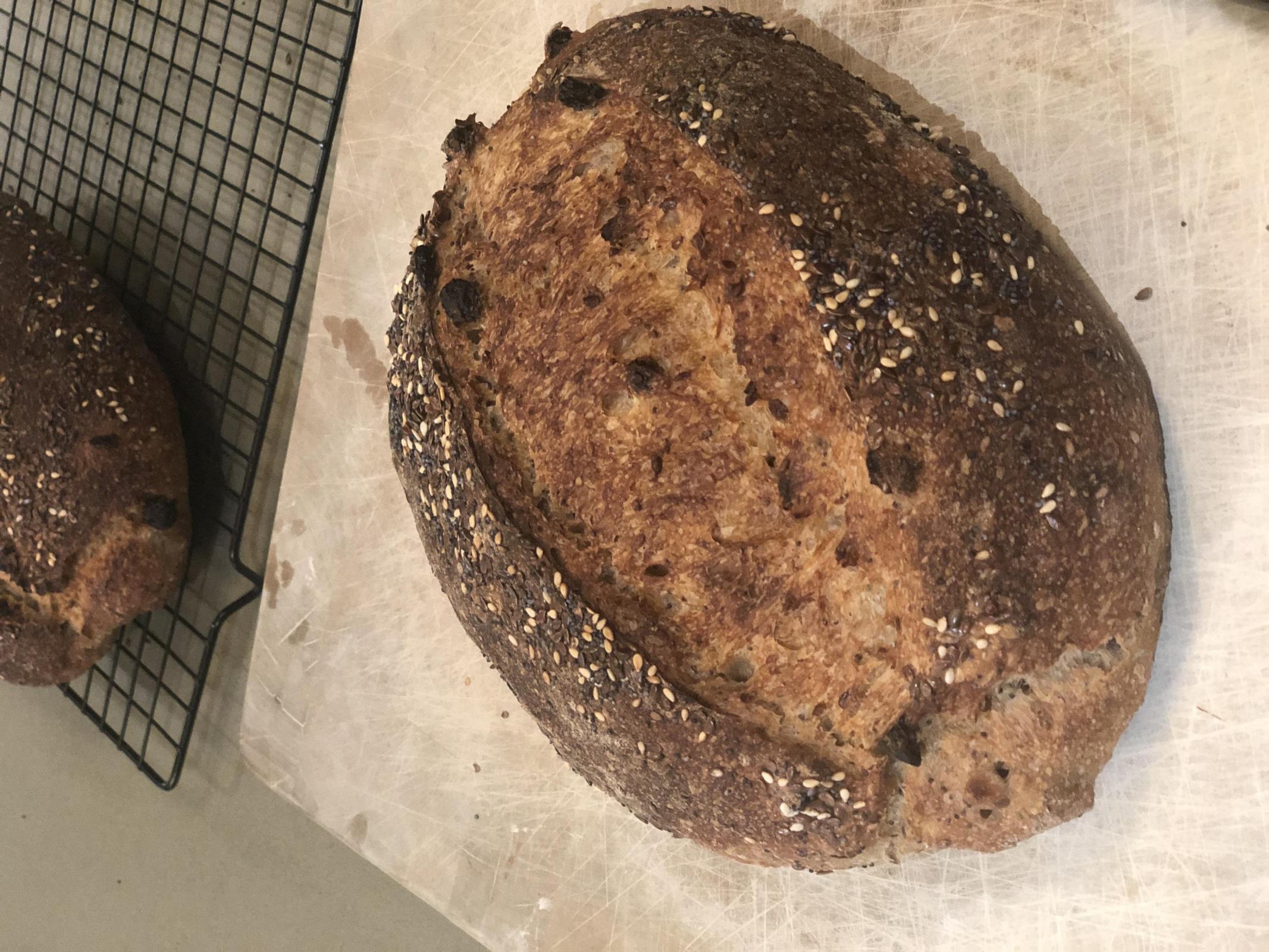 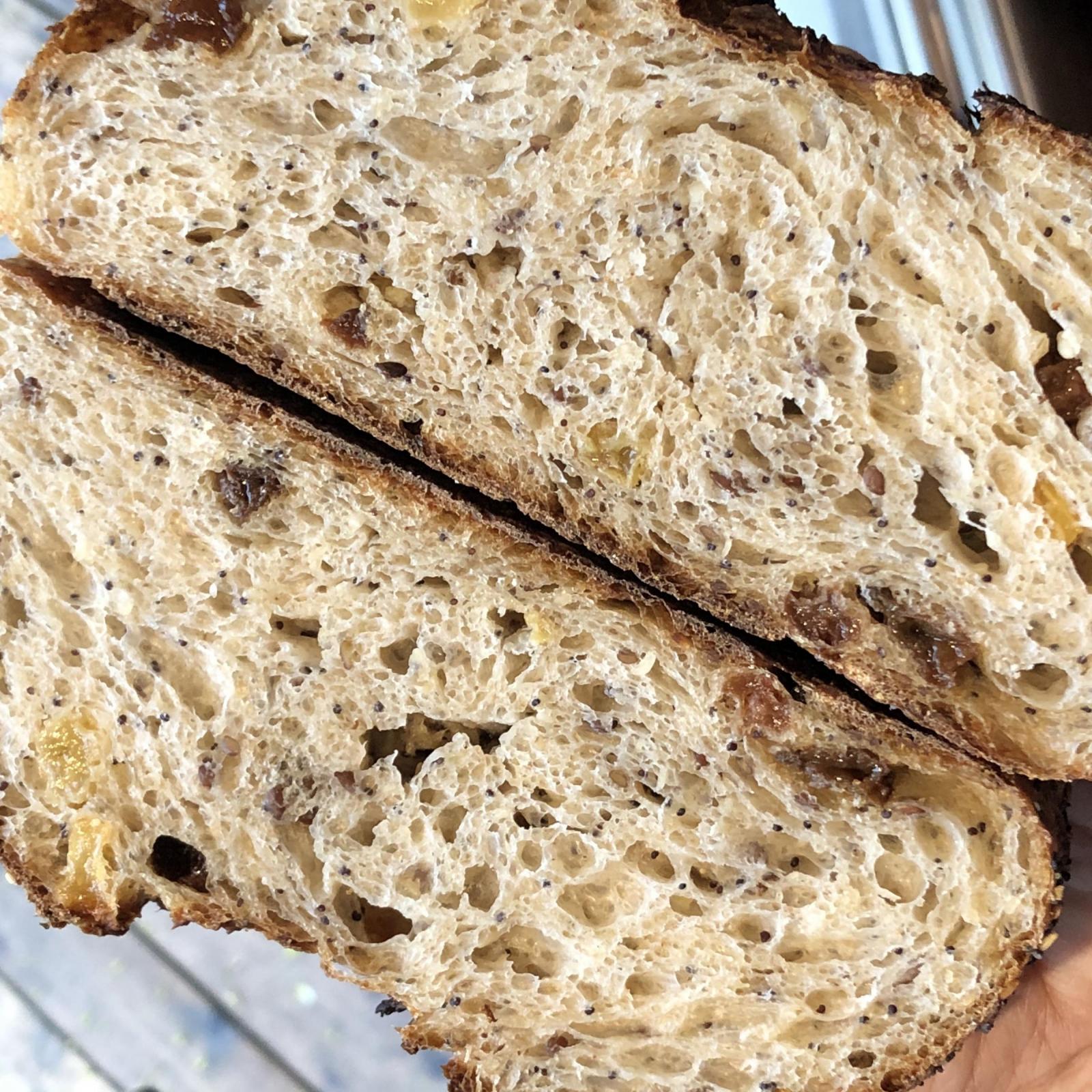 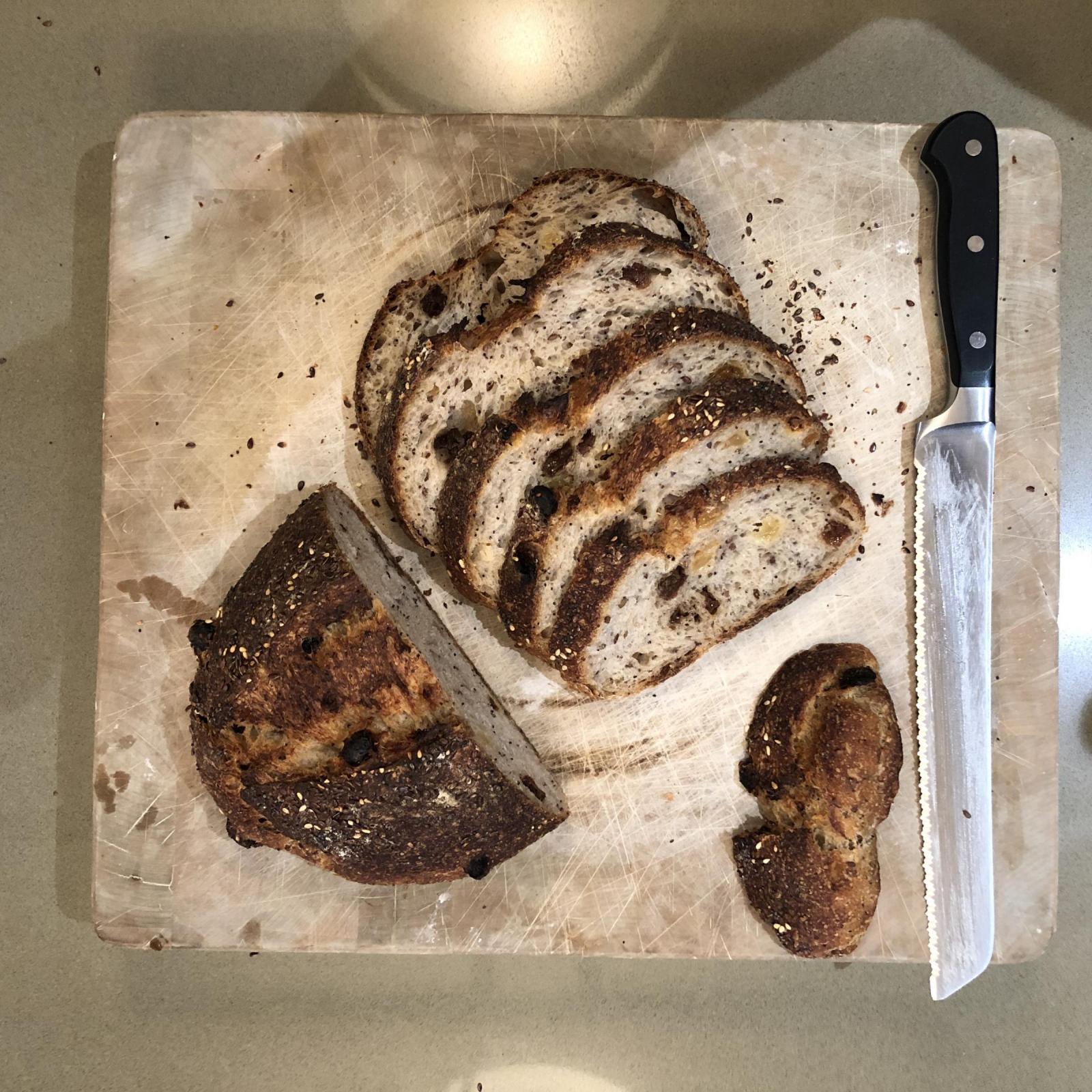 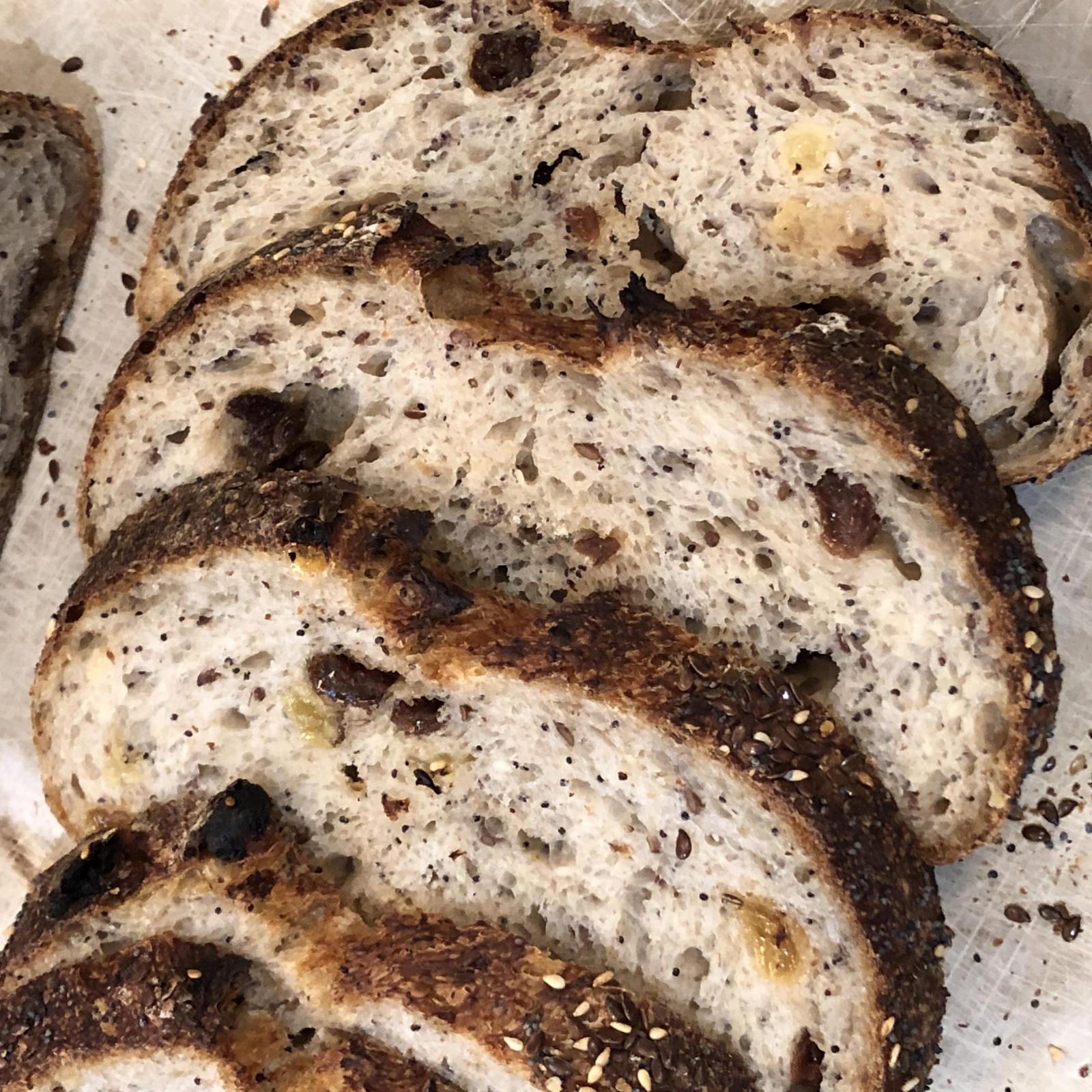