A few months ago Hotbake posted this bread: http://www.thefreshloaf.com/node/61806/fermented-chickpea-sourdough. It looked amazing and it's been bookmarked since. I had some chickpeas and thought to give it a try this week. I didn't have enough chickpeas so I scaled the recipe down a bit and think I used much less water than the original post.

For my records I used : 146g overnight soaked chickpeas, 20g starter and 221g water. I also only have AP flour given quarantine and the run on flours so I tried to make up my own whole wheat flour. I read that whole wheat flour has 14.5% bran, 2.5% germ and 83% endosperm. Lucky for me I had some bran and germ in the freezer so I made up my own whole wheat. So no whole spelt nor dark rye per the original. So I used 328.4g ap flour, 9.2g germ and 26.4g bran to make up a 1/2 AP and 1/2 whole wheat blend total of 365g flour. I added 79g water in addition to the soaker water. 24 hours after the soaker was made (5pm) I made the dough, bulked for 4 hours at 74 and then shaped it into a basket. Into the fridge and baked the next morning about 12 hours later. I think I could have pushed hydration as this was a stiffer dough.

But this turned out to probably be one of the most moist crumbs I've ever made - in a good way, not gummy at all. And very very soft. The crust was nice with a bite but also soft as well. The bread wasn't as aromatic as I was hoping and I felt I could have increased the chickpea content. I think having the rye and spelt with proper bread flour will really dial this in. When life eventually gets back to normal and I can get the right flour I'm definitely making this again. Very nice bread! If you've read this far you really need to give this a try! 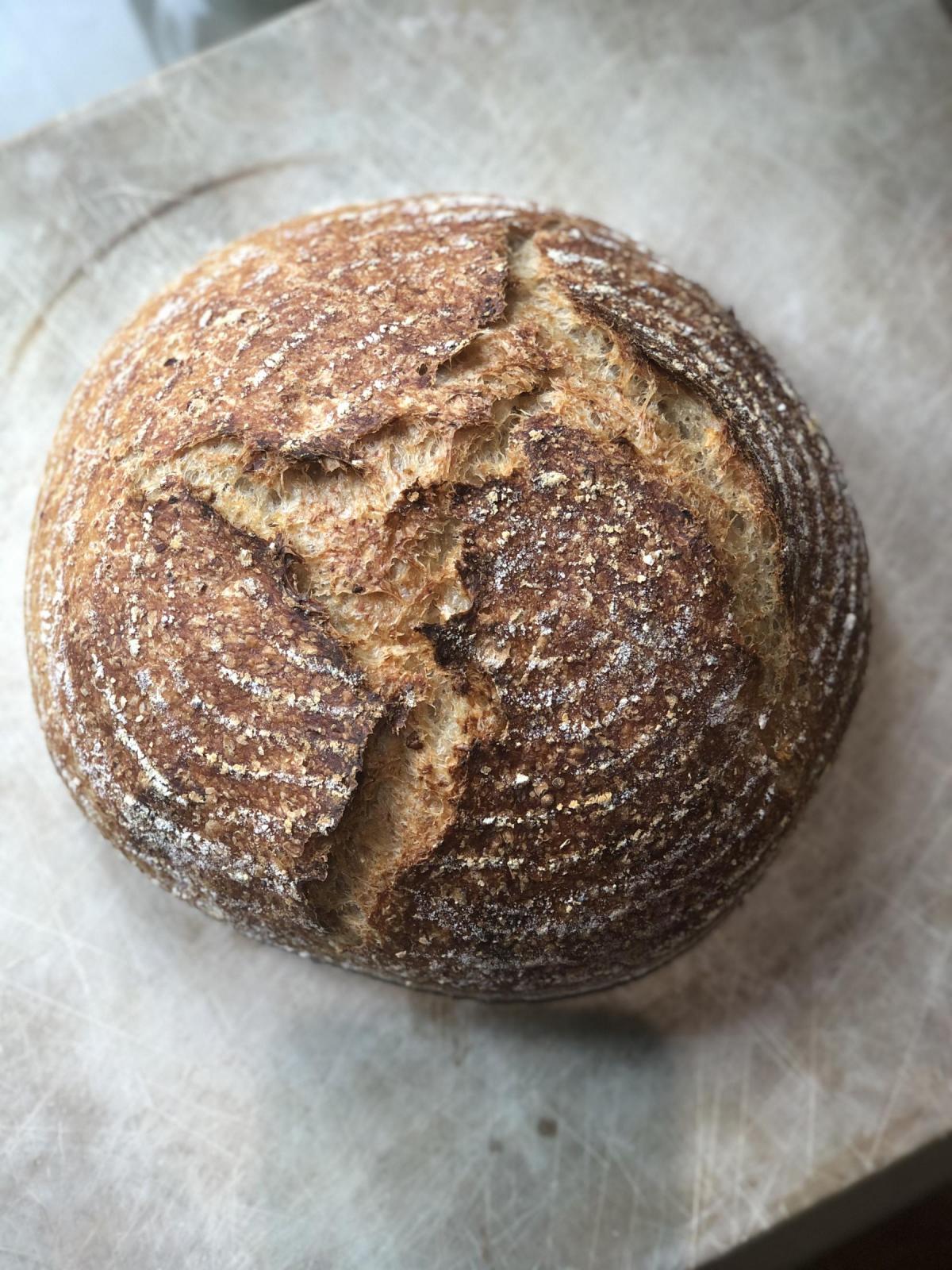 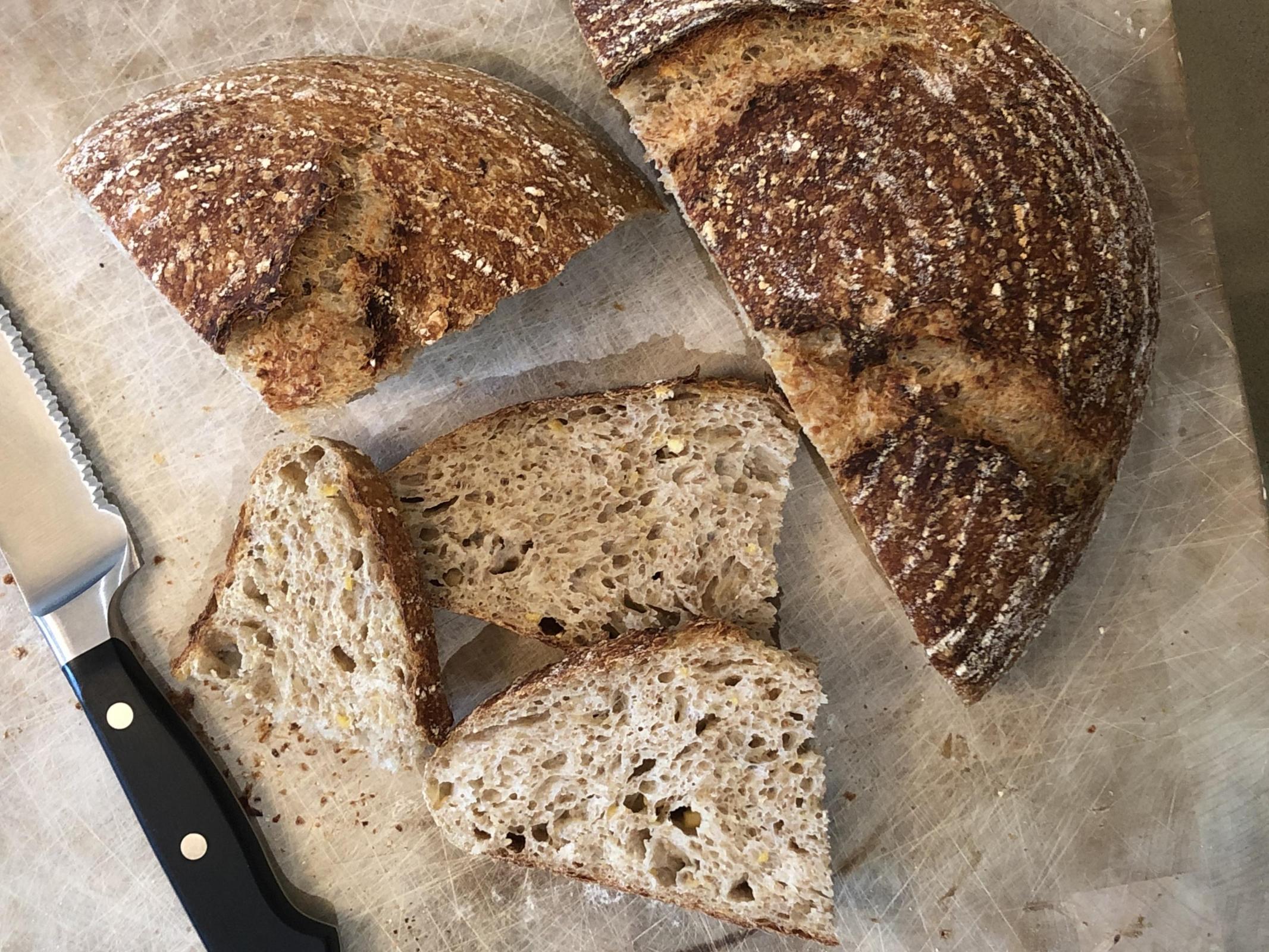 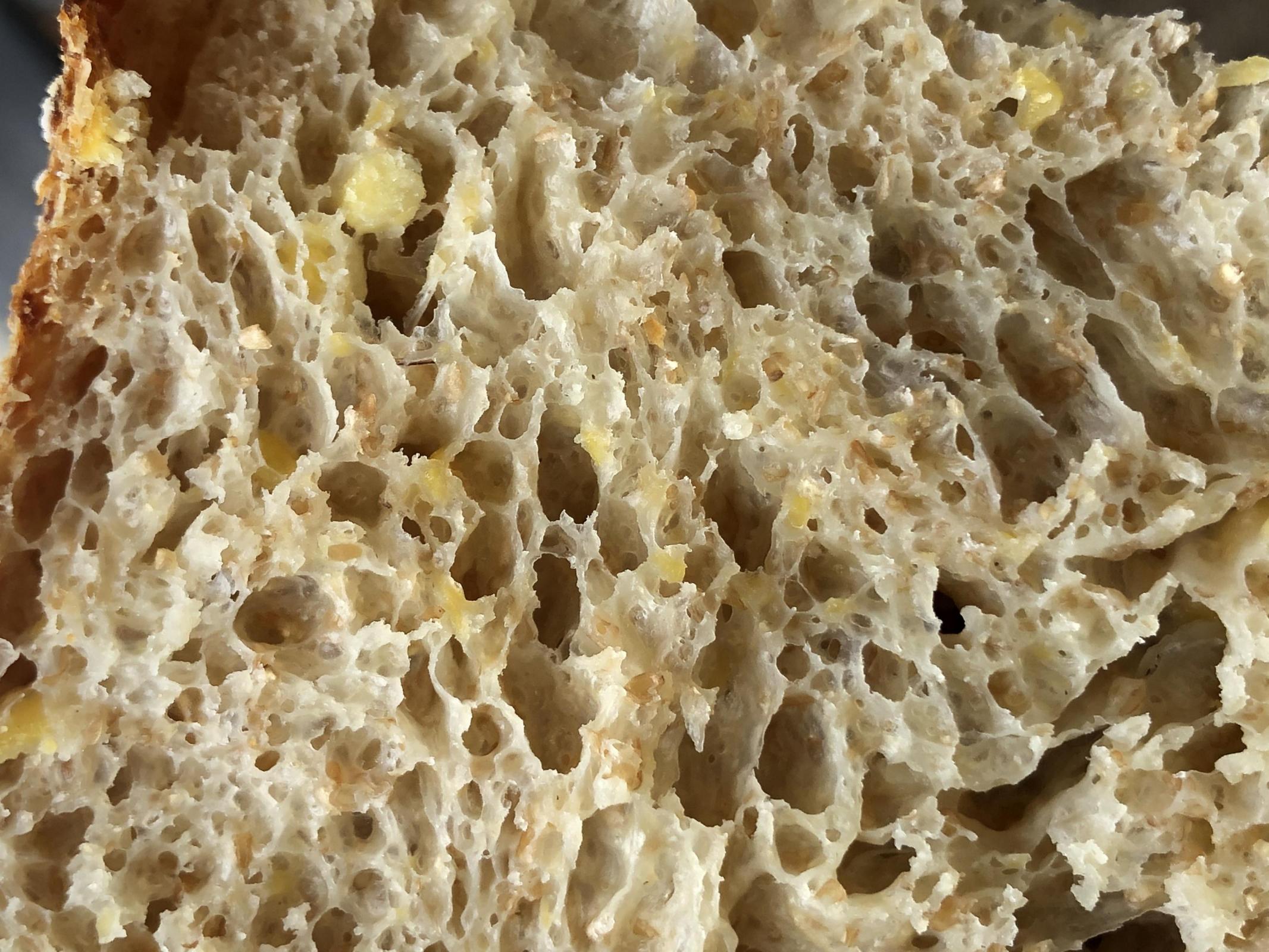 That looks & sounds delicious. Might have to give this formula a try sometime!