I haven't tried to make this bread in a while but went back it a few days ago.

I gave the flours, malt, starter and water a 30 minute rest, added the starter, gave it another 30 minute rest, added all the additions (seeds not toasted), used the mixer along the way and then proofed at 74. I baked same day.  Overall it's a good bread and one of my better attempts at recreating a bread I've had. I need better crumb openness and think I might cut back on the raisins to 50g, the flax to 20g and toast all the seeds. My starter was no doing it's best that morning (my fault), so that should be improved too. I'm also thinking that I might use a lamination technique to add all the additions next time too. I felt the raisins could be better distributed. This bread has been a struggle to dial in but I'll get there - eventually!

Overall a good bread, almost there. I had thought I too a picture of the loaf but guess I didn't. Here's a crumb shot. 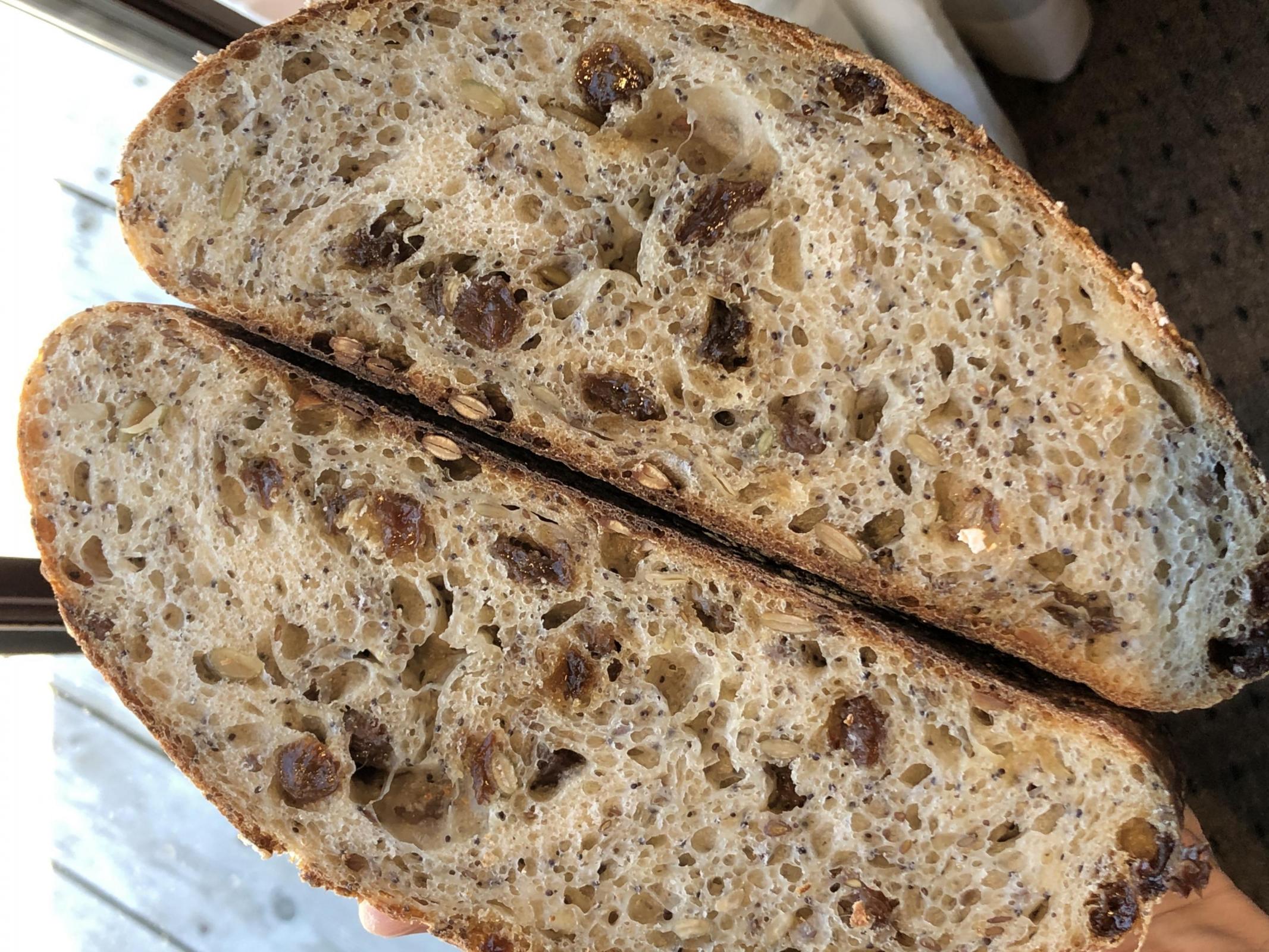 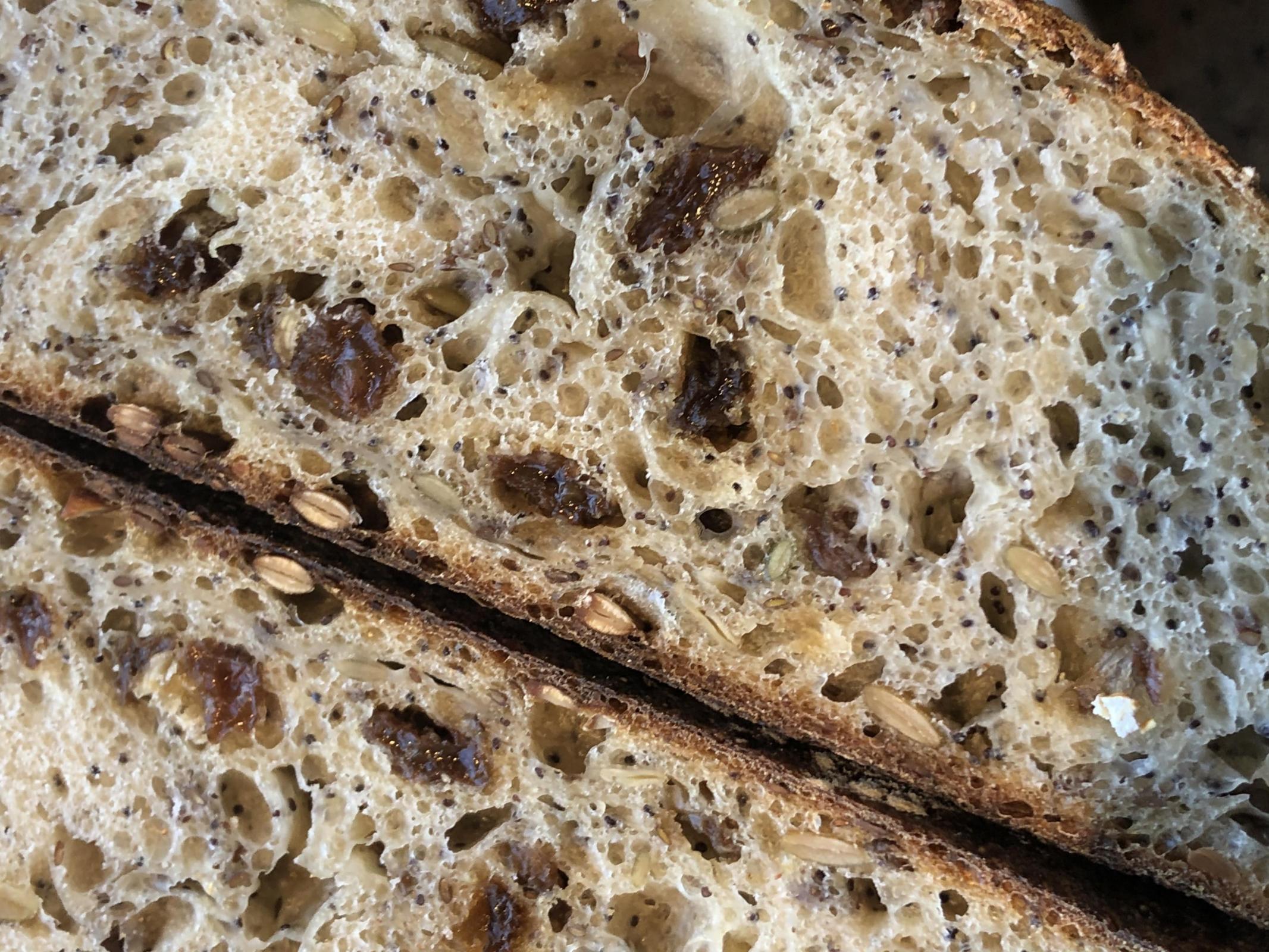