Hello from the American prairie

Hello from the American prairie 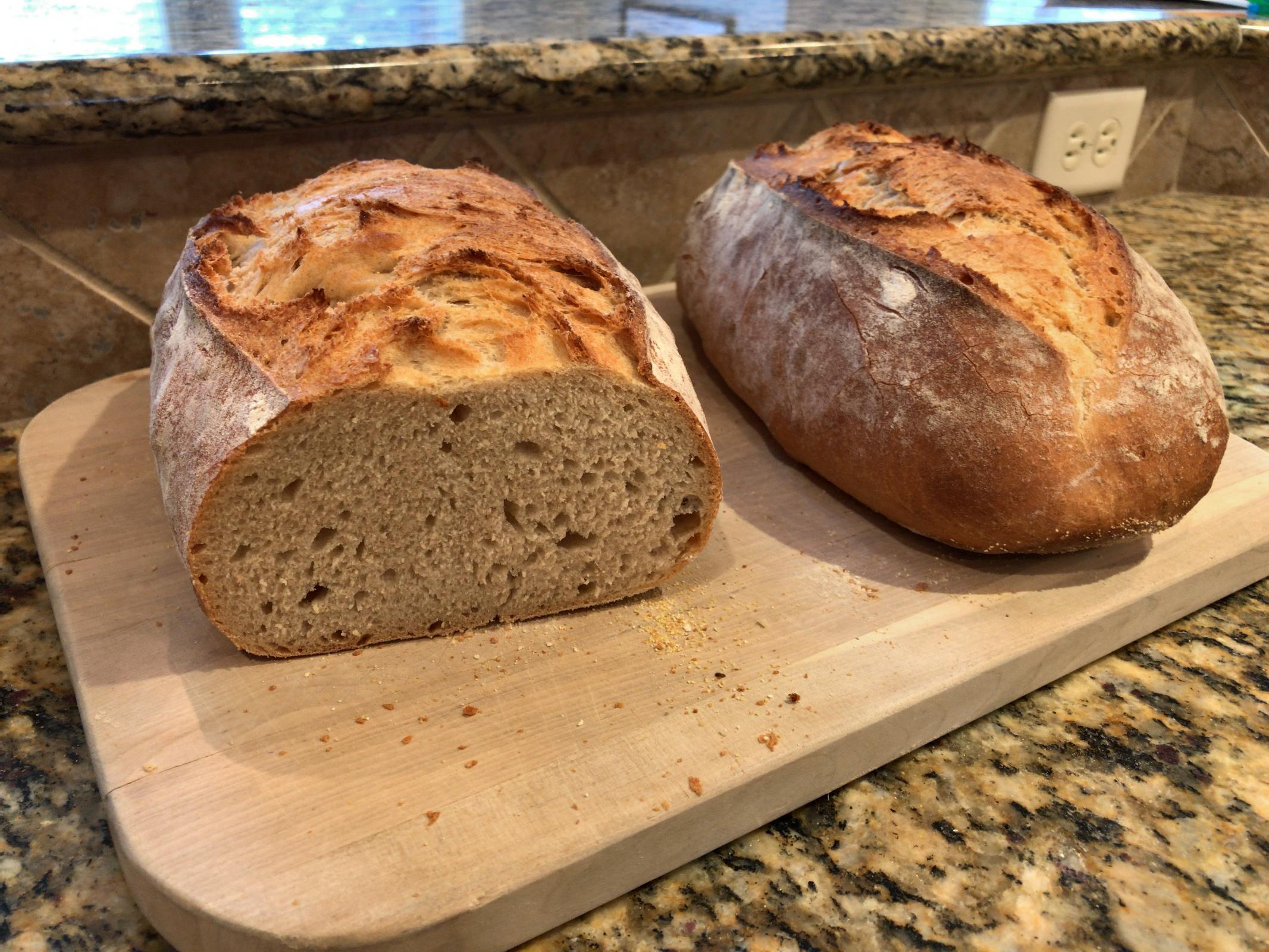 Hi, I got a lot of info from this site several years ago but took a break when kids took precedence over baking.  Anyways, I've gotten back into it, and our oldest loves when we have fresh bread available for breakfast, snacking, and PB&Js.  The pictured bread is a simple yeasted bread basically following the recipe here...

I substitute 1.5 cups of white whole wheat flour into the recipe and just do 2 loaves instead of 3.

I've also been playing around with some sourdough and have had recent success on the last two bakes.  Entries on sourdough on this site have been a big help in getting that project going.

See you (or your posts) around!

Very nice loaves. Would you mind posting the exact recipe for those on this picture? Thanks!

Using the recipe in the prior link as the starting point, here's what I did...

Stir in 1 tablespoon salt and 3 cups bread flour.  Knead for awhile until I'm happy with the feel.  Cover and let rise to double, then punch down and let rise again to double.

Divide into two balls.  I did some light kneading on the balls and rotated them with my hands while stretching down the outer layer of dough (not sure of a better description).  I let them rest for ~10-15 minutes then formed the loaves.

While the loaves rose, I preheated the oven to 500 with a baking stone in the middle of the oven and a cast iron pan on a lower rack.  When the loaves had risen so that I could lightly press them with a finger and they would only partially bounce back, I scored the tops and placed them on the baking stone.  I added some boiling water to the cast iron pan for steam, closed the oven and reduced temp to 450.  They then baked for ~25-30 minutes until of good color and sounded hollow-ish when tapped on bottom.

I've used this recipe for awhile now with variations in whole wheat flour and have had good luck with it.

Some of my favorite loaves have been when I used this dough with all bread or All-Purpose flour and used a third of the dough to make pepperoni bread.  For that, after the second rise, I've flattened out a third of the dough into a rectangle, covered that with pepperoni slices, placed some shredded mozzarella on top of the pepperoni, rolled it all up into a loaf, and baked similarly.  That idea came from a bakery near Pittsburgh when we lived there for a few years.

Hello, and thank-you everyone for your...
Hello from Buffalo!
Rye Crust in Karelian Pie
Am I on the right track?
deck oven issues with sourdough
END_OF_DOCUMENT_TOKEN_TO_BE_REPLACED