Community Bake - I have an Idea - Want Input

Community Bake - I have an Idea - Want Input

As I consider ideas for our next Community Bake (CB), a particular crumb comes to mind. We have chased extreme open crumb, and many have succeeded gloriously. I think/hope that many of our participants are ready to pursue the Lacy HoneyComb crumb. If only we can produce breads that somewhat resemble the crumb of a croissant! It is not the Instagram Crumb that is so popular at this time. But, as far as I am concerned, it should be. What more can you ask of a crumb type? It is absolutely gorgeous, photogenic, and it even holds your condiments without slipping through the giant holes that are ever present in “bread porn” shots of this present time. Here are a few screen grabs to visually communicate the crumb mentioned above.

For those who are not familiar with our Community Bakes, see this link.
http://www.thefreshloaf.com/node/61187/list-past-and-present-community-bakes

My ultimate crumb is the one on the top left, which do you like best? 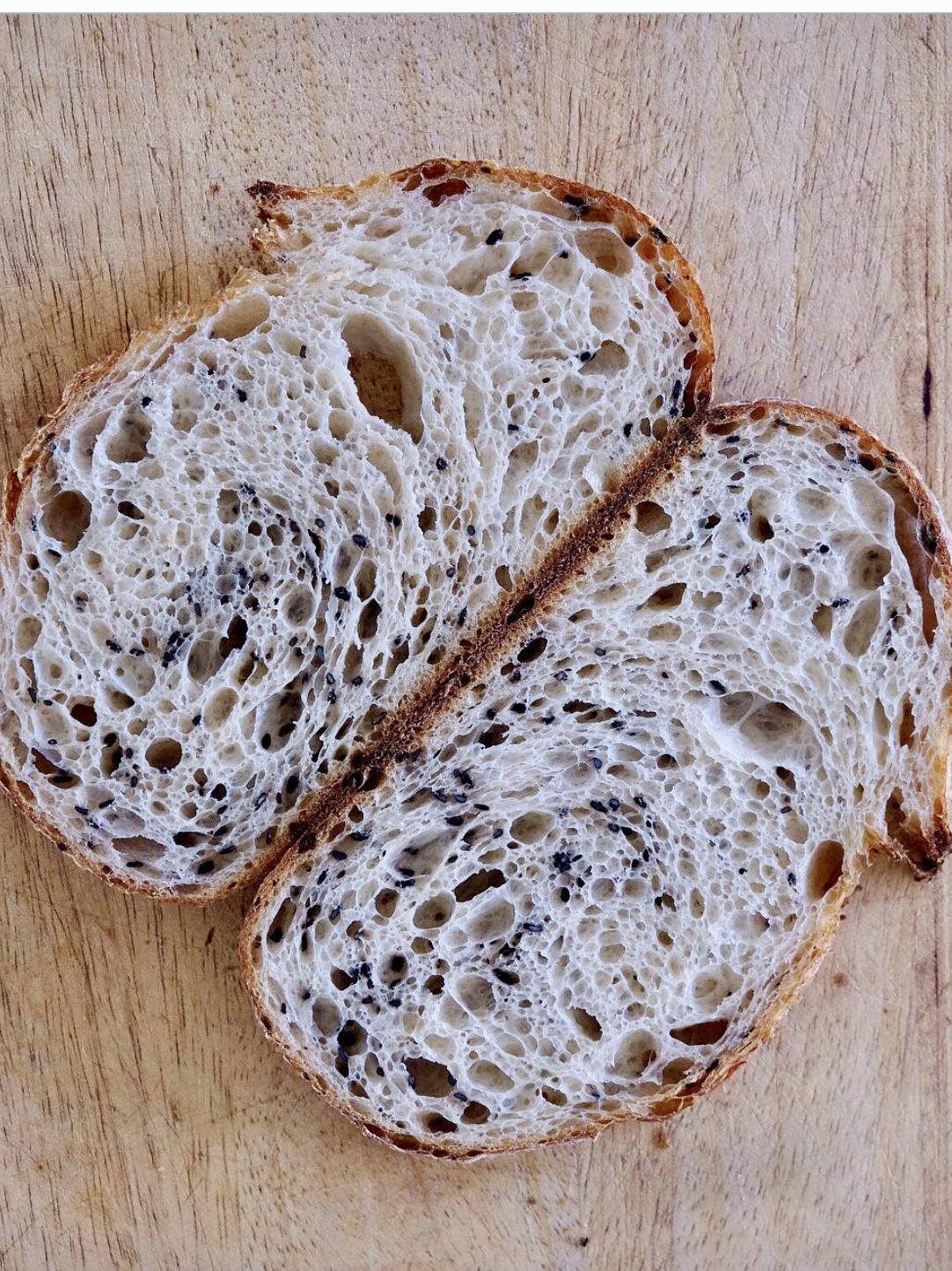 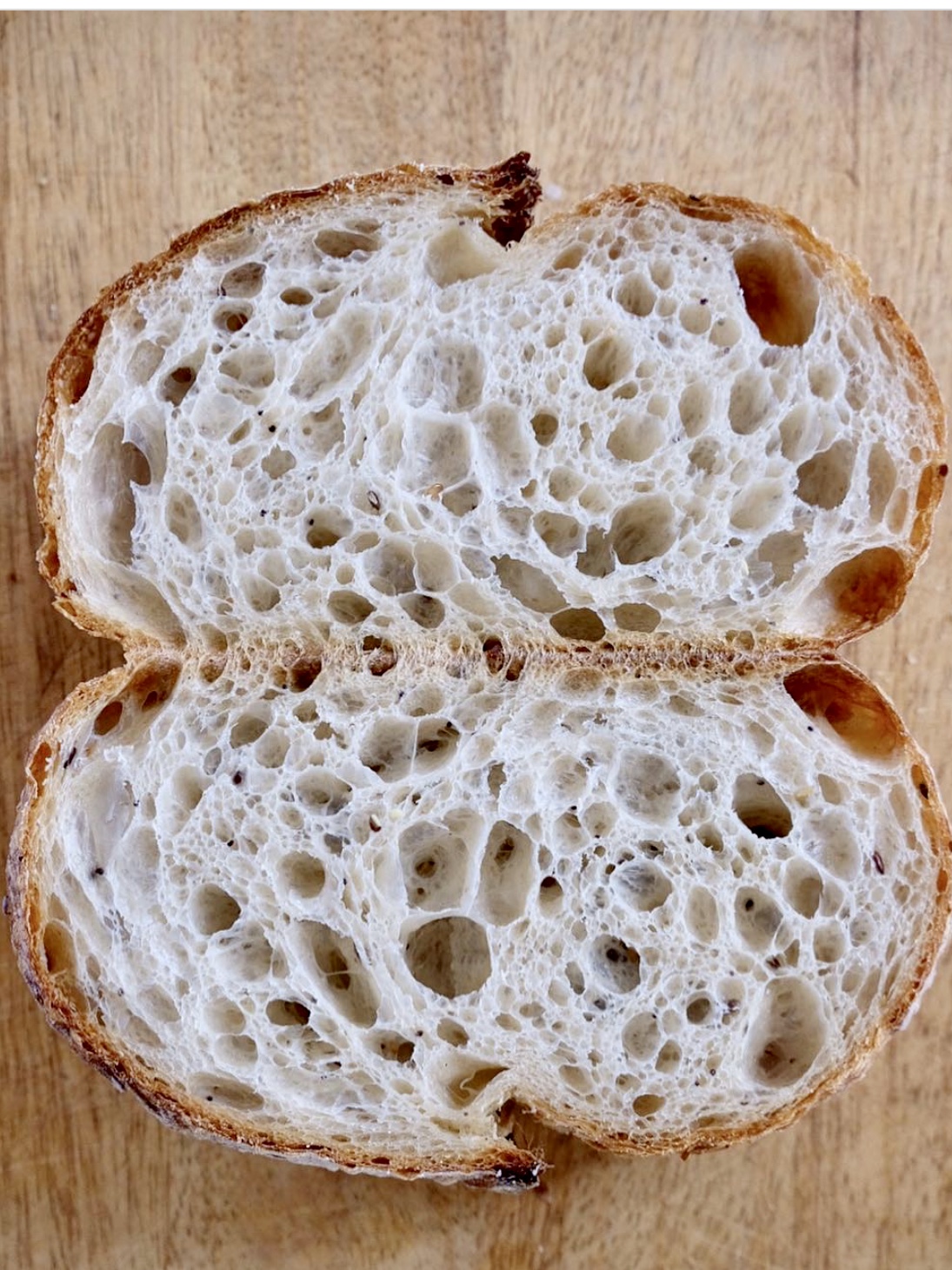 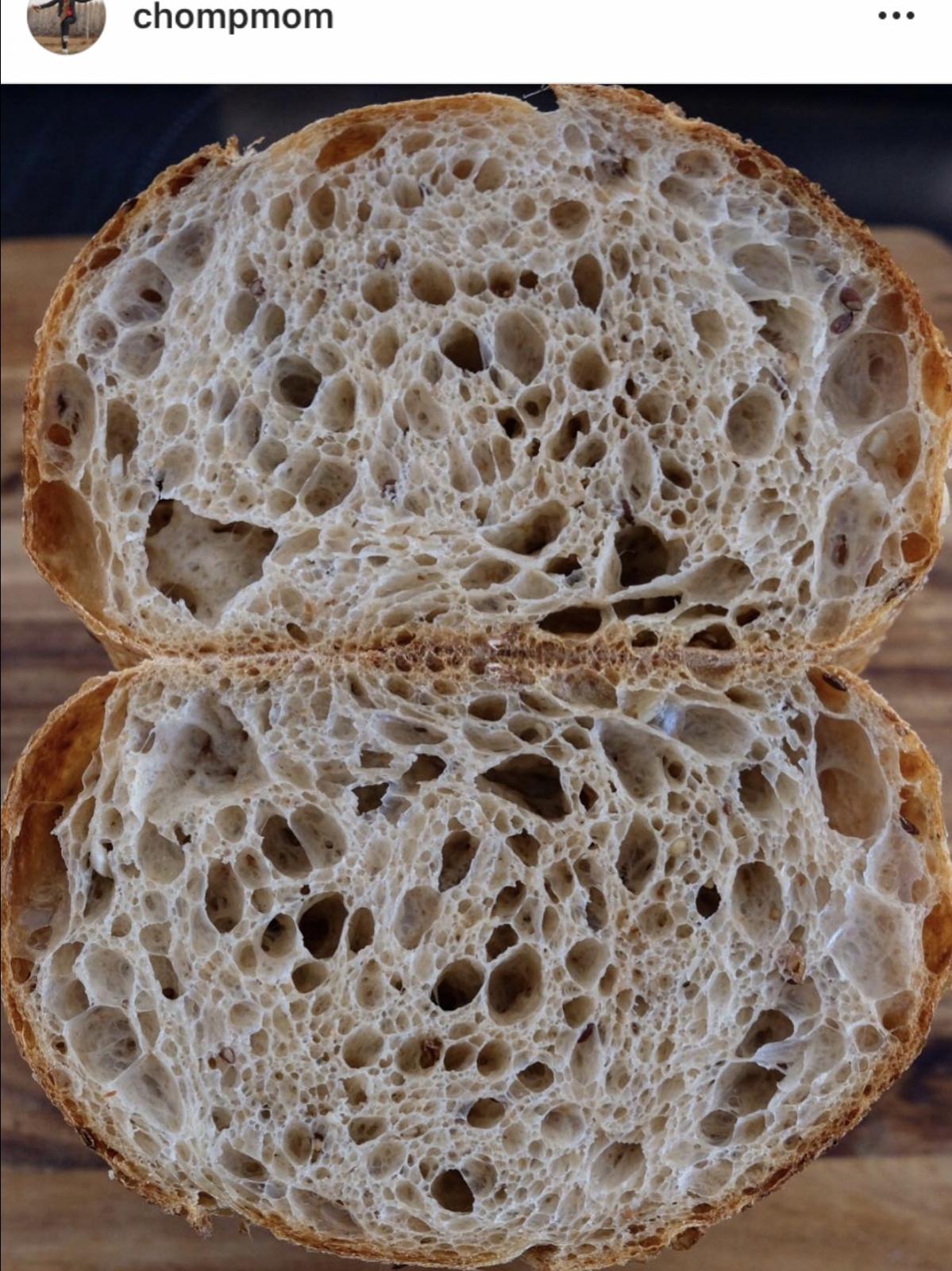 All of the Instagram screen grabs above were baked by “Chompmon”. I am in contact with her and hoping to pick here brain for help with this type of crumb.

QUESTION - Is there an interest among The Fresh Loafers to pursue this type of crumb with me?
Should it become our next Community Bake?

Hopefully, with input from all of the CB participants, we can learn together to consistently bake breads that will produce this type of rare and gorgeous crumb.

Looks spectacular. Would love to try my first community bake!

My favorite loaf is top right and bottom left. They look the same

I would be satisfied with any of them, I think this would be a good CB. Dan, Does Mrs. Ayo ever feel like an "Instagram Husband"?  ;-)   (What does she think of that video I linked?)

Dave, neither one of us knows squat about Instagram or Facebook for that matter. We don’t have a clue...

An open even crumb is the gold standard for many bakers. They're looking for open crumb with a light airy texture and moderate sized alveoli, but don't want any dense areas or too many overly large holes or tunnels. Something that would still make for great sandwiches and toast – but that isn't a factory- style pan loaf.

They're after the honeycomb pattern.

Don't let the name fool you. Honeycomb crumb isn't necessarily a perfect matrix of even-sized alveoli. Some holes will be bigger, some smaller. Some might cluster a little heavier to one side than another.

But as a whole, a slice of honeycomb bread will have a fairly even texture all the way through -- with only moderate variation in hole size, and little clustering.

Honeycomb-patterned bread is very light. A slice is like the cross section of a cloud, mostly air. It's very soft and billowy, almost delicate. The evenly spaced and open alveoli are perfectly suited for catching butter or jam. Indeed, a slice of honeycombed bread will likely take twice as much butter due to its deep regular spaced holes.

And it was practically made for toasting.

Honeycomb crumb is very difficult to achieve. It takes a combination of well-developed dough, perfect fermentation, and extremely gentle handling. But the reward can be well worth the challenge.

For the highest representation of the Honeycomb pattern, the crumb should be lacy as well. Lacy honeycomb is a dream. It truly looks like the honeycomb found in a hive. And its achievement tastes just as sweet.

Trevor is a communicator extraordinaire. He says things in such a descriptive way and at the same time does it with such grace. I’ve actually asked him to consider writing a novel. <For True>

I suspect that Lacy Honeycomb crumb will challenge us as much, and probably more than any other type of crumb. Thanks for posting that.

A Dremmel tool and some varnish and with a steady hand you could make whatever crumb shot you want!!

Count me in! I would love to be able to achieve this crumb consistently.

I would be delighted to call any one of them mine,......if only!  But if I had to choose I would go with middle right.

A honeycomb crumb is what I would like to see every time I cut into a freshly baked loaf but so rarely do, so I think a community bake based on that would be a great idea and I look forward to taking part and learning more. Thank you Dan for putting this forward.

How are folks doing on their progress on the lacy crumb?

TwoCats, the proposed Community Bake, featuring HoneyComb Lace was put on the back burner. The baker that was supposed to work with us cancelled because of time constraints.

If you have any ideas, please let me know. I really would like to do this CB, but we need someone to head it with experience and success with this type of crumb.

Unfortunately, the bakers that I am aware of that are producing this type of crumb on a regular basis are extremely rare.

At the present we are hosting the current Community Bake featuring Whole Wheat bread.
http://www.thefreshloaf.com/node/62486/community-bake-approachable-loaf-bread-lab