I just had a significant breakthrough in my quest for an open crumb, Tartine style of boule. I have been pursuing this for about two years now, and once in a while I get a nice open crumb, but usually not. And for the last year, it has been a tight crumb interspersed with big holes. See first crumb pic.  The oven spring would be great, the scores would open nicely, and with great anticipation I would cut it open to find the same - loaf after loaf. Tight crumb with big holes. For the longest time I thought the problem was not a lack of gas, but a distribution problem. If only I could get the gas in the big holes more evenly distributed, I might have an open crumb. I thought it must be my shaping method. Maybe I was trapping big pockets of air. So I changed my shaping methods, but it didn't help.  What in the world could I be doing wrong?
Then I bought "Open Crumb Mastery" by Trevor Wilson.  Man this book is crack for a sourdough bread freak! And in amongst all the other jewels of knowledge came this:

"Fail to fully develop your dough during bulk and you can kiss that open crumb goodbye."

This hit me like a bolt of lightning. I had not been careful to get a good rise (30-50%) in bulk rise. As per Tartine Bread book, I turned the dough at 30, 30, 30, 30 minutes, then let it sit for one hour untouched before scaling and dividing. There was rarely any visible rise at the end of this, but I was not concerned. I still had the final proof to do, and I could and would make it up then.

And THAT was my mistake. I was sure of it. Because I had often started the final proof at room temperature for a few hours to ensure I had good rise by the time it came to take them out of the fridge to bake. But no matter how much rise they would get in the final proof, it never seemed to result in anything but a tight crumb with big holes.

So out from the fridge came my starter, and I got it in shape for a batch of bread. I changed my turning schedule to 30, 30, 45, 45, and then 90 minutes untouched before scaling. This resulted in an obviously more "puffy" dough, and I estimated about a 50% rise in bulk. Loaves were shaped and final proofed in the fridge for 10 hours. In that time they didn't seem to rise any further, though they likely produced a lot more gas. It just didn't show because they were cold and it was compressed.

After two years of chasing, it was pretty satisfying to cut open the loaf and see the crumb in the second crumb pic. The crust is thin and crispy, and the overall taste of the loaf much improved. I am very pleased. I have done another batch since this one with the same good results.

I just thought I would pass this on in case anyone else is stuck in the same rut that I was for so long. Thank you Trevor!

Sorry for the mixed up order of pics. I still can't figure out how to reorder, or upload them in the order I want. 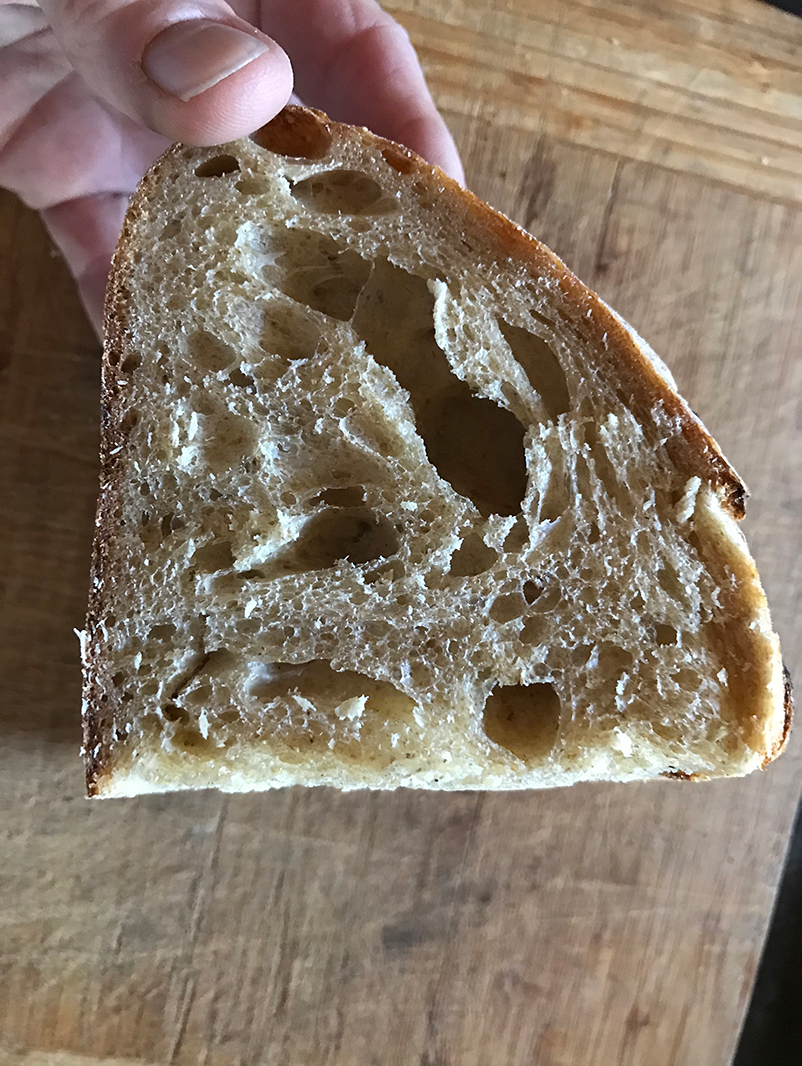 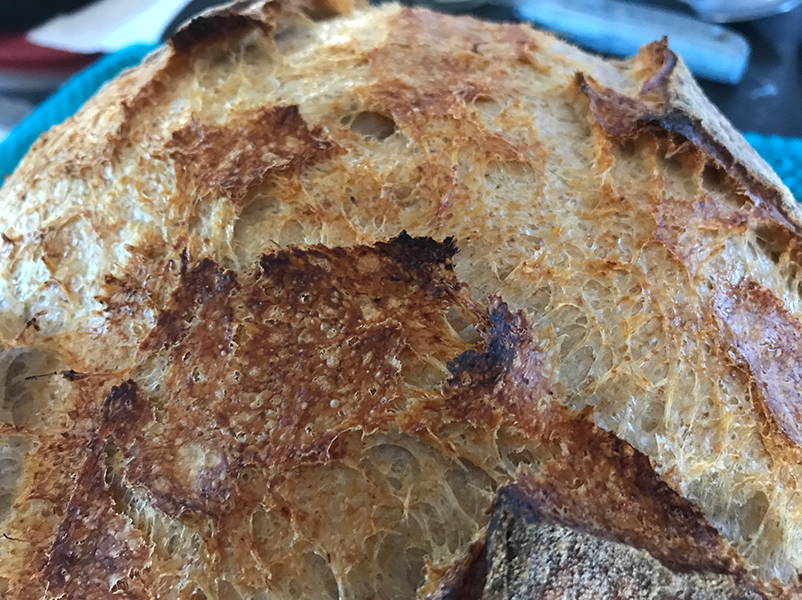 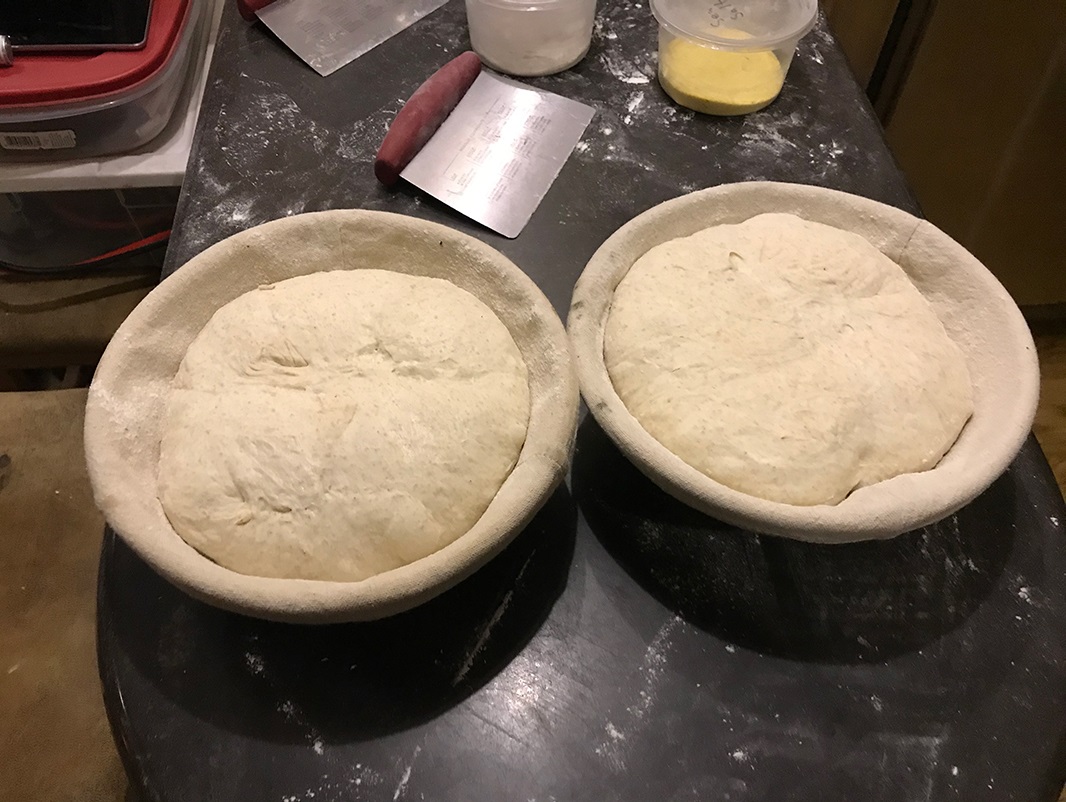 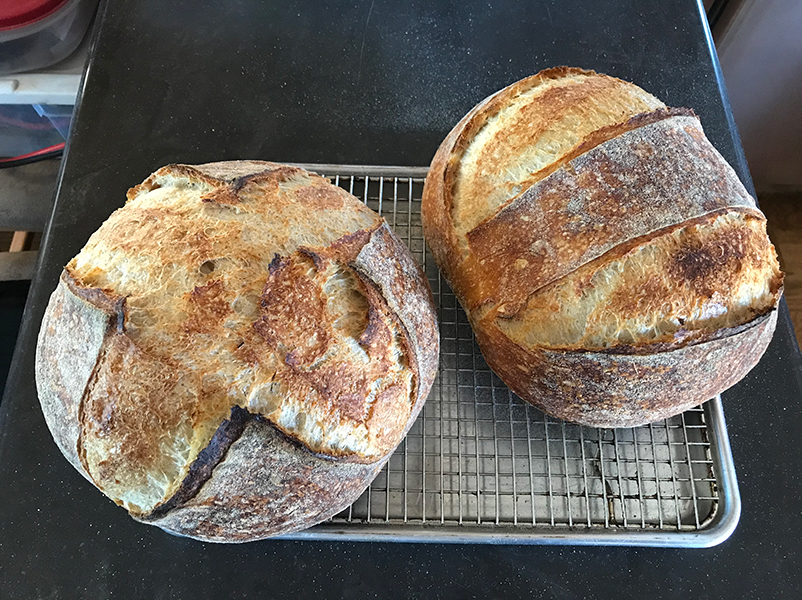 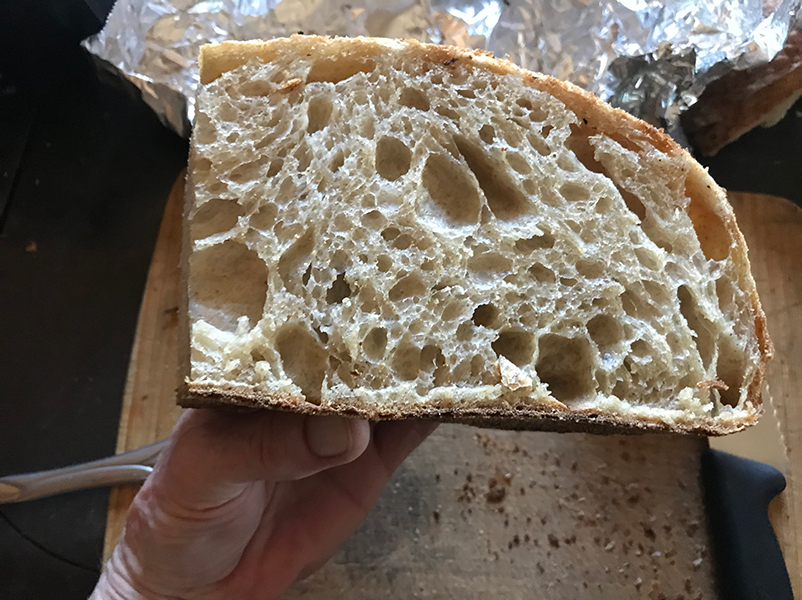 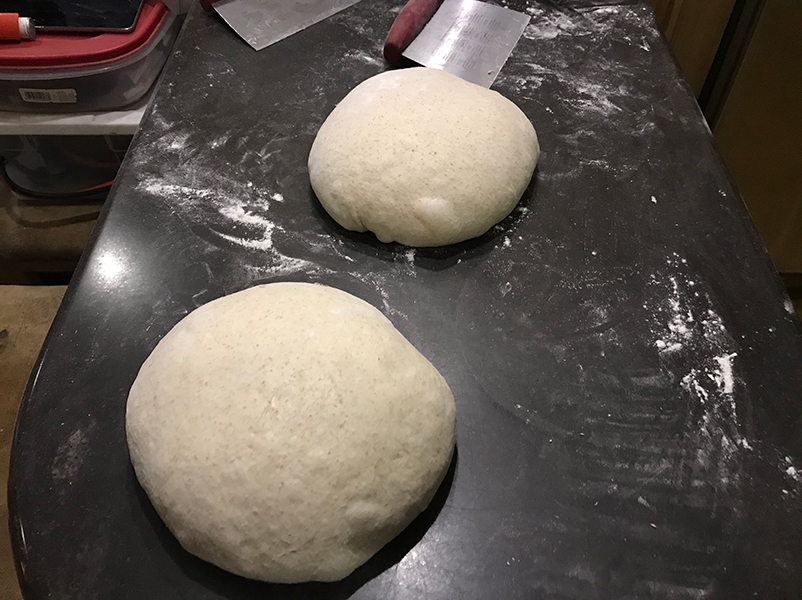 Wow! Thank you for this info!

Your crumb looks great! Thank you for sharing your experience and wealth of information!

that you ended up with the same schedule I follow except for the last bit. I leave the dough until it is between 30 to 50% risen and that often depends on how cool or warm my kitchen is. Your crumb looks a lot like what I get. It took me a few years to get there so it seems you got there faster than I. =-)

"Loaves were shaped and final proofed in the fridge for 10 hours."

Thanks for the info! Cut my loaf open this AM to see exactly that first pic. Reading along it seems that I went wrong in exactly the same way. Mega useful so thanks for sharing 🙌🏼

Wow, great crumb you have achieved, wonderful work.  Many people mention Michael Wilson’s book here, I’ll have to get myself a copy.

That’s an awesome loaf and crumb you have there.  I also swear by Trevor Wilson’s Open Crumb.  It has SO MUCH wisdom in its pages, especially for the 12 USD you pay....  It’s important however to read and re-read each paragraph, and, at least in my case, it was excellent that I had made so many previous baking mistakes before coming to that book that I could recognize every potential pitfall Mr Wilson talks about.

This has been my sourdough revelation too! I never knew what people meant when they said to let the dough bulk ferment until it was "30-50% grown in size" so I just aired on the side of caution and underfermented. After getting fed up with failures, I threw caution to the wind and let the dough go until it was massive and bubbly and I've had success ever since.