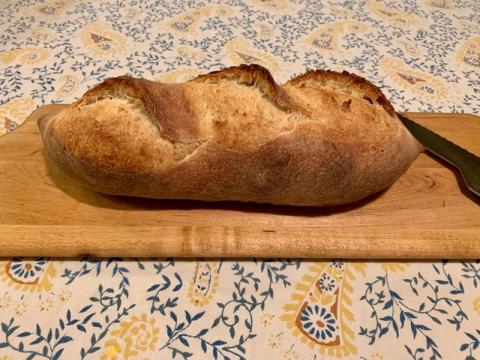 One of my TFL friends expressed concern that I had not posted for awhile. I can reassure him and you all that I am well and baking as much as ever. The thing is I have settled on a few favorite breads (if "a few" is less than ten), and I have already posted about all of them at least once.

This weekend I baked something old and something new, so I have an excuse to report that to which I have been up.

Yesterday, I tried a new baguette recipe. For many years, I have used my San Joaquin Sourdough recipe for baguettes. And I can hardly remember the last time I baked "white bread." But the second edition of Jeff Hamelman's "Bread" has a recipe for "Sourdough Baguettes" I have been curious to try. So yesterday I did. 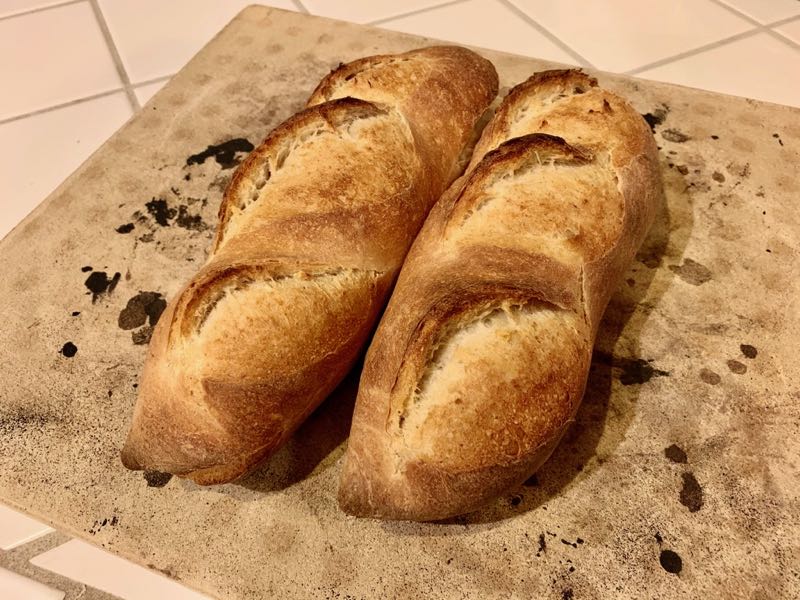 This is an all white flour bread that is yeasted, but it has the addition of some liquid levain. The result is a good traditional baguette in every respect with an added flavor tone of mostly lactic acid tanginess. I made half a recipe using left over liquid starter which I had fed a couple days before. I froze one of the loaves. I think I made pretty good use of the other. 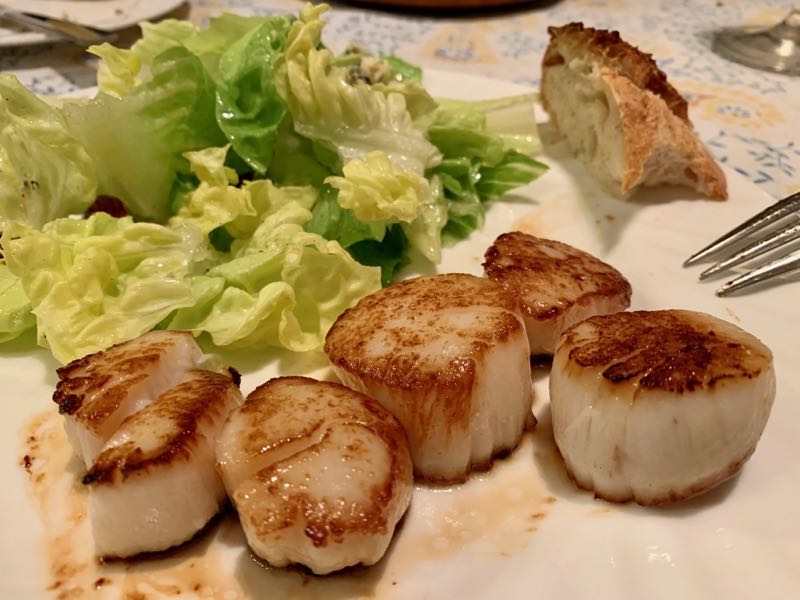 For dinner: Sautéed scallops and a butter lettuce salad.  Delicious with baguette and an Anderson Valley Chardonnay from Navarro Vineyards. 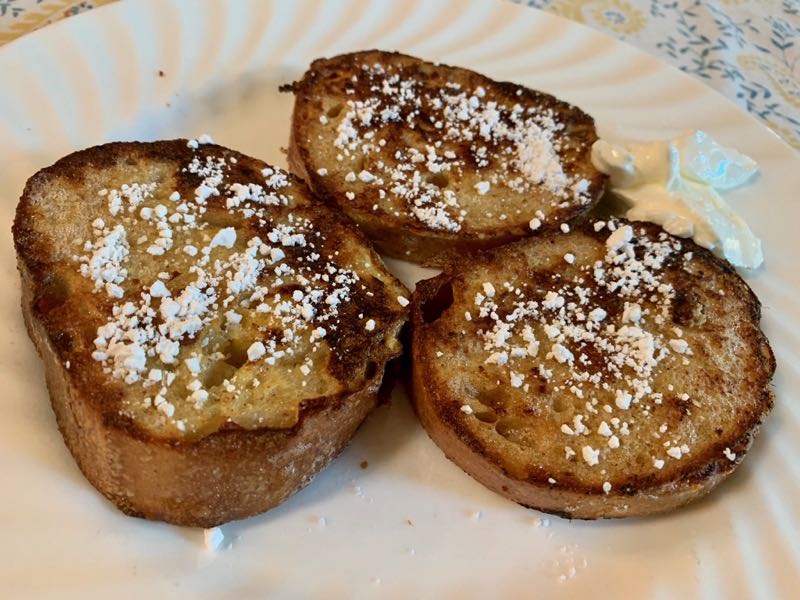 For Breakfast, French Toast with powdered sugar and sour cream. I know that's different, but it's the way my family ate it when I was a kid. 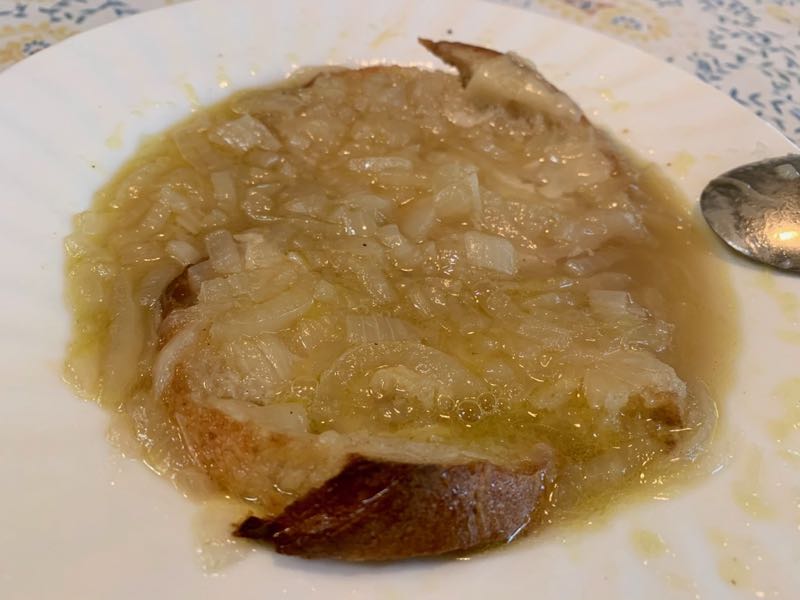 For lunch, Onion soup with croutons and cheese.

We are going to a pot luck tonight for dinner, so I baked a couple loaves of multigrain sourdough bread today. (One for the potluck. One for a neighbor.) 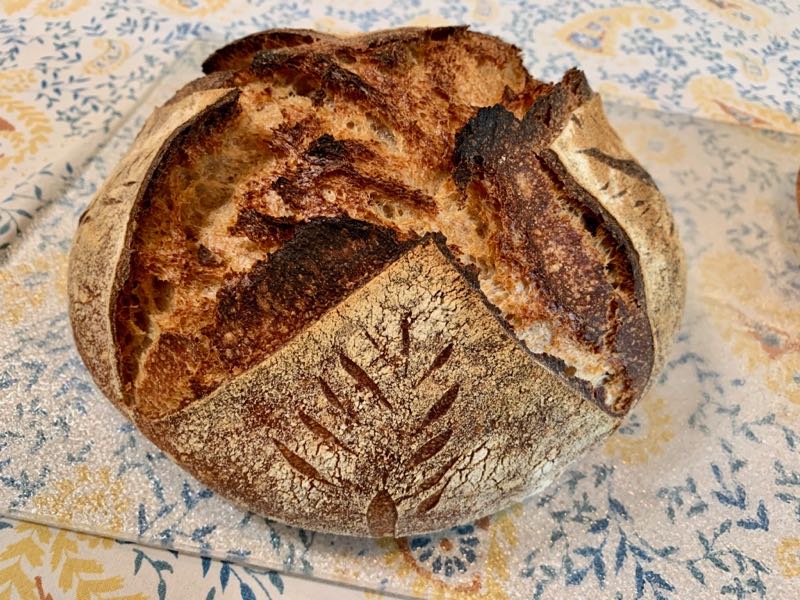 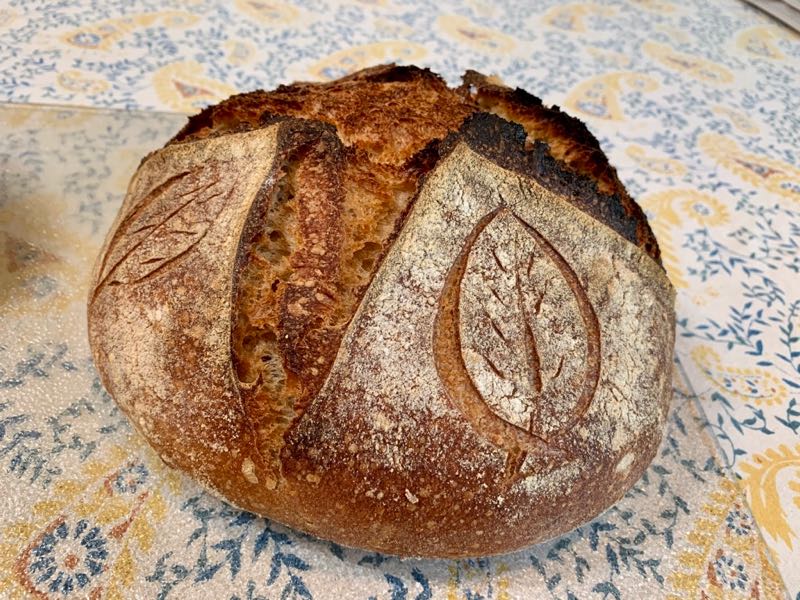 I hope you all are having a happy and delicious holiday season!

I'm trying to do a download of those scallops but so far my app is not doing it.  Dang!

As far as "white bread" levain baguettes, pretty much any Pain au Levain formula or even Mr. Hamelman's Vermont SD emerge from the oven as stars.

David, thanks for posting.  Artistry with the dough and with the lame.

Happy holidays to you too and also happy baking.

Nice work on the baguettes. I'm definitely going to do the sauté scallops and white wine addition next time I'm hoeing into a baguette :)