Question on amount of starter to use in a recipe.

Question on amount of starter to use in a recipe. 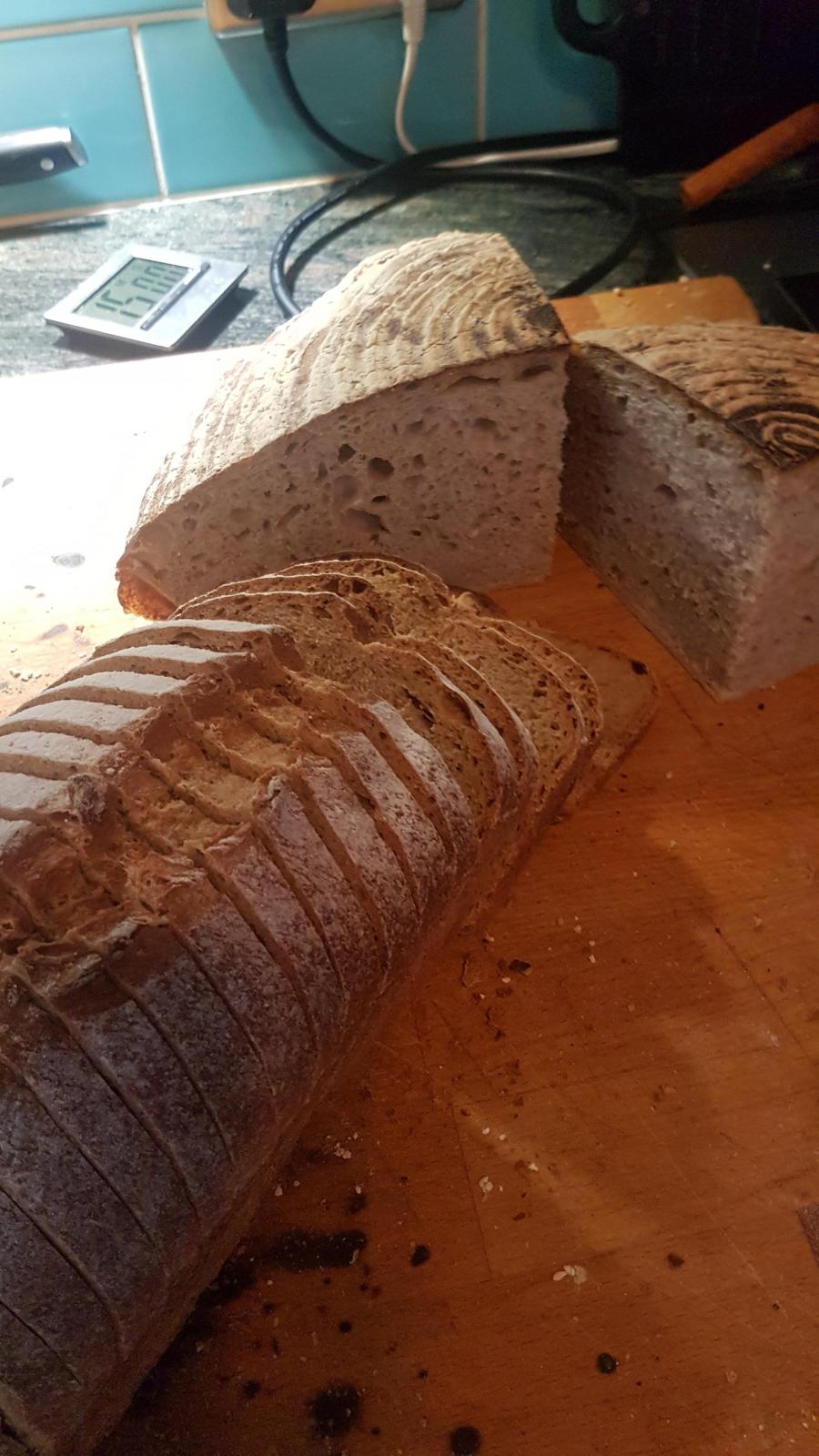 I have been making sourdough bread for a while now and I'm mostly pleased with the results, certainly when it comes to crumb and texture.

However, my bread is never particularly sour, if at all in fact, which niggles me a bit to say the least.

I am wondering why this is and in wondering, I realise there is so much I don't know.

one big question I have is...

how much starter should I use in a recipe?

I've plumped for about 200g of 100% hydration starter, mixed with, say, 1kg strong bread flour and, say 670ml water which turns out a 70% hydration dough. (I sometimes use a bit more flour and water, sometimes a bit less. I get similar results whatever).

I'm wondering what would happen if I doubled or even tripled the amount of starter. I have no idea what that would do. Would it speed up the proving process? (at the moment I prove my bread for a good four or five hours before shaping into loaves and then proving for a further couple of hours).

More importantly for me, would it alter the taste in any way and make my bread sour?

Or is it just something to do with my starter in general? I have been using the same 100% starter for a good three years now. I store it in the fridge, feed it once a week and activate a portion of it the night before baking by taking half a cup of cold starter and mixing with a cup of flour and the same amount of water. I leave that overnight then add another cup of flour and same amount of water and leave for another four hours and use that as my active starter, taking 200g of it to make my loaf. The rest I add back to my cold starter and put back in the fridge.

As I said I'm not unhappy with the bread in general, it looks good, toasts well, has good texture and crumb, but it never ever grabs the sides of my tongue like some of the best stuff I've had in a restaurant does.

Do I just need to start again with a new starter and hope for the best? Or am I doing something wrong in the process?

Just to add, I have tried proving my loaves then putting them in the fridge for 12 hours to develop sourness. Same results. A nice loaf but no sourness.

Any help most gratefully received and thanks for ploughing through this!

Upping the amount of starter could be one way. I use a 100% flour, 60% water, 50% starter, 2% salt formula and its noticeably sour, but still pleasant.
I have also done cold final proofs (between 8-16 h), but haven't really noticed any difference, like you.

I believe reading somewhere that a higher hydration yields more sour flavor, but I don't have proof for that.

Very interesting, thank you for this.

I may be getting this completely wrong but is that a 25% hydration loaf? It seems incredibly dry.

Thanks for the confirmation.

Do you know what hydration your starter is?

100% hydration, for me its the easiest to maintain and moreover, easier to calculate with.

I would have to say that sour is more a product of starter composition (ratio of yeast to lab) than starter amount. If looking for more sour I would suggest keeping your starter in a cooler environment, say 40-50F. for a while. This should reduce yeast growth and increase lab growth giving a higher ratio of lab to yeast, and a more sour flavor. The unfortunate thing, if you could call it that, is that you would have to adjust your recipes and timings as you would now have a very different starter that will react very different. But that's part of the fun! Enjoy!

Thank you for this. Do you mean keeping my starter in a cooler environment when not in use ie the fridge? I already do this.

Or do you mean keeping the active starter I am using to make my loaf in a cooler environment?

Hi Ben! I just posted a reply that dealt with some of your interest concerning starters and sour flavored bread. You may find some of it interesting. http://www.thefreshloaf.com/node/61659/ear-bloom-and-oven-spring-skin-deep-beauty

Baker’s percentages are based on weight, rather than on volume.  So, any combination of flour and water where the water weight matches the flour weight is 100% hydration.

Hydration is also a factor in sourness, so understanding what your starter’s and dough’s true hydrations are will help you toward your goal.

no that's me being lazy in my description! I have a 100% starter which feed with equal amounts of flour and water by weight after I have used some to make bread.

Today I've experimented by activating my starter a whole day early ie I mix half a cup starter straight from the fridge with 1 cup flour and the same amount of water by weight. I let that activate overnight then continue to feed throughout the next day at room temp. I have no idea whether this will increase sourness. I read conflicting things. Some say the bacteria that produce sourness don't like cold. Others say they do and that's why it works putting a proved loaf in the fridge to retard the rise but increase the sourness. I must say I've done this a number of times with absolutely no difference in the level of sourness which remains non-existent.

I'll keep experimenting. It seems there are no easy answers though. I've tried different hydrations, different times for the rise, different amounts of starter. I just wonder whether my starter simply doesn't produce this flavour and I need to create another one.

Thank you for your thoughts on this.

As an addendum to my thread about trying to achieve a sour tasting sourdough, I baked some bread yesterday using some suggestions I garnered on the subject. I baked an 80% hydration focaccia and a 70%hydration loaf which is a rye, wholemeal and strong white bread flower mix.

I used a very different approach inasmuch as I kept my active starter going for 2 days at room temperature before use.

I also added double the amount of starter to each recipe than I normally would.

The results, whilst pleasing from a texture and crumb point of view, are still negligible when it comes to sourness.

I didn't detect any difference at all.

Don't get me wrong, the bread is nice. But it doesn't grip the side of my tongue in any way like some sourdoughs I've tasted. I'm still yet to achieve that at all.

Here are the results although I have no idea why they are posted on the side. Most annoying!