Hi everyone, I've been having a lot of trouble getting a picturesque bageutte. I've tried several times but there's always an issue. This time, I felt that each stage had gone well (except transferring to the peel from the couch/towel because it kinda lightly stuck and slowly rolled off the vertically held couch onto the peel). The recipe and timings are below, and the bread was baked in a rectangular pyrex roasted covered with foil in an oven with bottom heat until the foil was removed. The recipe is:

The flour and water were autolysed for 45 minutes, then kneaded until 60-70% window pane.

The dough was bulked for 2 hours in an oven with the light on and was folded 2 times at 30 mins and 1 hour.

By the end of the bulk, the dough was starting to soften and 1-2 big bubbles were on the surface.

It was divided and preshaped into cylinders and rested for 15 minutes then shaped and placed on a flour impregnated kitchen towel for ~ 30 minutes.

The dough was transferred onto a thin peel, where it stuck to the towel a bit (left no dough on the towel but needed 2-3 seconds to detach from the raised towel and fall onto the peel.

Each baguette was placed in the room temp pyrex baking dish, scored at a shallow ish angle with a curved lame.

The dish was covered with foil and placed in a 250 C oven with bottom heat for 14 minutes, then the foil was removed and both elements were used for the next 15 minutes.

I'd really appreciate any help you can send my way. 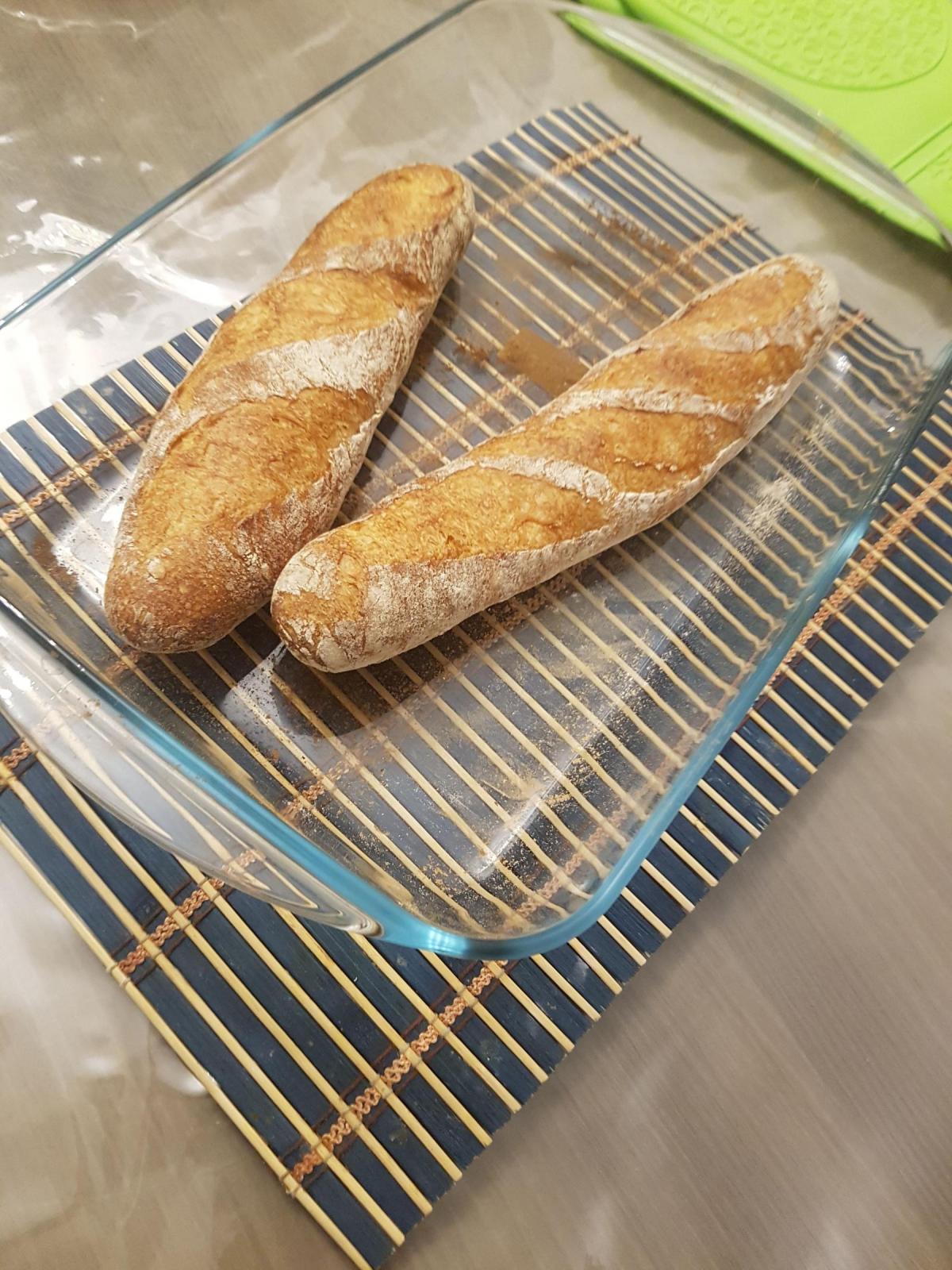 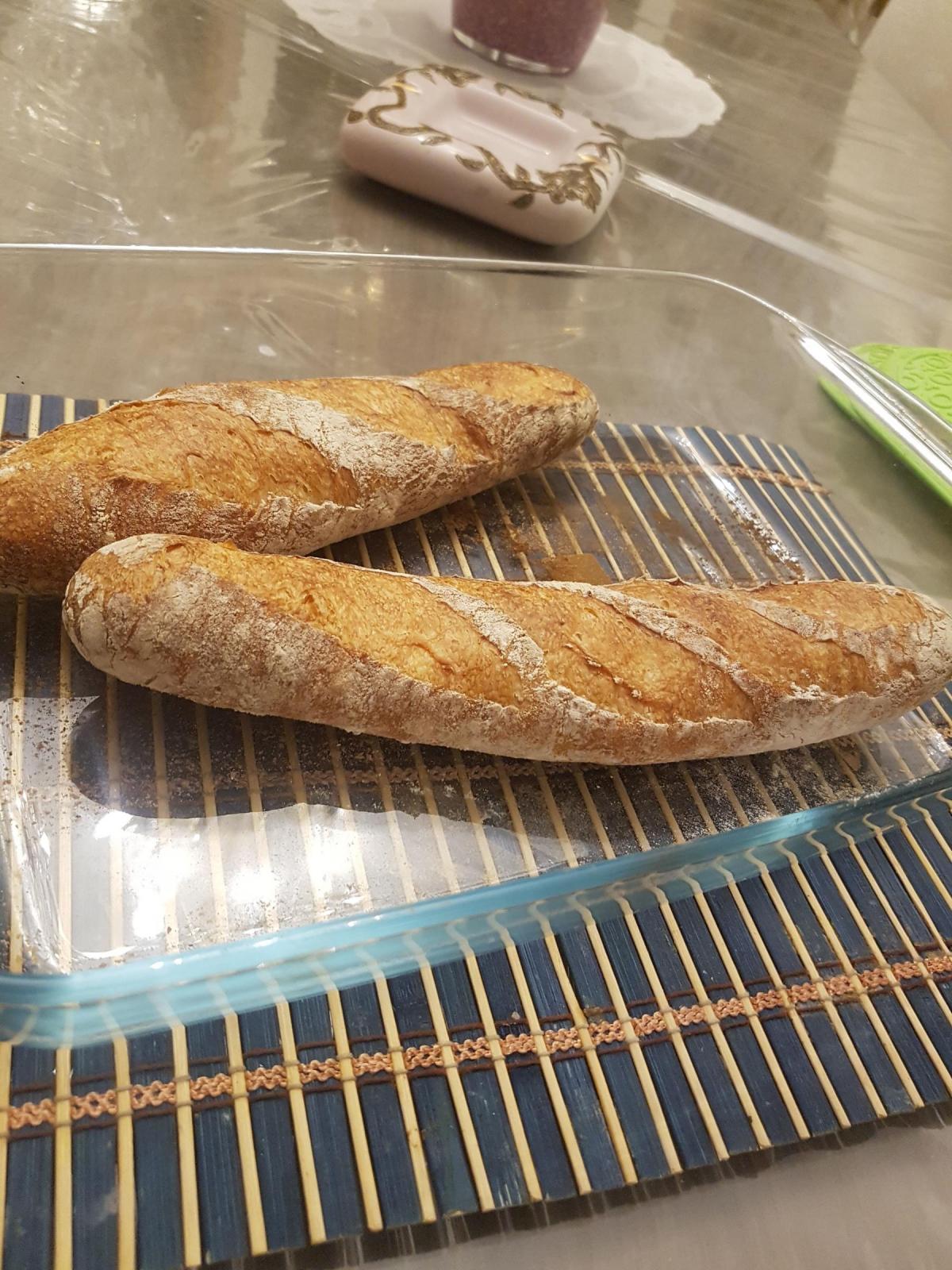 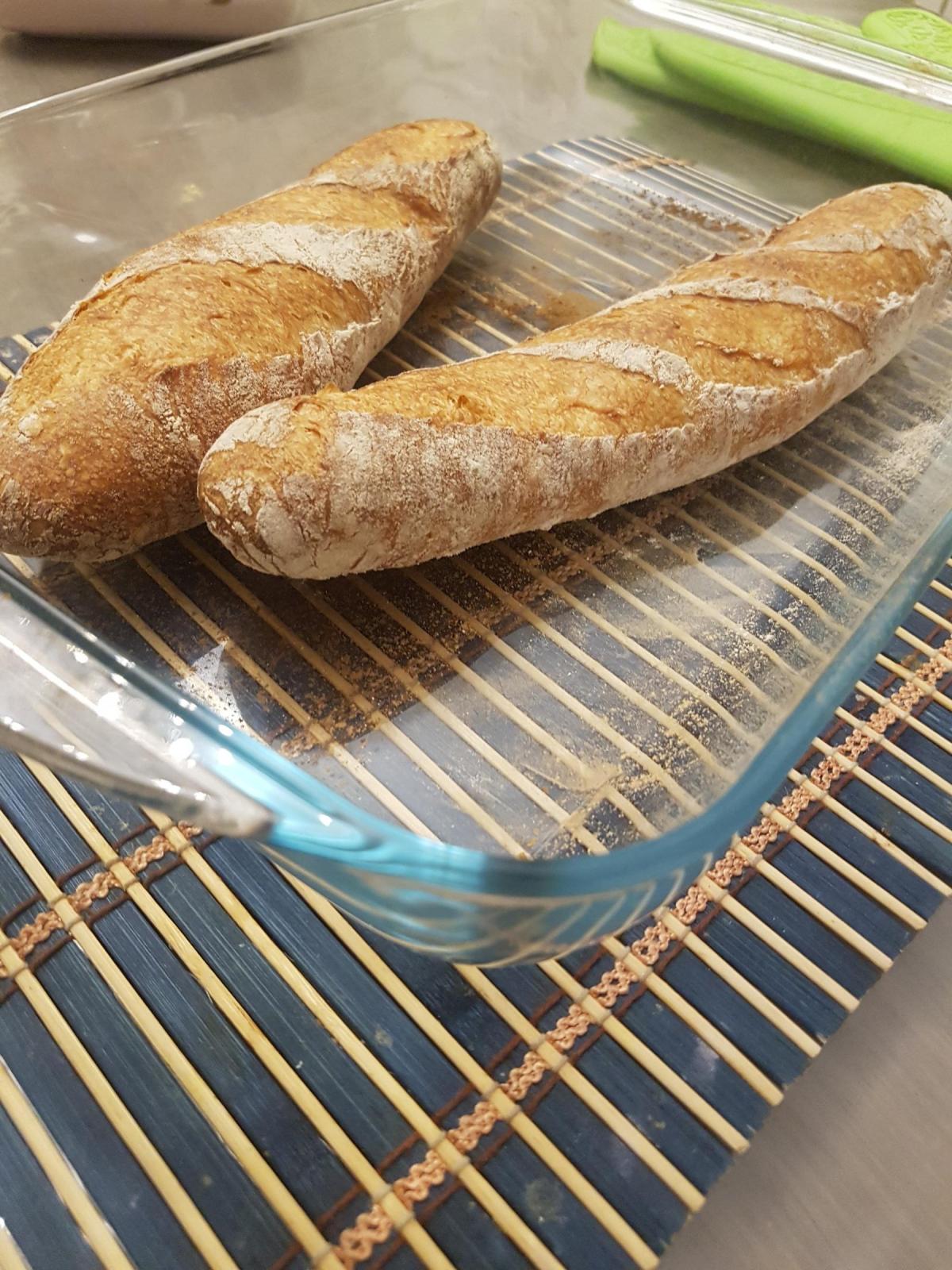 How do you clean a banneton after using it?
Bread doesn't rise
Looking for a basic 100% Rye SD
Can I make malt syrup out of diastatic malt...
Novice recipe question
END_OF_DOCUMENT_TOKEN_TO_BE_REPLACED