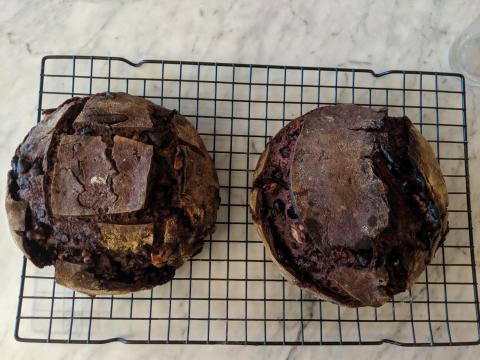 I tried to make Shiao-Ping's recipe for chocolate sourdough and I added walnuts and 160g chocolate stout to replace sone of the water. This recipe had a 37% starter % inoculation so I was really curious about how it would work. It smells amazing, but the oven spring was a little underwhelming. In the fridge, the dough kind of cracked which is something I hadn't experienced before. I think in part it was because the dough was lower hydration and much stiffer than I'm used to, but also maybe it was a sign of overproofing - not sure.

I think I made  a mistake when incorporating the chocolate and walnuts during lamination is I ended up tearing the gluten. Next time I would probably use slap and fold to add the chocolate and really develop the dough. I feel like this dough could have used even more mixing/gluten development as the cocoa powder really impedes the process. The crumb is definitely different - a bit crumbly and moist in parts although I'm pretty sure it's fully baked. The taste is very good, but it's more like cake than bread. At first I thought it was overproofed, but now I think that maybe there just wasn't enough gluten development and that I did some damage during lamination. What do you think my looking at the crumb?

Fun to try something new! This was also my first time using coil folds and I enjoyed it. 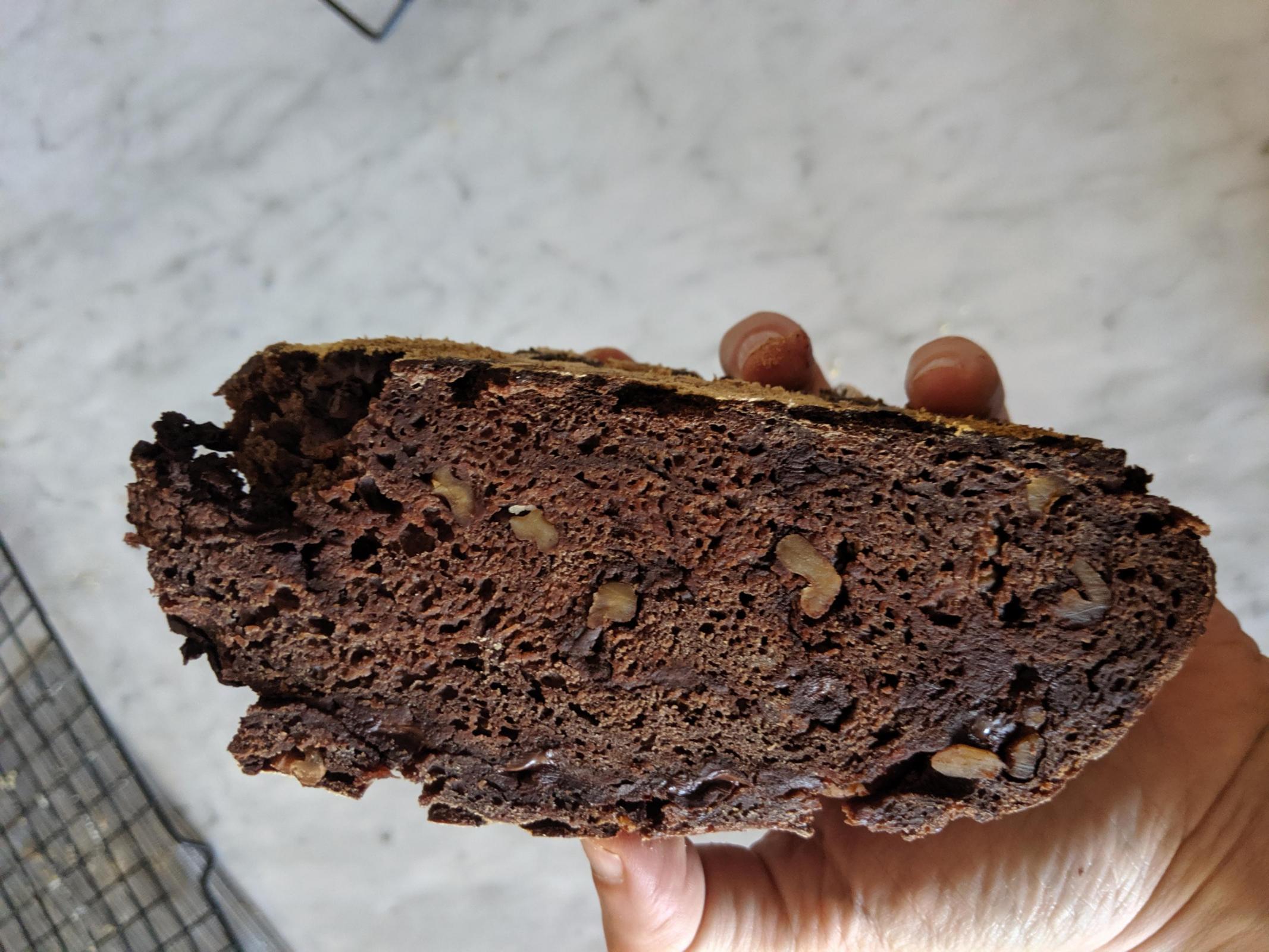