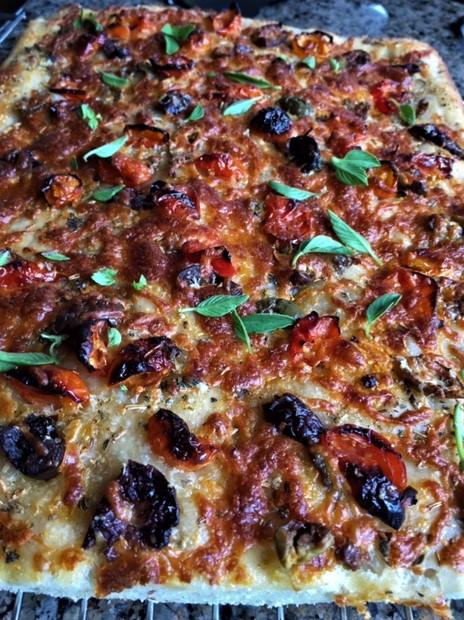 Lucy was thrilled to make 2 breads in one week for a change and she really came up with a dusey too - a  Lebanese, Greek, Italian and Mexican Focaccia. 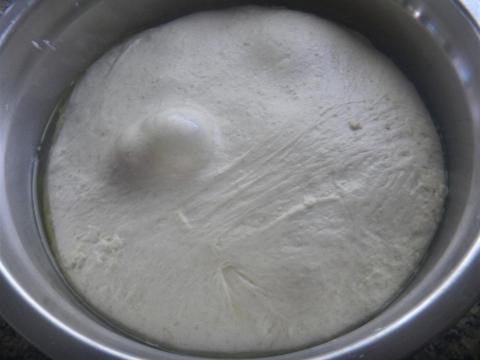 This one was made with 10 g of half year old NMNF rye starter used to make a 10% pre-fermented whole rye levain at 100% hydration that was retarded for 24 hours. After mixing in the Kroger dough flour, a clove of minced garlic, some really thick Lebanese Lebneh, enough water to make an overall 72% hydration and 2% Pink Himalayan sea salt, we did 125 slap and folds followed by 3 sets of stretch and folds all on 30 minute intervals.  Total flour was 520 grams including the levain. 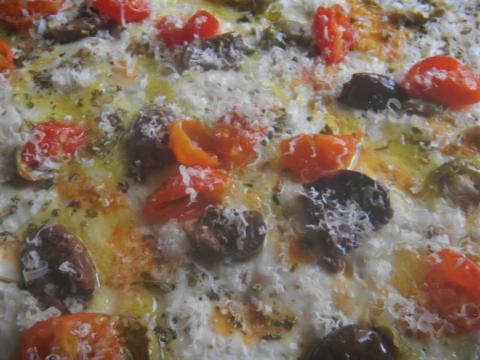 After a 30 minute rest we shaped it onto a ball and put it into an oiled stainless steel bowel and covered it in plastic wrap for a 120 hour retard  yep 5 whole days. We let it sit for an hour and half on the counter before stretching it a couple 3 times into a PAM sprayed jelly roll pan.  Then we dimpled it with our finger tips and left  it sit fir a half an hour. We sprinkled on a tablespoon each of dried oregano and rosemary and then crushed the last of the home grown cherry tomatoes by hand over the top.  Lucy found them in the back of the fridge where they have been waiting to be used for something interesting. 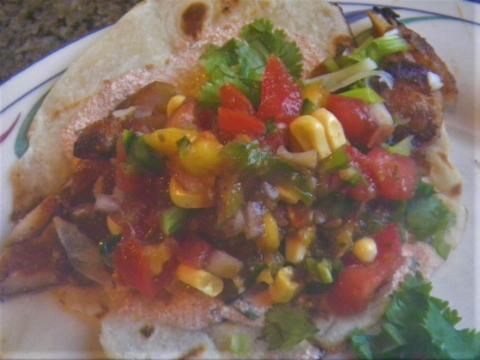 Then we put on 4 different kinds of olives, half black and half green from Greece, Italy, Lebanon and Mexico.  Then we grated on some Italian Parmesan and drizzled on some olive oil also from Italy. We seamed it with Mega Steam for 8 minutes at 450 F then took it out and spread in the 4 Mexican shredded cheese fairly thin and put it back in the dry oven at 425 F convection for about 15 more minutes. When it came out we garnished with Thai Basil.  We cut it with a pizza wheel and u=it was crisp on the bottom and soft on top. 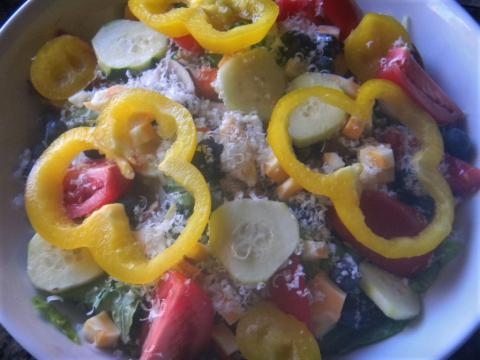 It was great as it was fir sure but with some fresh Mozzarella, smoked sausage and pepperoni, spicy pizza sauce, mushrooms red bell peppers and onions, this would make a nice Pan Pizza that Chicago would be proud of. I could tell you how great this will b e for lunch tomorrow's sandwich with Lucy's home made pork, beef, lamb gyro meat and Tzadziki sauce but I haven't made it yet and it might not happen

It'd never last that long in my fridge! By the second day at most it'd have been baked. No way I could wait any longer to bite into that gorgeous focaccia. My favourite focaccia is one made with tomato dough and simply dressed with rosemary infused in olive oil and a sprinkle of coarse sea salt. I wouldn't say no to one topped with cherry tomatoes, 4 kinds of olives, Parmesan and Thai basil though. It's a meal on its own that the gyro meat and tzatziki belong elsewhere if you ask me :) Perhaps a piece of soft and chewy sprouted multigrain naan?

Those rockfish baja tacos are killing me! I just adore all kinds of fresh fruit and vegetable salsa. It looks pretty too as a bonus. Now I want to have sicilian pizza for lunch two hours later, which won't happen...

There's quite a lot of carbs in this post. How much did you allow yourself to eat? Hopefully you at least got to taste a bit of these treats yourself :)

are better the longer they are retarded.  Yeah, the bread had carbs and there was a naan hanging out in the curry too.  I can have 1 slice a day and be OK usually.  the veggies are all carbs but they don't count in the diabetes figuring.  Even though they are all carbs they still don't hardly register in the scheme of things.

The gyro focaccia didn't turn out great, as you thought, but it was still good and Lucy, who got the last bite  and loved it.  The Curry was made in the instant pot and it was killer good.  As you know, chicken curry has to be made with with both whole and ground spices plus home made chicken stock   The instant pot make that all possible in the best way possible.

Tonight was grilled Baja Chicken thighs but we will have the tacos tomorrow since the chicken is so good it doesn't need anything else and you just eat them plain the first night.

That Focaccia looks divine. Does your daily slice depend on the type of bread and flour used? A 100% wholemeal with some seed mix is proofing on my counter right now. I am experimenting and going to bake it in the slow cooker. Keep baking little Lucy!

A slice is a slice.  If we are having a hamburger my wife only eats half of it and saves the rest for the next day's lunch telling me I should do the same. But ,my hearing isn't as good as it used to be and my apprentice is totally deaf so Lucy is no help plus she only knows Swedish anyway:-)

The focaccia wasn't too good slit in half with gyro meat and Tzatziki sauce. I hope your slow cooker bread comes out better looking and tasting than the focaccia gyro. 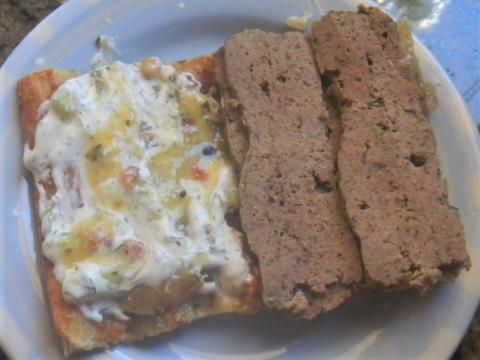 Wow. I realize you have been known to push the boundaries of your NMNF starter, but using it at 6 months old is pretty epic. Even though it was not a loaf, I am still impressed.

use 10 g for this bake and 5 g to refresh it.  It was really slow though.  It took well over 24 hours to double the levain and the refresh too.  Now it is really active and back in the fridge for another half a year.  When we started the NMNF project, I thought it might make it 4 months.   6 months is now the record since we don't bake as often as we used to.  It is the only way to keep a starter in my book- no waste, no muss, no fuss and you can still make any kind of bread with it.

You will like it.  I will get around to answering our IM after I shampoo the carpet to please the wife :-)

Minus the olives of course! (you know how I feel about those nasty things 😳.  That long retard must have really developed the flavor.  Hats off to Lucy for another fantastic bake.

I don't think we have ever retarded a dough for 12 hours before except maybe pizza, but it is good to know it will hang in there and still make a nice focaccia ir bread too.  I'll take a dry heat any day over wet and humid for sure.  Snow. ice and cold are out of the question, just plain terrible and the worst if all worlds:-)

Lucy sends her best to the black ones and is glad the humidity has dissipated.  Mabel went swimming in Lake Washington yesterday playing fetch to cool down, after a half mile run and 2 mile hike.  Ahhhh to be young and healthy!