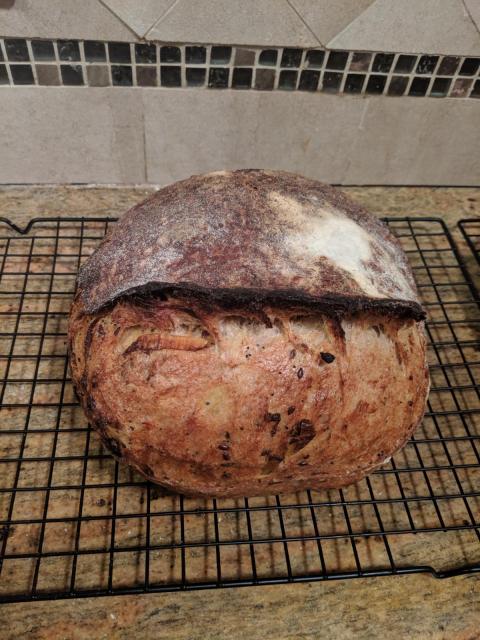 After an epic failure Saturday (I decided to create my own porridge sourdough recipe and it was pancake batter), I decided to try the Sarah Owens recipe for Seeded Turmeric and Leek Sourdough from her book Sourdough. I made some slight modifications. I did 1.5x the recipe since her loaves are on the small side.

The recipe was 75% hydration, but closer to 80% including the olive oil used to sauté the leeks. I sautéed 275g of leeks with 1tsp turmeric and black pepper. Once browned, I took off heat and added 20g poppy seeds, 30g flax, and 1 diced shallot. The add-ins were incorporated in the 2nd set of mixing. I really focused on improving my shaping method this time and also used an oiled bowl for the bulk since I felt I was tearing the gluten removing the dough from my 6qt Cambro container. One of my scores was awesome and the other one not so much. The crumb was pretty standard for me, but trying not to worry too much about a fairly closed crumb and instead focus on how moist ant tasty it is! 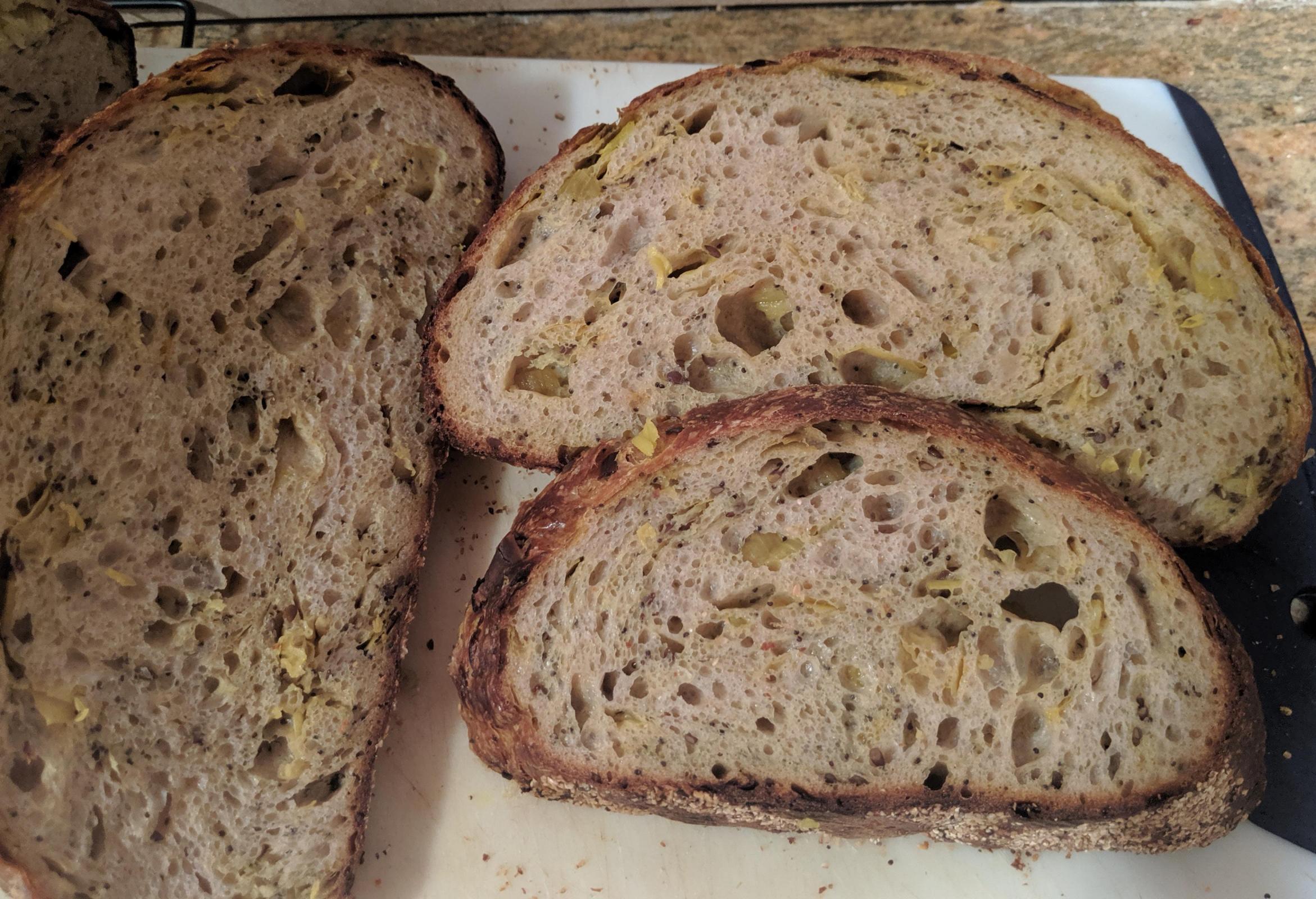 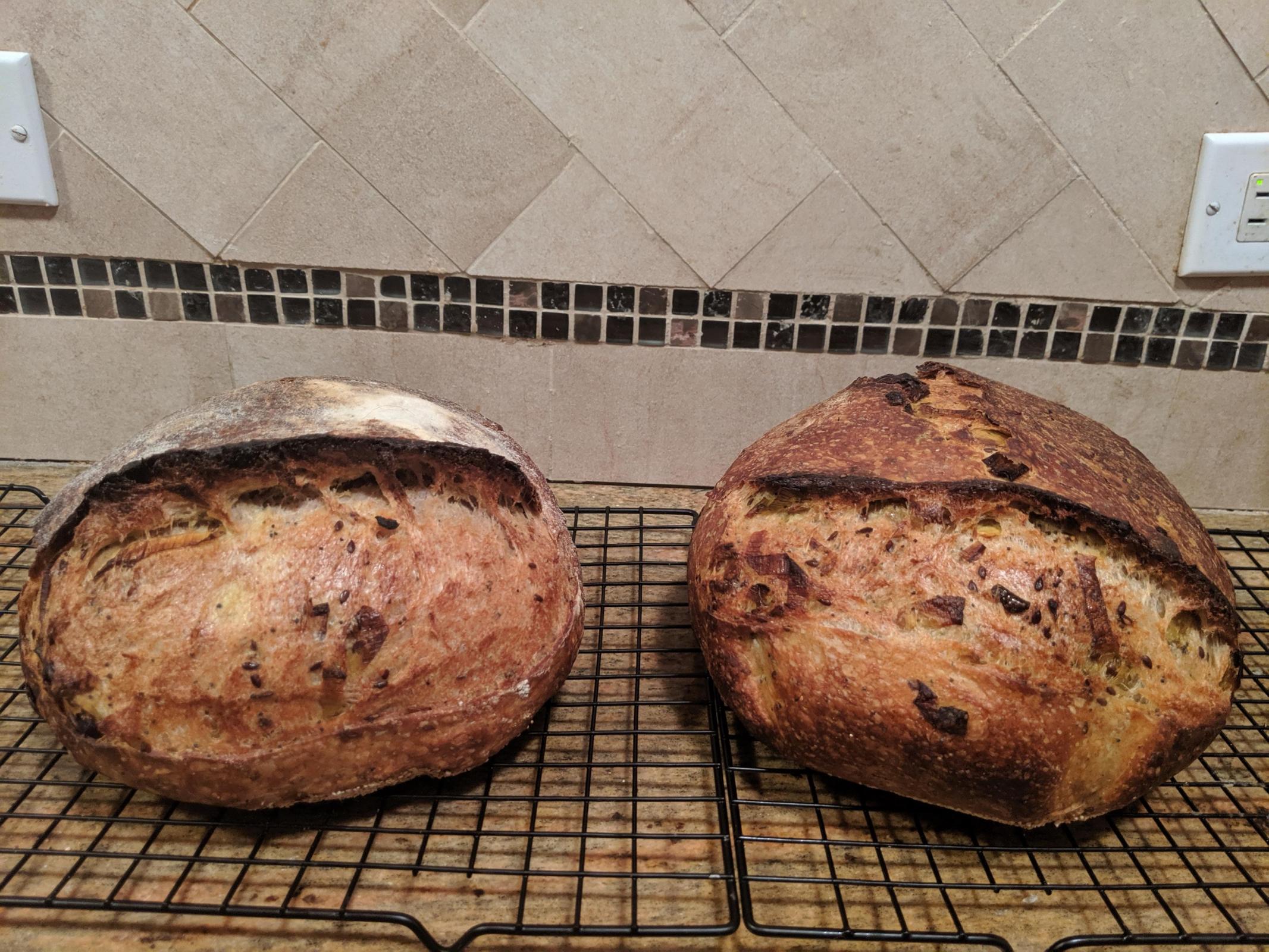 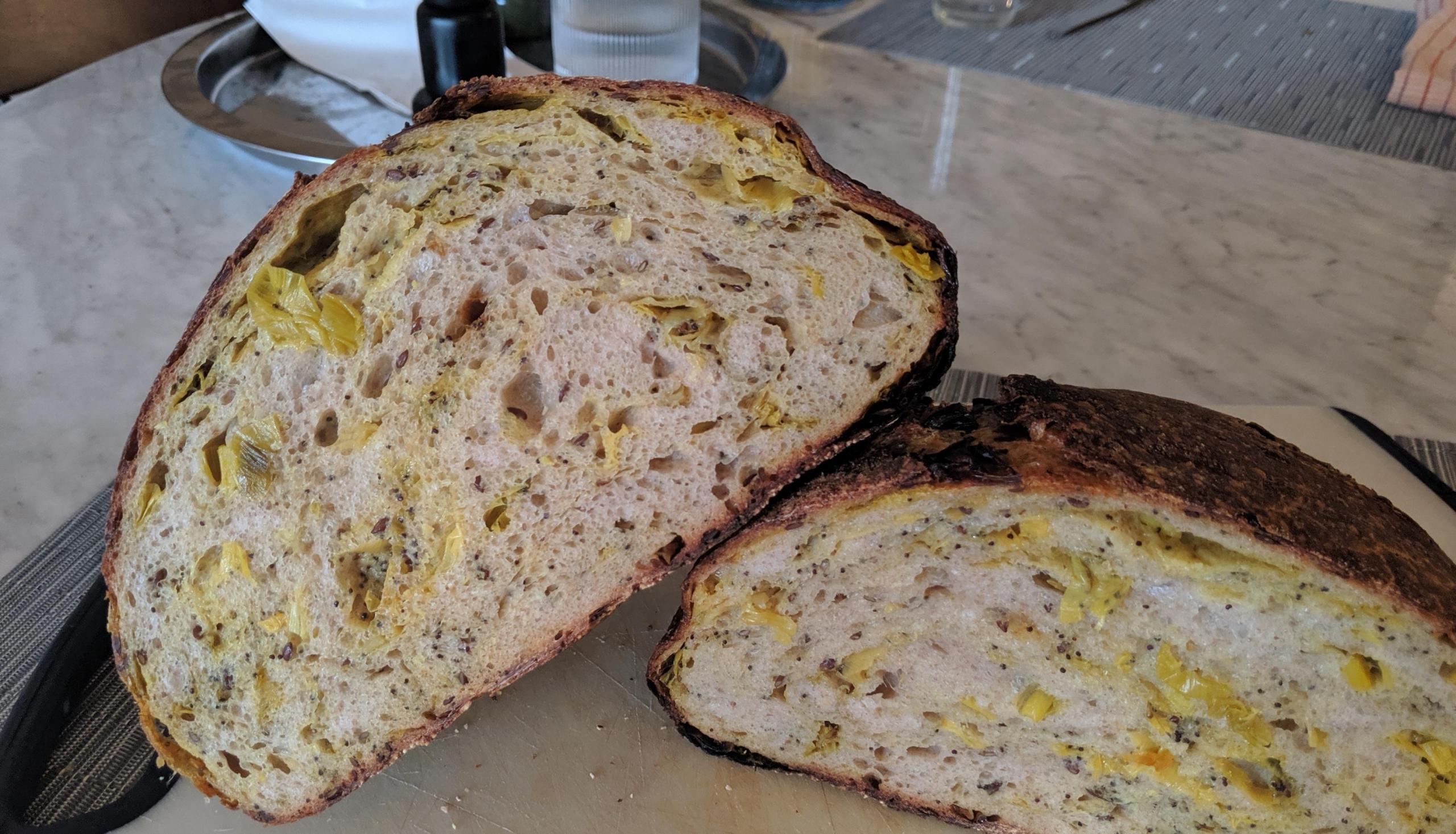 They look and sound delicious.  Your not so much score results in a much better ear than my best so far.  Can’t wait to see how the crumb looks and how it tastes.  Great job.

Still haven't figured out the open crumb thing. One of these days! I bookmarked your tomato sourdough the other day - it looked awesome.

really good. I think I might have to pick up her book somewhere. I love her honeyed Spelt loaf in that book.

The photos in Sourdough are gorgeous and it will definitely push my boundaries in terms of ingredients. I might use some of her flavor combinations, but stick to rye, BF, and whole wheat for awhile. Her recipes call for a lot of things like millet flour, blue corn flour, and chestnut flour that might be difficult to procure. It's probably a bit easier with a mill.

Looks delicious! Both look good to me, 1 is perfect the other is rustic.

I rarely ever made a clean score. It's probably the most stressful thing about making bread to me, it takes 1 second to make and there's no going back 😱

I watched at least 3 scoring videos before making the cut and also started to worry that I may be using the wrong side of the blade. Still not sure about that one!