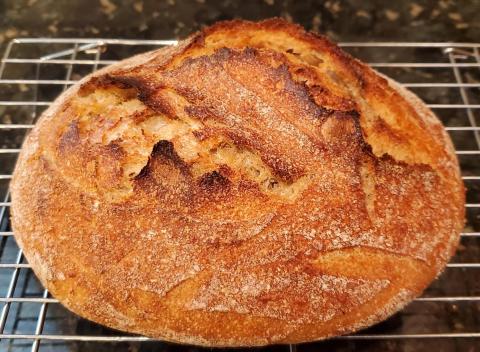 mix> rest 30mins
add salt and remaining water as needed(I use most but not all, follow by 5mins of slap and fold> rest 30 min
4 sets of s/f 30 mins apart
Left untouched for 1hr- 1hr 15 mins

Help...can someone teach me how to do a double slash properly?

There's a reason why I stick to single slash for batards and either square/circle/ cross for boules. Because I'm incapable of doing everything else right😅 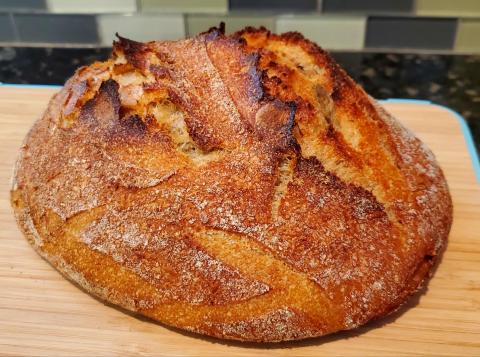 It just ended up growing free style everytime and the designs are gone.

Anyway this is the first time I tried using a wheat germ and parmesan crust on a loaf. 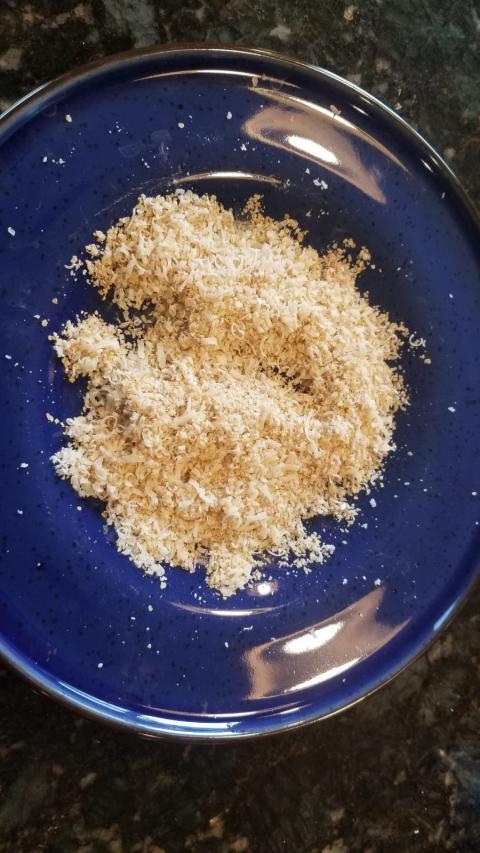 Half wheat germ and half parmesan, by volume not by weight. I just eyeballed it so no measurements.

I chose the wrong technique(attempted to pick up a sticky einkorn loaf and roll it on the crumbs...for the experiment and ended up having to reshape and recoat it with the crumbs after the initial fail. The second time around I reshaped> brush the top and sides with some egg white>sprinkle crumbs on top and sides and flip it with a bench scraper

P.S. Thanks Mini oven for suggesting a much better method by using a towel, I'll definitely try that next time instead!

The result was a win tho, the crust was incredibly crisp, nutty with a hint of caramelized cheese! Like a super thin cheese cracker! Definitely a great addition to one of my favorite loaves! 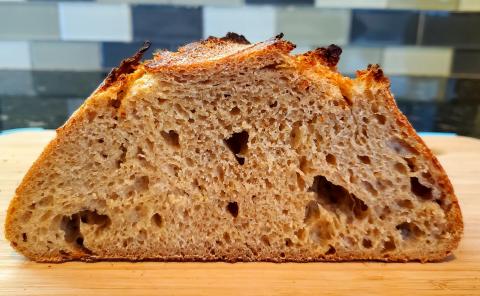 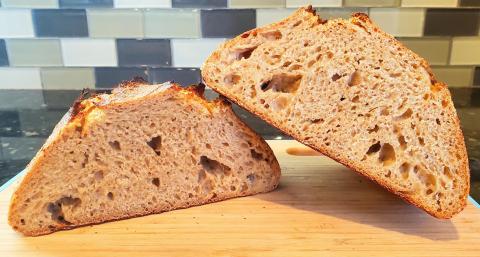 It's lost a tiny bit of volume compared to my usually bake with the same recipe, but I think it has more to do with the reshaping rather than my awful scoring.

I think my slashes were too shallow, not straight and not long enough. But I'd appreciate any advices as I've never got a good result making a double slash

My single slashes aren't always that good either 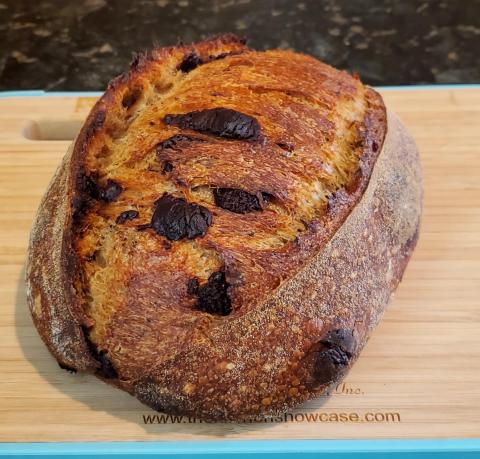 This is as clean as I could ever managed and it only happens maybe every 5 bakes...if you look at it closely you'd notice it's still not clean.I always hesitate before slashing and having to adjust it, that's definitely one of my problems. 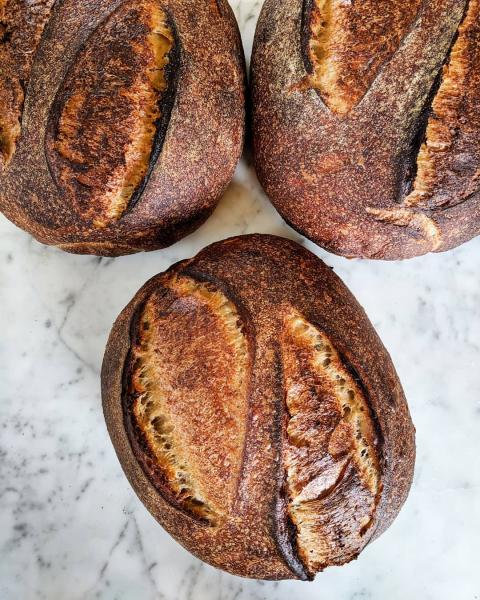 How do you make it look like this? How deep should I score? To make clean and uniformly open cuts like that?

Your crust and  crumb look great and I'm sure the bread tasted real good.

For scoring, check out this tutorial:

You need to hold the blade at the right angle to get what you are looking for.  Hopefully the tutorial above will help.  I would also do a search on YouTube as there are some good videos you can find to help you.

I wish I had logged in before I baked today's bread!

Had another failed scoring but that bread's not meant to rise that much anyway....

I'll definitely try dmsnyder's method, his baguette scoring is flawless and that's what I've been looking for. I realized my blade was never even close to parallel because I'm always too lazy to transfer the loaf, I just dumped it right into  the Dutch oven and score,  and never tilt my wrist all the way to the side because I had to be careful not to burn myself!

I'm so glad I found this site, so many experience bakers here sharing their knowledge and tips I'm learning something new everyday!