How do I convert this recipe please

How do I convert this recipe please 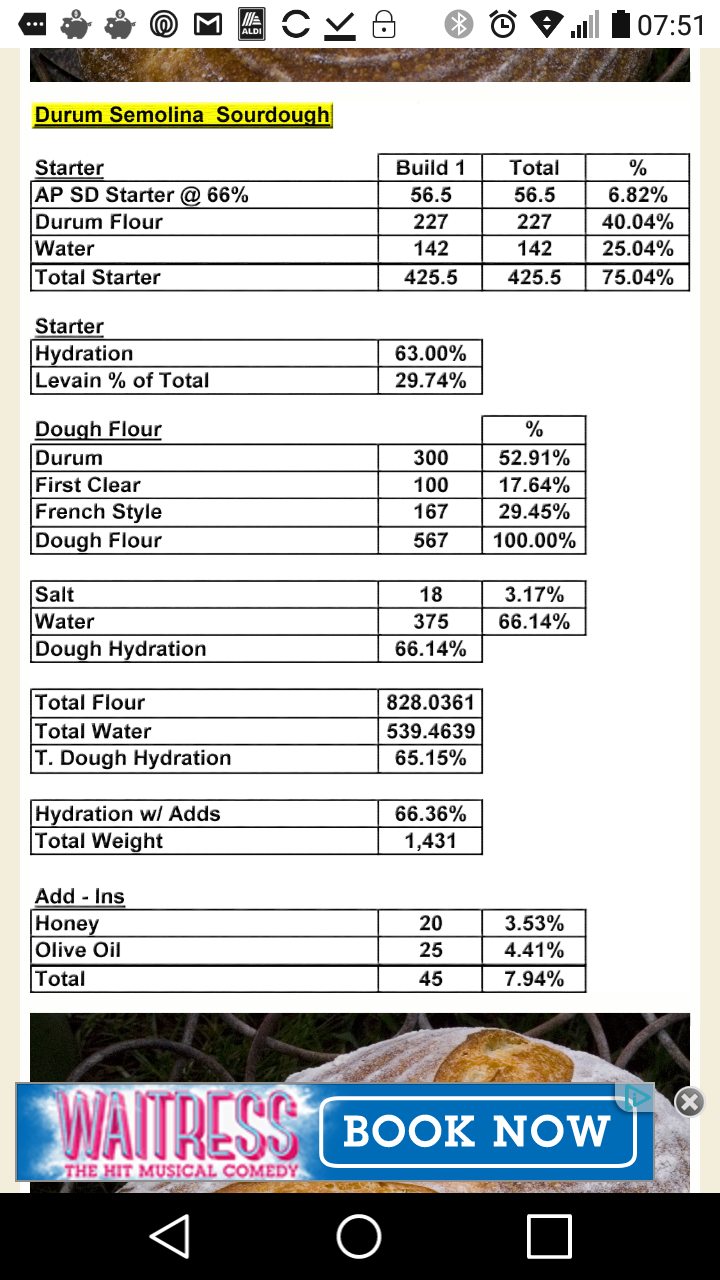 I'm sorry to be asking so many questions but one day hope to have enough knowledge to answer a few questions for others.

I have found a recipe for low gi bread on here which is written in a way I don't understand.  How would I start to convert this to actual amounts?  I understand bakers percentages but this is another level!

Is there a tutorial or something in the files that will help.  I didn't know what it was so couldn't Google :/

Can't comment on the final loaf as I have never made it however the salt is a tad high. If you wish for 2% of total flour then 16.5g would be correct.

Lemonie, let us know what is confusing you. The formula is shown in “Baker’s Percentages”. It is the universal language of bakers. At first it seems overwhelming and complicated. Everyone goes through that stage. But with time it will become easily understandable. If you are not aware of this concept, google “Baker’s Percentages” to get started.

Ask us anything if you get stumped. In my opinion, this is a tool that every serious bread baker should possess.

The formula (recipe) is laided out in a format that could be confusing. The weight column contains ingredient weights in grams (which is usual), but that column also contains hydration percentages. Also gram weights are shown to the tens of thousands, which unnecessary. For example 828.0361. 828 grams is sufficient.

OH! An inexpensive scale that weighs in grams is also a must have.

If you do make this bread I would advise following Abe’s recommendation on the salt. Most breads contain from 1.8 - 2% salt. So in Bakers Percentages if the total weight of all flour in a dough was 1000 grams, the salt weigh between 18 - 20 grams.

I understand bakers percentages but have never seen them written like this.  I usually see them as a normal recipe with the percentage in brackets after each amount.  I didn't realise the figures in the first column were the amounts in grams and couldn't make out the 100% but I see it now.

Thanks for the help.  Another step closer to my first proper sourdough loaf.

It would have been clearer, if the percentages were all placed in the third column. It was slightly confusing.

Community Bake - Baguettes by Alfanso
Tips Needed
Any Online Baking Supply/Ingredient Sources?
Change in yeast = failure
How do you know when your dough is properly...
END_OF_DOCUMENT_TOKEN_TO_BE_REPLACED