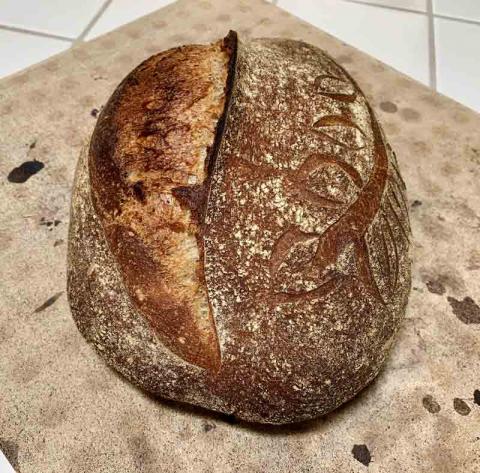 For this week's bakes, I am returning to my variations on Ken Forkish's “Field Blend #2.” The flour mix used is the same as that of several previous bakes, except that the Whole Wheat flour used is “Warthog” hard red Winter wheat. One of the bakers I follow on Instagram swears by this variety, so I though I would try it. What I found right away was that it seems a lot less thirsty than any of the other hard red Winter wheats I have used to date. So I did reduce the hydration slightly and still ended up with a much slacker dough than expected.

The loaf that had been retarded for 20 hours was tasted after completely cooling. The crust was crunchy. The crumb was tender. The flavor was complex, sweet and moderately sour. A very delicious bread. 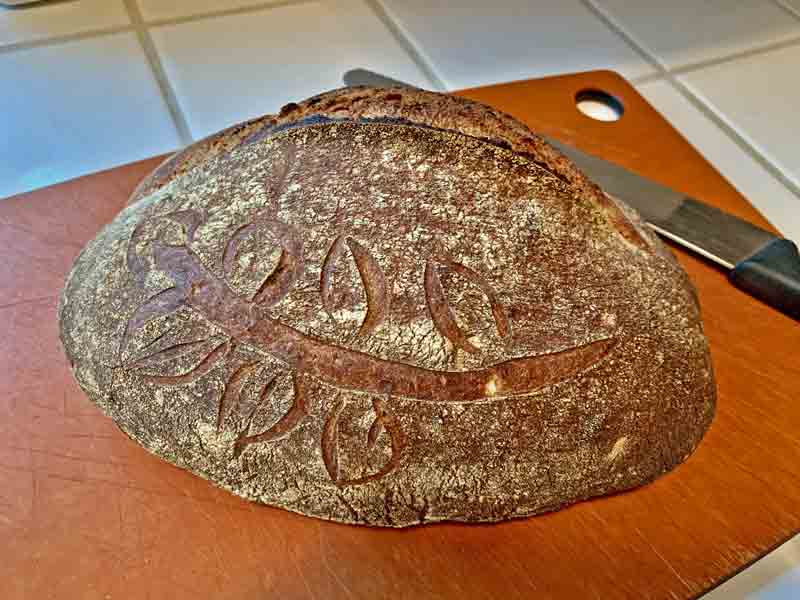 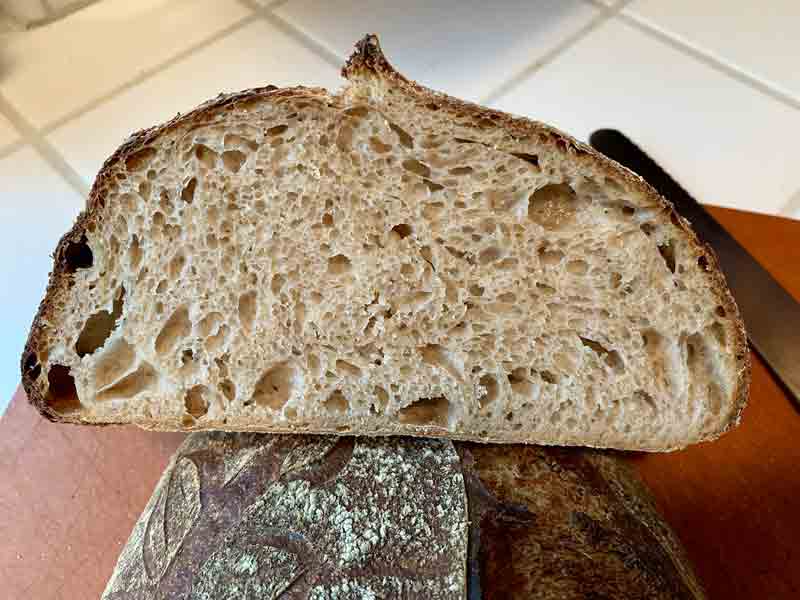 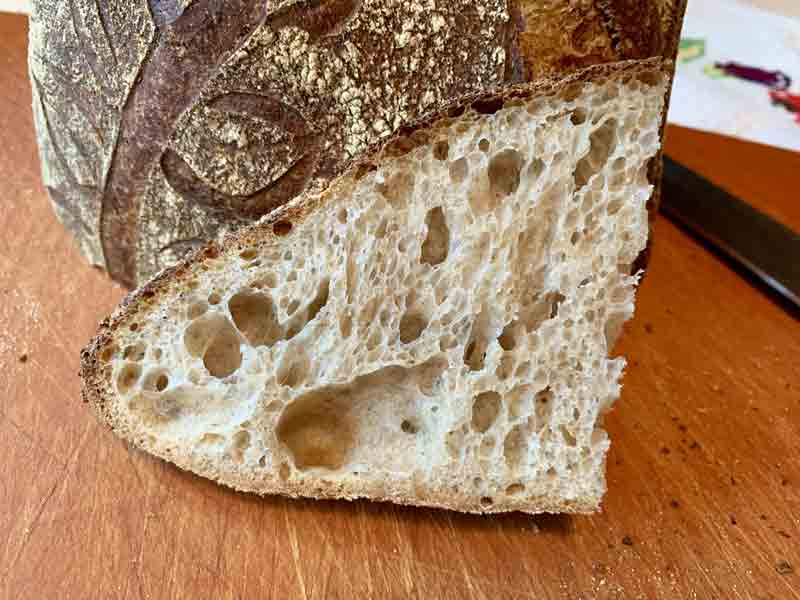 The loaf that was retarded for an additional day seemed a bit over-proofed. It had a weaker gluten sheath and spread more when transferred to the peel. It had less oven spring and less bloom. The crust did brown well though. The texture of the crust and crumb were the same as the first loaf. The flavor was somewhat more sour but also less complex to my taste when first tasted. The next morning, as usual, the flavors had melded and improved. 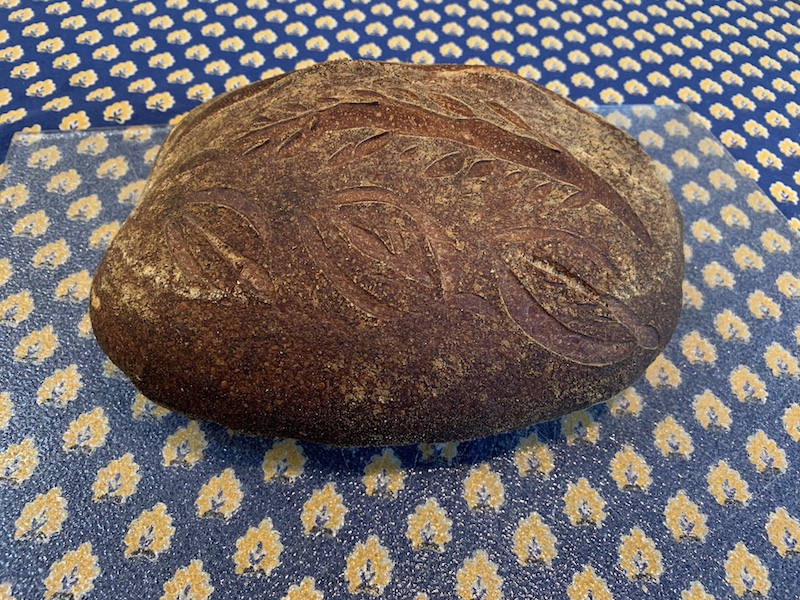 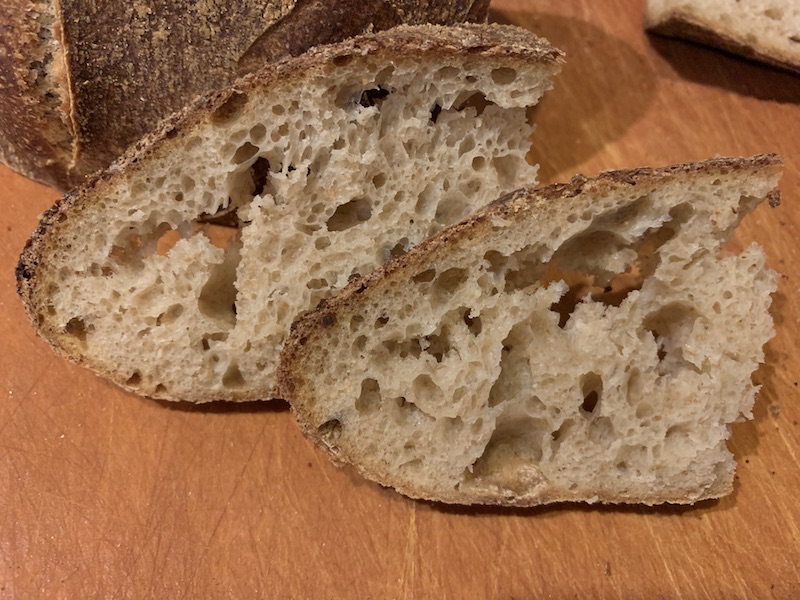 Now, I would not conclude that a 40+ hour cold retardation is a bad idea in general. For this particular bread, it did not provide an improved result. Not bad bread, but the first loaf was better, at least to my palate.

5% less whole grain and using all AP for the rest made for a better crumb in both cases I think and being more slack is also the result and expected to some degree.  Love these experiments David.  Happy baking !