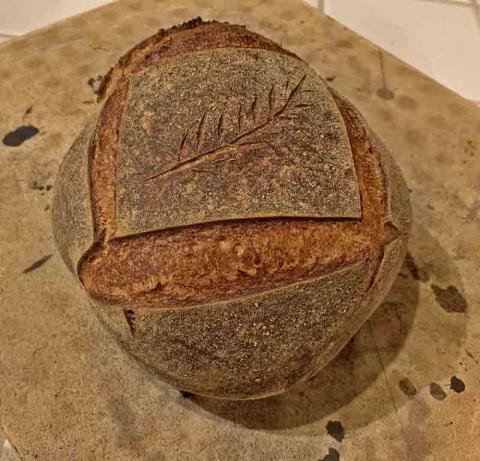 Based on the method of Ramon Padilla

Ramon Padilla is a retired baker. From 18 years old until he retired, he baked for the Parisian Bakery and the Boudin Bakery in San Francisco. He was the baker responsible for the fabulous sourdough bread served at The Tadich Grill. He told me he baked it at Parisian until they closed and then at Boudin. Today, his brother is head baker at Boudin and still makes the bread for The Tadich Grill. In retirement, Ramon has continued to bake bread at home.

Ramon very generously shared the way he bakes bread currently. Interestingly enough, it has some similarities and some differences compared to the published account of the Larraburu method. The most striking similarity is the very short bulk fermentation and very long proofing. The biggest difference is that Ramon's entire process is at room temperature. He did tell me that getting the dough temperature right is an important consideration. He neglected to tell me his DDT (desired dough temperature).

I have modified Ramon's formula and procedures in a few ways, to suite my taste and schedule. His formula calls for all white flour – high gluten for the starter and all purpose for the final dough. I substituted in a bit of whole wheat and whole rye. Ramon does a long (over 8 hour) final proof at room temperature. In order to fit my schedule and in order to increase the acetic acid production, I proofed at room temperature for a shorter time, then cold retarded the formed loaves and proofed further at a warm temperature before baking.

This is an experiment for me. It is not unlikely I will make modifications after seeing how this bake turns out.

Note: The original recipe and the San Francisco Sourdough of yore are 100% low extraction (white) flour. I have modified this by including 10% whole grain flour, because that is my preference. Besides effects on flavor complexity and nutrition, the anticipated effects would be: 1) A less open crumb, 2) faster fermentation, 3) enhanced acid production.

Note: 15.7% of the flour is pre-fermented. This is less than most sourdough formulas which average 20-25% pre-fermented flour. The effect would be: 1) A longer fermentation/proofing, 2) more acid content at the time of dividing and shaping.

The first photo is of the loaf that was retarded for a longer time. The photo below is of the bread retarded the shorter time. 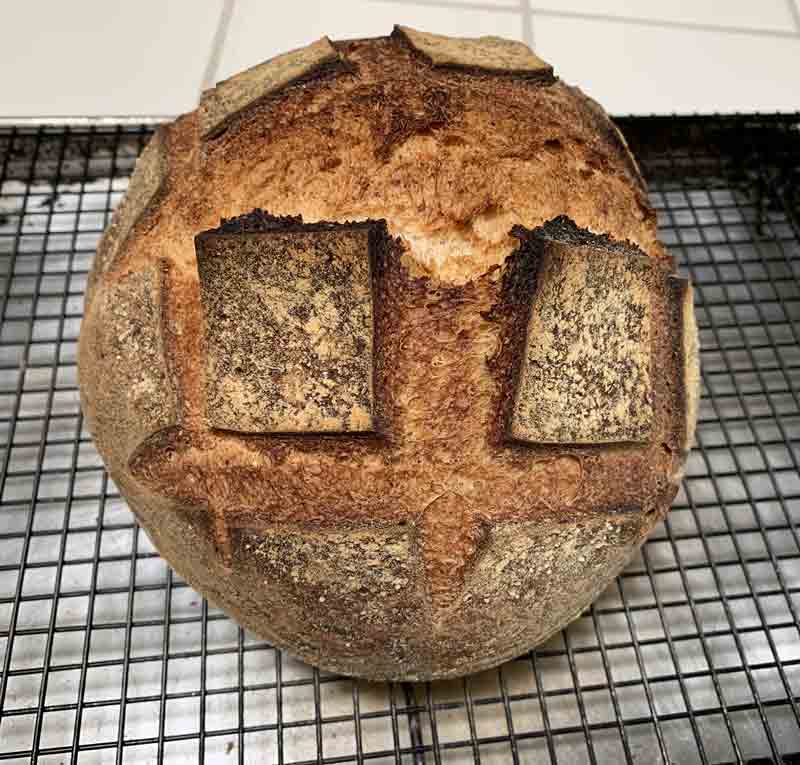 The following photos of crust and crumb are from this second loaf (the one retarded for a shorter time). 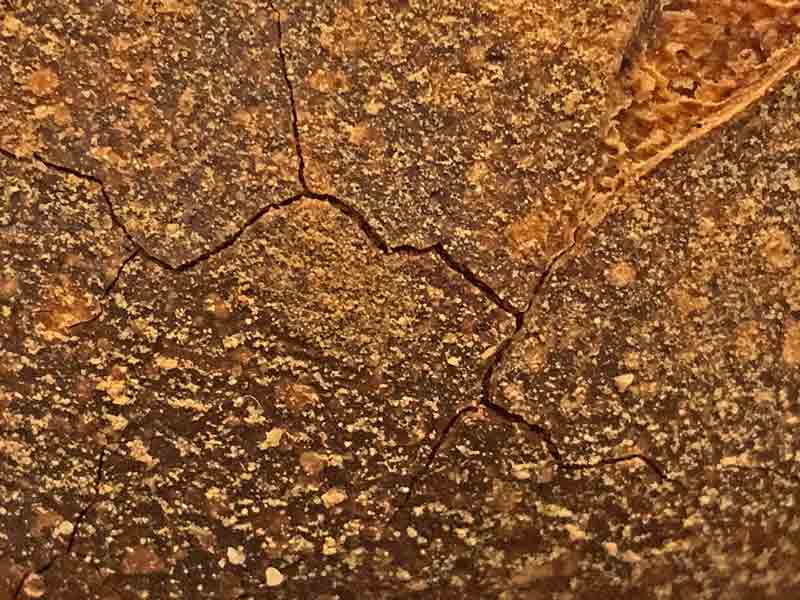 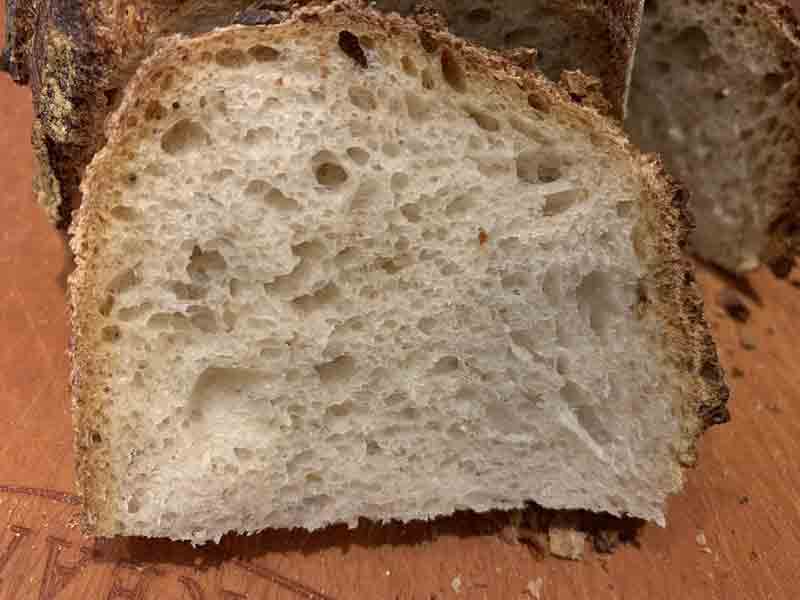 The first of these loaves - the one cold retarded for 18 hours - was sliced and tasted when completely cooled. The crust was very crunchy with a nutty flavor. The crumb was cool and chewy. It had a somewhat sweet flavor with a lactic acid-type acidity predominating. It had a hint of acetic acid tang only.  Among the variations of San Francisco Sourdough, this bread was considerably closer to Acme's than to the Parisian/Tadich Grill style. Excellent bread.

The morning after these loaves were baked, I tasted each. The first loaf's flavor had not changed overnight. The second loaf which had been cold retarded a few hours longer had pretty much the same flavor profile but with just a bit more of an acetic acid tang. Wheaty and lactic acid flavors predominated.

These are very good breads. I especially like the very crunchy crust. I think that is the result of the low hydration. I haven't decided where to go next with this series of experiments. I wonder if keeping a firm starter going for a few weeks would encourage heterofermentative lactobacilli to grow and result in more acetic acid flavor.

Bravo, and keep on baking,

Now I don’t know what bread to bake! This one looks delicious and has jumped to the top of the list. Just going to get my starter at 60% hydration. IT’s currently at 100%.

Thanks David. You do amazing research and history of the breads and it’s fascinating!

and inspiring  how you approached those loaves. I am also very excited to see that your firm starter seems to be 50% hydration unless I've got my Maths wrong...and then used to build a 60% hydration leaven.... I am training a new 50% starter offspring from my liquid starter at the moment to get a routine being fed in the morning and the evening and trying to learn how best to judge when it is ripe to being refreshed or used? It might live in the fridge then but for now like to observe and learn. For now I am looking at bubbles on the side and dimples in domed top..to judge readiness. Sorry as I am going  off piste from your lovely thread and looking forward to seeing the other loaf.   Kat

Nice looking bread.  I make a similar one but cold retard it a bit longer.  I am curious . . . When you write High-gluten flour, do you mean bread flour, e.g. King Arthur Bread Flour or something similar or do you refer to a specific clear or other high gluten type?  Thanks.