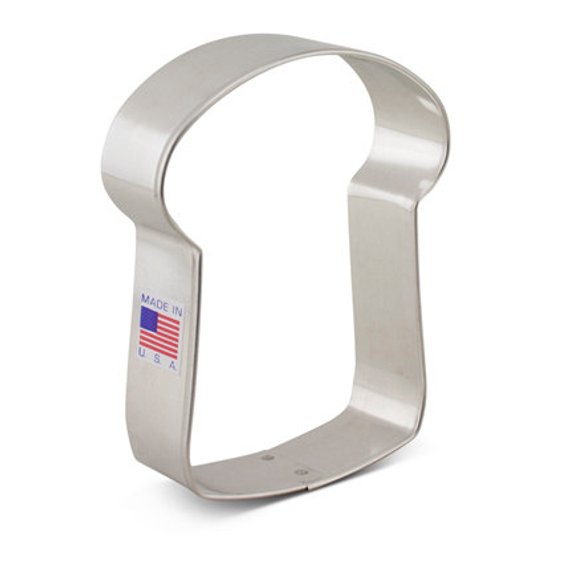 I suppose everyone here has seen one of those 'bread Slice' cookie cutters.

Most kids would be satisfied with using one to cut one out of a plain slice of bread; Not these kids!

I bake, spent a whole lot of time getting dough to rise, so how, or what would I do to make a dough that rises just a bit (thinner) , yet have a sandwich bread type texture, that I can use this cutter on

All you need to make this work, I think, is bread that is bigger than the cutter.

Yes, that is the answer, if I just want to make a loaf, cut a slice and use the cutter.

What I am wanting to try though is to have a dough, that I can roll out, cut several "cut outs' and bake; maintaining the shape (without the darn thing getting deformed and too 'puffy')

It's going to be a little tricky.  Cutters like this are typically used for sugar cookie not for bread dough.  My advice would be to make your dough a little softer than you would for a typical loaf.  Allow it to bulk ferment for a descent period of time and don't add too much strength with folds.  You are going to want to process it almost like a ciabatta.  If you are putting the dough on the table and trying to spread it and it is pulling back heavily then you are doomed to lose the shape.  If you are stretching the dough and it is pulling back then just cover it and let it rest.  After you have cut I would proof 75% of the way and then put them in the fridge for an hour or so.  This should help the dough relax further before going into the oven and should help it maintain that shape a little better than if you were to bake it without the fridge time.  This seems like a bit of a weird project but I hope you are able to achieve your goal!  If you have a formula you are using go ahead and post it and some pictures of your results, could help with getting some more pointed advice.

And a knowledgeable one it is!

We test fired a batch yesterday, using a dough somewhat like a pizza dough. I agree, the fermentation could have been longer, and I did think on the second pan that refrigerating would be a good thing;

at first it did want to pull back, but after a longer rest, I was able to get it pulled/rolled out and cut.

You are absolutely correct, the first cuts that did pull back (some) lost their shape, to an extent, some came out near perfect in shape, others puffed, almost to a Pita type bread.

The taste and texture was not quite what I was hoping for, need to lean; as You said,  more towards a ciabatta type dough

It is a weird project, but Hey, it's Cold, and we are fairly snowed in, here's a pic of the results (I am NOT a photographer 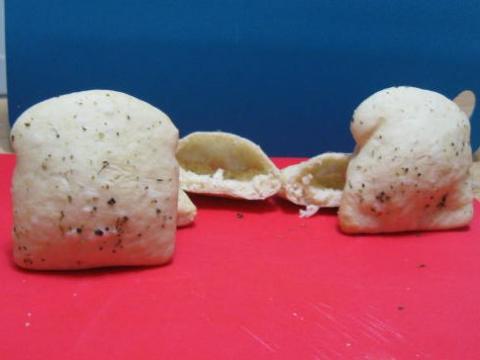 Np problem, admittedly...not my best work :)  By the way...I couldn't find the emoticons?