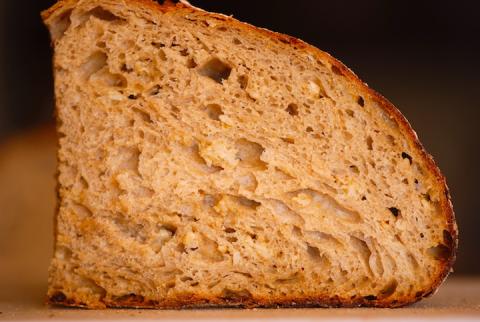 Farina Bona is a unique flour produced in Cavigliano, a village in the Swiss canton of Ticino.  Cavigliano sits in the Valle Onsernone that runs east out of Locarno, the lakeside town from which the better known (to bread bakers) Valle Maggia runs north.

This deeply yellow flour is milled from toasted but unpopped maize kernels and smells very much like what you would expect:  It has an unmistakable and intense popcorn fragrance. Farina bona production dates back centuries, was eventually abandoned but has recently been revived by some romantic slow foodies.  History and production notes can be gleaned from the official Farina Bona website or Wikipedia.

How to toast corn without popping all the kernels, you ask?  With legendary Swiss precision, of course. Remove the pan from the fire after exactly one third of the kernels have popped (those Swiss can count really fast.  Who knew?).  Then [optional: fire up Netflix,] eat the popped kernels and mill only the Old Maids.  Mind you, this is the ‘revived’ procedure. From the official website, it is clear that the current revivalists are making their best guesses as to the actual but unrecorded protocol followed by the late, venerated Annunziata Terribilini (no, I’m not making up that name).

As interesting as it would have been to visit Cavigliano when we were motoring in that direction this past summer, we were happy to find 250 gr bags of Farina Bona (along with a dazzling range of cheeses and chocolates, as well as fresh Pane Maggia) in the food hall of Manor, nearby Lugano’s big department store. 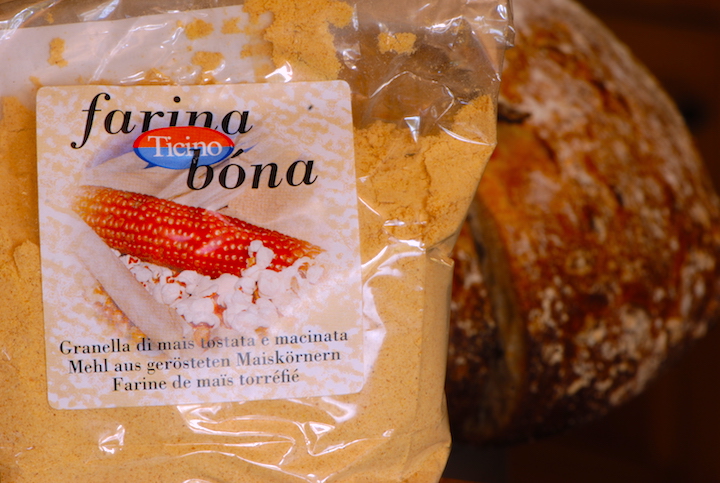 Hot damn.
The fragrance of the stuff is incredible.
Did I say that already?

Now, most of the recipes provided in the online Farina Bona cookbook are for sweets.  Sounds tempting and we'll get around to some eventually.  After all, Piedmontese maize biscuits ~ pasta di meliga ~ are seriously delicious and rival biscotti/cantucci/cantuccini for the cappuccino dunkability crown (pasta di meliga are available from Eataly and some Carluccio’s (UK)). 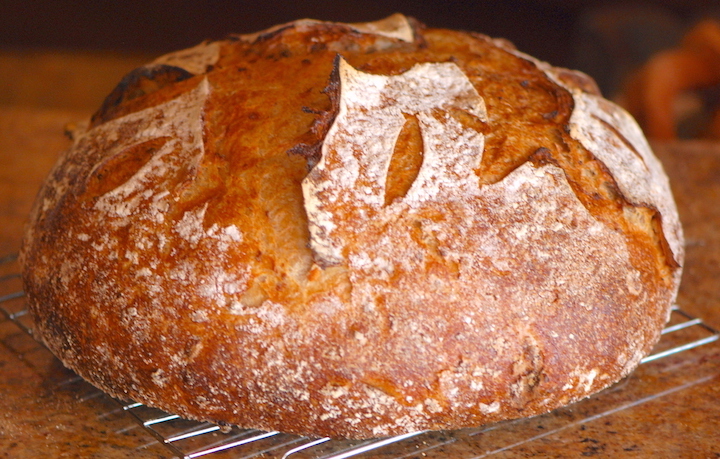 So far we've just salted our precious Farina Bona into the weekly house miche our usual way:  At 3% of total flour, it coats and thereby de-clumps home-flaked porridge added at the second fold. 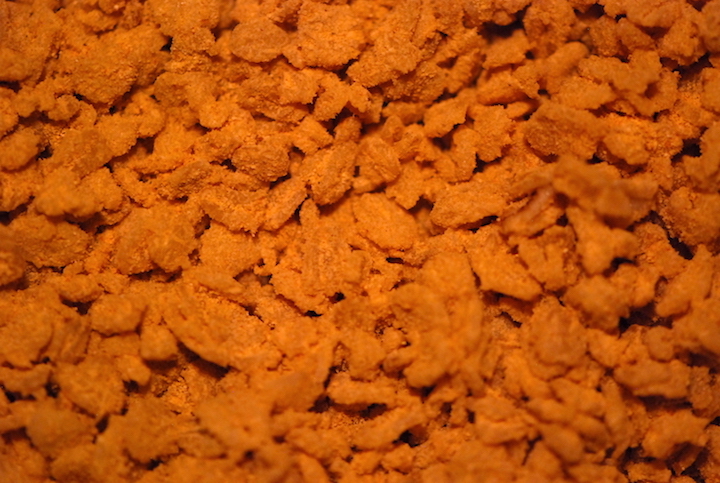 We'd taken to using Alt Altus and/or powdered dehydrated sweet corn for that purpose this summer (in combination, an uncanny approximation of Farina bona), but popcorn is one of those smells and tastes that evokes such universally happy associations.  So why not. 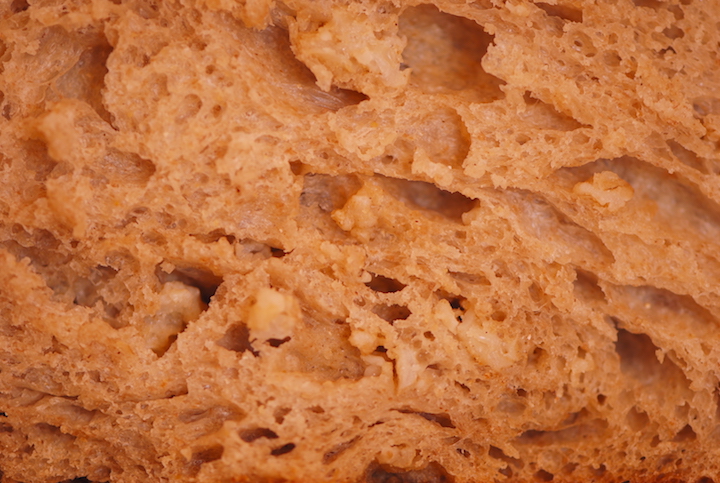 Farina bona would need to be closer to 10% of total flour to take center-stage and give the miche an assertively corny character. But we’re after some light maize counterpoint here, not a Popcorn Requiem Mass.  At 3%, it's a largely subliminal hint barely peeking above the radar, but a happy hint is better than no hint at all.

There’s an outside chance that Eataly sells Farina Bona in their stores (they don’t online*).  It's just the kind of unique regional product they'd promote. I keep forgetting to forage for it there.  But then again, Italy has far too many worthy regional culinary delights competing for precious Eataly shelf space.  More importantly, Cavigliano’s being culturally but not politically Italian is almost certainly a deal-breaker. Still, if you're lucky enough to have an Eataly nearby, take a look.  And a sniff.

* If you Google(Shopping) <Farina bona>, you get a page of Farina bona fan T-shirts.  I don’t know where that’s coming from. Maybe those romantic slow foodies have hired a PR firm.

Some of it will end up in the bread I'm baking this weekend.

I originally planned to use masa harina since it gives an intense corn flavor. Yet I guess toasted, then freshly milled corn kernel can't be inferior, can it?

Thanks for the brilliant idea. I love your bread "flavor enhancer" ideas: Alt Altus has become the pantry staple in my kitchen :)

Thank you for your kind words.  BE CAREFUL milling popcorn.  It is one of the hardest grains, if not THE hardest grain, you can put through a mill.  Yesterday I read an old post from Charbono here (search FreshLoaf for "home milling corn") about milling various kinds of corn where he said milling popcorn voids the warranty on Retsel mills! 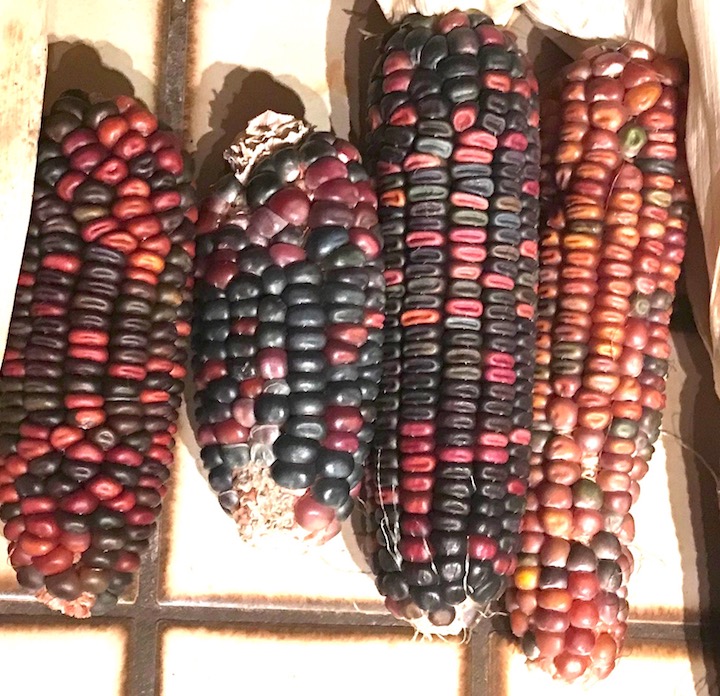 We're going to mill some (and toast some of it before milling too :-).  However, I will crack it in our Tribest spice grinder first, little batch by little batch.  Then I'll use our old Kitchen Aid KGM attachment, not our trusty Komo, until I'm convinced it won't overly stress the latter.

Popcorn is difficult to mill! I employed some tricks to get it done though.

Here is the bread: 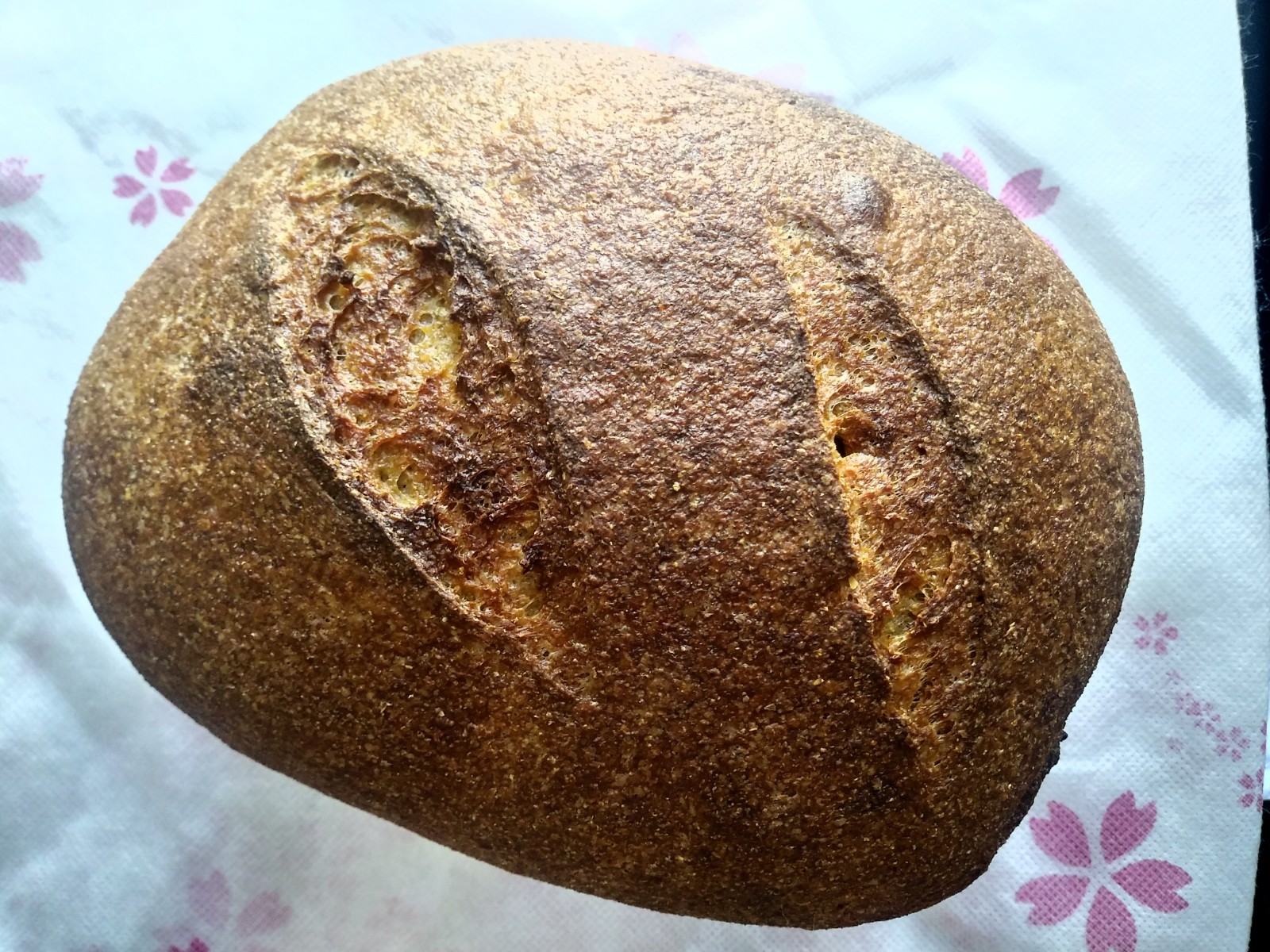 It turned out pretty well. Thanks for the idea :) Please refer to my new post for details.

pop corn flour and how it is made.  I sprout it  dry it in the dehydrator and grind it after cracking in the coffee grinder.  Never toasted it first and the sprouting is like tempering so the bran comes off easily to be tossed away.  Toasting it would really bring out the popcorn flavor for sure.  Can't wait to try it for popcorn grits:-)

Are you living in Italy now?  I was watching House Hunters International yesterday and a retired couple from Tennessee on a limited budget was looking for a cheap place in Western Tuscany, where it is cheap.  There was a totally refinished killer house for $150,000 but they also turned down a totally unfinished dilapidated one that came with acreage and a working winery for $80,000.  I about fell on the floor!  They could have fixed the house up for a total of $150,000 all in and had a winery too.  They bought a house in a mountain town for $100,000 and fixed it up instead - nice house in the end.  Now I want to move there:-)