Like many here, I've been studying Trevor's e-book recently, and I have to say it is a fantastic jumping-off point.  His thoughtful analogies, like "a bag of balloons," make a lot of sense as you read, and help to solidify the complex concepts he covers.  The chapters on dough strength were particularly helpful for me in my own personal development.

I also watched the videos on breadwerx.com over and over as I read the book to give my brain something to shoot for in the development of muscle memory.  In particular, I noticed during the first handling of the dough after the overnight rest it was really easy to be too rough without even realizing it.  Also, in the pre-round, sliding the dough along the counter with the bench knife in one hand while gently rolling it into a round with the other hand is trickier than it looks.  These are on my mental checklist to work on in the next bake.  But as I mention above, between the book and the videos, I had a great place to start from. 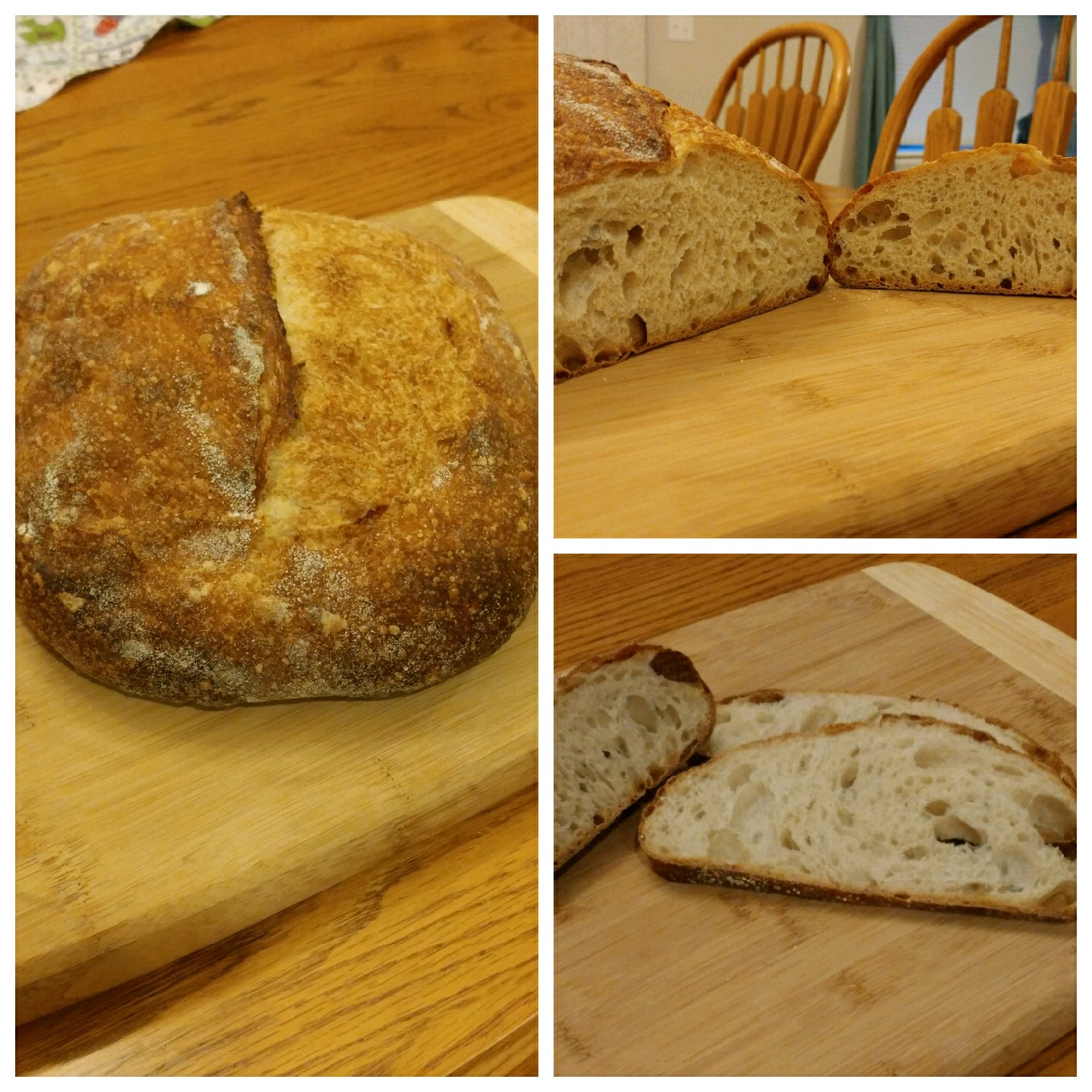 For this bake I pulled my liquid starter out of the fridge and started a 2-stage build in the morning on day one, then mixed up the pre-dough as Trevor instructs.  I called this "almost" Champlain Sourdough because I didn't have any Spelt.  Instead of 38g of Spelt I used 19g of WW, and 19g of Durum semolina.  Otherwise, I followed the formula and instructions to the letter.

I don't have a combo cooker, so baked on my stone covered with a cast aluminum roaster for 20 minutes, then uncovered for 20 more.  Best grigne I've gotten on a loaf in forever, and the crumb is exactly what I was hoping for.  My family and I like the crust at this color (we're not 'bold bake' fans) so 40 minutes was just right.

I'll definitely be playing around with this technique for a while because I'm really pleased with the results after only the first attempt.

Good looking loaf! Did you see that Dan and myself have a very long thread baking the Champlain and also some very useful comments from Trevor himself there. Dan put a post out for a bake where we try to synchronize and then we can learn and compare notes so to speak. Just wanted you to be aware and just spotted your post..... Kat

I agree that there are many parts to consider and it is not always as easy as it looks in the videos. but look at the big improvements many are achieving, it is so worth the journey.