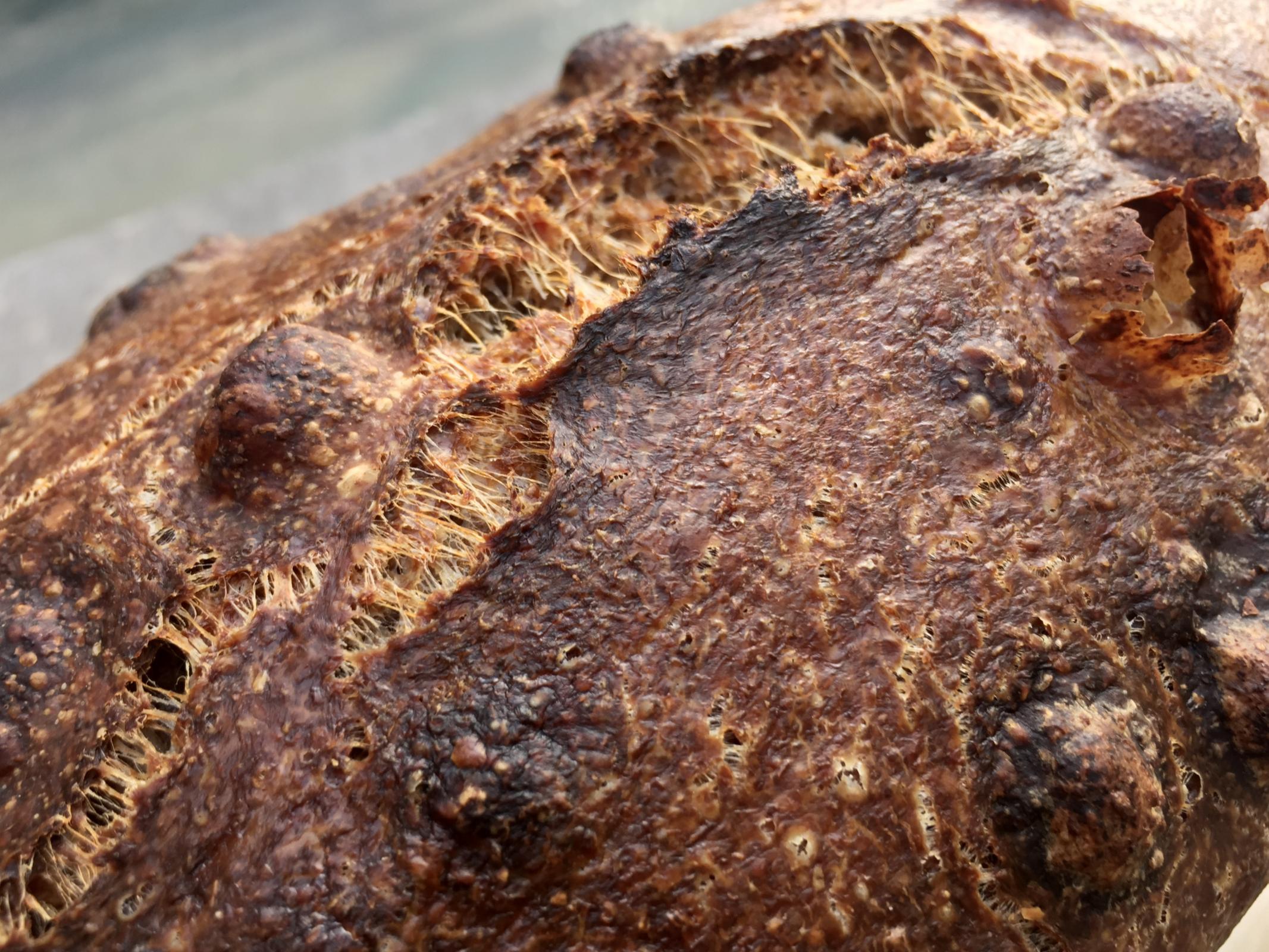 Hi Everyone.. I was lost, but now I'm found and back to making some bread. I just haven't had any time to bake in a long while. So I went a bit overboard this weekend by making sourdough waffles, sour dough banana bread and a high hydration whole wheat sandwich loaf. I was inspired by Mauirzio Leo at The Perfect Loaf with this recipe: https://www.theperfectloaf.com/whole-wheat-sourdough-sandwich-bread/  He has a remarkable site if you haven't seen it before.

I realized after the bake that I goofed. I ended up using dark whole wheat instead of white whole wheat and while I can't be sure now, I'm almost positive I didn't add a small amount of flour in his recipe (the 44gs of whole wheat). I was trying to do too much - these bakes an roast a chicken with veg. I seriously need to take a step back and do less!

I thought the dough was much too wet when trying to shape as i had a water film on my counter. The more I tried to shape, the more I had water under the dough. I know it could also be the tolerance of my flour to absorb the water.  I tried to shape it, and then the skin collapsed as I pushed it too far. It was a bit of a floppy mess, but it had resistence until I took it too far.

By my account this is a 109% hydration dark whole wheat loaf! The pan is the only thing that saved it! 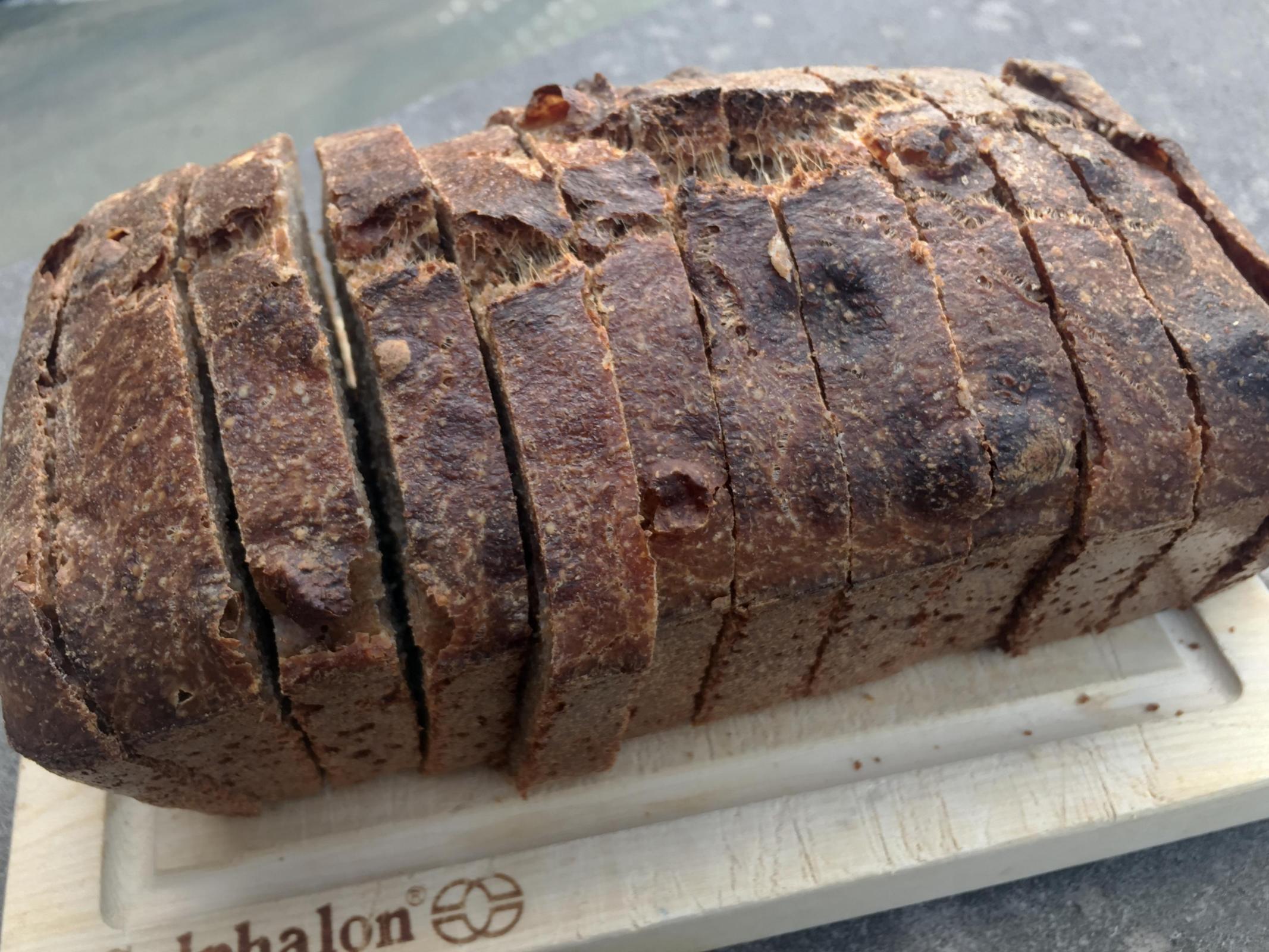 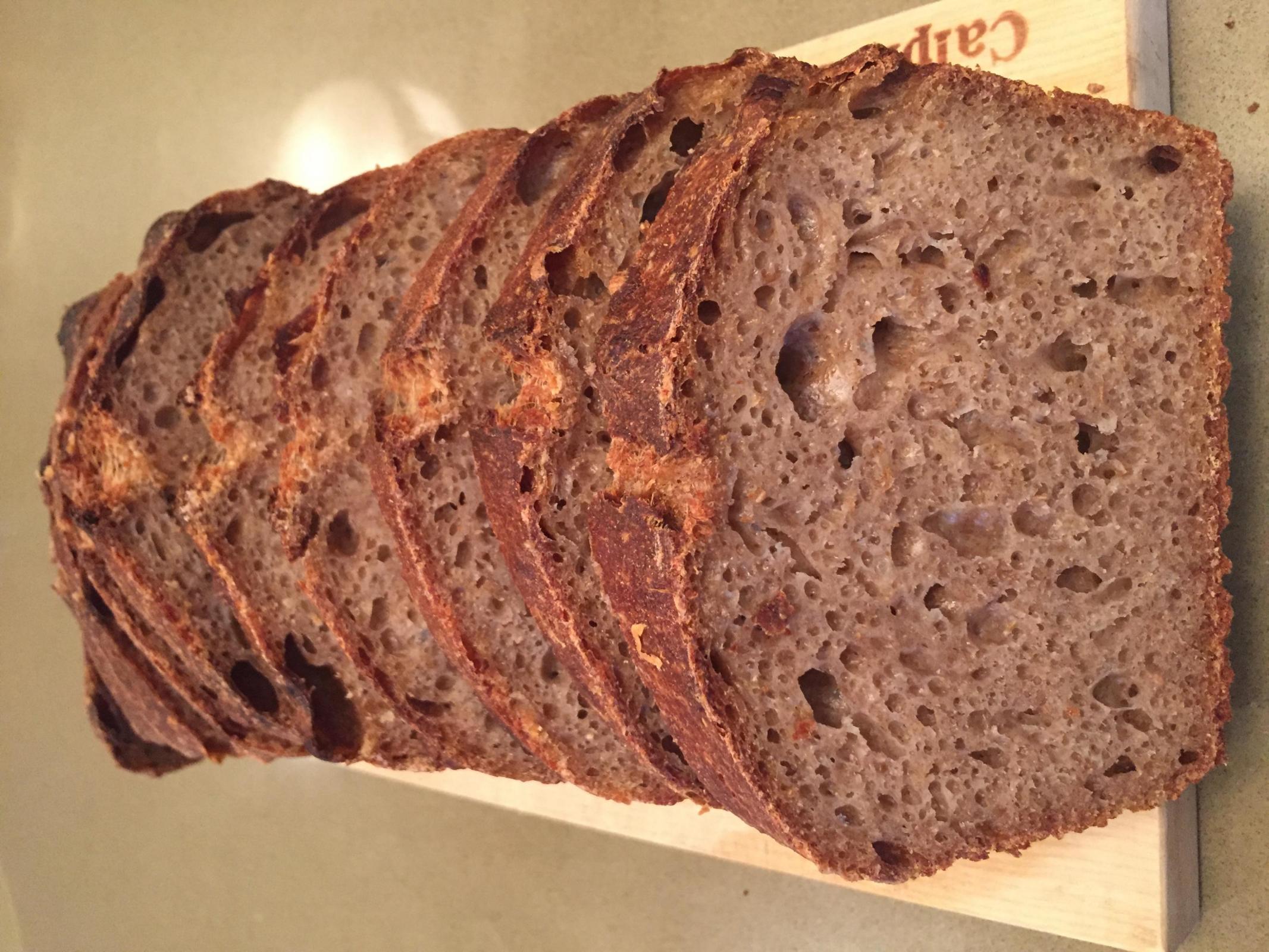 The crust is a bit crispier than I'd like. I placed the pan on a heated pizza stone and then covered it with an upside down stainless steel bowl to trap the heat for the first 25 minutes before I removed it and reduced the heat as he suggests.  The crumb is more moist than I like - i gave a slice a strong toast and that helped a lot - it's not gummy. The smell is a mix of caramel and whole wheat - very nice. It's very flavorful. I added 3g of malt powder as he suggests (but I need to test it to see if it's diastatic).

Overall, it could have been better but I'm definitely gonna eat it!  I'm going to try it again when I have time to give it my undivided attention and be sure I use the right flours!  Shaping was very difficult, but I could see that I was close - I think if I had the hydration and flours dialed in, It would have been more manageable.

is lots to be proud of about it.  just wonderful.

you're characteristically generous.. thank you!

I tried the same recipe late last week but without diastatic malt powder. Mine turned out pretty good, but not as good as yours!! the crumb is fantastic here. Great bread.

Here's the way I have found to handle my...
Converting Whole Wheat Starter to Bread Flour
Tartine Bread vs Flour, Water, Salt, Yeast
My oven's giving me trouble..will shut down...
Link to Science of Sourdough webinar from...
END_OF_DOCUMENT_TOKEN_TO_BE_REPLACED