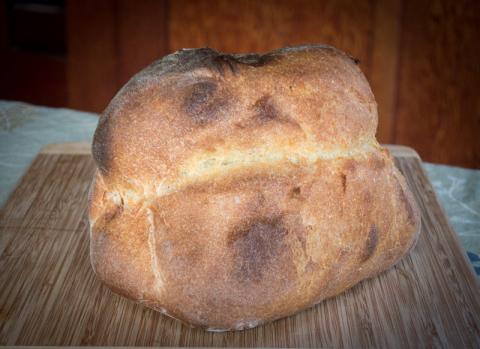 The last few weeks have seen a flurry of Pane di Altamura posts.  For me, it started with Michael’s (mwilson) post on the behavior of Durum flour, the semola rimacinata di grano duro used by the bakers in that famous region.  Abe (ABakEr) posted a very nice loaf with an open crumb using a pretty inventive technique. David (dmsnyder) followed up with his version that also showed off a beautiful crumb.  I first posted about my attempts about a year and a half ago after returning from my visit (pilgrimage?) to Altamura and being wowed by the bread.  I tapered off my trials after some medium successes: while the breads tasted great I was stymied in my attempts to shape it in the traditional u sckuanète folded shape.

I have been baking a lot since then, practicing and honing my skills, so it was time to try my hand at the Pane Tipo di Altamura (as David rightly calls it) again.  Lots of reading and rereading, watching and rewatching videos, and learning from others, I decided on a 65% overall hydration dough using a 100% hydration durum starter (biga naturale) that was 16.7% bakers percent of the flour, minimal proofing but assuring that there was sufficient fermentation.  The starter was refreshed 3 times at roughly 12-hour intervals.  The bake was done without steam, leaving the oven door very slightly cracked open as is done in Altamura, to try to get the 3 mm thick crust that is written into the DOP regulations.  Here is the formula and method. 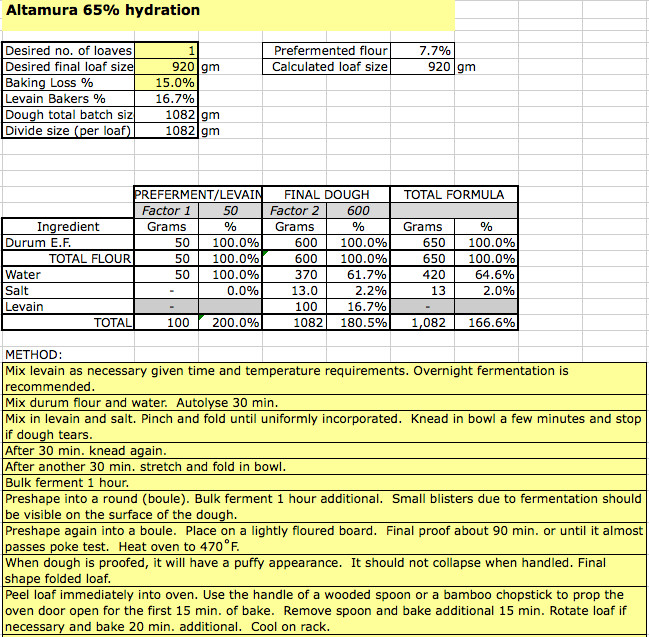 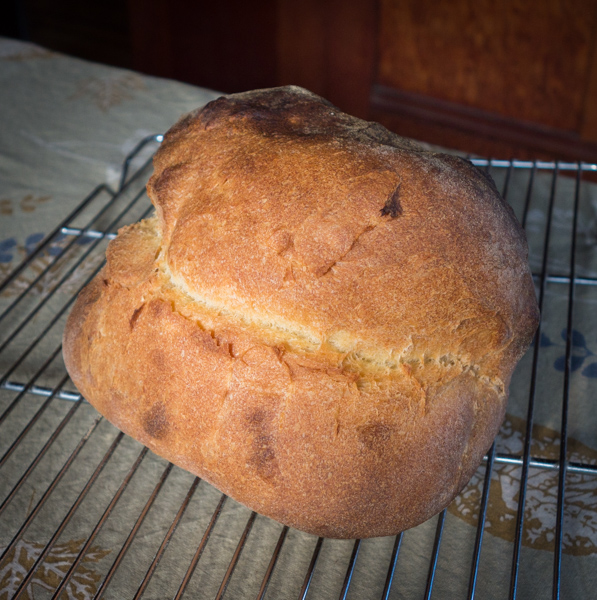 I’m pretty pleased with the result, at least the outward appearance.  The shape of the loaf is as close as I’ve ever gotten to the traditional shape, although there is room for improvement. The crust darkened too fast, so I think the temperature was too hot in the beginning, so I will reduce it and bake longer next time.

[Update 4/4/16] I cut into the loaf this morning, and the crumb is a bit disappointing.  It is too dense and tight.  I also had some shaping issues that left a couple of caverns in the loaf, though I think this can be corrected with a minor adjustment.  I think my main mistake was being a bit too aggressive on the bulk ferment because of not wanting to allow the structure to degrade by proteases if overfermented.

I am already preparing for another bake later this week, and this time I'll incorporate some ideas from both Abe and David: I like Abe's idea of letting the dough rest after final shaping, even if just a few minutes, before peeling into the oven.  I also like David's thinking that using a higher hydration for increased extensibility would be helpful. 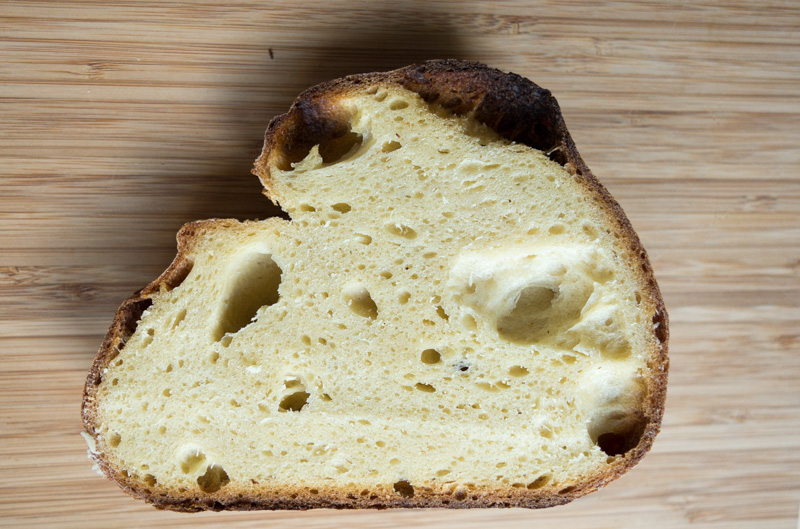 The taste was decent, but not quite as nutty or flavorful as expected, which, I think, argues that the bulk fermentation was insufficient.

From the outside, it looks like you got the thin, crackly crust. I'm eager to see the crumb.

I think that there is progress with shaping the folded loaf, though still a ways to go.  The crumb (now posted) was too closed and tight, probably because I overcompensated in not wanting the dough to get broken down by proteases and erred too far in the other direction. We keep trying.