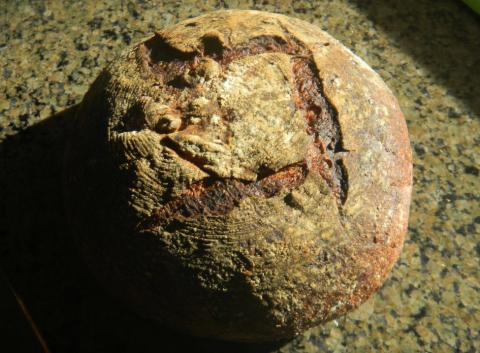 After last Friday’s bake found here: Götz von Berlichingen Ancient Age Sourdough Bread  our research on Götz of the Iron Fist turned up all kinds of interesting factoids.  After downloading our new Swami Swabi app for the iPhone, Lucy was able to channel many famous dead Swabians and ask them what Swabien bread they enjoyed the most when they were alive - amazing technology - really ! 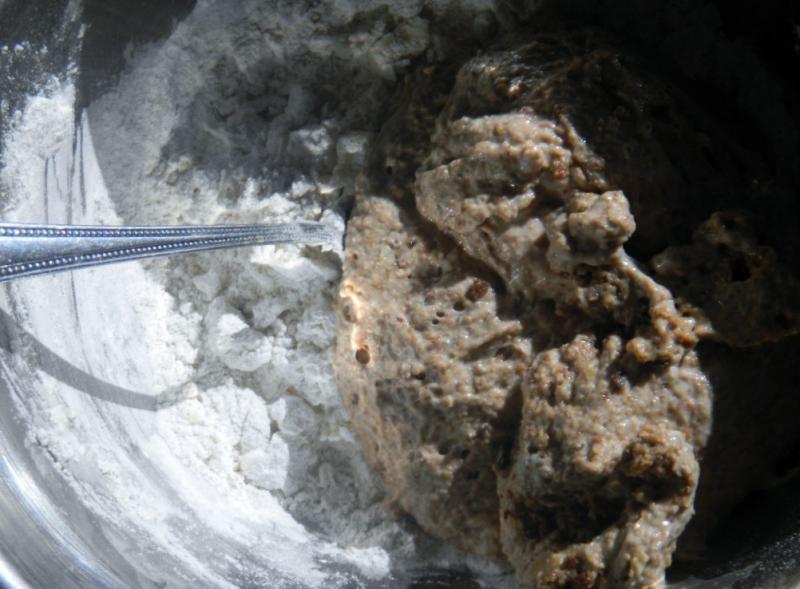 At 50% of the total flour and water in the dough, the levain is much darker than the dough flour.

First off, Götz isn’t the only famous Swabian out there but, not surprisingly, he liked Bavarian Missing Limb Sourdough the best.  This is a not so famous Swabian bread that is slashed very deeply, but only on one end and it is this burnt end tat falls off while baking.   You might have heard of some of the other famous, Swabians Lucy talked to.  I know I was taken a back with her list even though it contained no women for some reason.   Lucy has no time for other women and prefers men by far epecially those with Von in their names. 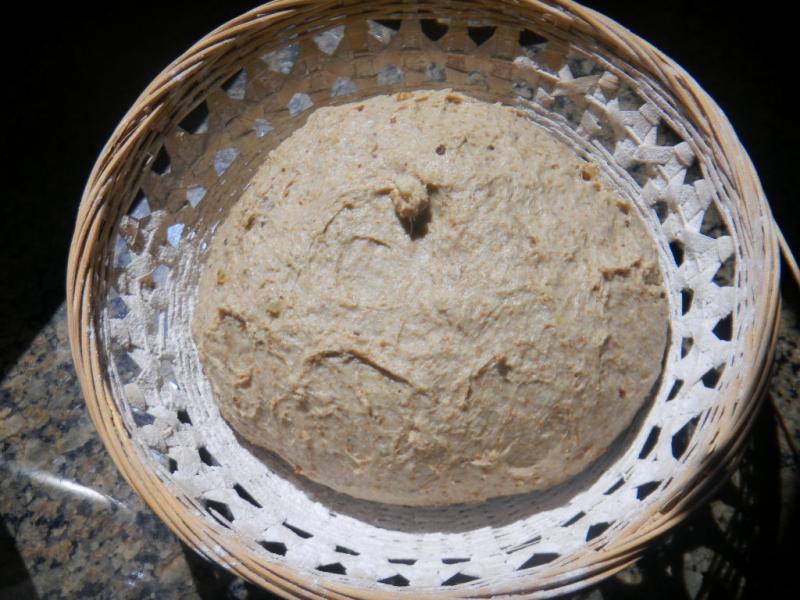 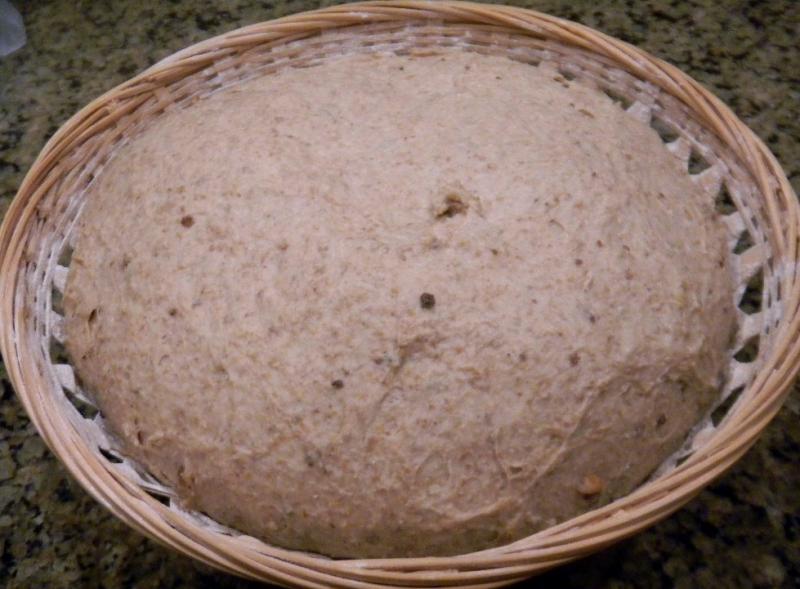 Albert Einsteain, Leopold Motzart, Robert Bosch, Gottlieb Daimler, Roudoloh Diesel, Earnst Heinkel, Johanner Kepler, Georg Wilhelm Friedrich Hegel, Erwin Rommel and Erich Hartmann the highest-scoring ace of WWII with 352 air victories …along with three other notables – Claus Von Sauffenberg and Friedrich Gustav Jaeger - both German Army Officers tied to the assassination attempt of Hitler in 1944 and Georg Elser who tried to assassinate Hilter in 1939.  These are just a few of the famous men that Lucy talked to with her new Swami Swabi app….. I’m glad I don’t have to pay her phone bill tied to those long distance, calls. 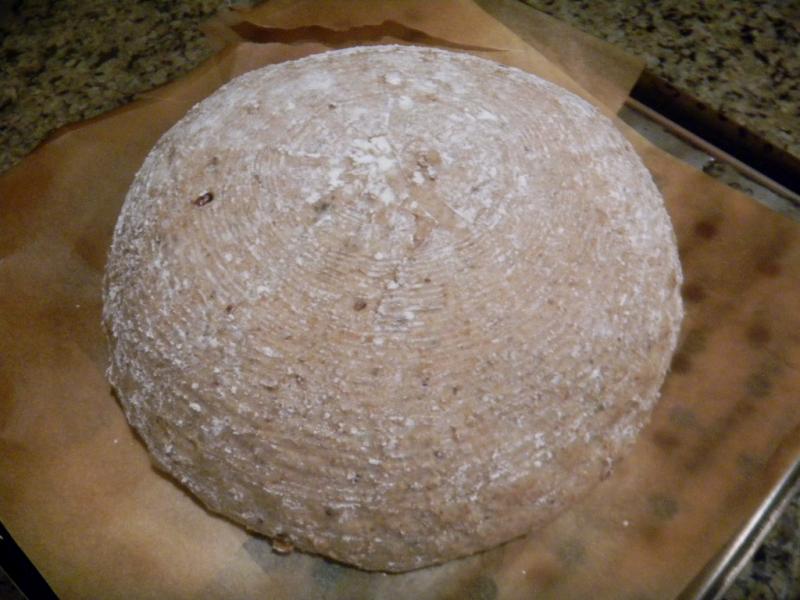 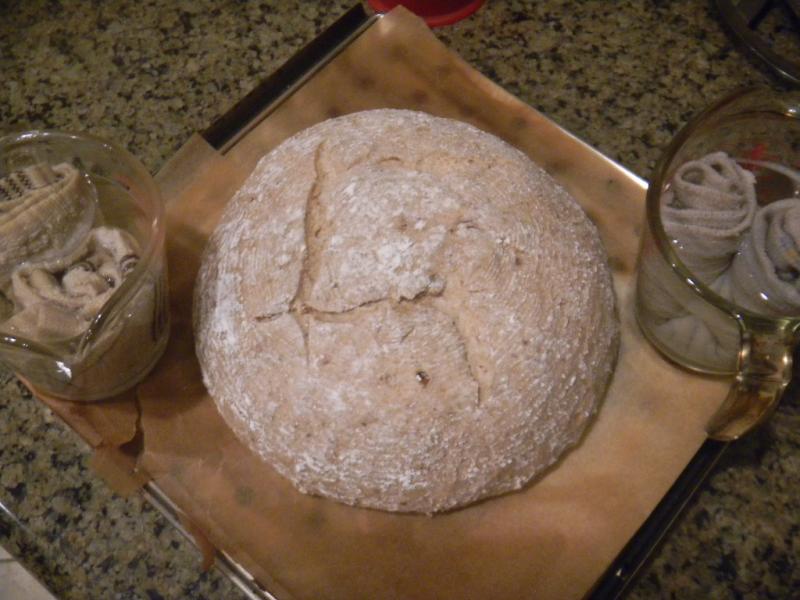 Lucy reports that most of them liked the usual SD Swabian breads like: Swabian Rye and Wheat Sourdough - Graubrot, or Schwabisches Weizenmischbrot which are still two of the most popular breads in Germany.  Sadly, these breads have commercial yeast kicker as a separate poolish for some reason.  I suppose the bakers just don’t trust their SD levain enough to raise the dough on its own?  We don’t have that problem here. 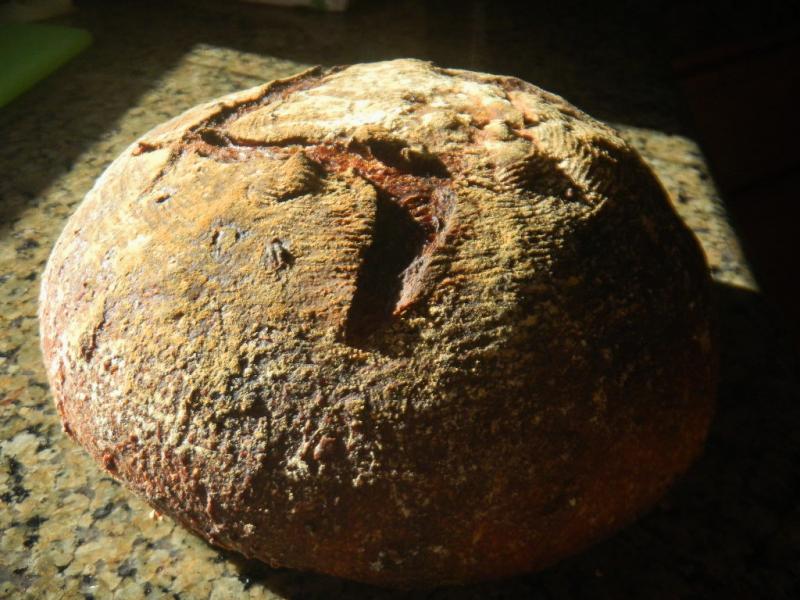 After hearing about most of these breads, Lucy was most impressed with Einstein’s mother's interpretation of Swabian Potato Bread (Schwäbisches Kartoffelbrot) that his mother would make for him supposedly to keep his mind sharp.  We love potatoes in bread too and anything that might help our brain is welcome.  This bread had some whole grain altus, a little rye and mostly white flour with a separate commercial yeast polish to help out the SD levain.  Lucy took one look at it and said she could come up with something a little more to our liking and way better than anything Einstein’s mother ever gave him to bite into.  She finds it amazing that Einstein could think at all after eating his mother's Schwabisches Kartoffelbrot. 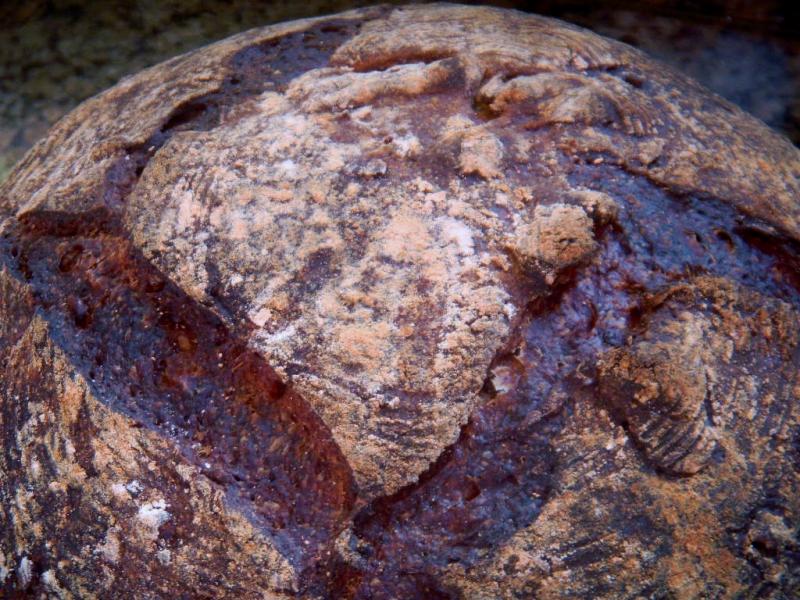 Lucy abruptly hung up on Einstein after wishing him goof health and started working on her formula.   She ditched the commercial yeast replacing it with a yeast water levain that was combined with the SD levain to make a gigantic Mega Combo Levain that equaled the hydration of the original recipe. 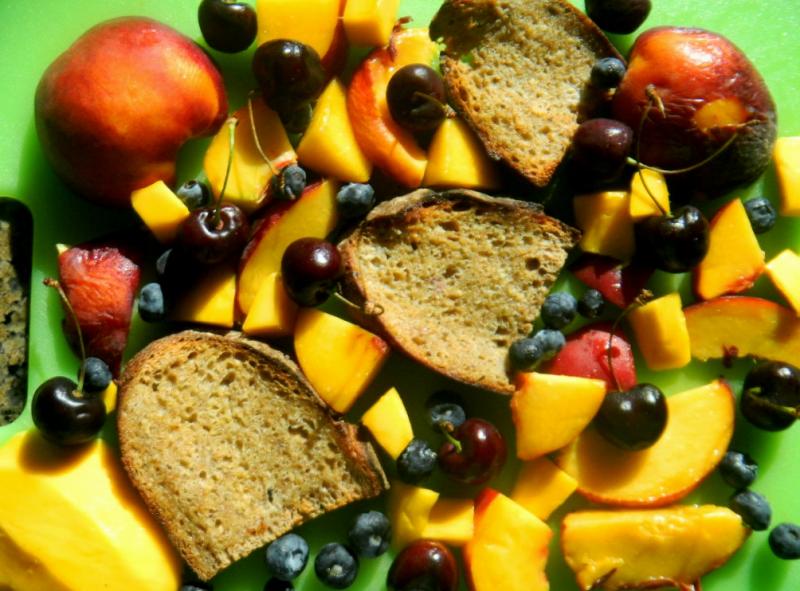 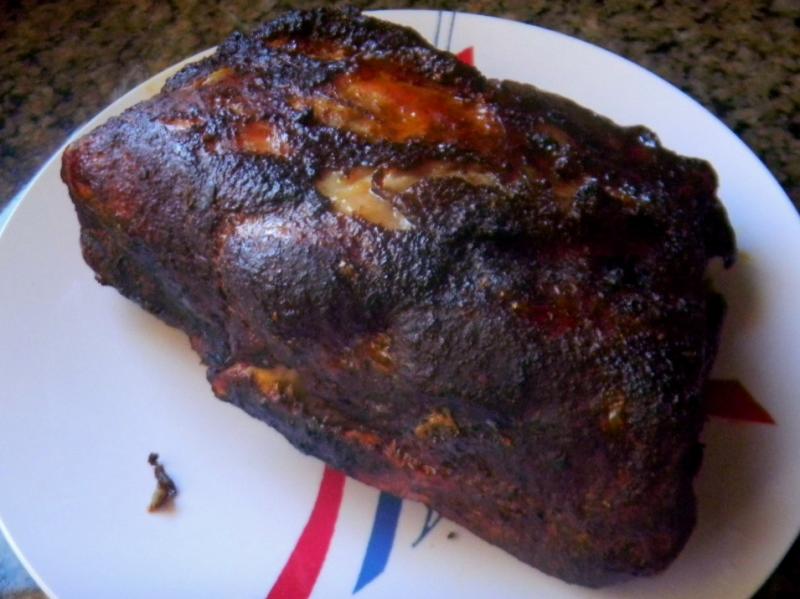 She used the 15% extraction from the whole wheat and whole rye milling to feed the levain and some of the 85% extracted wheat to go along with the AP flour.  She also chucked the Götz von Berlichingen altus in the levain too and used the potato boiling water for the liquid in the levain and dough.  Lucy won't throw anything away 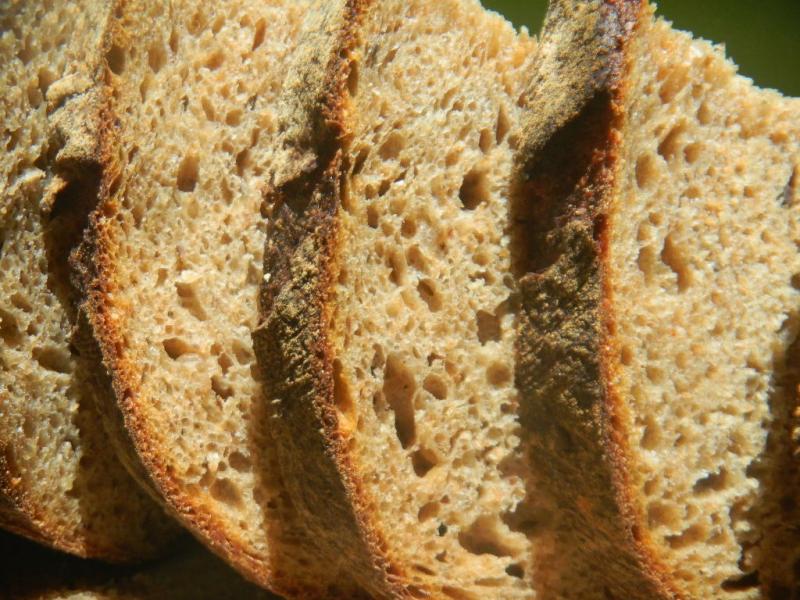 This got all the sifted hard and whole bits in the one build combo levain which was left on the counter overnight so it could double in 9 hours.  We stirred it down and it doubled again in 3 hours and was ready to go at the 12 hour mark.  No autolyse this time but we mixed everything else up with, the exception of the butter and let it sit for 30 minutes before doing 3 sets of slap and folds of 8,1,1 minutes - 20 minutes apart.  The room temperature butter was slapped into the mix during the 2nd set of slap and folds 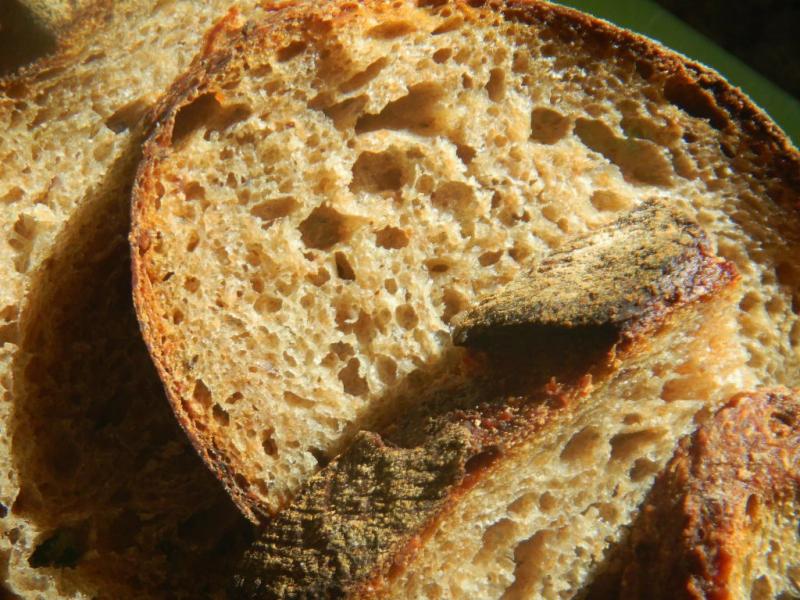 We then did 2 sets of stretch and folds on 20 minute intervals before doing a pre-shape and final shape of the dough into a boule.  It was then placed in a rice floured basket and retarded for 12 hours.  There was no room temperature bulk ferment since this is AZ and the kitchen is very hot at 88 F and Lucy didn't want the dough to over proof in the fridge while she slept - which is most of the time.  We allowed the dough to warm up for 2 hours on the counter the next morning to get to exactly 92.27% proof before firing up the mini oven to 500 F and getting 2 of Sylvia’s steaming cups, dish rag inside, to boiling in the microwave 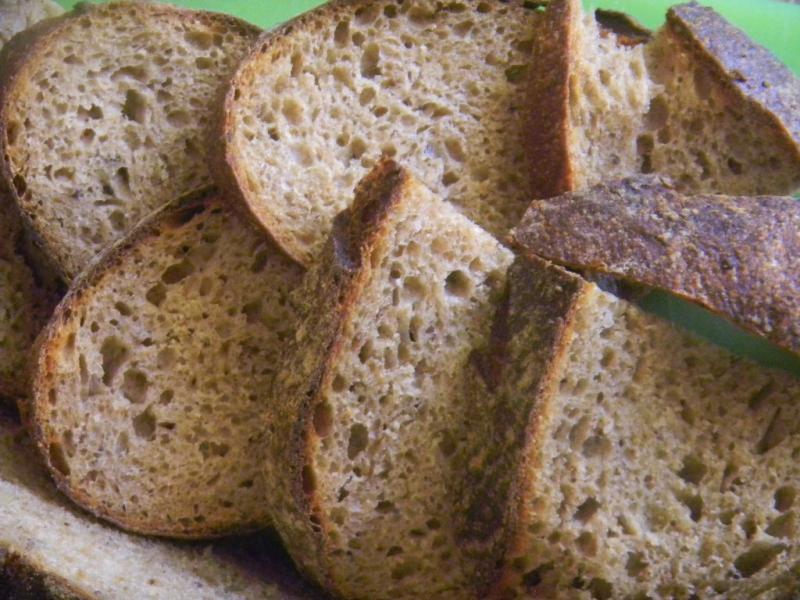 We tipped out the bread onto the top of the mini oven's vented broiler pan that was covered in parchment, the steaming cups were placed catty corner and the whole assembly loaded into the Mmni oven for 15 minutes of steaming.  After 2 minutes we turned the oven down to 450 F. 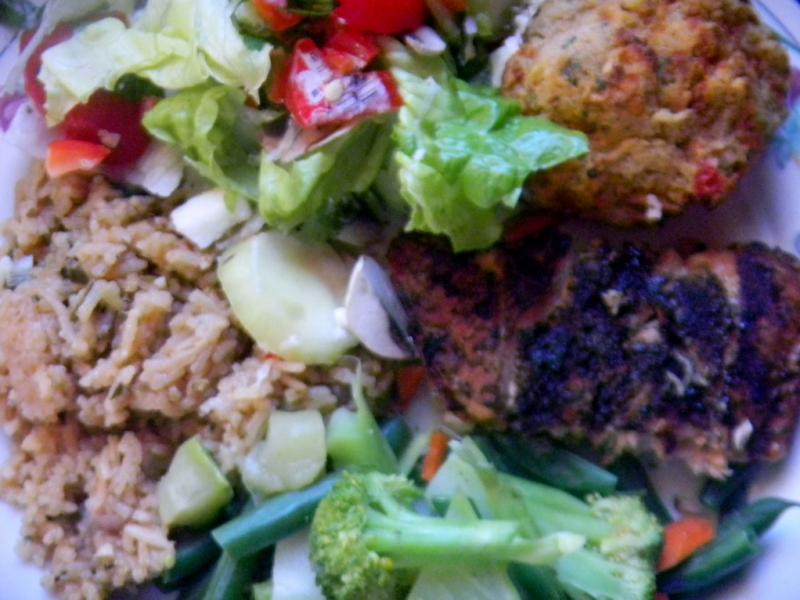 Crab cake and grilled salmon with a  smoked rib tamale dinner below. 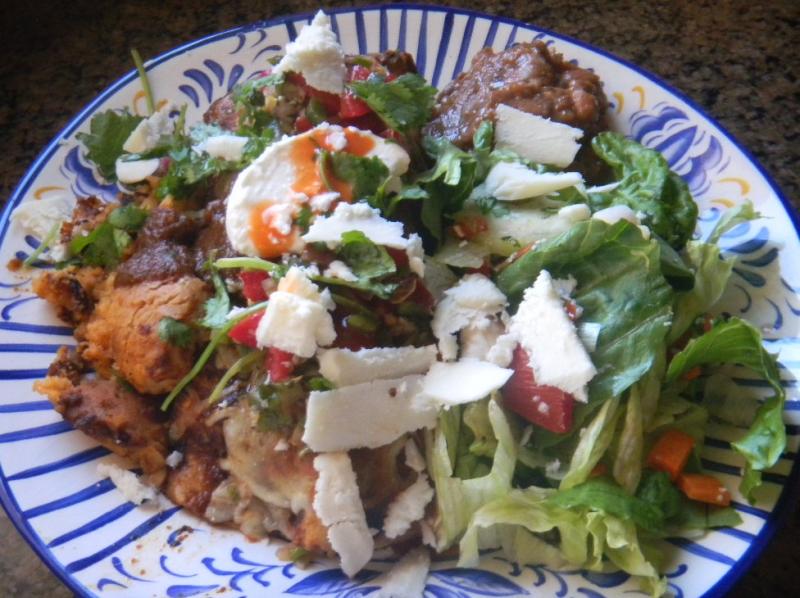 Once the steam came out, we turned the oven down to 425 F, convection this time. 15 minutes later the bread was 205 F on the inside and removed to the cooling rack.  It has bloomed a little, sprang well enough and browned that dark mahogany color showing it was boldly baked.  The crust was also very crisp. 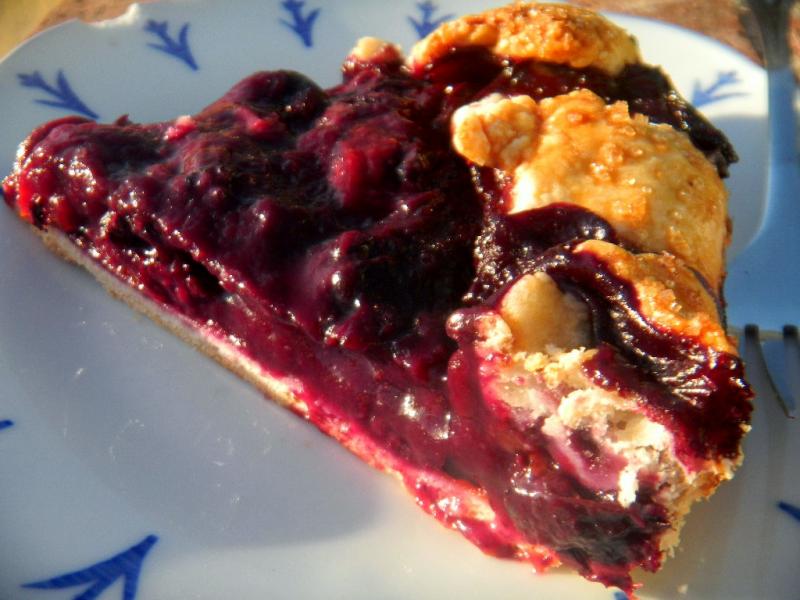 Blueberry, strawberry and apricot galette makes for a a fine dessert anytime.

.Once it was cool we wrapped it in plastic and let it sit on the counter overnight for 8 hours.  The crust softened as it rested.   The crumb ended up open, soft and moist.  The crust was especially tasty and the bread was lightly sour with the yeast water muting the sour as it always does. 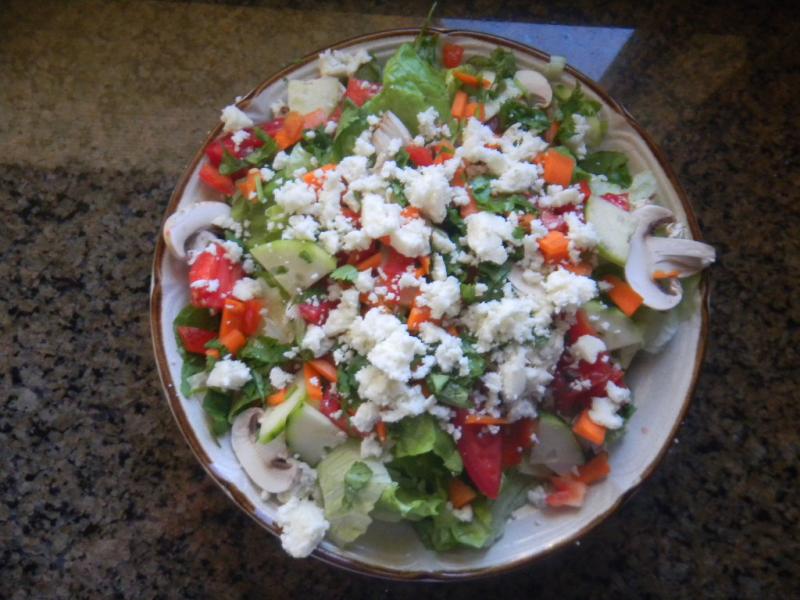 This is fine tasting bread and no wonder Einstein loved his mother’s version even though hers was less healthy and tasty:-)  Just think what he could have accomplished if he had access to Lucy’s Schwäbisches Kartoffelbrot.  He might have been able to become telepathic, maybe enable him to teleport himself and others into the future or discover the Theory of Everything instead of wasting the last 30 years of his life with a stuck bran!.  At least we can still talk to him any time we want with our new Swami Swabi iPhone app. 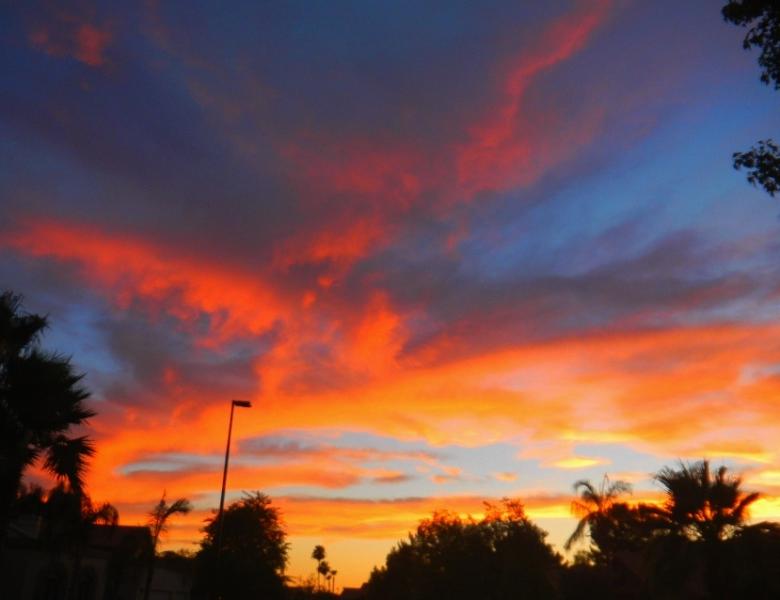 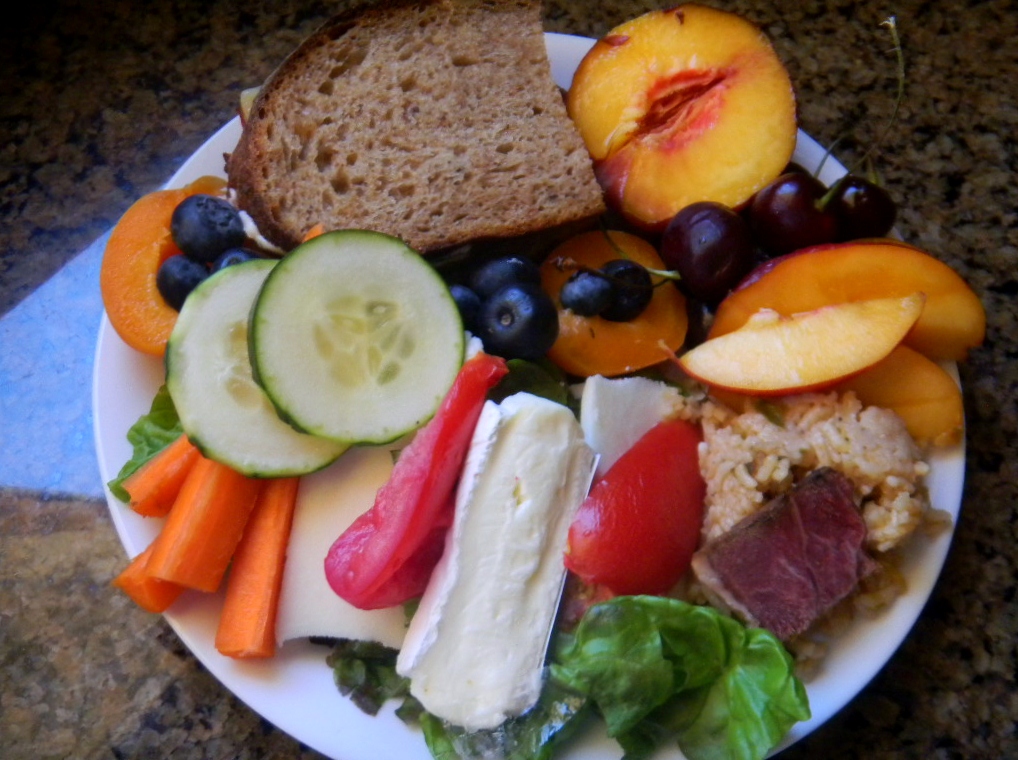 Nothing like a good lunch eaten with an iron fist.

Mighty Tasty lookin Potato Bread there.  Looks great inside and out.  Good enough for knight indeed

bread for sure - we love it.  The crust on this one was about the best ever.  Happy Baking Josh

Did Lucy get a sister called "Lacy"?  Anyway, we love Lucy/Lacy's potato bread and would have loved to hear more about her conversations with all these famous Swabians, although our German is non-existent so we would have needed a translator.

Love the crust and crumb on this one and it must taste great.  That porky shoulder looks amazing....reminds me to go shopping this weekend for the 4th of July BBQ.  I'm making my friends a brisket, but will probably smoke some ribs and a butt or shoulder for later in the week.  My Father-in-law is visiting us from NC for the next 10 days so we have to fatten him up before sending him back home :).

I'm working on my post for my One armed knight bread this morning.  Should have it up soon.

Happy Baking Lacy/Lucy or whomever you truly are :).

channeled Gotz of the Iron Fist her new sidekick would be named Mace, or Macie depending on gender, after that fine blunt battle ax:-)  Lucy loves her new Swami Swabi app and that she can practice her German on ghosts.  Now she wants one for the Hill Folk of the Ozark Mountains so she can talk to the Clampetts and possibly find out why i am so messed up :-)

Lucy has never come up with a SD YW combo levain with such gargantuan size or one with altus in it either.  I was going to let it retard in the fridge for 20 hours so I could bake it Friday morning but right before I went to bed it was ready for the oven at 12 hours so the bread won and we got done about midnight :-)

The late night bake was worth it.  This is one fine bread. You would love the potatoes.  Glad you liked it Ian  Lucy says Hi to your knights in training. 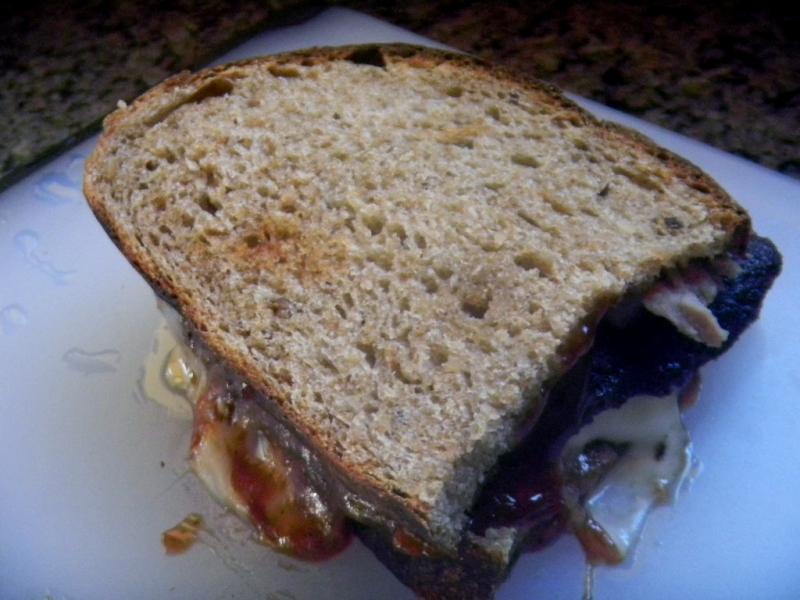 to Arizona? How do you manage to eat all those delicacies (I didn't notice that Lucy was overweight)?

Have a nice weekend!

wife is very strict and she hits me very hard if I give her any while she is around:-)  It's all in the portion control.  Take the very nice blueberry, apricot and strawberry galette. You just cut the portion in half and then eat both halves when no one is looking.  Learned  that from one of my Pennsylvania  Dutch Grandmas She was always thin and lived to be 94.  My other Pennsylvania Dutch Granny was just the opposite.  She ate to helpings of everything and was never thin except during the depression.  She too lived to be 94 and just shows you how strong German stock really is, no matter how thin or fat they are - at least for the women   Your mother is another example.  I think it is bread like this one that makes this longevity possible.

That mini oven with Mega Steam supplied by 2 Sylvia's steaming cups  puts a crust on bread like no other oven can.  When i tell people that the mini  oven makes better bread than Big Old Betsy they think I'm kidding  them but we don't allow that around here:-) Glad you likes the bread Karin - we do too - it is just plain delicious.