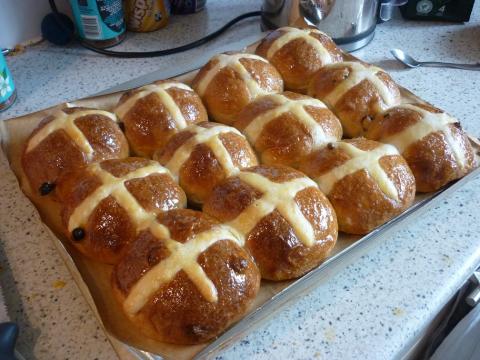 These buns were a make it up as you go along effort. I was still deciding on the numbers with the mixer running, working the dough I had thus far and I liberally added spices in the style of a well seasoned chef.

Having worked up a sweat mixing this dough partly by hand as well as in the mixer and the dough complete I saw I could have added more liquid. I knew the dough would tighten up a bit upon adding the dried fruit but I didn’t compensate enough. Still I was fairly pleased with finished dough considering this was an off-the-cuff, part improvised endeavour. 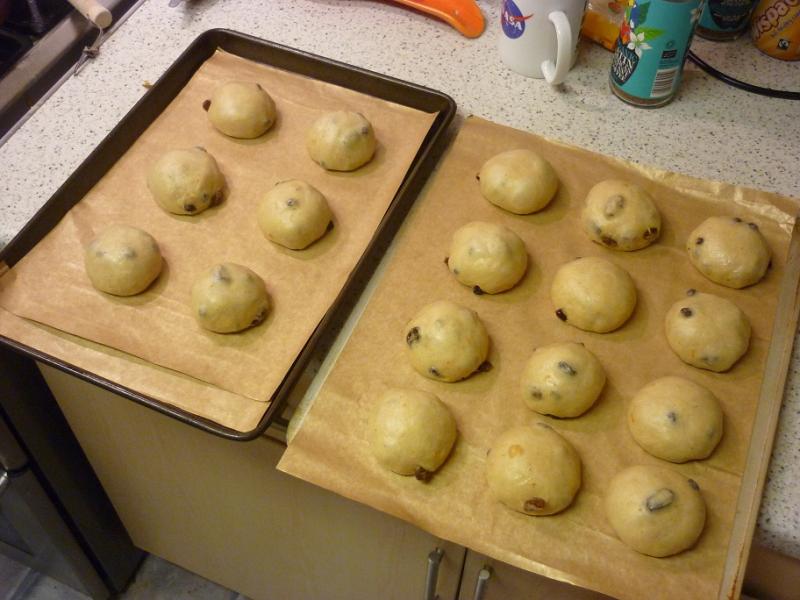 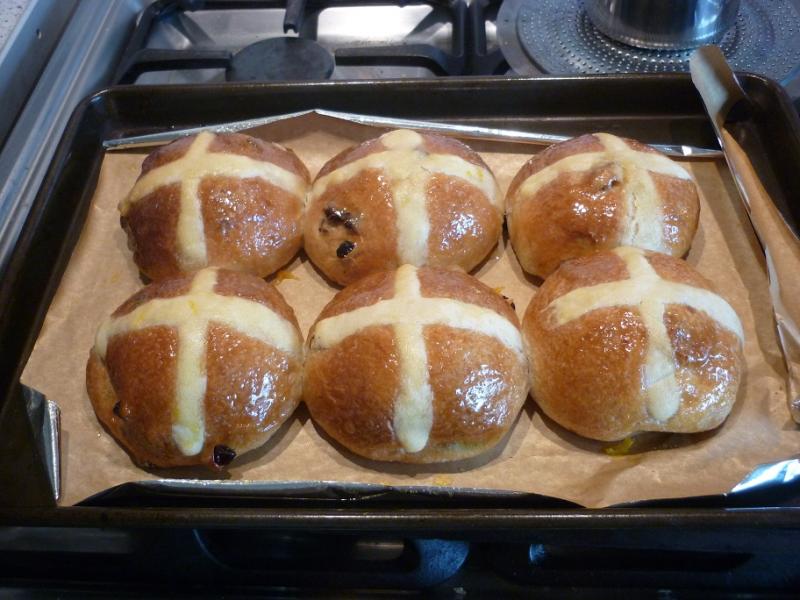 In keeping with the theme of improvising I picked a random weight at which to scale these. At circa 85 grams I had enough dough to make 18, more or less equal buns. 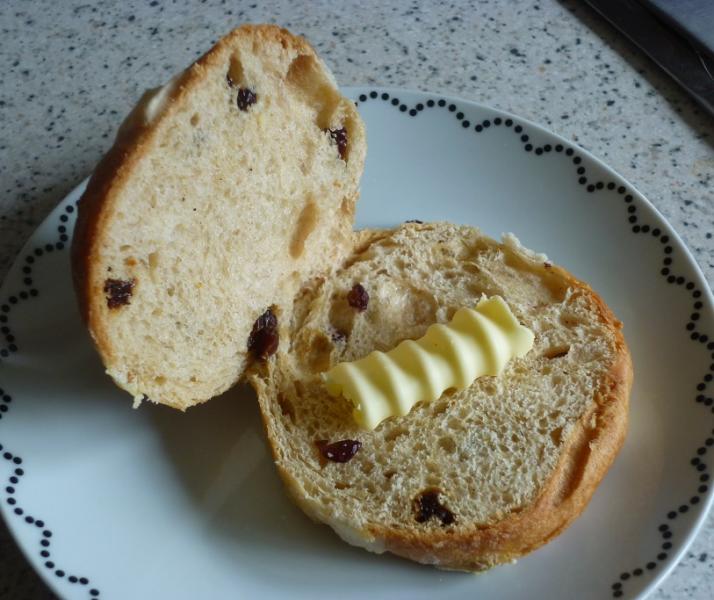 Traditionally the crosses should be made of just flour and water but I added some butter in there to shorten the flour slightly. And I used juice from the orange which I zested with some sugar to make a sweet glaze for the buns.

I see you are sporting a new photo…changing faces as spring marches in :)

Nice hot cross buns.  I just finished a weeks worth of baking HCBs too.  Interesting in that your spice mixture is very similar to mine which is a mix I bought at a local store…now I am contemplating  making my own mix  since I already have all of the spices included in the store bought mix.  I just don't trust my ratios yet so I have been doing it the 'easy' way - ready made….Think maybe you have given me the push I needed to 'just do it'.

Love the curl of butter on the bun.  Looks extremely inviting - extremely!!!

Always best to make your own. I love spices, and use them frequently and so I have a good idea of how much to use of each.

Are we going to see the hot cross buns that you baked?

No photos of the buns.  They have all gone to their homes and have been eaten up….Maybe next year when Easter isn't so close to tax deadlines :O

You have gotten me thinking about mixing my own so I went and bought some mace as it is one of  the spices in my mix that I didn't have.  When I get time I am going to begin dabbling with spoons and scales and see what I come up with.

Thanks for the nudge :)

I thought they tasted pretty good! One of my tasters said they were the best hot cross buns she'd ever had.