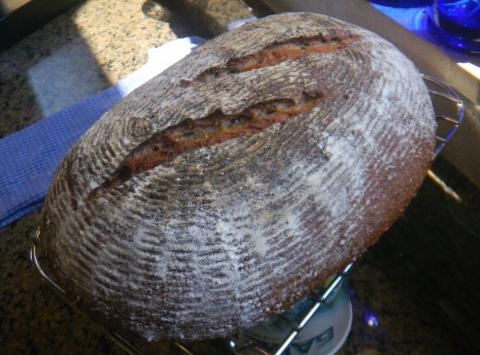 We used the same amount of the 3 part levain that we used for the Challah bake earlier this week.  It was a 3 stage poolish with a pinch of DY, YW and SD levain that was retarded for 48 hours 1 hour after the levain had risen 25% after the 3rd feeding. 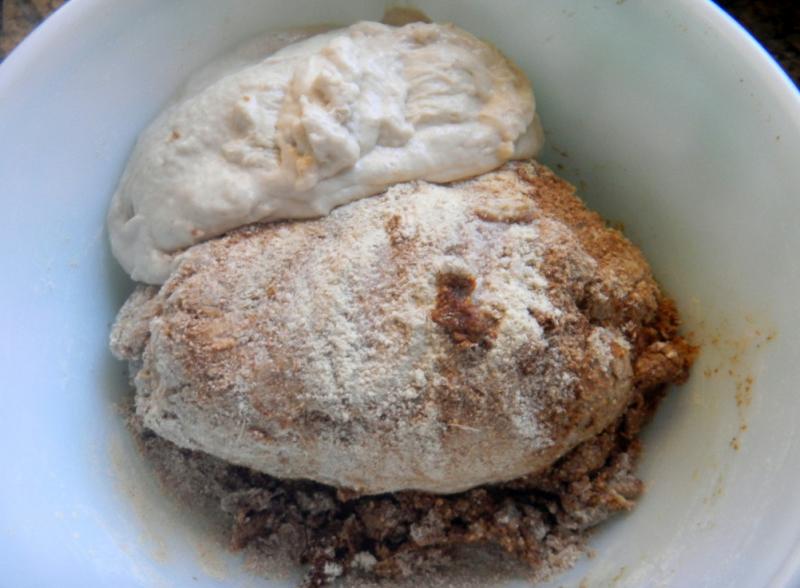 Our last Tzitzel used a SD levain and we know the Pratzel’s Tzitzel was commercial yeast.  We would expect that this will more closely approximate the flavor of the St Louis original corn rye. 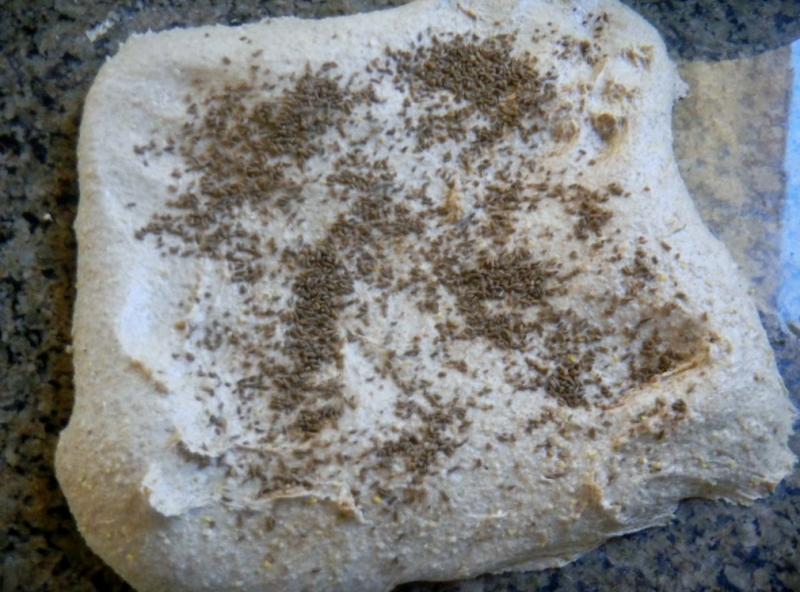 There are no home milled flour in this version.  We used rye, whole wheat bread flour and unbleached bread flour out of the bins at Winco.  We assume the rye is a white rye flour.   Instead of 40% rye we used 35% this time and the corn meal was put inside instead of rolling the exterior of the dough in it like last time. 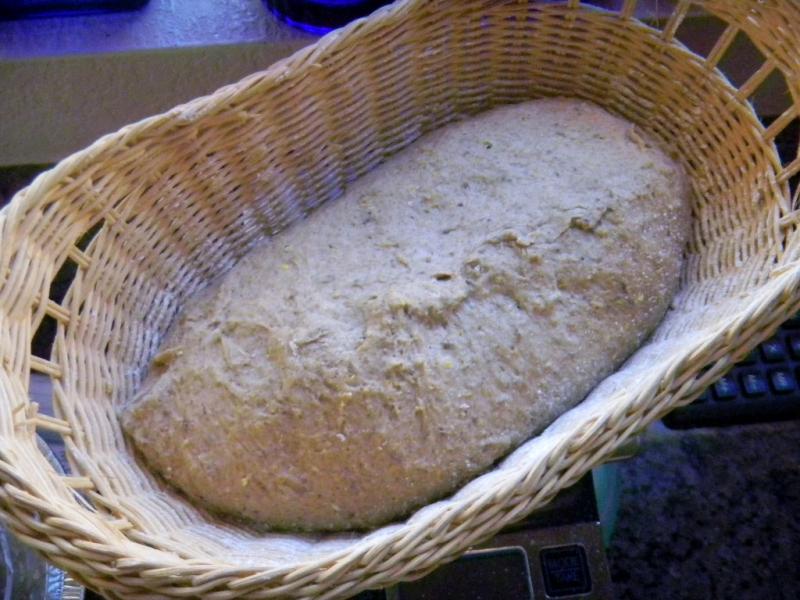 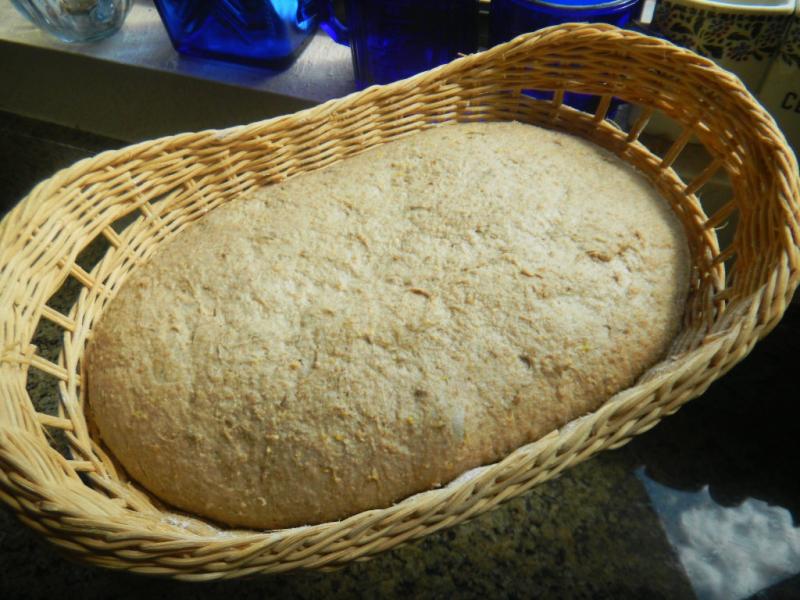 We will have to see how this combination of flour mimics the taste of the Pratzel’s version after version 2 turned out very tasty indeed but not very lose to the original.   We reduce the hydration down to 81% thinking that there was only 33% whole grain and non of it home milled. 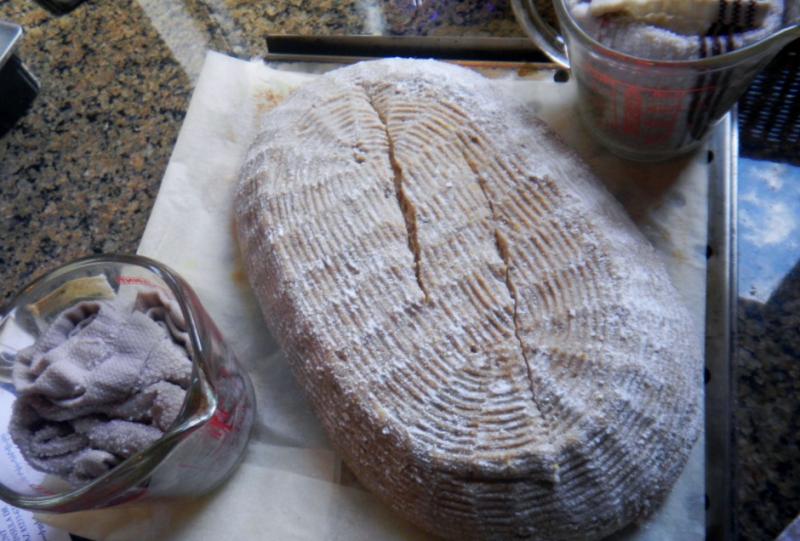 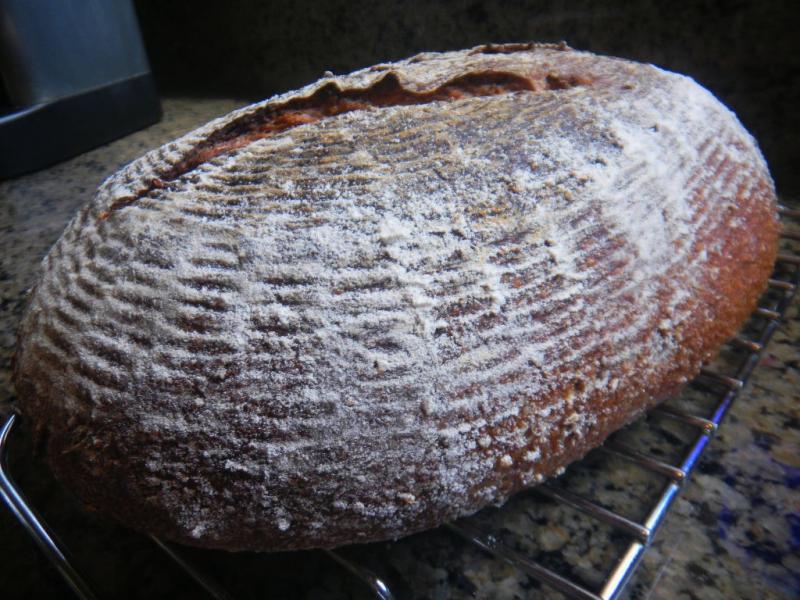 We also did 3 sets of S&F’s on 20 minute intervals where we incorporated the 2% of lightly chopped caraway seeds on the first one.  We used an aromatic seed mix last time that included half caraway with anise, coriander and fennel making up the other half. 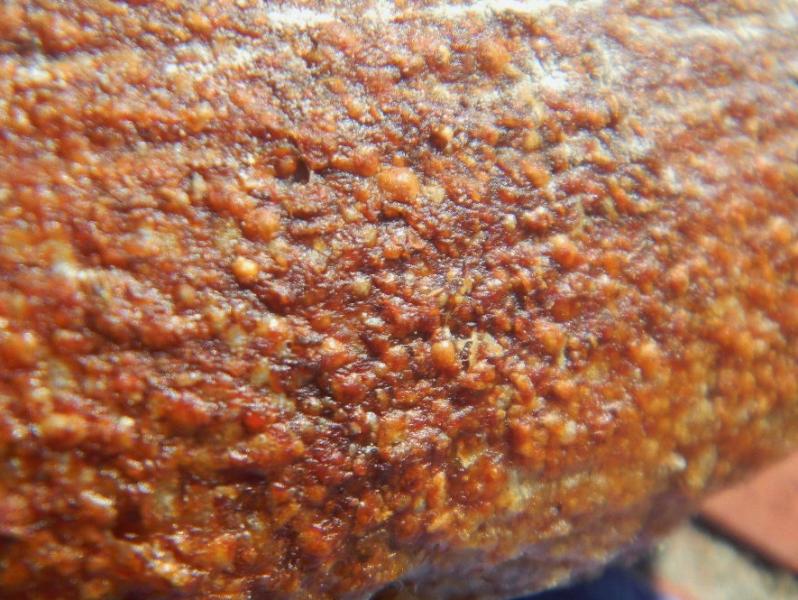 We then let the dough ferment on the counter for 1 hour before shaping an placing in a basket seam side up.  We then did 1 1.2 hours of counter ferment before placing in the fridge for an 18 hour retard. 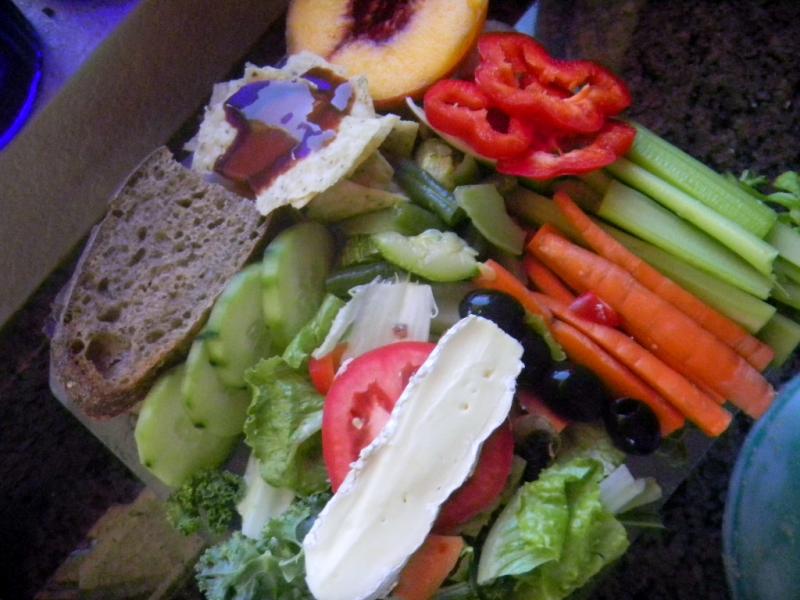 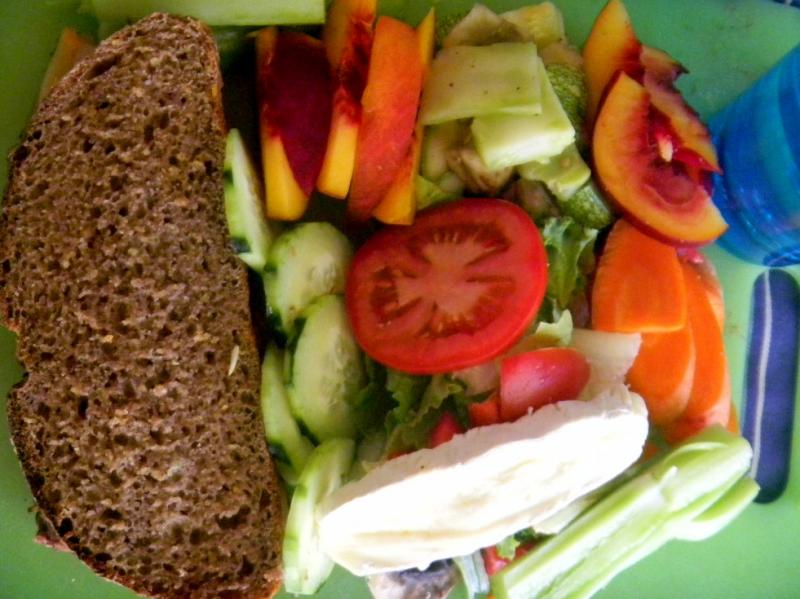 Once freed from the cold the next morning, we let the dough warm up and proof some more for 2 hours on the counter before refrigerating again for half an hour, slashing and placing it in the 500 F mini oven with (2) of Sylvia’s steaming cups. 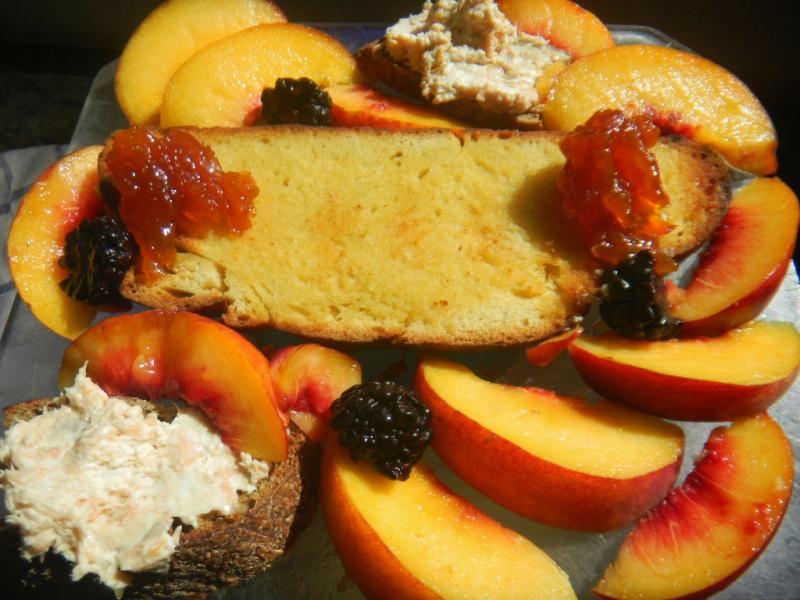 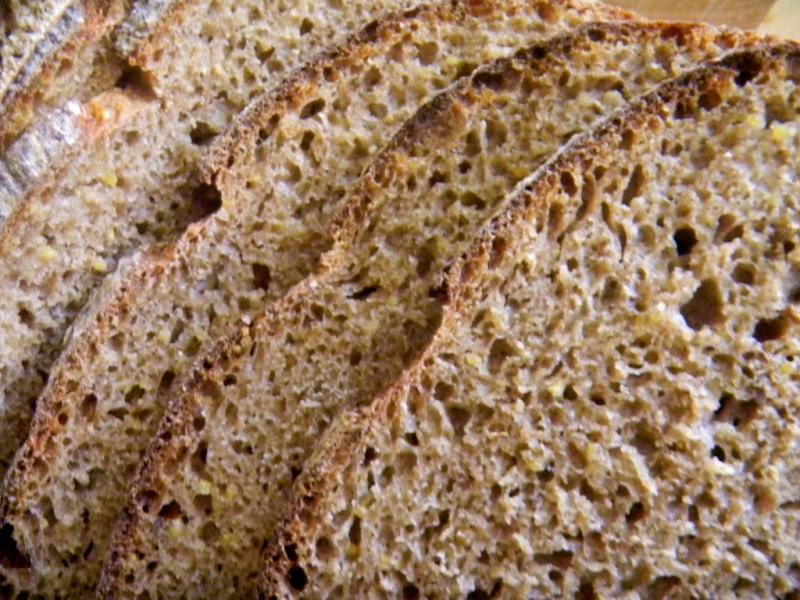 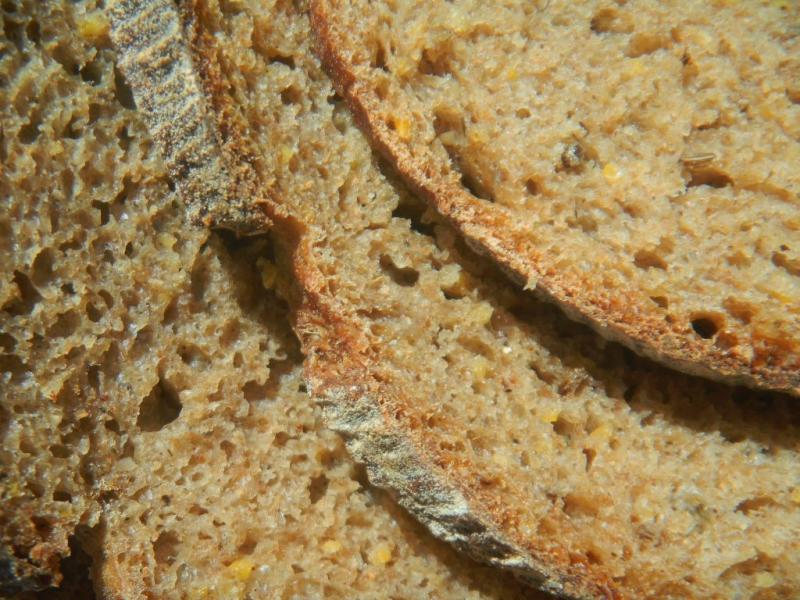 The crust browned boldly, sprang and bloomed well as the mini oven is famous for applying to any dough that hits its heat.   The crust was light blistered with small bubbles, another mini oven trait.  We will have to wait on the crumb but have our fingers crossed.  Well, the wait is over.  The crumb was open moist and soft with the flavor of the caraway coming though well.... but not overly pungent. 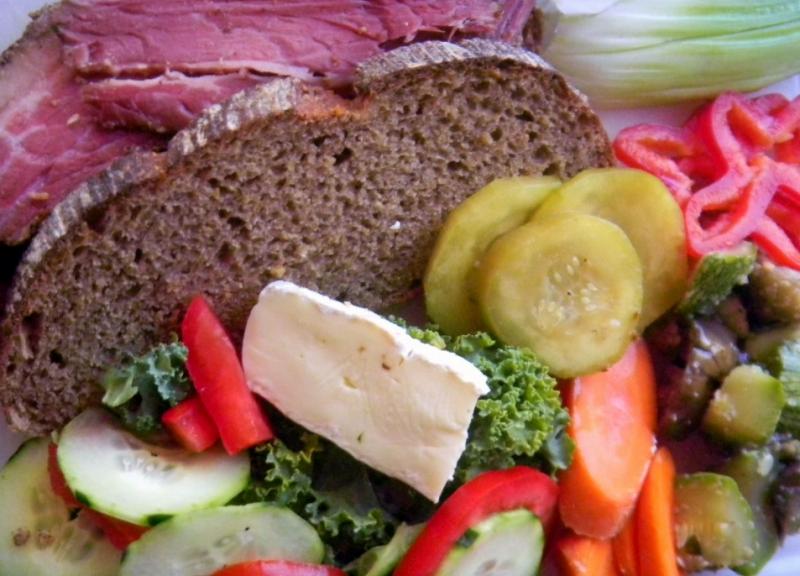 A fantastic lunch with Tzitzel and Meat Week'e home cured and smoked pastrami!

This crumb is similar to version 2.  The crust was originally crunchy but. by the time we sliced it, the crust has gone more soft and chewy.  A good bread that went very well with Aunt Beve's Sweet & Hot Brisket.  We have had a Meat Week like we haven't had in....forever but will post about that separately. 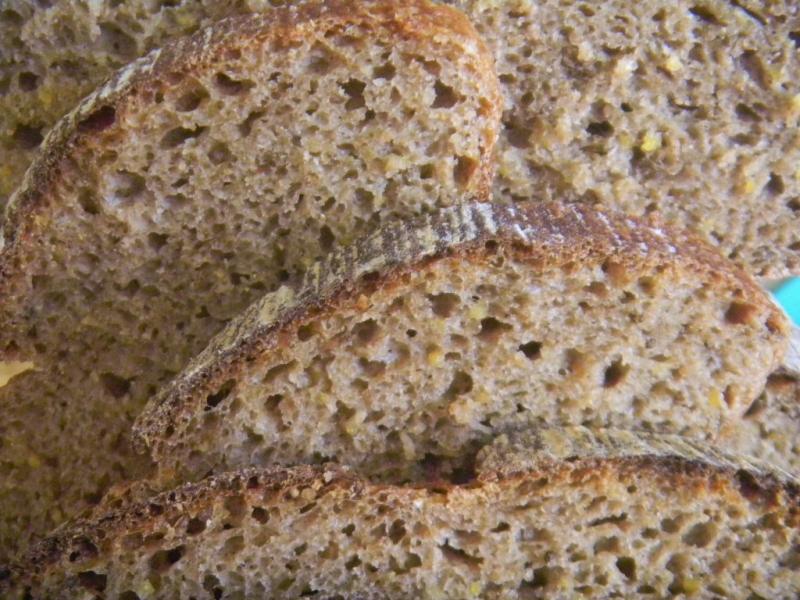 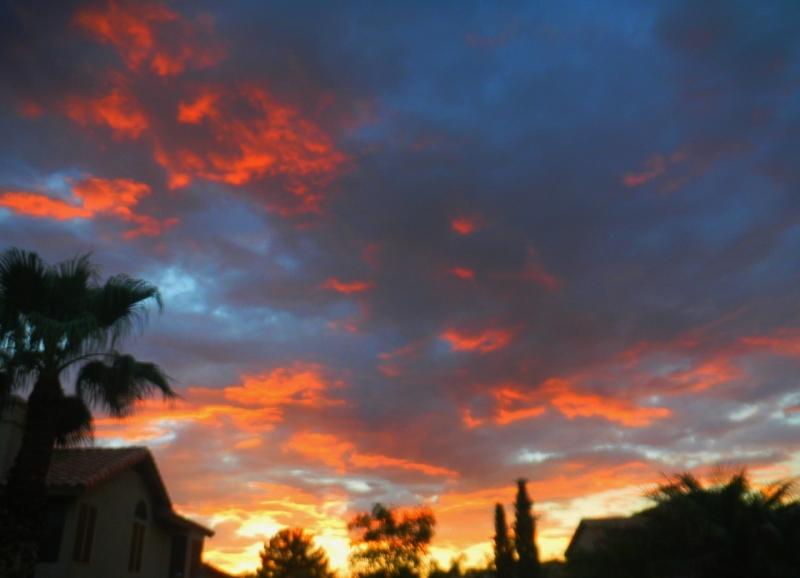 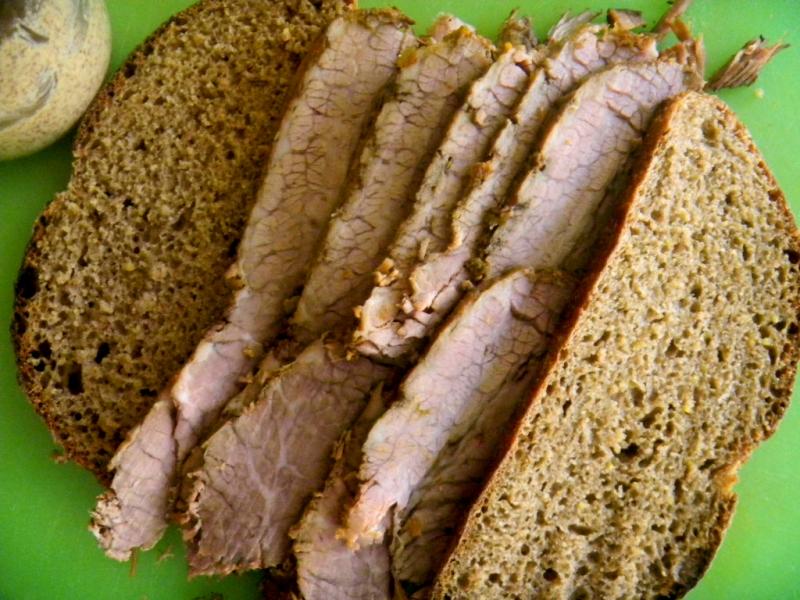 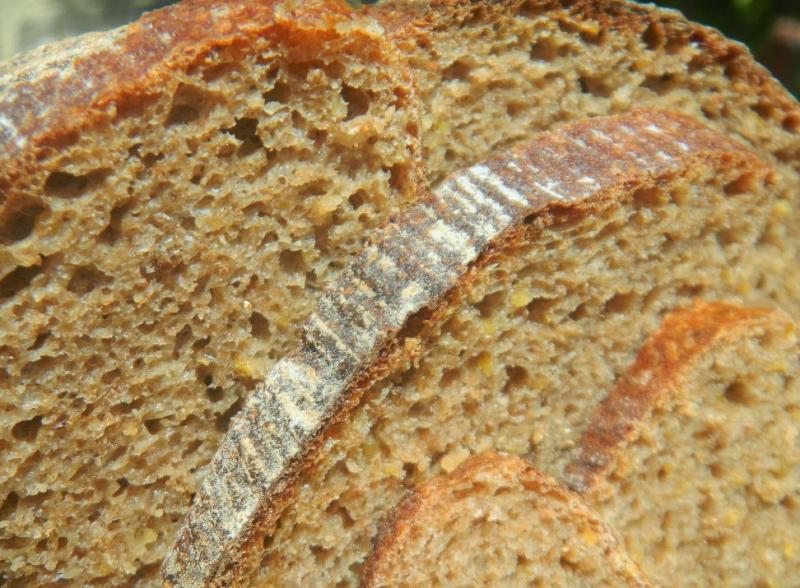 Elegant batard, DA. i'd imagine a beautiful even and open crumb. The crust is sublime!

The crumb came out open, even, moist and soft ,as well as, tasty.  We like this bread a lot and we made it for Meat Week.  Labor Day we had smoked BBQ ribs, then for Rosh hashanah we had Aunt Beve's brisket flat.  On Monday we started the cure for the brisket flat to make - smoked pastrami.  It's finally in the smoker right now - just going on 3 hours . You can't have home made smoked pastrami without a fine Tzitzel to put it on :-)

I'm guessing you would like this bread Khalid - Happy baking

Once again your food presentation is making me hungry.  The bread looks mighty tasty and the brisket sounds fabulous!  After reading your formula I am reminded to try adding toadies on my next bake . . .

We needed a good bread for the brisket and pastrami we made this week.  This is a very tasty aromatic deli rye and perfect for any meat or smoked meat topping.;  Don't forget the Toadies.  Best flavor enhancer for bread that Toady Tom ever toasted.

I'm thinking my apprentice likes the 40% rye Tzitzel that has a rye sour levain instead of this triple white one and had 40% rye.  Others might like this one better because it had more of and only caraway for aromatics.

You bread was exceptional this week.  Well done!

Hi DA, I am trying to catch up with TFL.   An impossible task.    Your bread looks just terrific.    Pratzels as I understand it did use CY as you say but also a good portion of rye sour.   This is also what Hamelman does with his ryes.   I find very little difference when I leave out the yeast.   I think it is what bakeries do to keep their schedules consistent.   -Varda

This is as close to the taste as we have managed to date,  Now we need to get the rye back up to 40%, drop the YW and get the corn back on the outside and we will be at your recipe for Tzitizel!  This version tastes pretty good though.  One 3 pack of yeast has to last me all year so I will keep the poolish with a pinch of yeast :-)

With you baking so much for the market and getting ready to do so and family obligations, I'm surprised you have time to keep with TFL at all. I think you will soon need another oven  :-)

Sorry for the late comment.  My Internet speed in China was just a bit faster tHan 2 cans with a long piece of string especially for such a photo intensive site.

Anyway it looks like this bake was s about as good as it gets for a meat week sandwich bread.  Beautiful crust and perfect moist crumb.  Just perfect.

Regards to Lucy from her boyfriend Max.

a fine bread for meat week  Went well with home made Dijon, pastrami, brisket even Bologna - which is one of my favorites that Lucy smokes a little longer than others might.  She like's the looks of that Max of yours too.

Glad you are home safe and can get back to baking again.