The taste is out of this world

The taste is out of this world

Wanted to post already for quite some time but never took all the pictures that I intended. I finally got around to take them tonight.

I usually make 2 kind of bread: One is a multi-grain bread, the other one is made with onion instead. Either one has just a phenomenal taste. The basic recipe is always the same: Sourdough starter, salt, yeast (unless I do pure sour dough fermentation) bread flour, whole wheat flour, as well as rye. The additional ingredients (for the multi-grain) are mostly oat flakes, cracked wheat, flax seed, as well as pumpkin seed. The local Publix, for whatever reason, doesn't carry sunflower seeds lately.

Mixing takes place in my KA 600, but knocking out 4 breads make the gears develop some rather disturbing noise. But as long as it isn't broken I won't buy anything new.

I built a proofing box (idea came from this site), using a fish tank heater in the winter time if needed (living in LA - Lower Alabama - has it's perks). And then it goes into my new pizza oven that I built last year. I still make a mistake every now and then (wrong temp, not thoroughly heated, etc.), but I'm getting better.

Today's bread was pure sourdough fermentation. Leaving it overnight in the fridge adds the extra kick to the flavor that I'm missing from home (Germany). 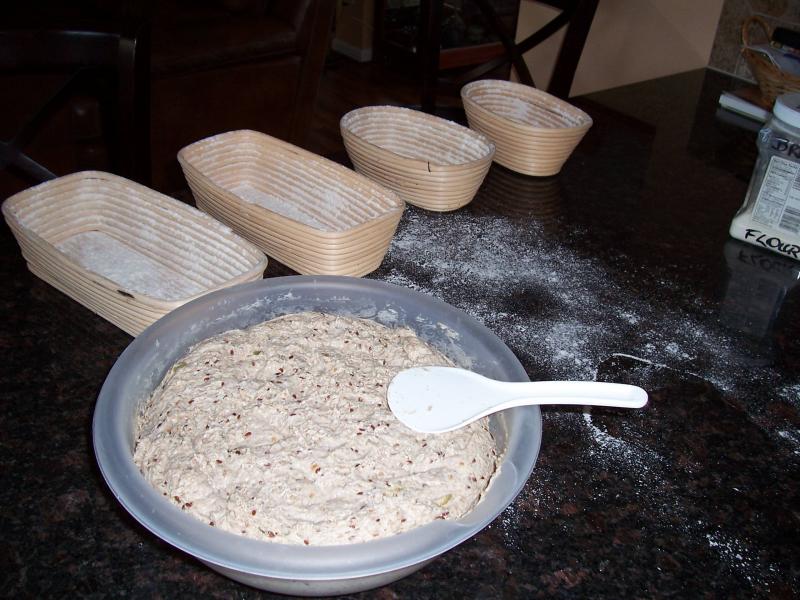 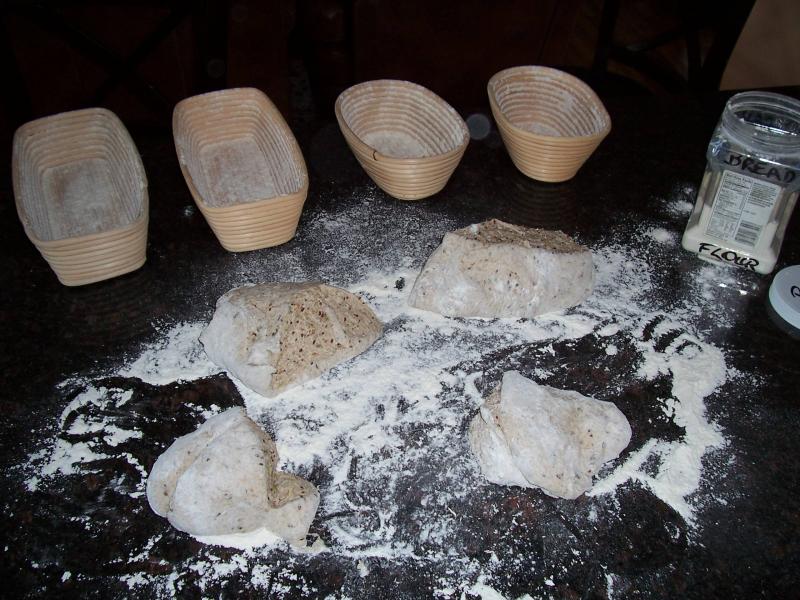 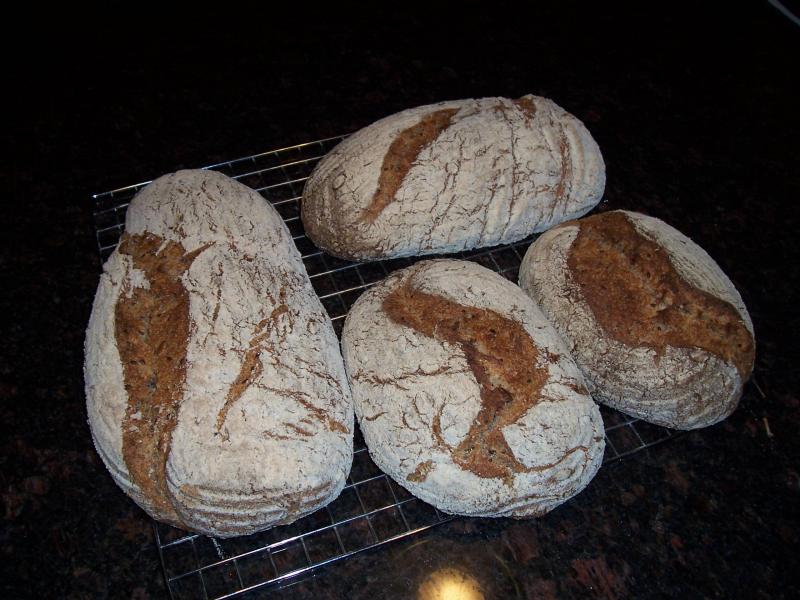 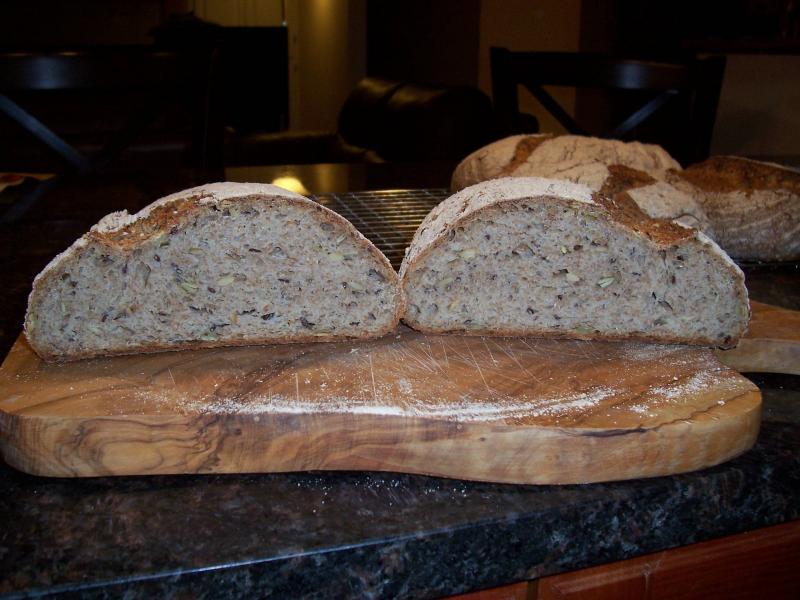 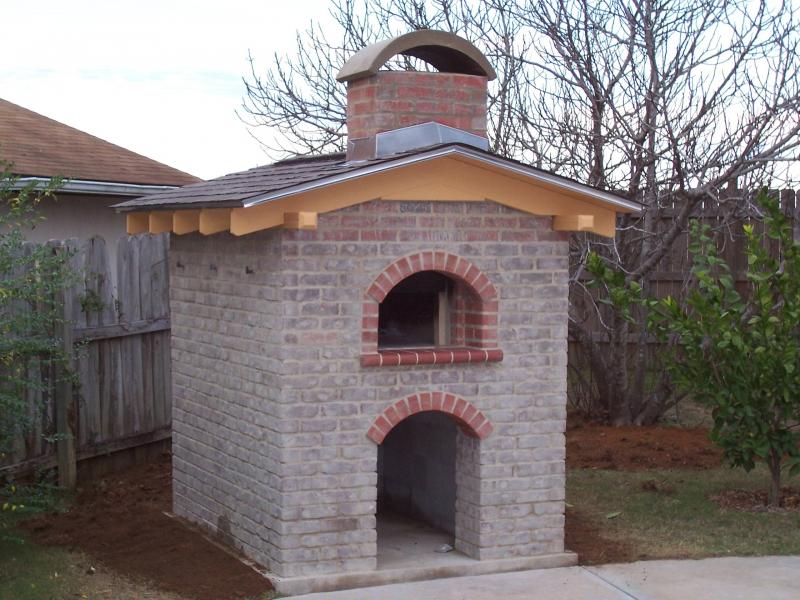 Beautiful perfect crumb shots with lovely even browning all around!

Mini. Surface temp on the higher side seems to be working better for my bread. If the internal temp drops to less than 450 the result is not as good as this here. I started out with about 500 deg. F. Left them in for about 35 minutes or so. No additional steaming necessary, but I start out with a rather wet dough anyway.

Very nice looking breadwhere are Hansel and Grettel hanging out in your oven?

That is some impressive looking WFO!  How many square inches of baking space do you have?

Hänsel und Gretel are hiding in the tornado shelter underneath! :)

The dimensions are roughly 4 feet deep, and 2 1/2 feet wide. That should give me roughly 10 SF. Enough for theoretically 12 breads. Although I don't need as many anyway, nor do I have the capacity to make them. I built the oven primarily to get the heat and smell/smoke out of the house, especially during the summer months. And I also like to have that special taste in my pizza that you only get with wood fire. I guess it's a win/win situation.

Transitioning to Gas Deck Oven from Home Oven
Uses for weak 00 flour
Crumb diagnosis
What can I learn from this bake?
Yay!!!
END_OF_DOCUMENT_TOKEN_TO_BE_REPLACED