For the initial loaf, see
link:

In the initial baking of a loaf using emulsified raisins in the Raisin Yeast Water (RYW),
the loaf's crust came out a very dark mahogany color.  The final rise took 10 hours, which was longer than my normal nominal 6 hour rise times. The flour used was 60% APF and 40% B/F, and the loaf volume was excellent. Loaf taste was a very pleasant, full bodied flavor without noticeable sweetness, nor raisin flavor, nor any trace of sour tang.

In an attempt to get a better idea of how important the initial methods and ingredients were to the initial loaf’s resulting characteristics, this, 'replication' was made. The construction was was the same, however, the timing was shortened from 105 hours down to 28½ hours. The 40% B/F was replaced with APF. Also, the RYW culture was 7 day more mature at the start of these levain builds. 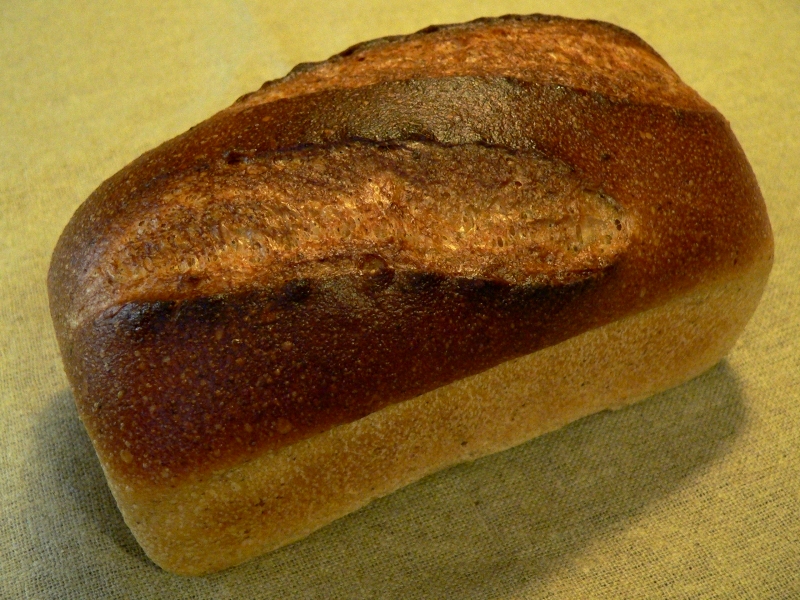 The loaf was perhaps very slightly lighter, but not to any significant degree. This leads me to believe the most significant factor in developing the crust color was the additional sugars introduced by inclusion of the emulsified raisin particles in the RYW levain. 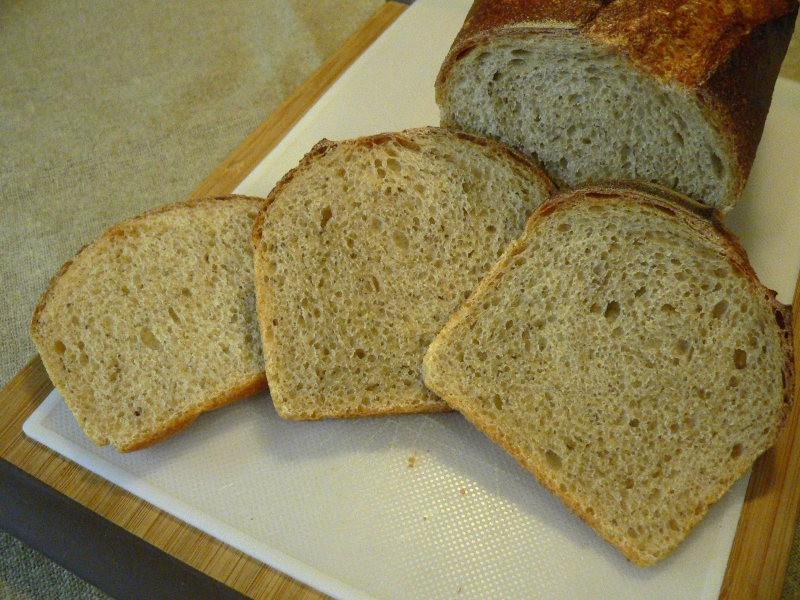 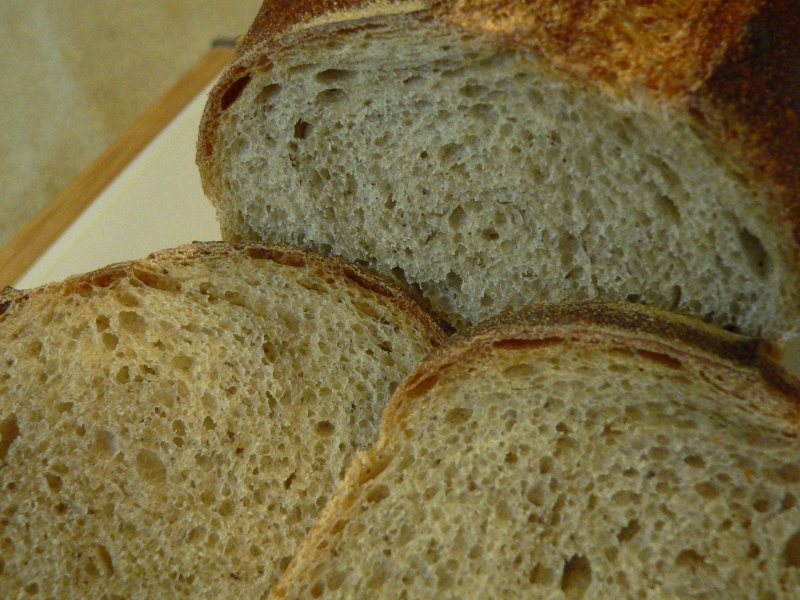 The physical characteristics of the crumb were fully comparable to those of the previous loaf. However, I felt that the very impressive full bodied flavor had suffered some from the shortening of the retardation of the final dough.  That portion of the initial loaf's development was 45½ hours, whereas, this loaf development gave 10¼ hours to the final dough's retardation  This loaf has a very nice flavor, but I do feel it does not fully match the full bodied quality the initial loaf had.

Below
are the links to my baking logs in PDF formate for both the initial loaf, and this 'replication' loaf.

Ron,  In my last bake with yeast water I threw in the raisins inspired by your last post on the subject.   As you said, just little shreds appeared in the finished product.   I continue to read your posts with interest.   Your latest looks terrific.  -Varda

Varda, I do find the emulsified raisin enhances the flavor. One of the most interesting things about YW, I find, is that each one I try has a different aspect to it. It may not be major, but if you examine closely, it generally can be found.I hope the posted information helps others that may be interested, too. Ron

You certainly do some wonderful write ups too!

Thank you for your comments, Sylvia. It is a pleasure to hear from you ;_) Ron

As always, an impressive study of the wonderful loaves you bake.  I admire your ability to keep such accurate records of all that you do.

I plan to be systematic but something always intervenes.....a broken limb on a tree needing immediate attention, a job to supervise,  ironing, dishes, shopping, laundry, dog maintenance....the list goes on and on and on  :-)  I happily move from one item to the next and my systematic observation plans just dissolve into the air....

I really enjoy reading all you contribute here and your latest is no exception. Thank you for sharing all that you do.  My baking is sprinkled with little snippets of information I have gleaned from your blogging.

Now you have done it, Janet !  My hat no longer fits, since you have made my head swell with all those complimentary statements LOL

Thank you, pleasantries are so much nicer that criticisms... now go mend that broken tree limb ;-)