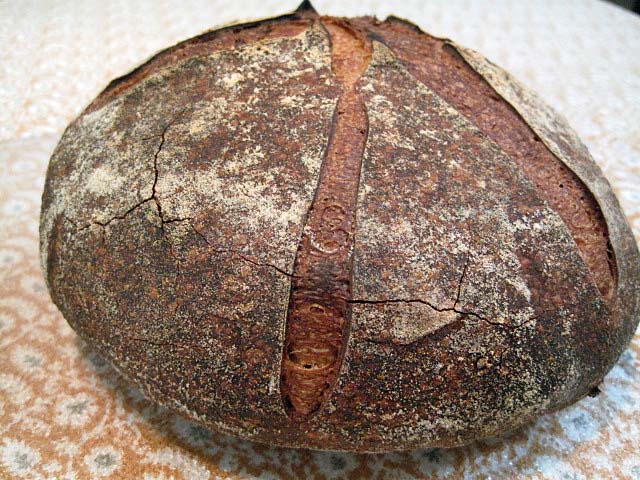 I can't believe six months have gone by since I made Hamelman's Vermont Sourdough with Increased Whole Grains. (See Vermont Sourdough with Increased Whole Grain, from Hamelman's "Bread") I liked it so much the first time, I promised myself I would bake it again soon to see if was consistently so good. So, I forgot about it. I'll blame the NY Baker's test baking pre-occupation of the Summer.

A few days ago, I was thumbing through “Bread,” deciding what to bake this weekend, when I re-discovered this formula. A happy moment. 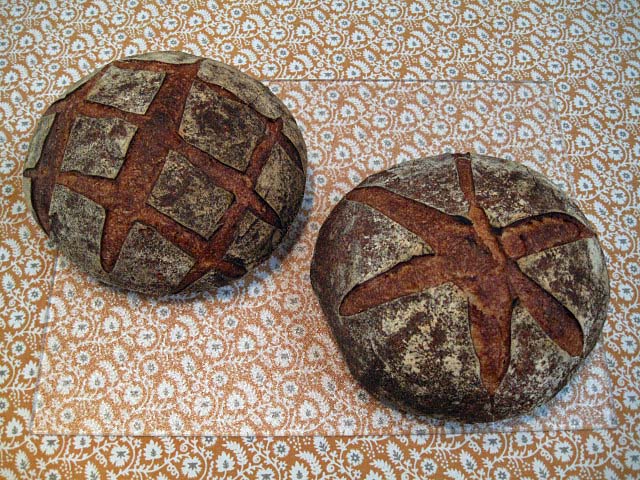 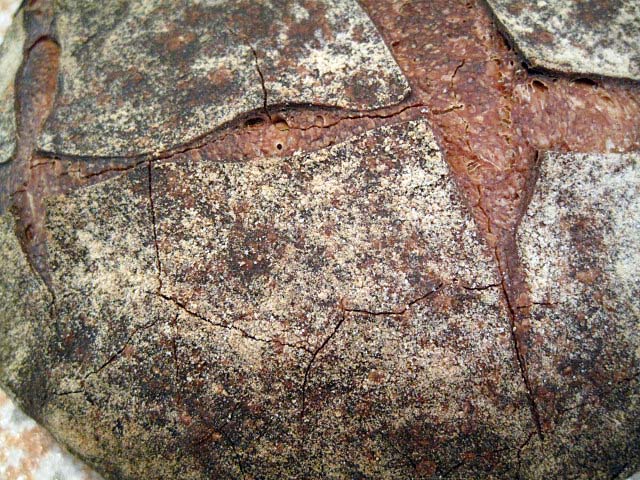 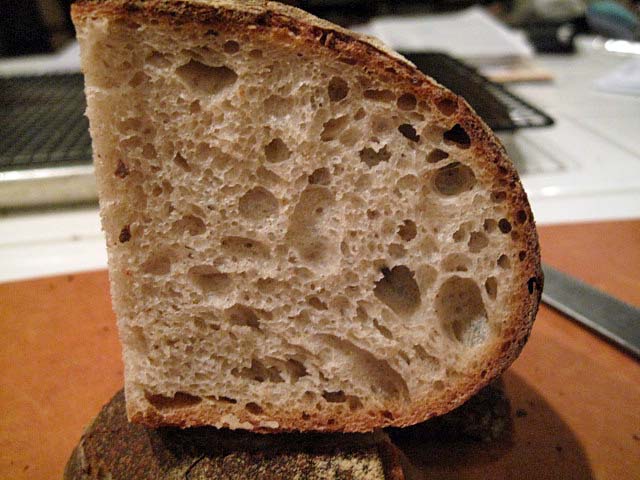 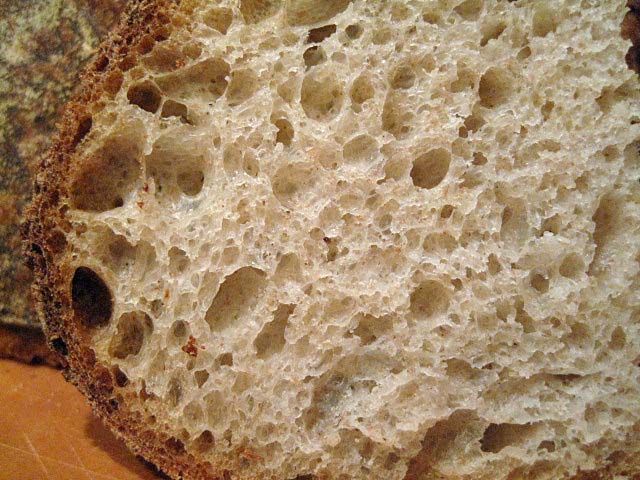 I got the same crackled, crunchy crust and moist, chewy crumb as I did the first time. The flavor was more assertively sour than I remember, which is fine with me. The overall flavor was delicious. The sourness did not detract from the lovely complex wheat-rye flavor that is my favorite.

This is indeed a wonderful bread, and I promise to not let so much time go by between bakes again! I heartily recommend it to those seeking a “more sour sourdough.”

I've tried it once, though at the time, i wasn't all that much into sourdoughs. Yes, it was assertively sour, in a pleasing way.

I love how you bake you loaves to perfect caramillization, but concerned that toasting will burn the crust.

I just finished a couple slices of toast. Crust just gets crunchier. Not burned.

I have to agree with Mebake, as I thumb through your past post, your loaves always have a rich crust color. Nice and bold.

Are you using a cast iron skillet with lava rocks? I can't remember : /

Stay tuned for a tweak on my steaming method. I'm going to try the method recommended for home baking by SFBI, as soon as one piece of equipment arrives.

I too love the unique and delicious flavor of wheat and rye combined. It must be wonderfully enhanced and showcased by the lovely brown crust. Congratulations, David!

Beautiful loaves.  Maybe I'll try that one next.

The only bread of this type I've ever had with a better flavor was cut from a huge miche we bought in Les Eyzies. I do have to factor in that it was eaten with fabulous cheeses and saucissons on the grassy bank of a canel off a country road in La Dordogne. <sigh>

what a lovely crumb structure.  Looks beautiful and delicious, David!

I will be forever envious of the crusts you get from your bakes.  Just gorgeous looking hearth bread!

You can include me as another fan of your crusts David. A beautiful loaf of bread you've made!

I've been using an old cast iron oblong container I inherited from my aunt that I never knew what to do with until I started baking...somewhere along the line I missed the lava rock tip. I will remedy that this week :-)

Do you have it on the bottom of your oven or on the lowest shelf and what do you use to pour the water into it? I'm thinking one of those long spouted olive oil cans might help get me a little farther away from the blast furnace!

My setup is: Baking stone on the middle shelf. Skillet with lava rocks on the lowest shelf (not on the oven floor). I pour water into a pyrex measuring cup to pour over the lava rocks. DO wear an oven mitt on your pouring hand.

You can use (non-lead-containing, non-galvanized) nuts and bolts or rebar pieces instead of lava rocks.

But when have you baked a bread that wasn't?

All my breads are not "gorgeous." Some are so ugly they're funny. I've posted "the best of the worst" from time to time. The ones that are ugly, but not ugly enough, you don't get to see.

Finally had a chance to sit down and give your post a proper read through and have a  question for you if you don't mind. Later this evening I'll be making Hamelman's Sourdough Seed bread. Like the Vermont Sourdough with increased Whole Grain it uses a liquid levain, which may or may not have a bearing on my question. I noticed in step 4 of your method that you use a paddle to mix at this stage and then switch to the hook for the second speed mixing. Since this isn't indicated in Hamelman's method I'm wondering if this a technique you've used previously or is it one that you learned during your course at SFBI and have incorporated into your mixing procedure. Your results speak for themselves as the crumb on your bread is outstanding , so I'm wondering if this is partially due to using this method. It would seem that you'd get a fairly rapid gluten development in this initial mixing stage by using a paddle, but I'd be interested to know your thoughts on how ..or if it helps you achieve such good crumb on your loaves.

Almost all of Hamelman's mixing instructions assume you are in a commercial bakery and using a spiral mixer with a 20 qt or larger capacity. These mixers only have one (spiral) mixing blade and two speeds (except for those that have one speed).

They are very efficient with their optimal quantity of dough. Hamelman's times are for these mixers. A planetary mixer, like a KitchenAid, will take longer to achieve the same result.

So, Hamelman doesn't discuss the paddle attachment at all. The paddle is good at incorporating ingredients initially, and that's how I use it. It's goal is even distribution of flour and liquid, especially. I don't think it has much of a role in gluten development otherwise.

If you are somehow dissatisfied with the crumb you are getting, you might post your question (with your recipe and photos, if possible), and I bet you will get lots of good advice.

I was just about to mix and thought I'd check back in for your response before I went ahead. I'll try your method and get back to you . Thanks again for getting back to me , much appreciated.

Looks a lot like the stuff bread dreams are made of.  Ray

what hydration do you mean when you refer to mature "liquid levain"?

If I don't have time to convert, I just compensate by adding more or less water to my seed starter.