A Twist on Baguettes with Poolish from Jeffrey Hamelman

A Twist on Baguettes with Poolish from Jeffrey Hamelman

They just didn't want to be baguettes! 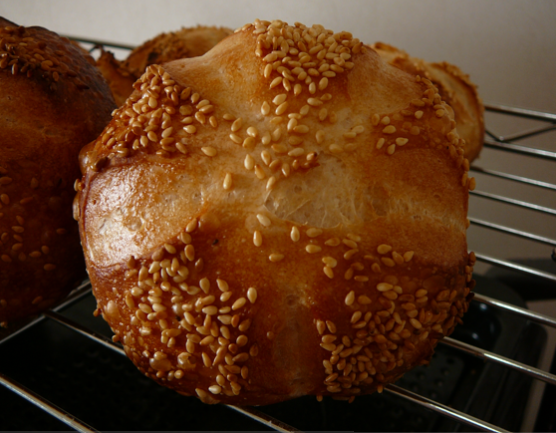 Mixed the dough with water (22g egg white "small egg" and 143g water) whipped with a fork  then added to the poolish along with salt 1/2 teaspoon instant yeast and 12% protein unbleached wheat bread flour.  Let stand one hour and folded the dough.  Did two more folds with 2 hours between for a 5 hour bulk rise.  Cut off 8 rolls at 100g each and one at 85g.  Let rise under cover and kept moist with water to rise about 45 min to an hour.  When somewhat risen, I sprinkled with sesame seeds and made 5 point star scissor cuts not connecting the cuts. 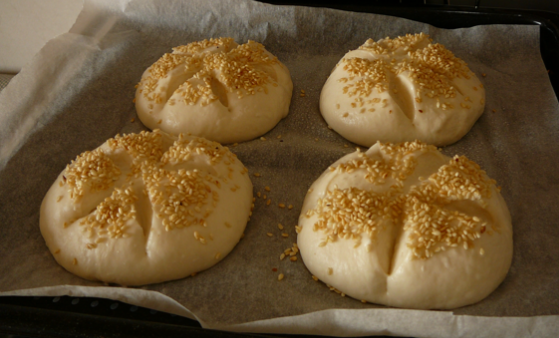 Then quickly into the hot steamy oven 240° rotated with steam release after 10 minutes.  Baked for another 10 minutes.  Then the second tray got sprinkled and scored hot on the trail of the first tray. 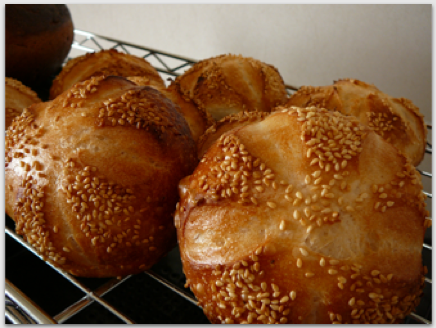 They made it to the dinner table.  Crispy crusts and tender insides, still warm. 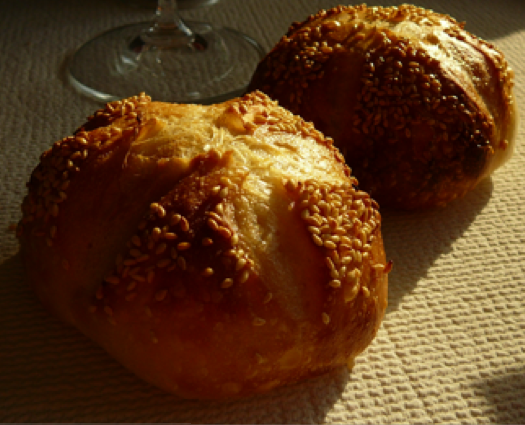 Delicious looking, Mini. They must have tasted divine! In one of my french cook books it also says to use egg white..hmmmmmmmmmm.Must try next time!

Who needs those sticks anyway?

Very interesting with the egg whites. A lot of soft rich Asian sandwich recipes has egg whites in them to provide structure, never thought of doing it to lean doughs. Great idea!

Those are wonderful adaptations of a baguette recipe! Delicious!

Very nice rolls, Mini!  We use Hamelman's poolish baguette dough to make rolls as well (though not so nicely decorated as yours!).  What I love is that they have a different texture from a baguette - a slightly thinner crust and even airier interior I think.

The scissor cuts made such pretty rolls.  I have made rolls with JH poolish baguette recipe and like Larry says a nice thin crust and airy,  they are delicious but rather plain with a single slash.  Very pretty, rolls!

What i s the thinking on using the egg white?

You ask me this every year, Eric!  What did I tell you the last time? :)

I've been baking this scissors style ever since I met my husband.  He had asked me years ago If I could make Semmel rolls, or Kaiser rolls and I could never get the folding right.  This was so much easier.  The method stuck.

I love to park a chair in front of the oven to watch them rise, they blow up so nicely!  Been making this "look" for 27 years.

YUMMY !  Thank you, Mini, for the egg white pointer !