I recently bought a grain flaker and some organic oat groats. By the way; fresh rolled oatmeal (porridge) is very good and nutritious in the morning. The obvious evolution was Oatmeal Porridge Bread. This is my first ever bake of this kind.

I elected Maurizio’s Oat-Porridge SD for my first attempt.

The high percentage of gluten free oats was very unfamiliar to me. The dough was sticky and hand kneading (mostly coil type folds) was fairly sloppy. I omitted the 25 grams of hold out water, and I am glad I did. I BF the dough to approximately 50%, which in hind sight was too much. The dough was shaped, placed into cloth lined bannetons, and retarded. Since the room temp dough takes hours to cool down in the frig, the dough rose considerably. Next time the BF will be cut back to no more that 30% increase.

12 hours after BF the doughs were removed for the frig. They were gassy. One was scored, the other not. 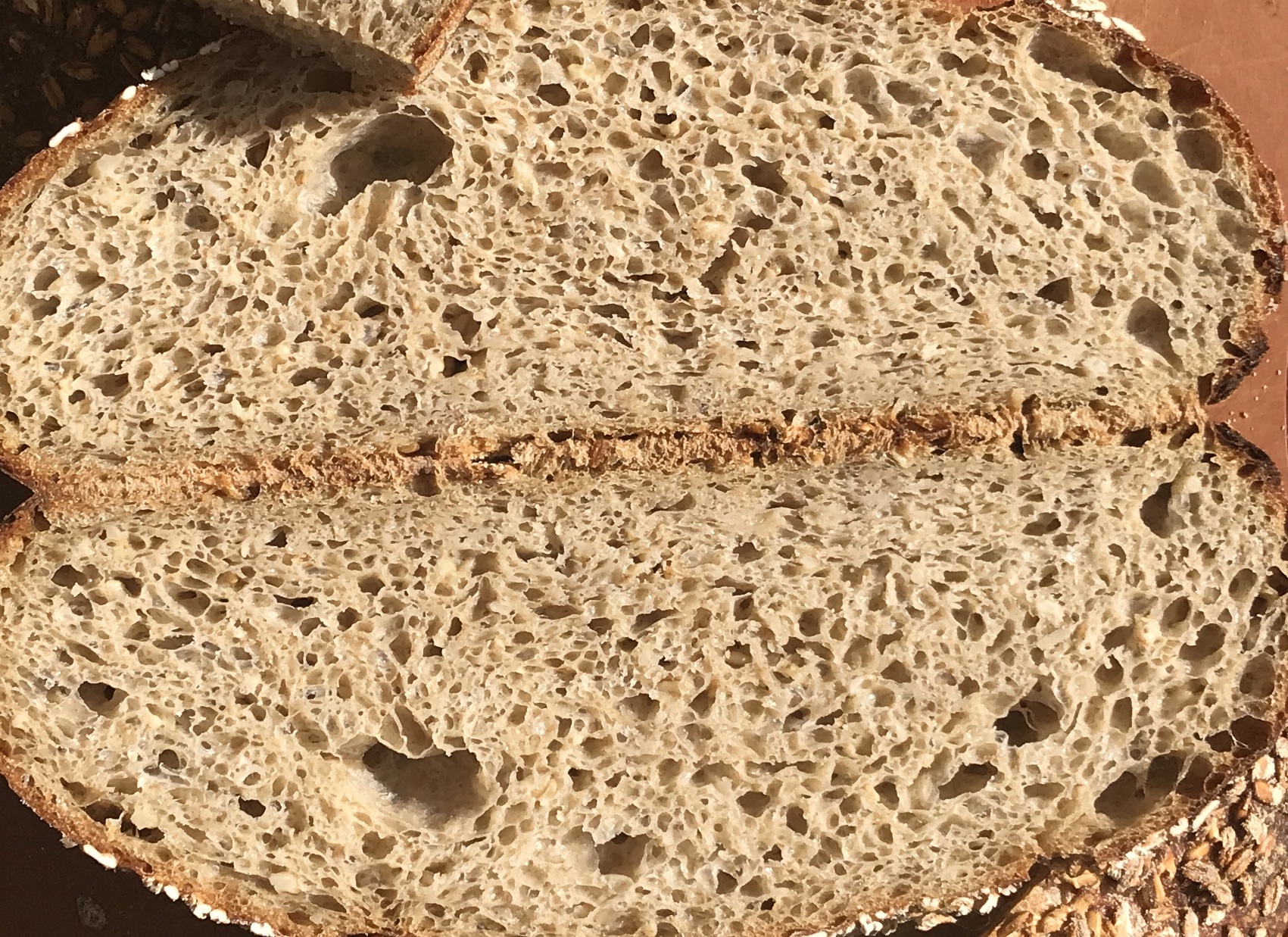 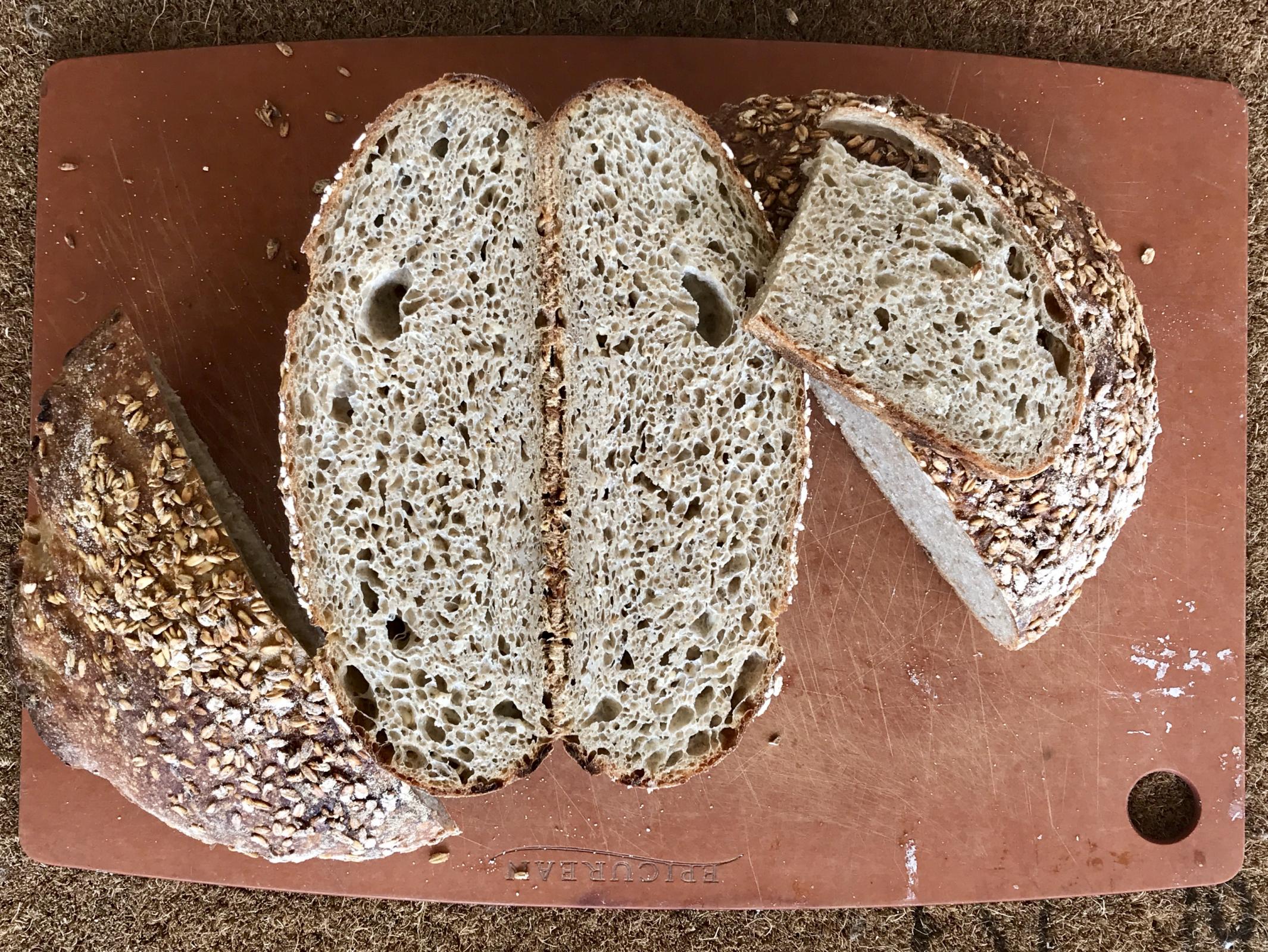 I have never tasted a bread like this before. It is definitely not sour, has a soft texture, and the flavor is interesting and good. I think it will make a great sandwich bread. I am please with the crumb, except for the dense area near the bottom of the loaf.

I am interested in improving this bread. Goals for improvement would be;

Once again I am trying to successful bake the famous Larraburu SD. All other attempts have failed miserably. I am using David Snyder’s formula and process based on the Galal, Johnson, & Varriano-Marston paper.

The 50% Levain was fermented at near 80F for 10 hours. The image below was taken at the end of fermentation. 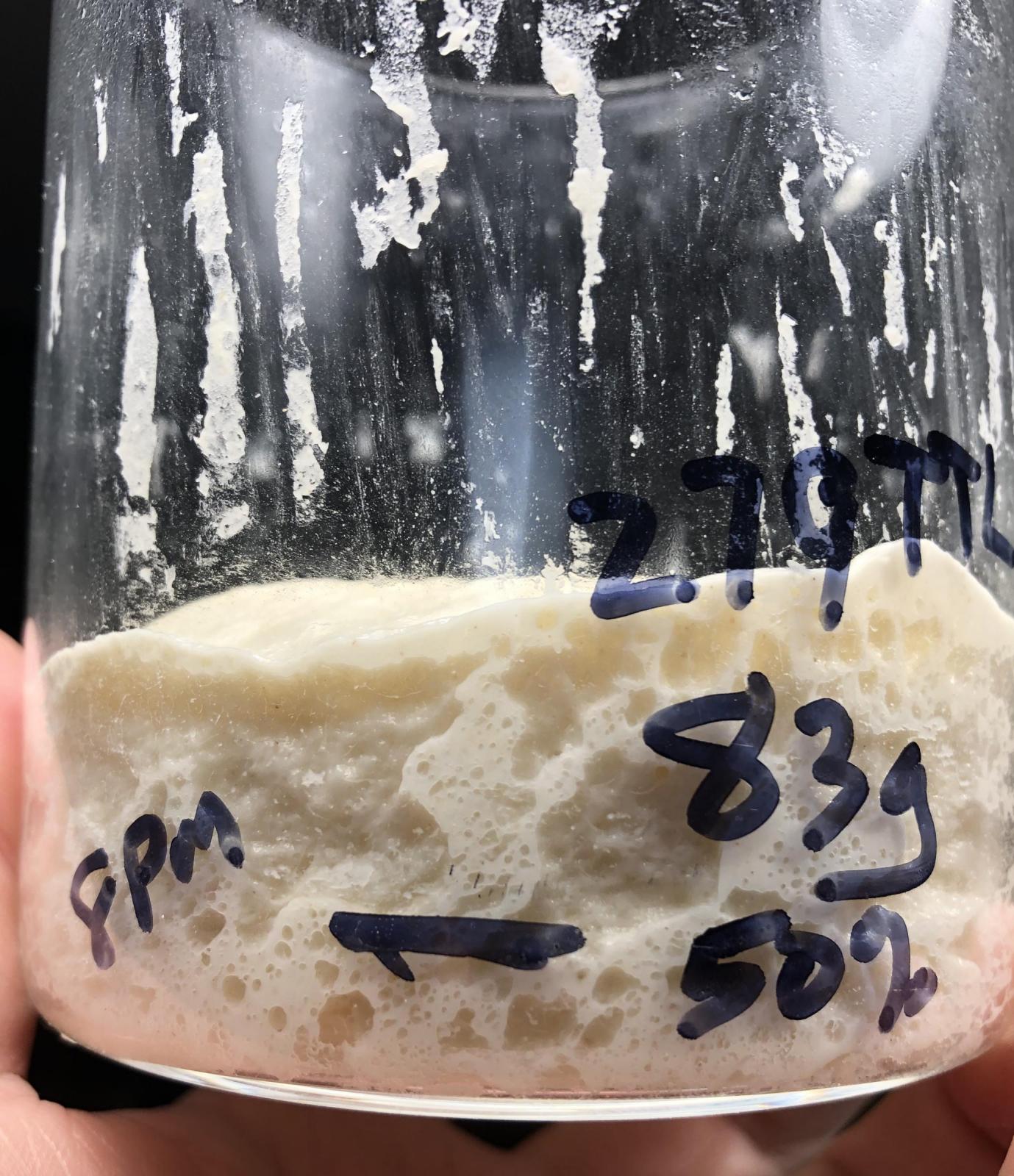 My digital PH meter is stored away, so at the last moment I decided to test the PH of the fully fermented levain with a PH strip. NOTE - the PH is shown on the left side (darker) of the strip. 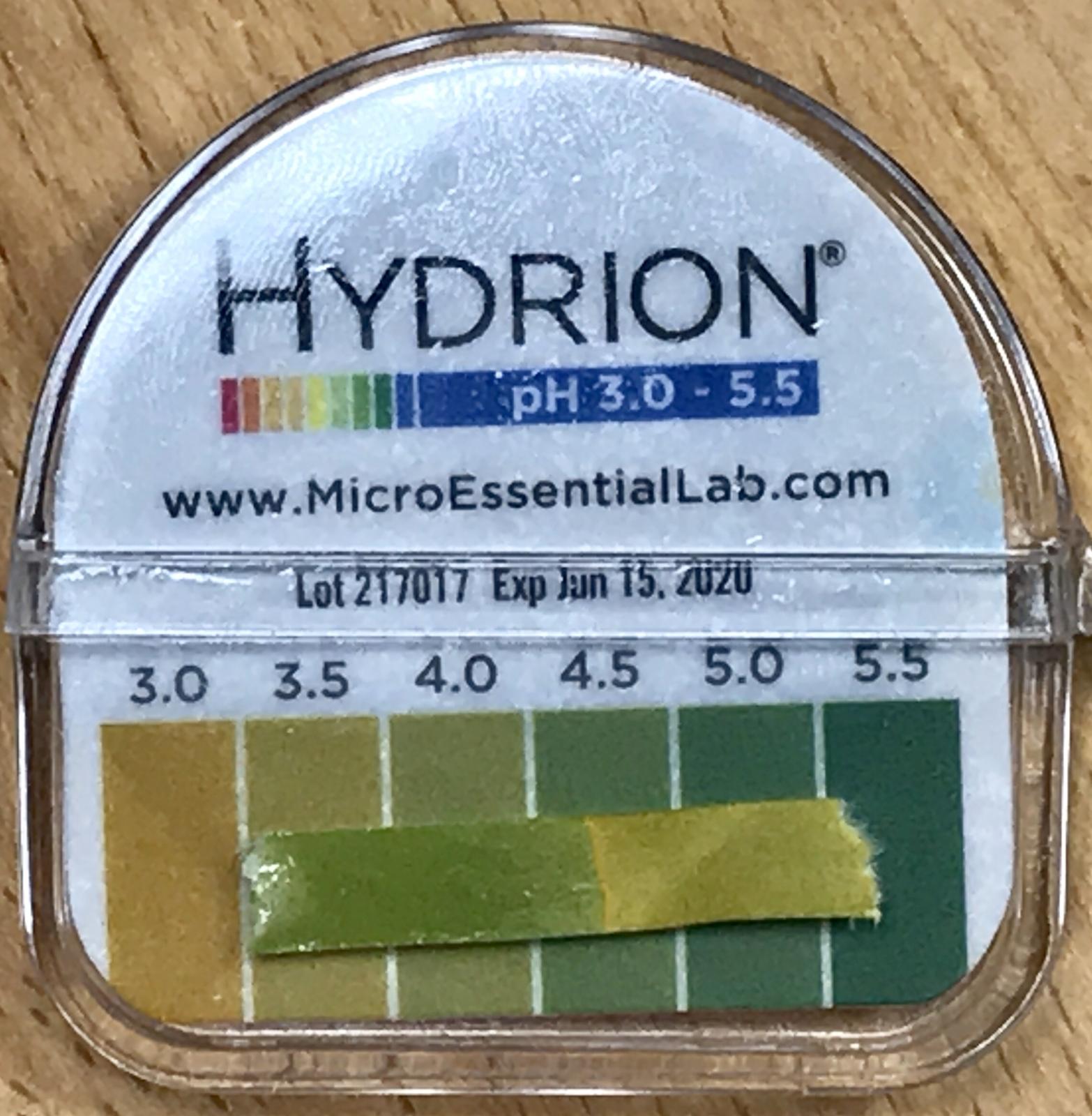 Left image was taken after the gluten was developed. It was kneaded by hand. A machine was not used for this bake. The image on the right was taken after a 1 hour BF at 80F. 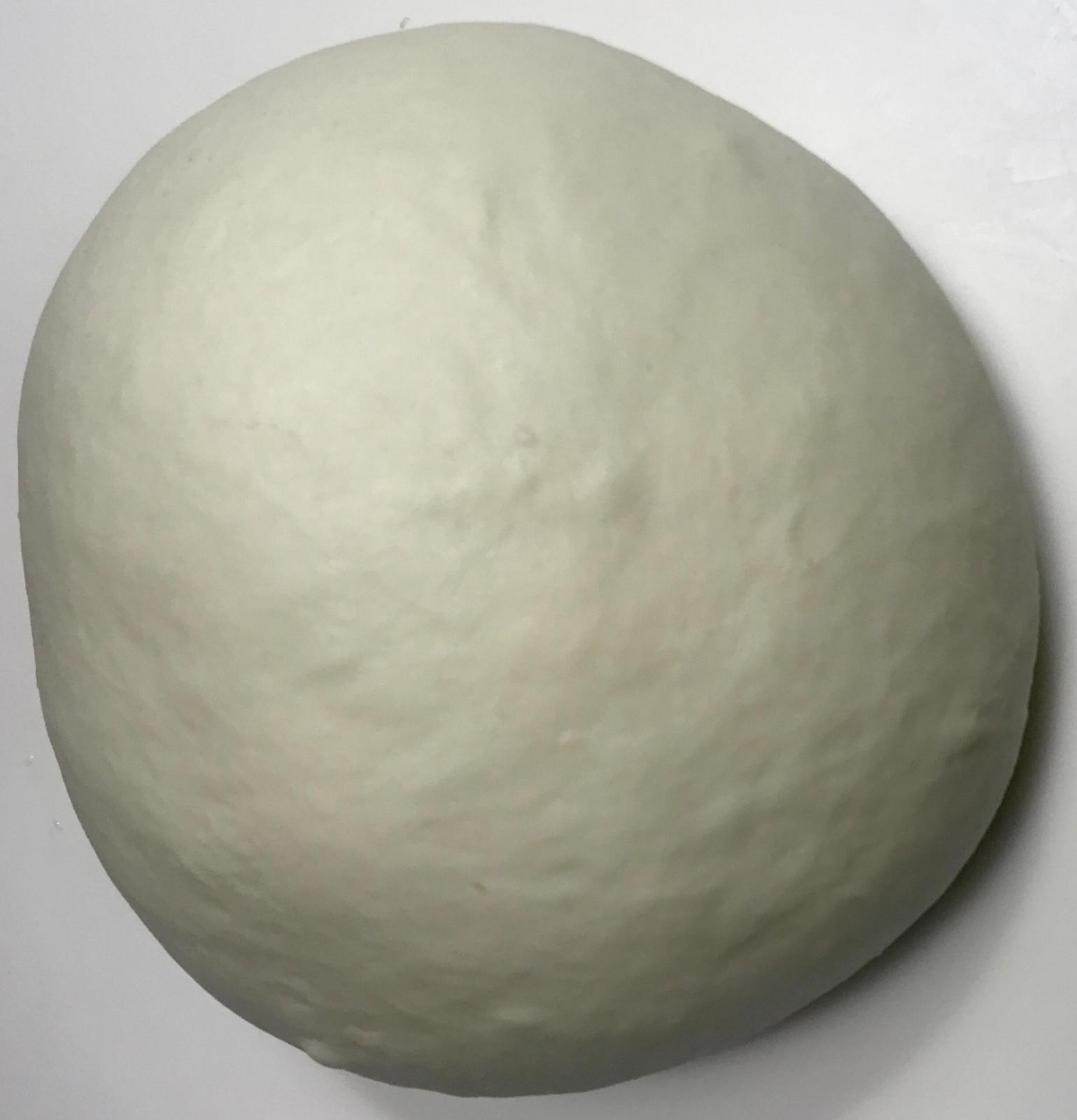 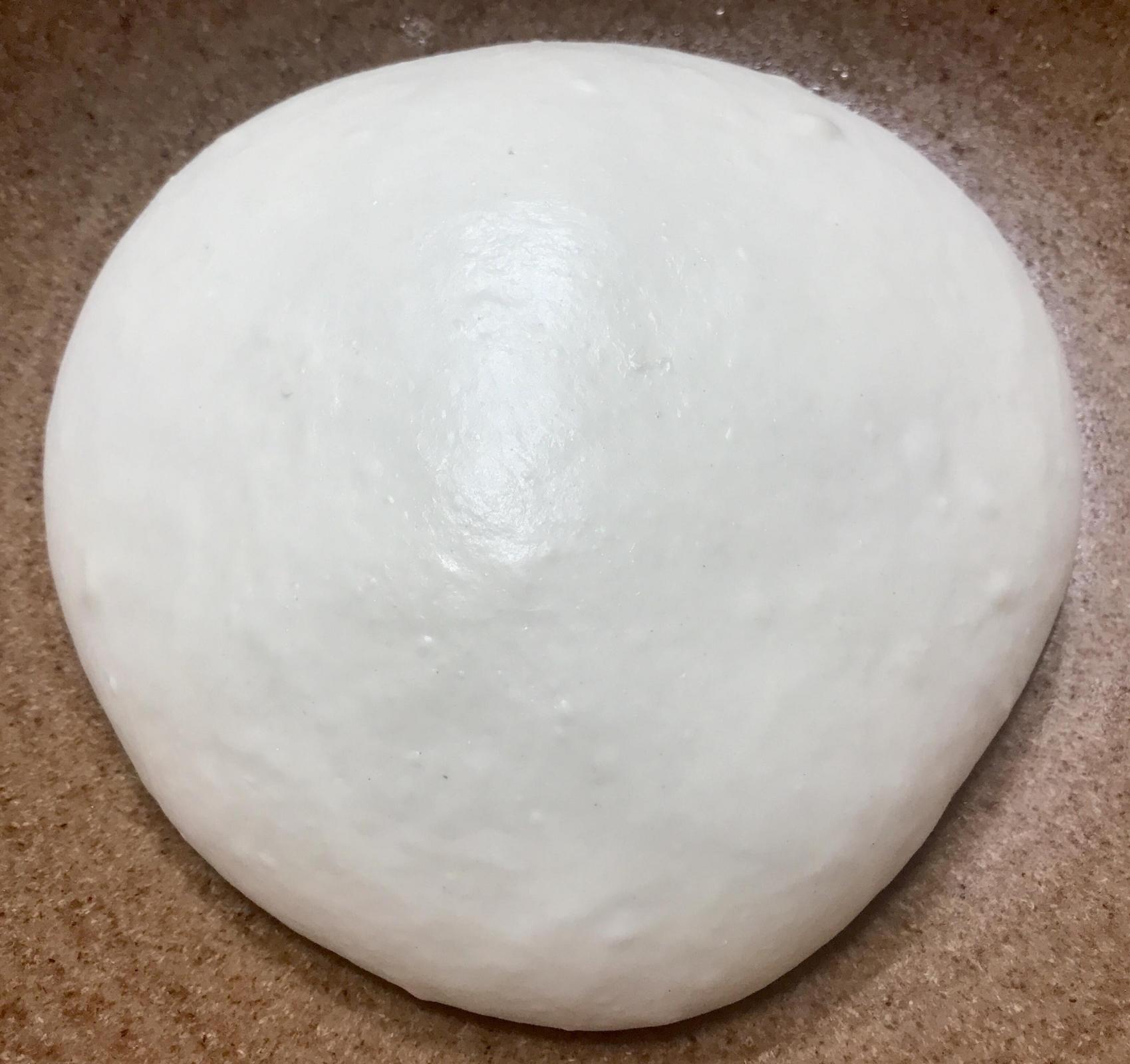 Below the dough was photographed right before the final prrof. 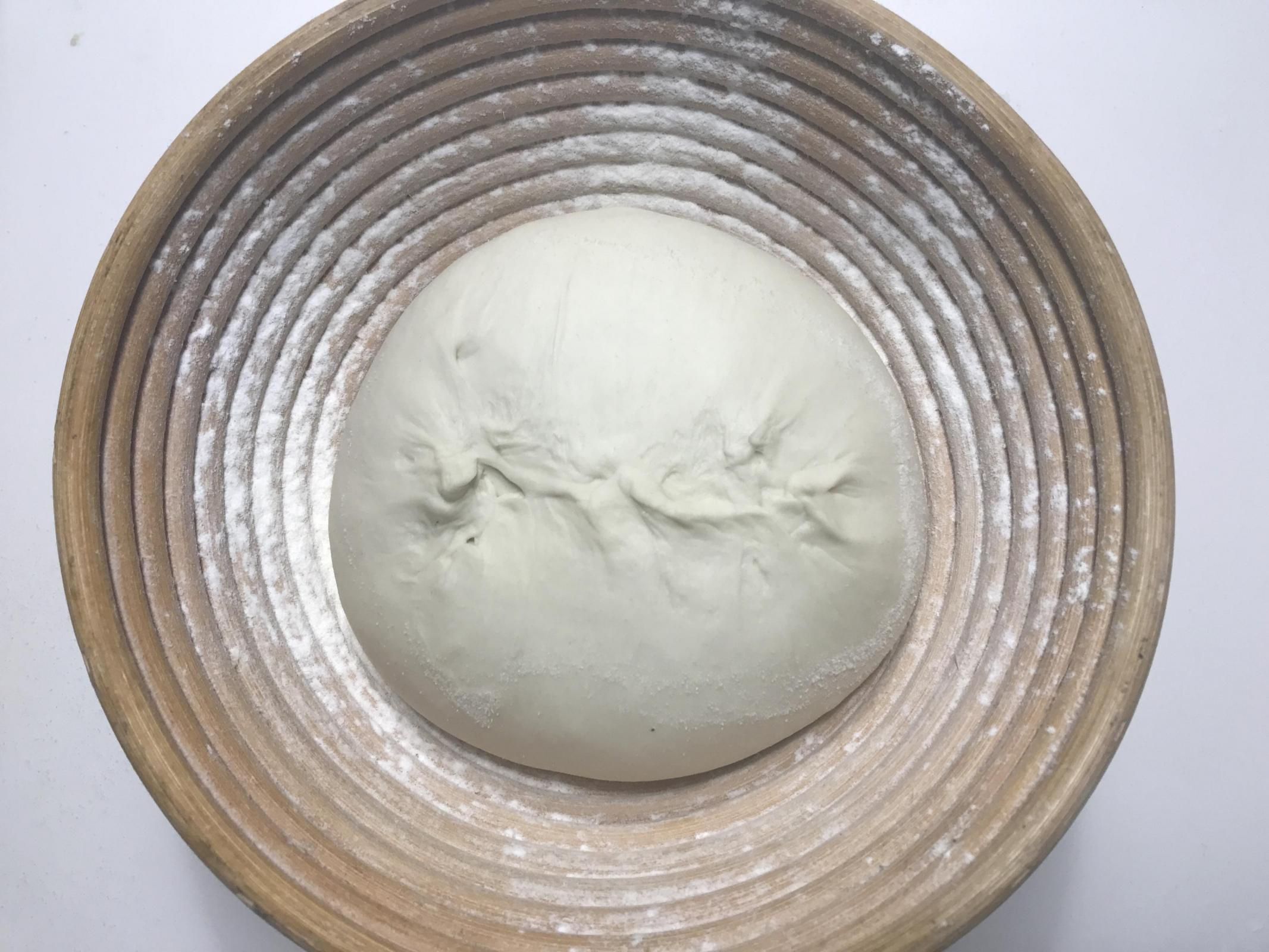 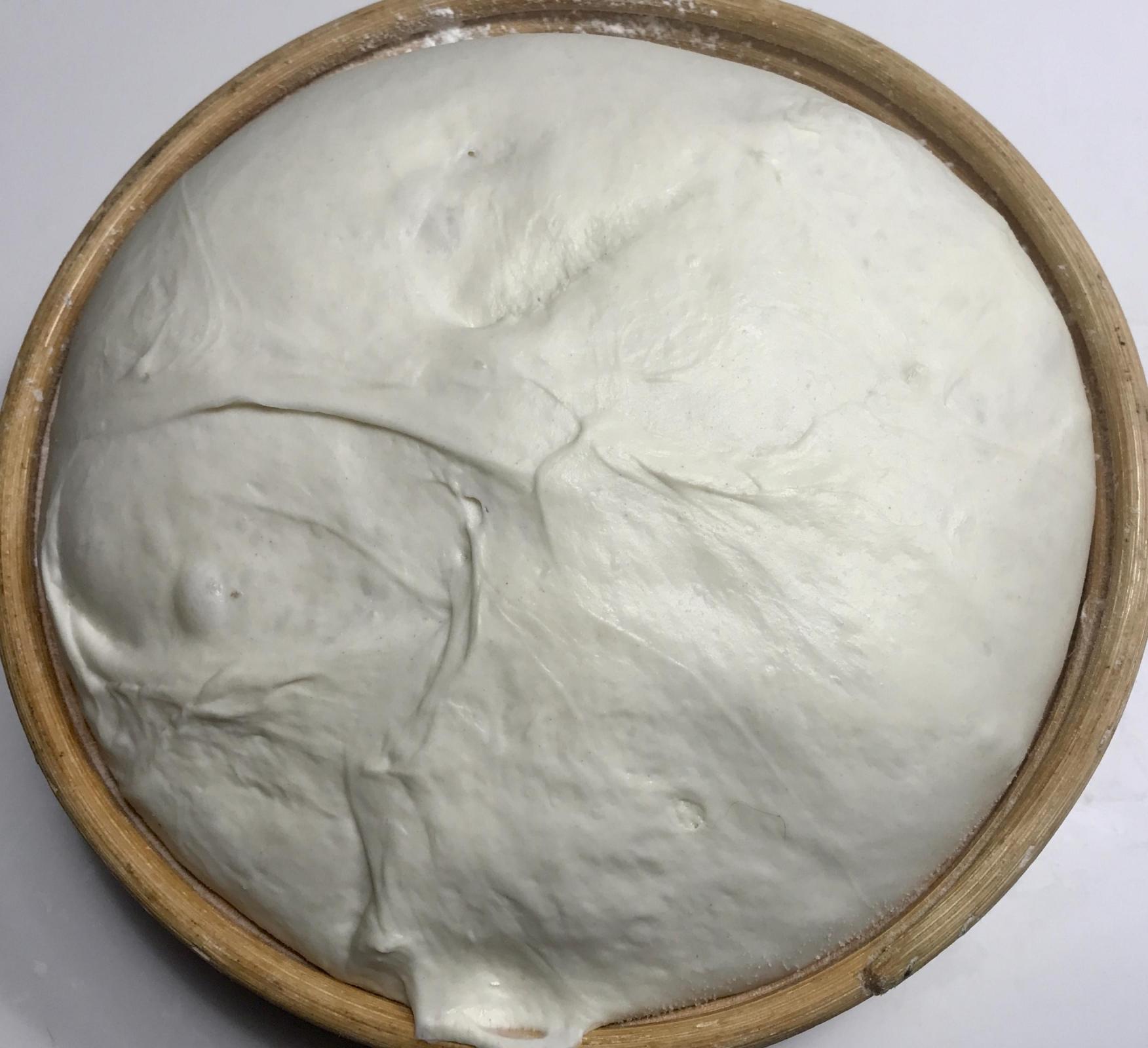 I am very pleased with the outcome considerating abuse (hot fermentation) that the dough with stood. 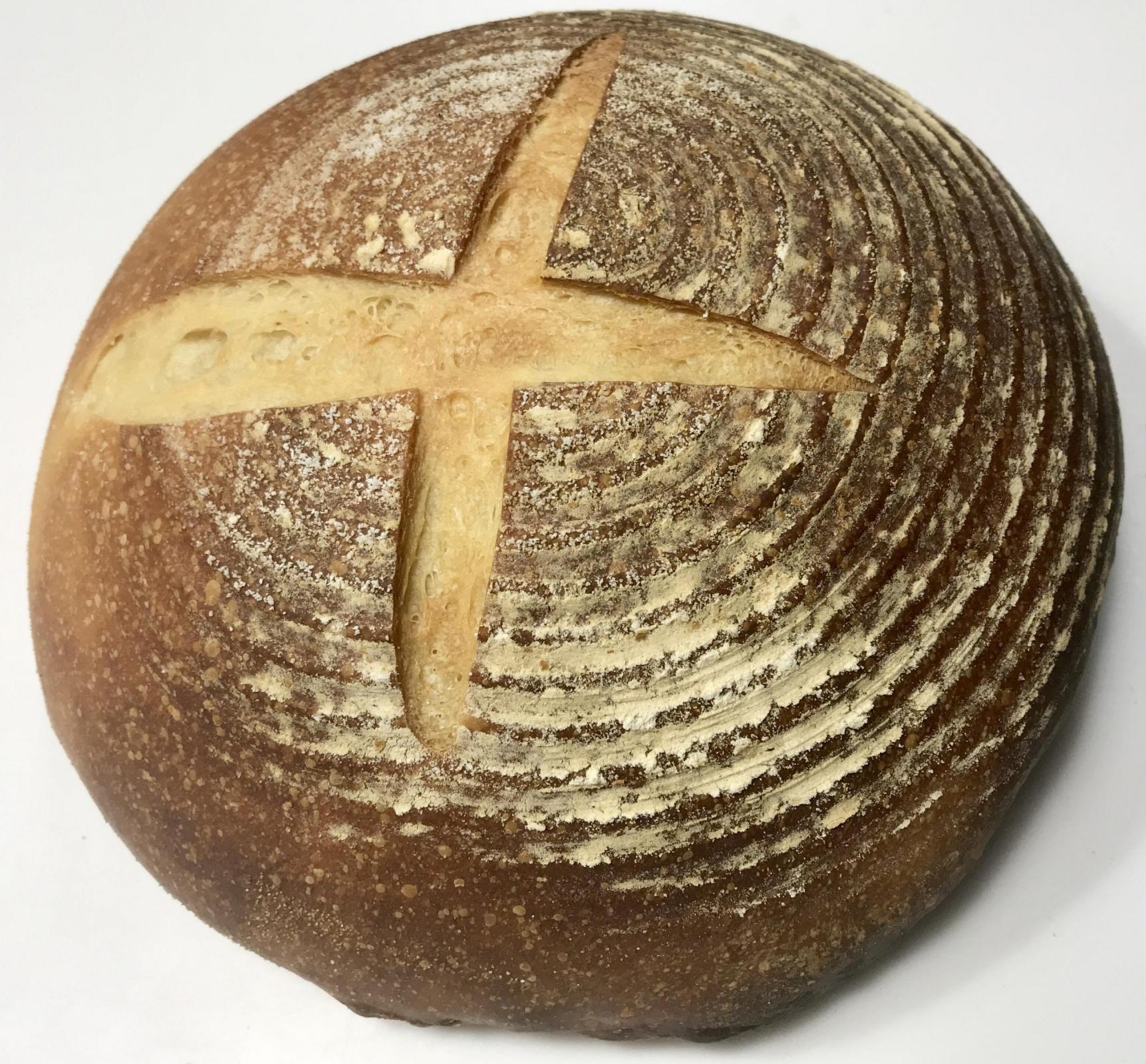 The bread was over proofed, but with a 4 hr proof at over 100F, what else could we expect? 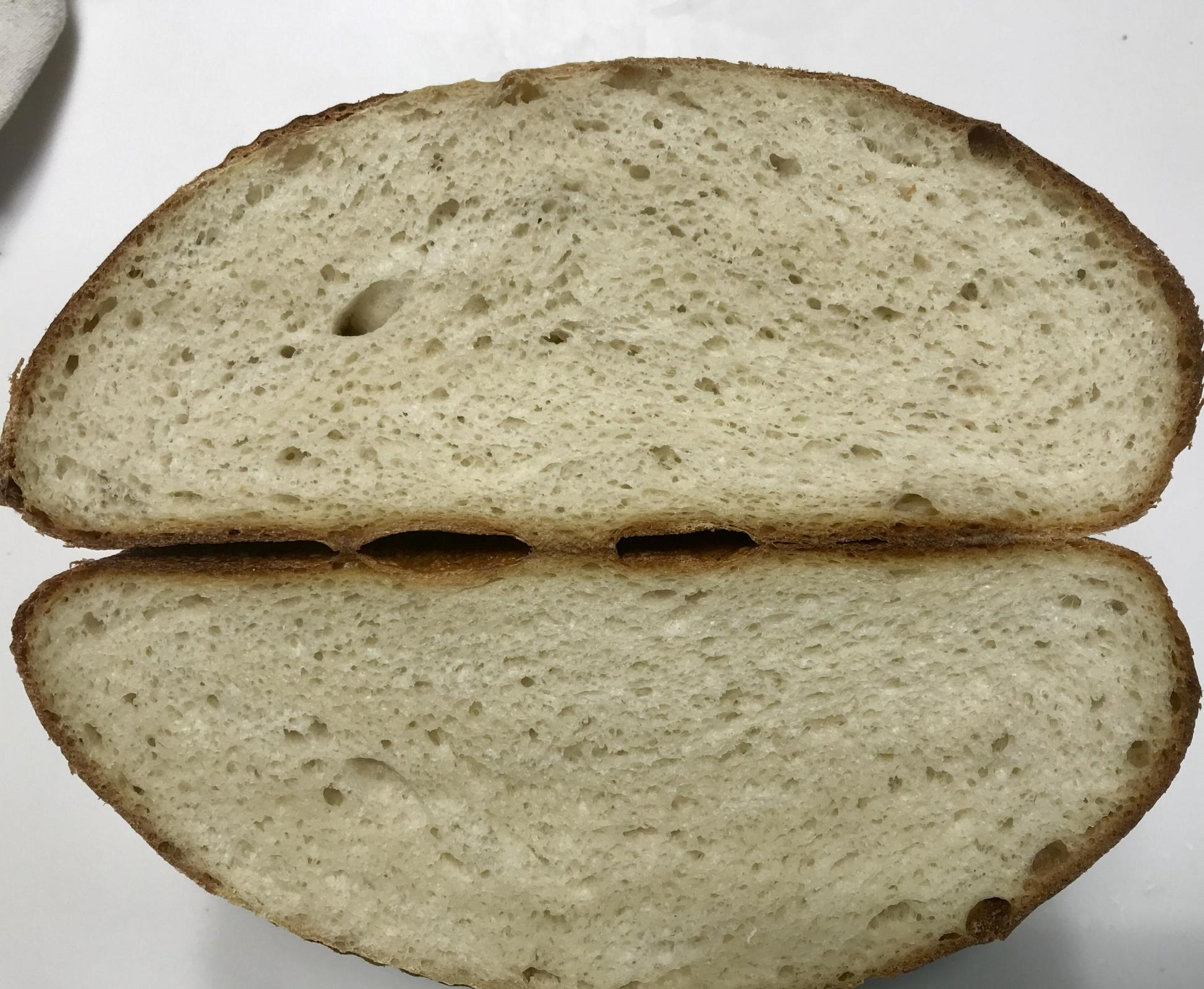 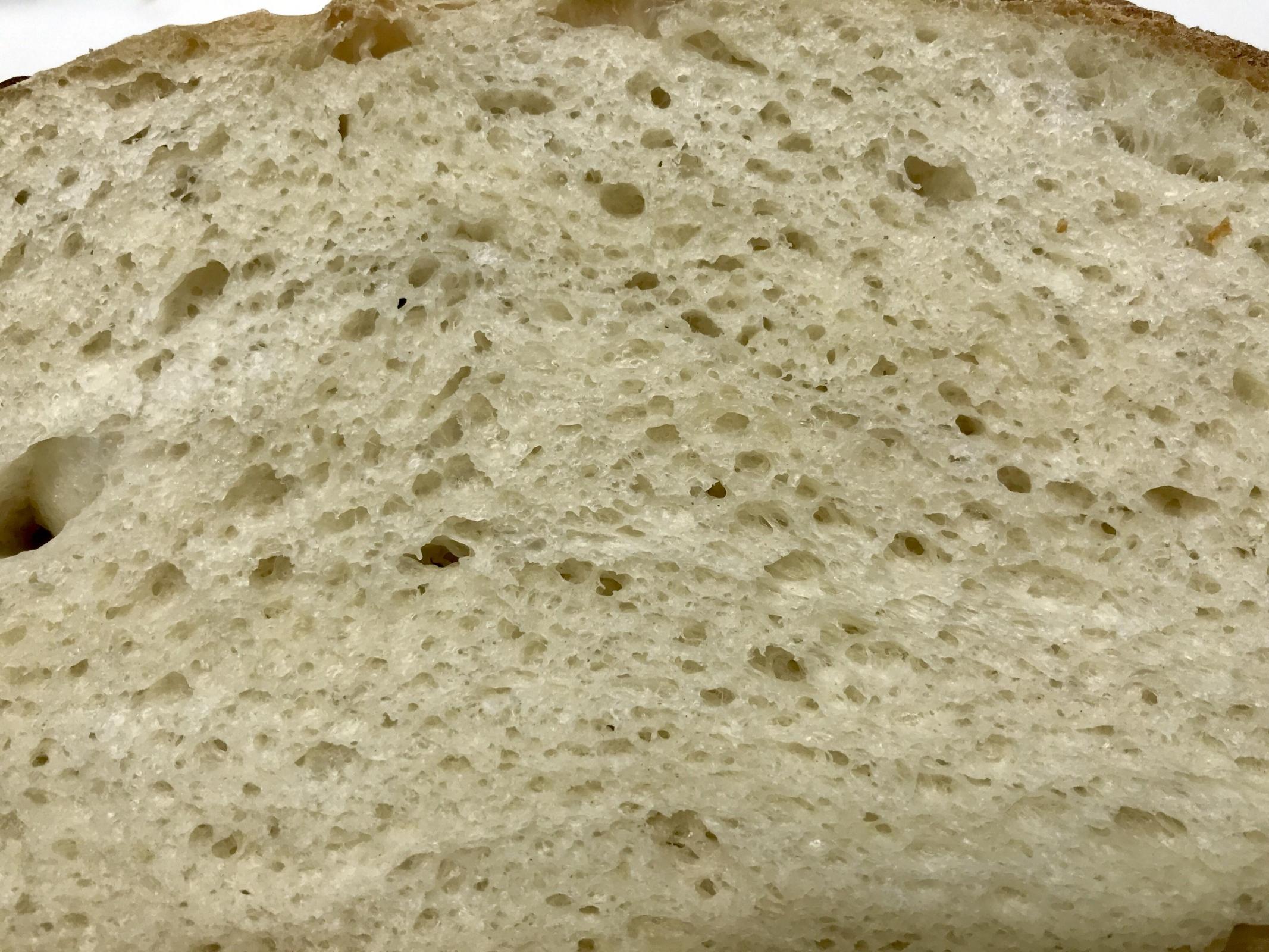 The flavor was fairly prominent and smooth. The flavor profile had no sharp or vinegary notes. The texture was moderately soft and enjoyable, IMO. If it wasn’t for Teresa’s SFSD, I would be attempting to tweak this more in order to make this a favored bread.

Question for those that have tasted the original Larraburu SD. How would you describe the crumb? Did it resemble the crumb above, that we now consider to be over proofed?

Conclusion - Teresa Greenway’s SFSD is by far the very best version of Sanfrancisco Sourdough that I have eaten.  I prefer a bread that is intensely flavored. But keep in mind, I have never sampled the real SFSD.

For those interested. HERE is the link for the interactive thermal data chart that was run during the fermentations.

UPDATE - The bread staled in one day. Both the flavor and the texture degraded in 24 hours. I am thinking that the relatively short fermentations produced a loaf that staled in short order. <Bummer>

Below are tips & ideas that I find useful

For those in the US and others, the History of King Arthur Flour Company is very interesting and historic.

Although not listed as a tip, the comparison of whole grain wheat may prove interesting for some.

I am trying to use a Table of Contents for my BLOG. Links to blogged bakes will be posted to this page. I plan to post a link to this page on all BLOG bakes, experiments, tips, Community Bakes, etc..

Typically I follow Teresa Greenway’s (Northwest Sourdough) formula and process for my Sanfrancisco Sourdough. It produces the flavor profile that I like best. Her process entails an extended warm ferment coupled with a normal warm proof. The warm fermentation develops a bread that favors lactic acid and is very smooth, intensely flavored, and non-vinegary. For over a year I have experimented with changes to the formula/process in an attempt to either improve the flavor or alter the timeline. Almost all attempts have failed. I simply can’t beat her formula and process for the most part.

I bulk fermented the dough for 14 hours @ 78F and then transferred to the retarder. The retarder was set to 51F. The idea behind this experiment is to shorten the warm BF by fermenting overnight @ 50-51F. So I can mix at 7AM and retard @ 9PM. I ran a digital thermal log in the retarder. I had previously learned that the dough takes a very long time to cool from 79F to 50F. And even longer if the target dough temp is 38-39F!

Because the warm BF was shorten and an extented (overnight) retard with a target temp of 50-51F was utilized, the flavor profile of the bread shifted noticeably. The bread now has a slight vinegar note that comes from the acetic acid. This was to be expected, but is now confirmed. 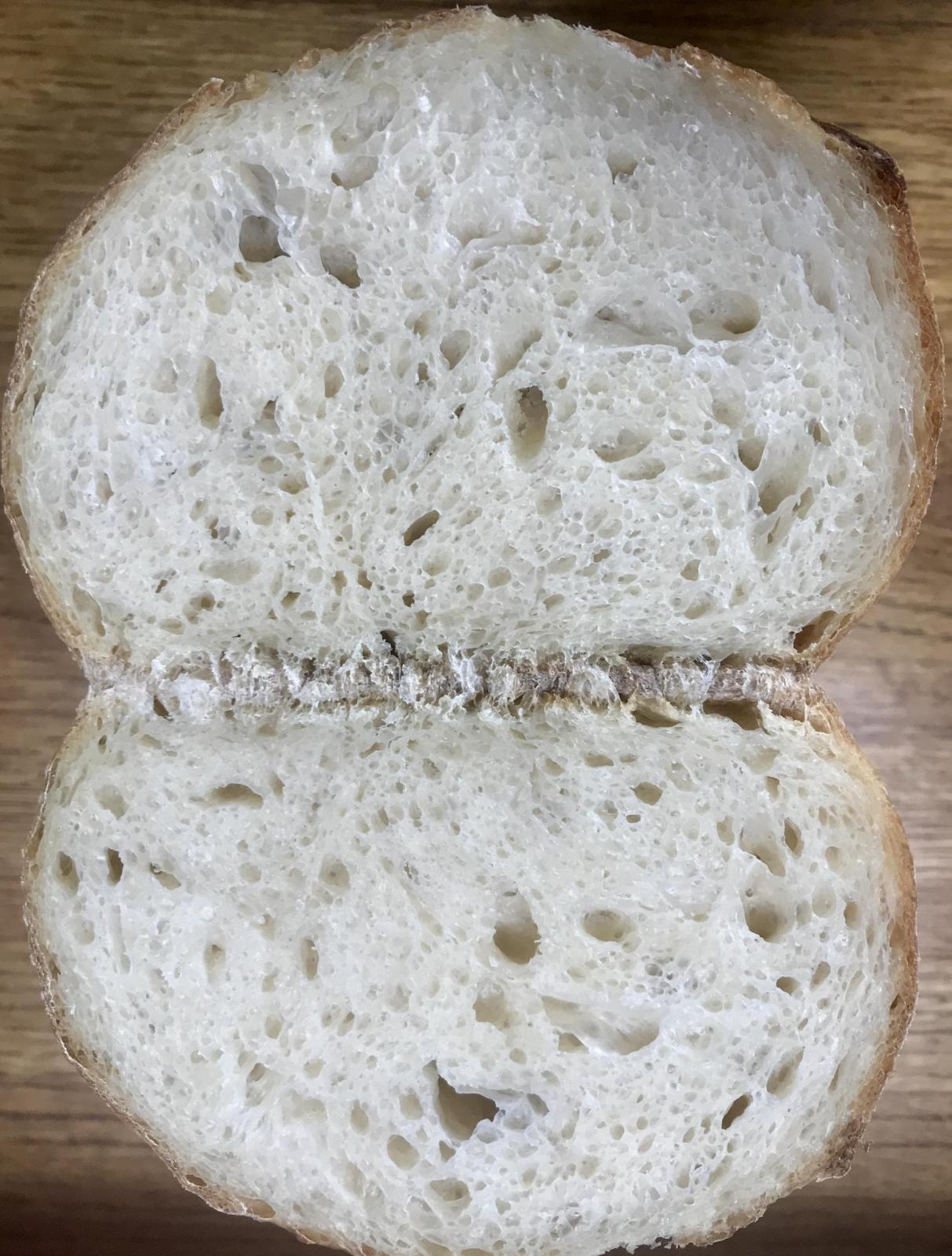 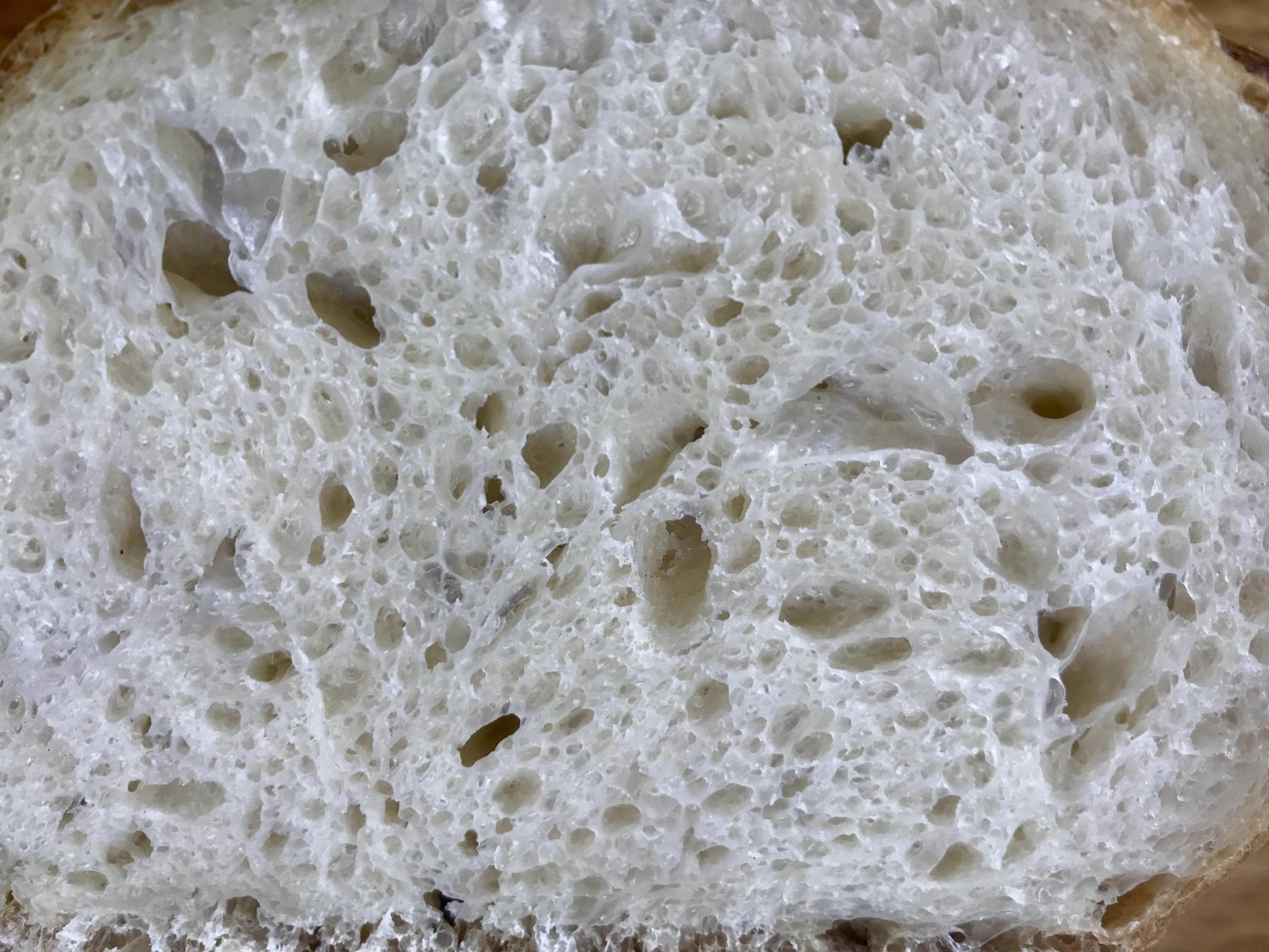 Why I don’t divulge the formula or process in detail.

In the process of taking Teresa’s course we became friends. I asked permission to post her formula and process on TFL. She preferred that I not, because her course is a source of income for her and her family. I plan to honor that as I would if anyone else asked me to do the same. I have no baking secrets, but then again I don’t feed my family from my bakng endeavors. If anyone is interested to try her method of SFSD (I highly recommend it) the course is only $12.99 and it is worth a whole lot more...