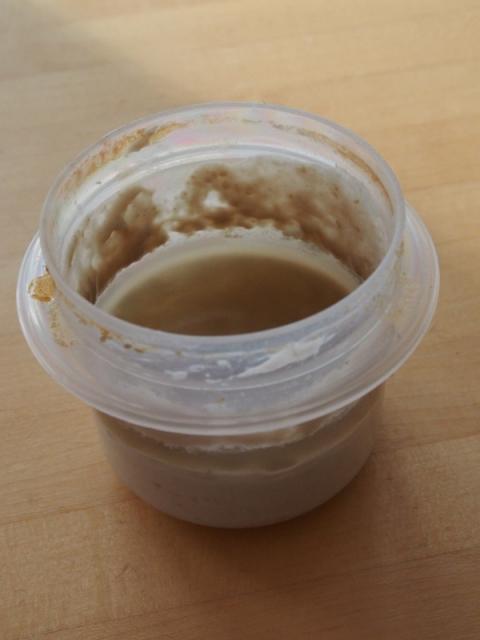 A while ago I wrote a post, Life With Fred; Maintaining a Starter In Pictures, about how I maintain my starter; an approach focused on minimizing both waste and stress. The starter, Fred, seemed pretty resilient. While I usually baked every week or two, sometimes Fred would cool his heels in the fridge for a month or more. I wondered how long he could go between feedings and still remain viable. I knew that dabrownman was taking a similar no-waste, laissez-faire approach. He had some additional goals and described them and his approach in his excellent No Muss No Fuss Starter post.

I also knew that there were a lot of beasties in my 75g of Fred; it would take some time and effort to kill them all. On the other hand, at 100% hydration, Fred might not last as long as a stiffer starter.

So I cloned Fred by removing 15g and feeding with AP flour and a pinch of rye  it 1:2:2 to make a clone known as Dead Fred (DF) . I kept DF in a warm place until he was starting to bubble. 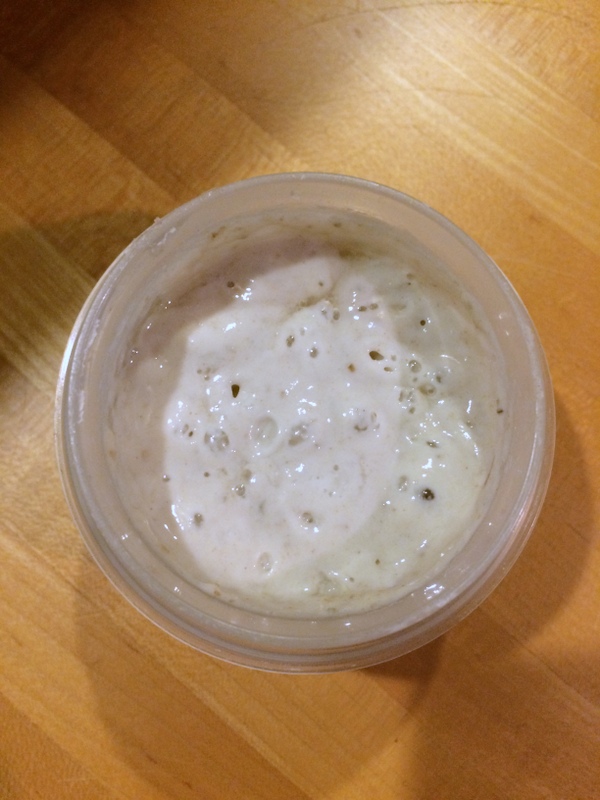 Then I put him in the back of the fridge and left him undisturbed. For 11 months.

When I removed DF it was clear that he had been cold and lonely back there. He had even turned to drink. Sad. 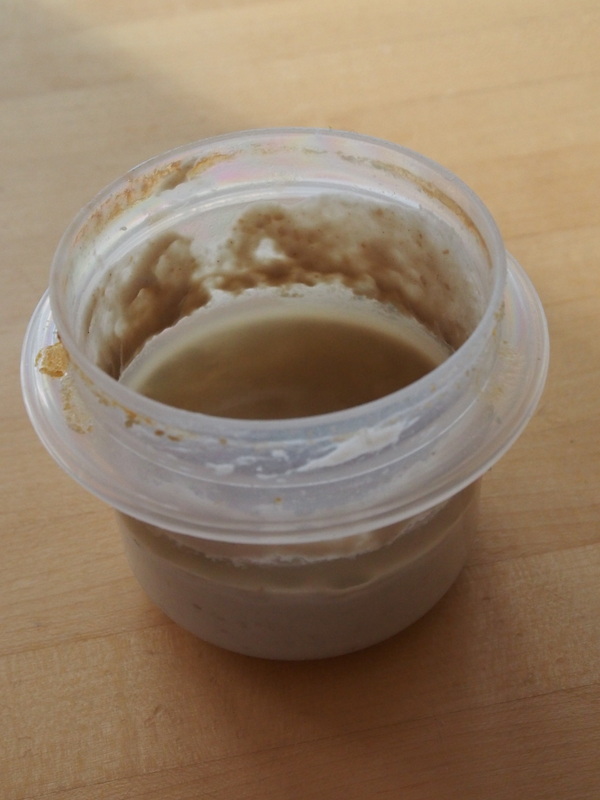 I poured off the hooch and left him at room temperature for a while. There were no signs of life; he's starving, I think. 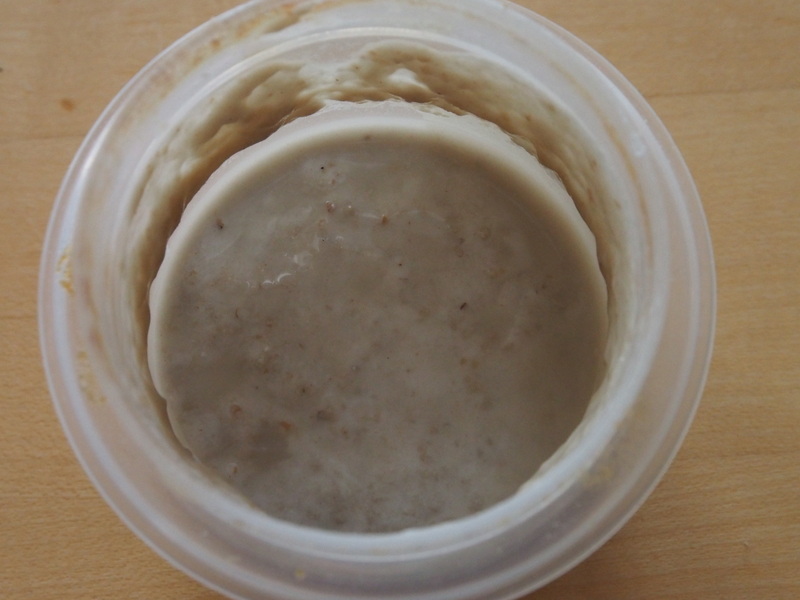 But was the yeast dead or just dormant? Let’s see. 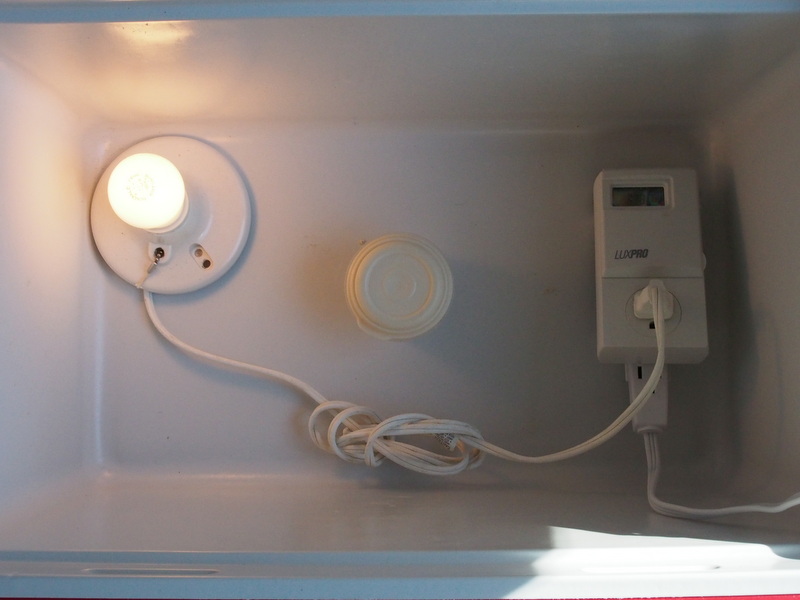 About 11 hours later there are signs of life. He really was just sleeping. 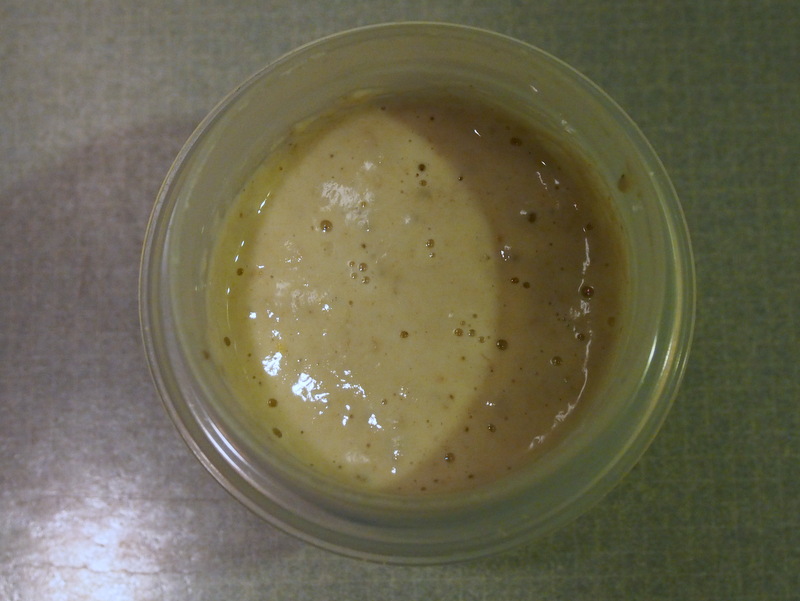 Looking good, but not quite as active as the original Fred yet. Normally I would have fed him again before building a levain - a multi-stage build - but timewise, if I tried to build a levain immediately it would fall into my usual baking schedule. So I went for it and built a 123% hydration levain for my spin on Hamelman’s Vermont Sourdough. Lately I’ve been doing mostly whole-grain breads, but I knew I’d have better chances with a whiter bread if the levain were a little weak. 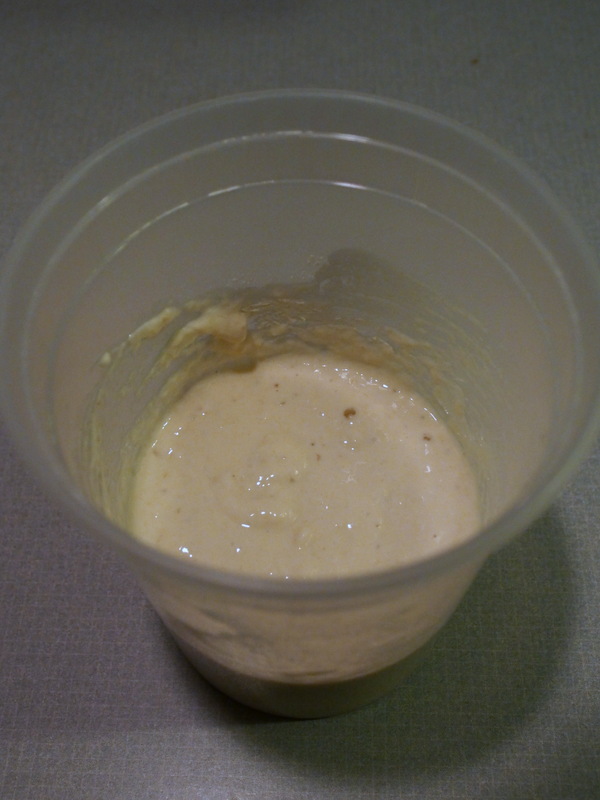 After about 14 hours in the proofing box at 78F, the levain is looking good: 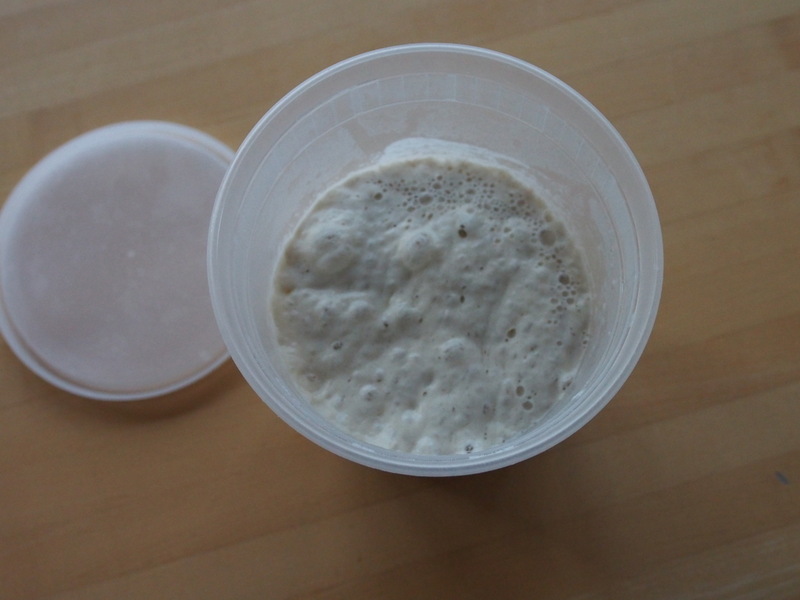 The levain and the remainder of the ingredients get rough-mixed: 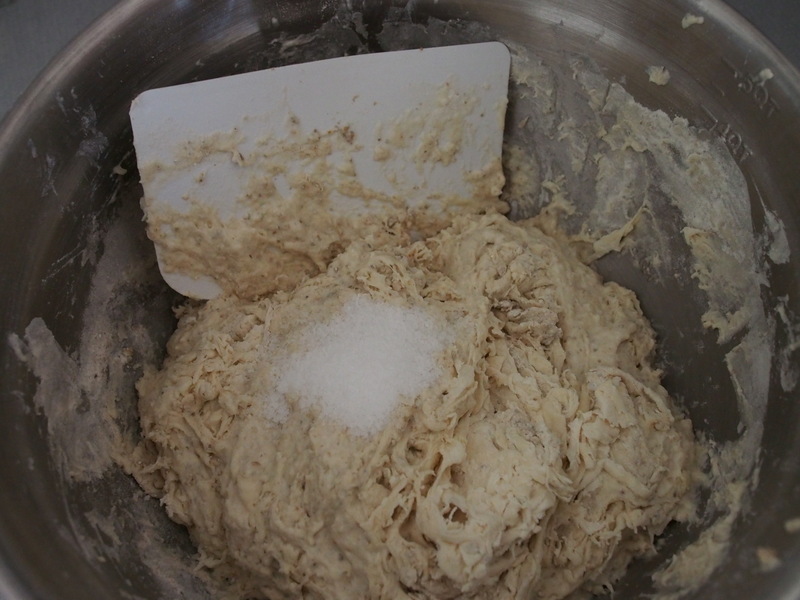 Then some slap-and-folding, a bulk ferment with a couple of folds, shape, retard overnight, and et voilà. From dead to bread. 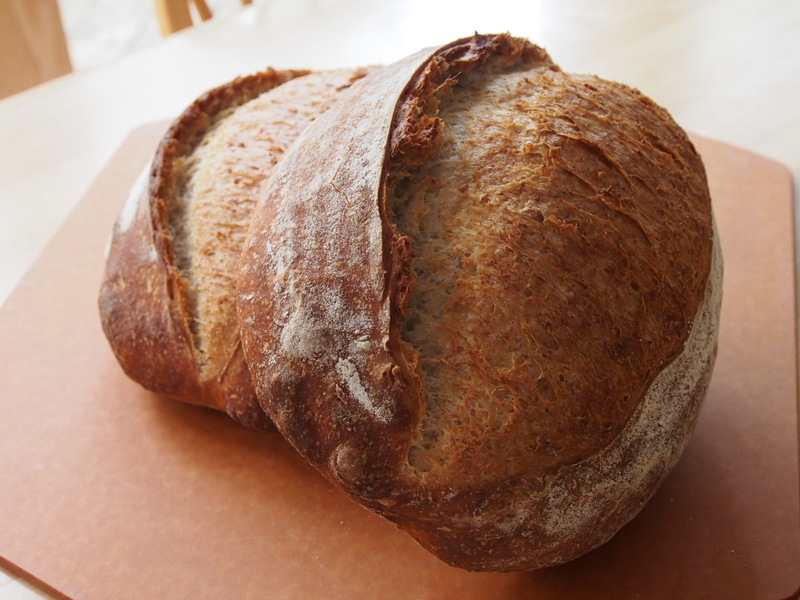 There are a lot of yeastie beasties in a starter. They're simple organism, very focused on survival. Maybe your starter's not dead. 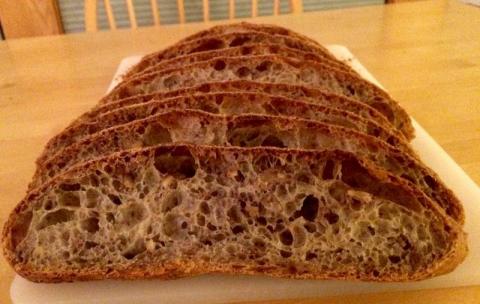 This summer we had the occasion to pass by the King Arthur bakery and store in Norwich, VT several times. The cafe is quite good, and we tried to time our visits for lunch or dinner. Of course, we always pick up some bread to scope out too. One of these was a walnut ciabatta that had a remarkably nutty flavor. Couldn't figure out what was in there until I saw a 'walnut raisin ciabatta' in V2 of Hamelman: ah, toasted wheat germ.

I've made this a few times since, increasing the hydration a bit to open the crumb more.  It's good, and my homegrown food critics say its pretty close to what we brought home.

Here's where I ended up. 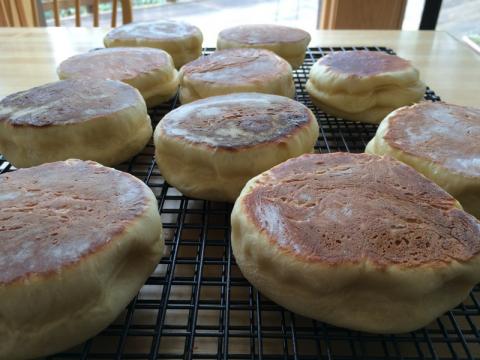 You find these muffins in places with an Azorean Portuguese population, like SE Massachusetts, where I've eaten plenty of them. Crisp on the outside, soft on the inside. Sort of a cross between Portuguese Sweet Bread and English Muffins. But better. Great at breakfast or tea-time, with or without butter. These are tarted up a bit with a biga and some lemon peel.

The Finnish Rye that isn't. 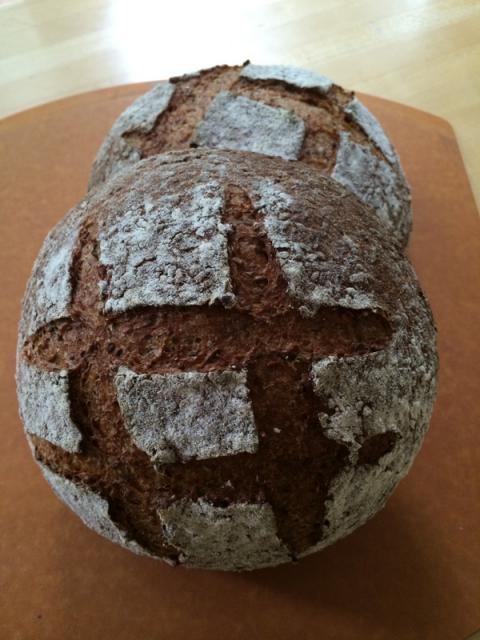 This is my second take on the SBFI Finnish Rye. Didn't get so much spring on the first take, but it was tasty and seemed pretty popular. I only got one slice out of two loaves.

This time I focused on a little more gluten development, mixing for about 8 minutes, then adding the soakers and mixing for another 3-4. Bulk ferment was 3 hours with three folds, final proof about an hour both at 78F. Also added a couple of Tbs of vital gluten to the mix. The dough is pretty sticky stuff; wet hands help. 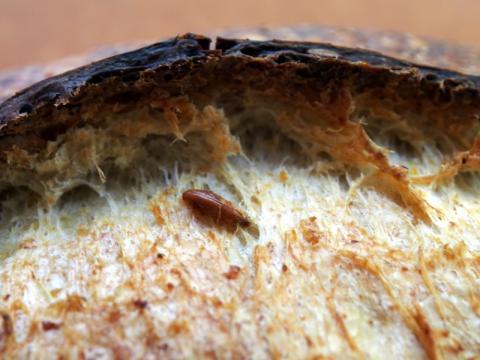 The recent posts from wassisname and limmitedbaking got me hankering to try this bread.

I used the formula here http://www.thefreshloaf.com/node/34729/polenta-pepita-sourdough, but, as happens in the Hippie Kitchen, modified the method:

It's really good. You wouldn't think such a little bit of polenta would make such a difference, but it does. 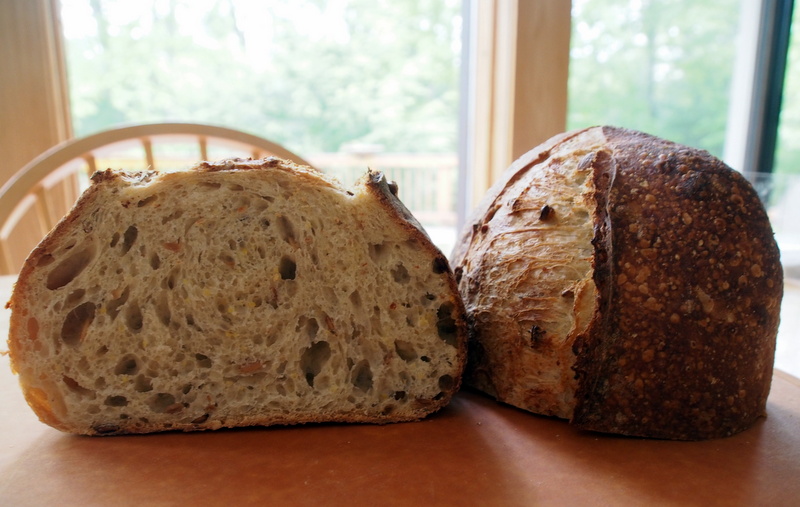 Some days you're the dog... 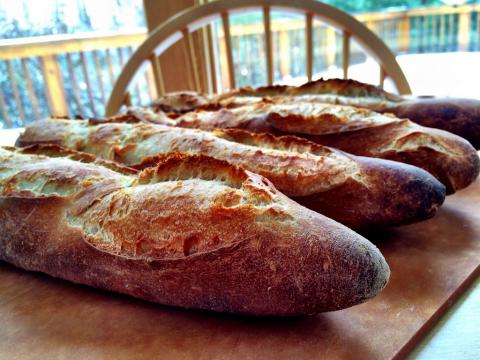 Some days you're the hydrant.

This one was a dog day. Baguettes with poolish from Hamelman, but a little bit wetter. This baguette stuff is tricky. 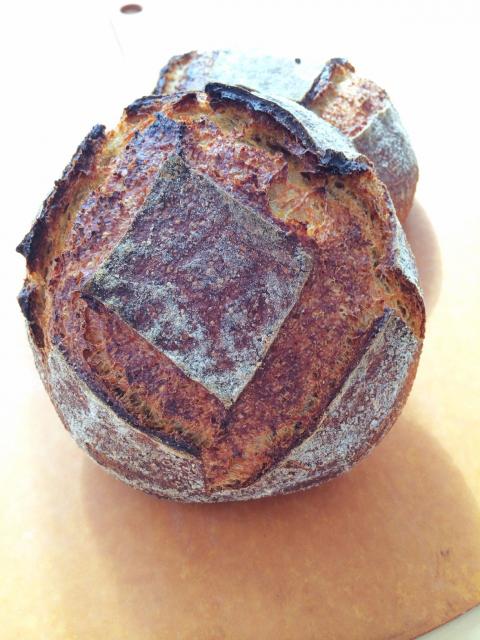 Not posting much lately, but still fiddling around. One of the things I've been doing is messing with a formula that typecase posted here: http://www.thefreshloaf.com/node/35925/need-help-scaling-recipe. Not quite there yet, but here's what the latest spin on it looks like. 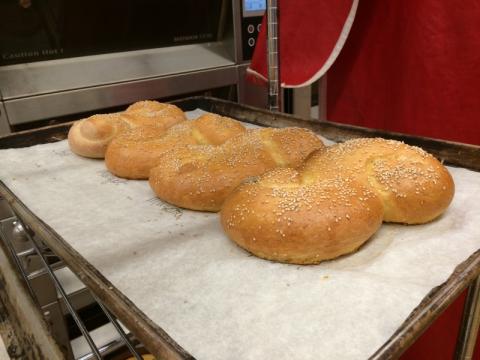 I recently took the 'Artisan Baking at Home I' course at the King Arthur Baking Education Center in Norwich, VT. I pondered whether it would be worthwhile, as I'm a not-a-beginner home baker and (thought I) was familiar with a lot of the material in the course description. I finally decided to go as I was sure to pick up some tips from the pros, and taking the course would allow me to see and feel the various doughs. And I could mess around with dough and commercial equipment for four days in a row with other breadheads. I'm glad I went.

I won't say much about the course content, as it's been described in other posts here on TFL. I will say that it was useful, educational and good fun. The instructors, facility and materials were all top-notch, and our time was used very efficiently.

Some photos to give you an idea

There's a store, bakery and café in the same complex. The café is pretty good. 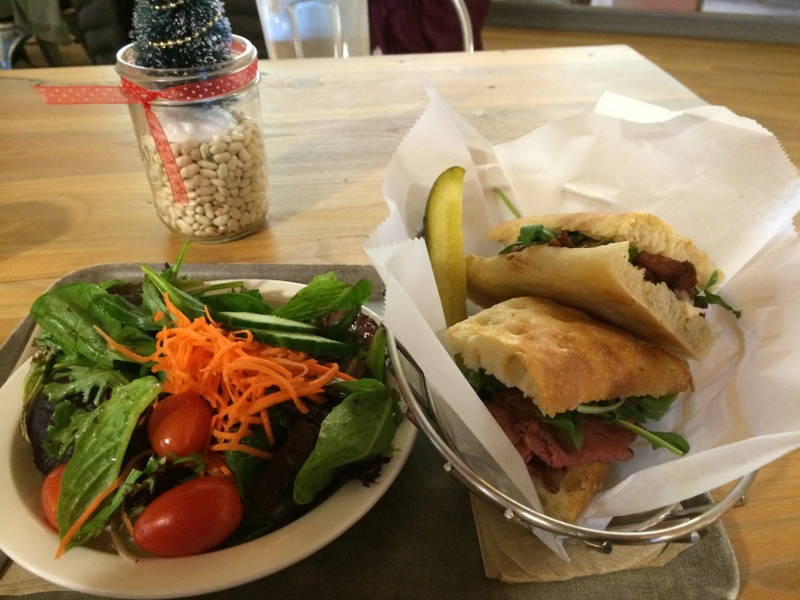 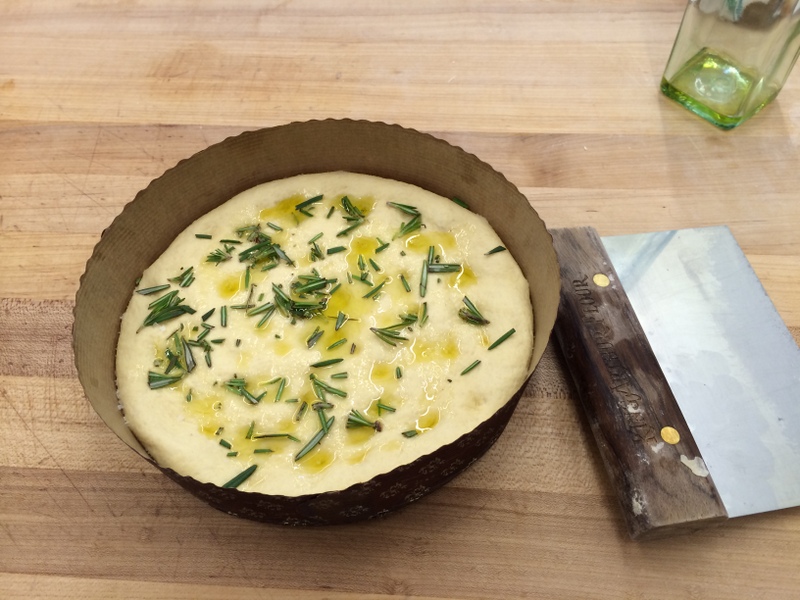 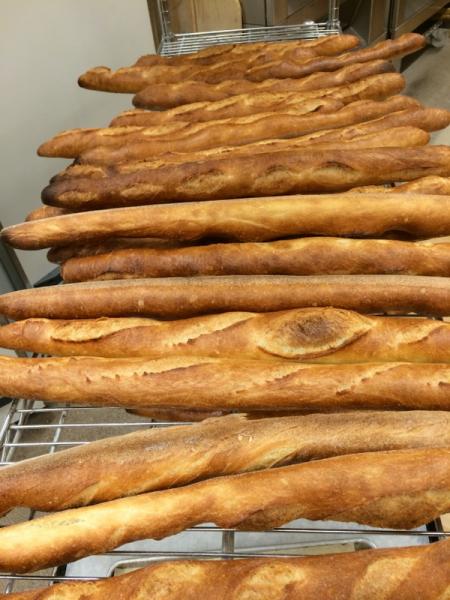 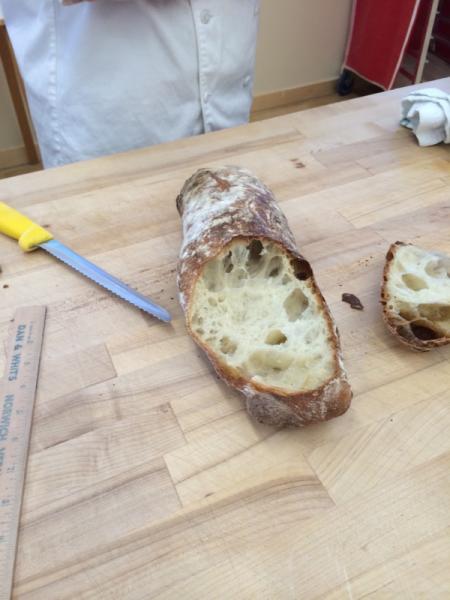 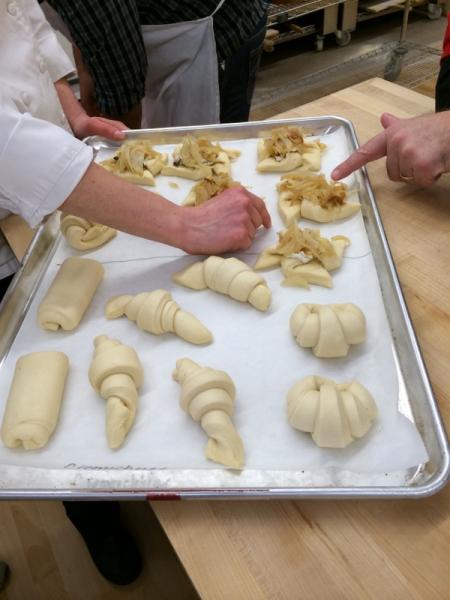 It took a few days to recover from bread overload I got at the Boston TFL meetup (thanks so much for organizing, Varda). Time to try something new.  Pumpkin seed bread from the Seven Stars Bakery in Providence, RI as described by MC Farine has been on the list for a while.

I made a few changes. The original formula combines two levains to form the levain for the bread. I built a levain with the same percentages starting with Fred, my 100% hydration mostly white starter. The amount of pumpkin puree is pretty small: maybe 1/4 of a can. Instead of opening a can of pumpkin puree I pureed a bit of fresh acorn squash.  The squash seems mostly for color in this bread, and I suspect that some of those cans of pumpkin puree have squash in them anyway.

It seemed to work. 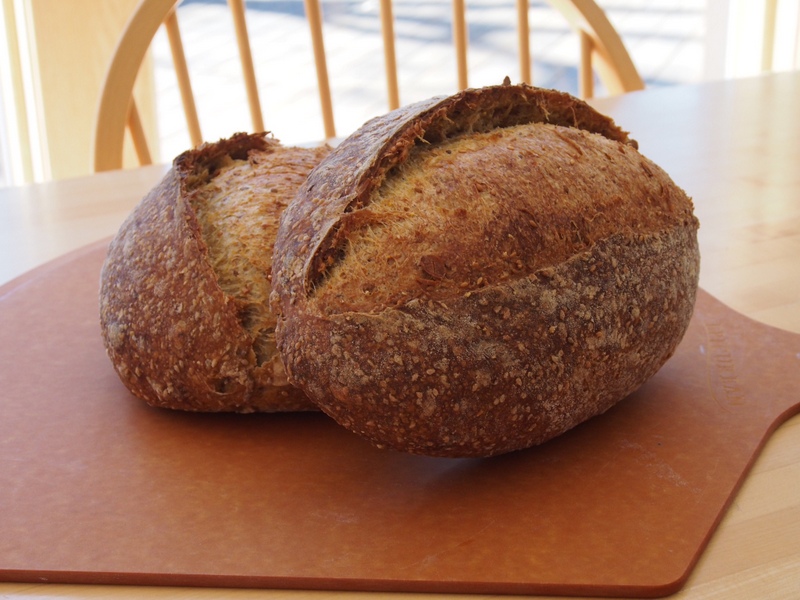 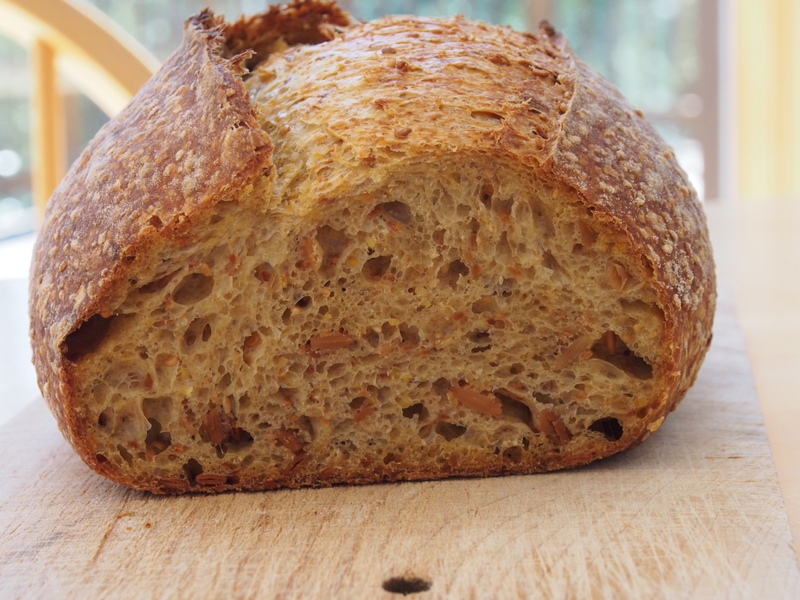 The rye makes a nice undertone under the nutty flavor of the roasted pumpkin seeds. There is more carmelization that I would have expected, perhaps due to the sugar in the puree. I like the orange hue.

Mix the starter with the water and flours; ferment 12-14 hours

Not your father's pumpkin bread

We had a can of pumpkin puree kicking around. I'm tired of the usual pumpkin quick bread and wanted something lighter.  Some time ago our paper had a braided yeast-raised pumpkin bread, originally from King Arthur. I started there and somehow ended up here: 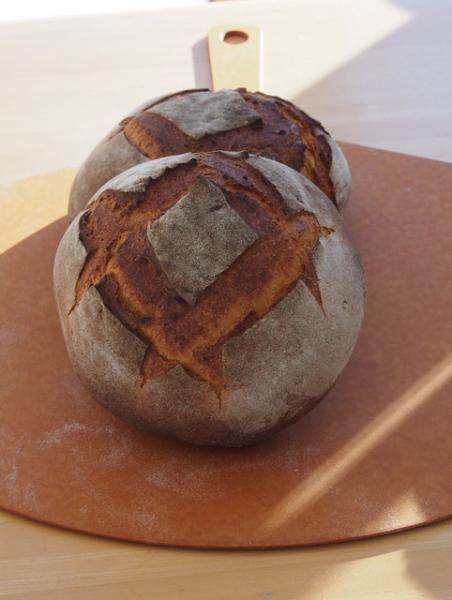 Sorry, no crumb shot; the good light was gone by the time I sliced it.

I'm going to try another spin, this time with a preferment to punch it up a bit; then I think this one will be done.