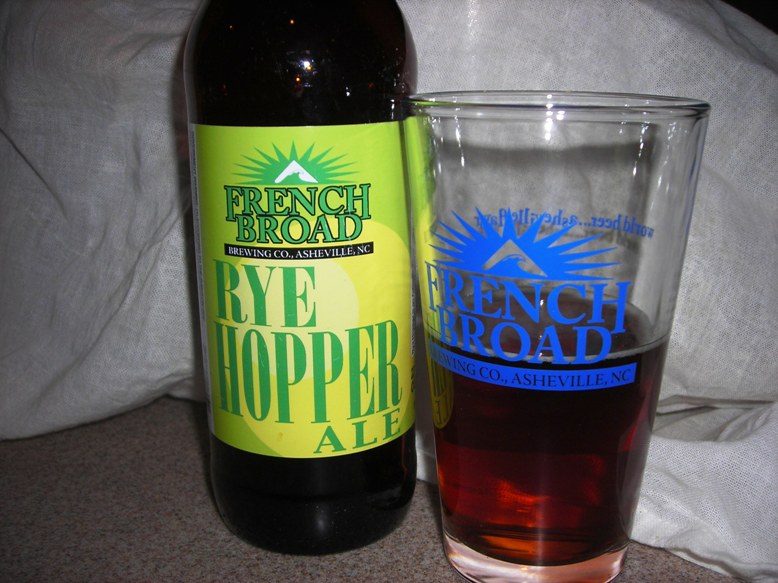 Beer and bread has always seemed like a logical combination to me and I have made several variations on beer bread. This version is based on an American Rye Ale and uses only beer for hydration.

The French Broad Brewery is just down the road and I am lucky enough to have a friend who works there. Not a bad deal, trading beer for bread.

Mixed Levain, Soaker and Final 288g of AP flour by hand and rest for 30 minutes.

Shaped 3 boules @ 525g and rested on couche seam side up, after 15 min. rest brush paste mix on seam side of boules and proof for 1 hour. 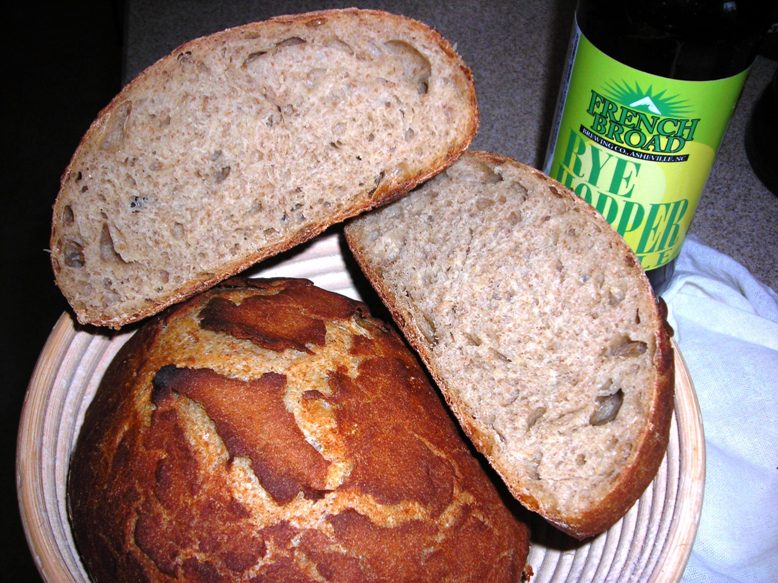 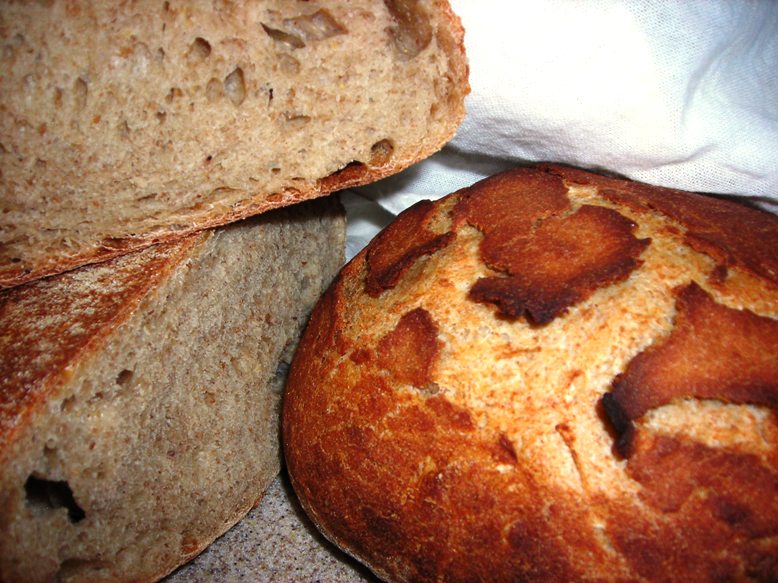 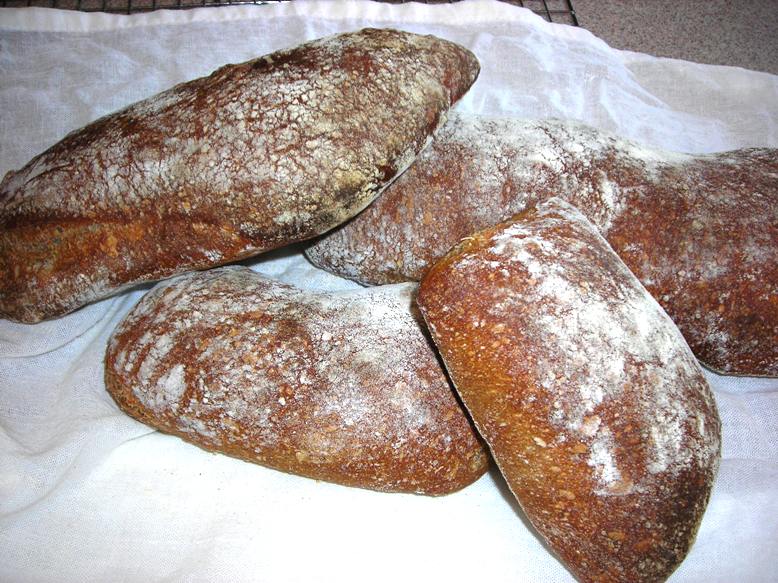 Loosely based on the formula for Le pavé d’autrefois
(Old fashioned slab) in the book,  Le Pain, l’envers du décor (Bread, behind the scenes) by Frédéric Lalos.

His version used commercial yeast and a poolish.

Mixed Levain, Soaker and Final 286g of
AP flour by hand and rest for 30 minutes.

Turn out dough onto heavily floured
surface and fold over on itself. Rest 1 hour covered.

Spread out dough by dimpling with fingertips.
Rest 1 hour covered.

Cut into slabs of desired size and
bake on stone in preheated oven at 460°F for 35-45 minutes, depending on size.

This was a fragrant and tasty bread , somewhat like a rustic lower hydration ciabatta. 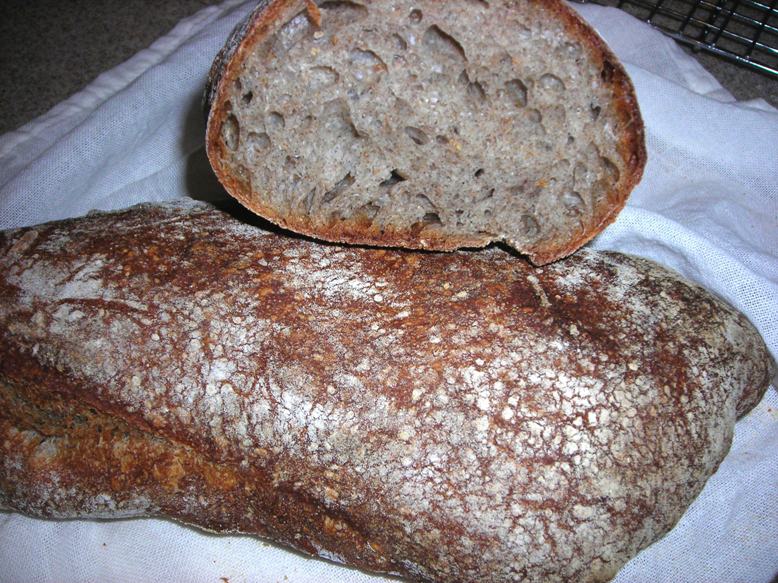 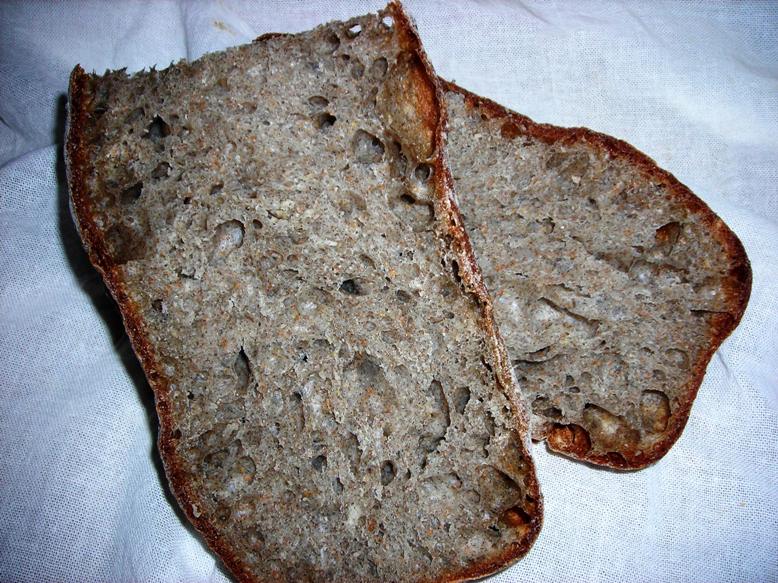 I found some cracked rye at my local health food store and then found this recipe which seemed like it might be an interesting balance of hearty flavors.

*I used dark molasses, rather than the light that was called for, because that’s what I had on hand.

I combined all ingredients in a stand mixer and mixed on low speed with the paddle for 5 minutes as directed. I couldn’t tell that there was any development at all, just a nicely combined glop.

Covered the bowl with plastic wrap and rested for 30 minutes.

I did some “air shaping” and placed the dough seam side down in a 8.5” round banneton that I lined with a heavily floured linen.

The hard part was waiting 24 hours to slice the loaf, but it was worth it. This bread has great flavor for my taste, and it was as good with butter and honey as it was with smoked salmon!

I will make this one again. 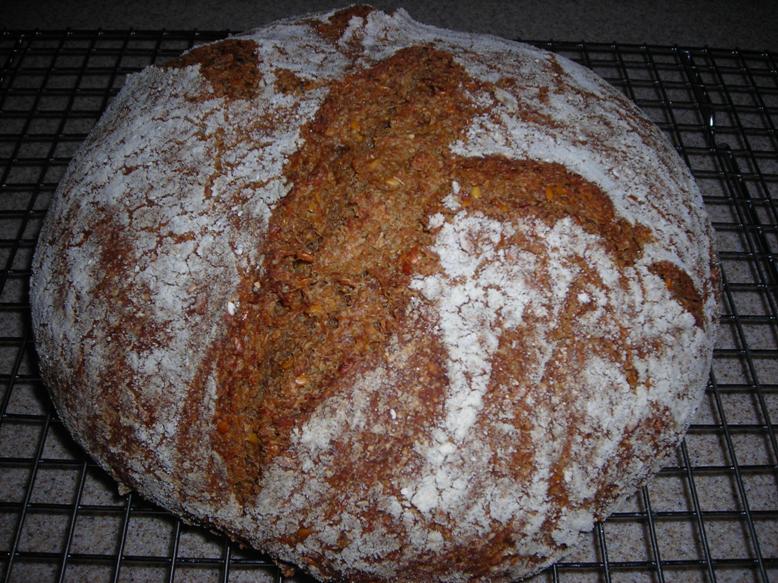 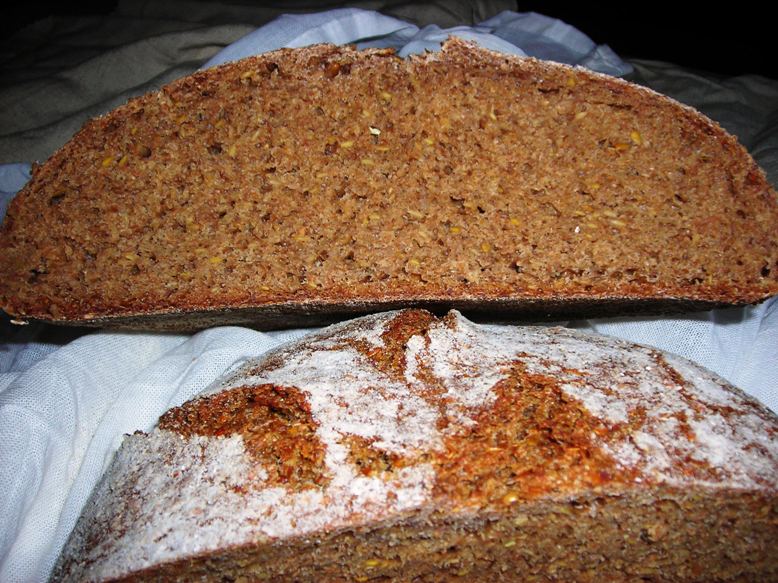 In baking, like in life, when you think you have a pretty good handle on things something comes along that reminds you that you have a lot to learn. Today's lesson was that I don't yet have the skills for excessive handling of generously hydrated loaves.

The bake today was Hamelman's Semolina Sourdough with sesame seeds inside and out. I thought I could lay my loaf in a tray of seeds without something bad happening, but it left me with a wiggle in my batard.

I mostly stuck to the recipe on this one, just bumped up the hydration a little and added a 20 hour retard and made two 29 oz loaves. All in all, a nutty, fragrant and tasty bread.

Next up, Pain Meunier from Advanced Bread and Pastry, sourdough style. 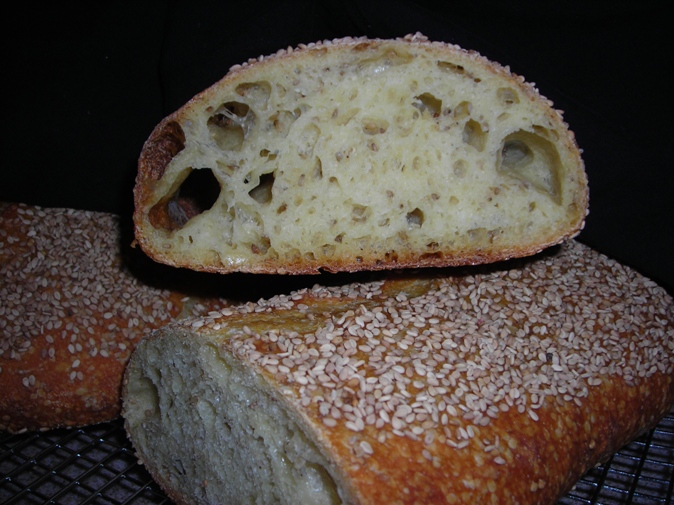 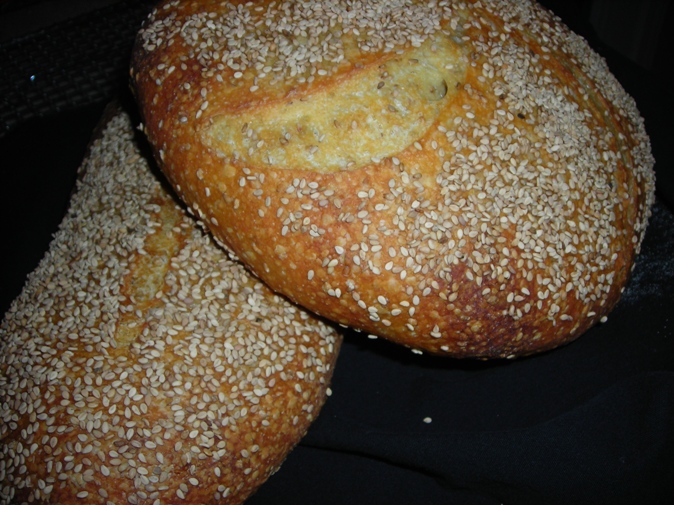 As a long time lurker, it seemed like it was time to jump in and contribute.

I am an obsessive bread baker and recent convert to the joys of wild yeast. Today's bake was Hamelman's Whole Wheat Levain. Since it was my first attempt at this one, there were no modifications. As always there are things to improve on, but I was pretty happy with the results. 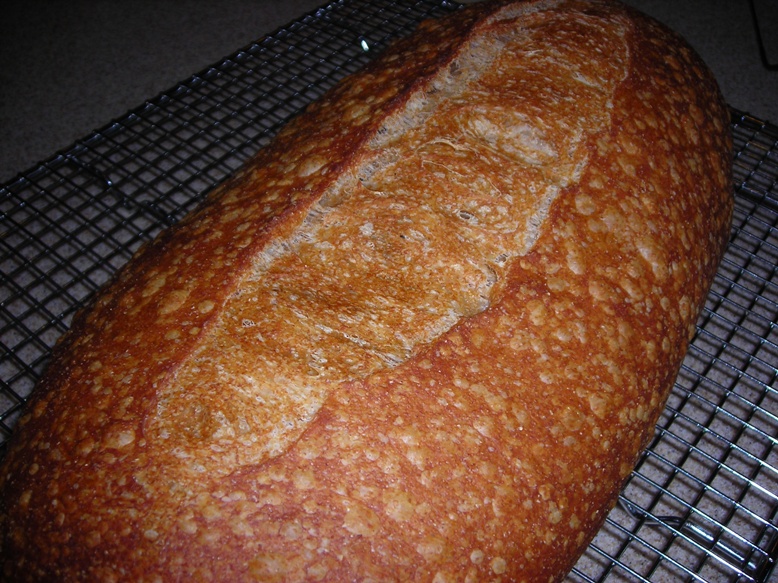 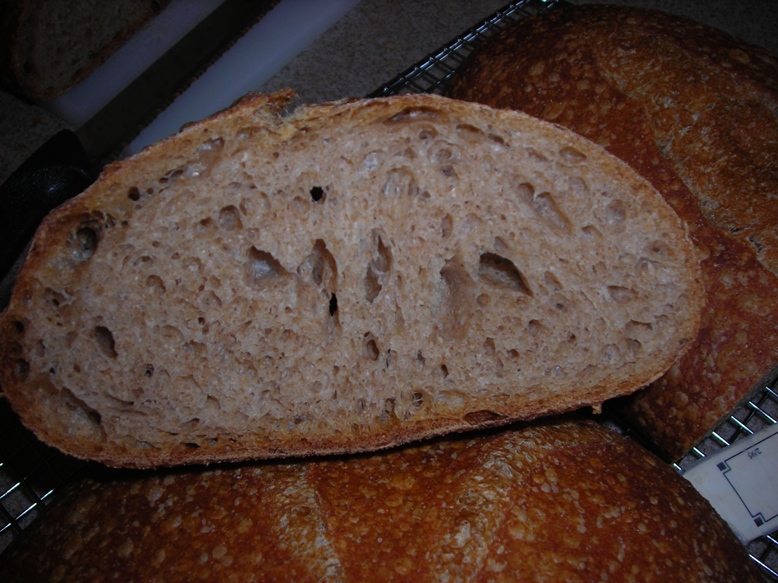