We had some friends over for dinner and had to have some nice soft rolls to go with my chicken with artichoke hearts and sun dried tomatoes.  I decided that I wanted something with rosemary since the chicken dish has rosemary in it.  So I prepared a mashed Russet potato and added rosemary and black pepper to taste.  Of course the mashed potato had butter and milk as well, make sure that the butter and milk are hot when adding it to the mashed potato for the best smooth texture. 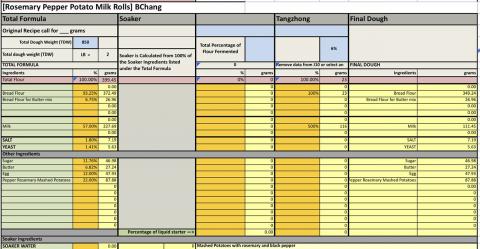 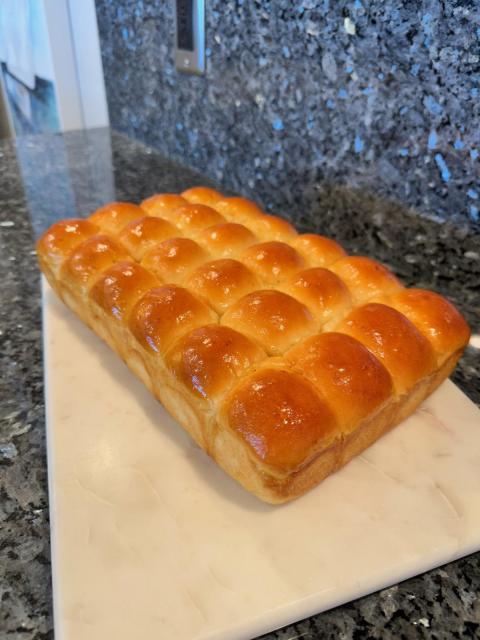 Cook Tangzhong mixing flour and milk constantly until it becomes a thick roux.  Let cool before adding to final dough.  Or add to cold milk and egg to cool it down.

Blend room temperature butter and flour together and set aside to incorporate after the dough is well developed.

To mix by hand, add the salt and yeast to the wet ingredients (milk, tangzhong and egg) to dissolve.  Next add the flour and mix with a silicone spatula until no dry flour remains.  Rest 10-20 mins.  Next perform French folds until the dough is well developed.  Smear the blended butter/flour onto the dough and then fold to incorporate and then perform further French folds until well developed.  Gradually add the mashed potato and knead to incorporate it well into the dough.  Form into a tight ball and place in a bowl covered with plastic or a damp cloth and place in a warm place until doubled (about 1hr 30 mins).  Alternatively, you could mix the mashed potato and butter and then add the mixture to the developed dough until well incorporated.

Butter a large baking pan.  Punch the dough down and then divide into 12 equal portions.  Form each into tight boules.  Place in the buttered baking pan seem side down.  Cover them and allow them to fully proof about 1 hour to 1 hour and 20-30 mins, they should pass the poke test.

After about 30 mins of proofing time, whisk your remaining egg and milk and then brush the small boules.

About 30 mins prior to end of final proof preheat the oven to 350°F.

Immediately prior to baking brush the dough again with the egg and milk mixture.

Bake the rolls uncovered for 30 minutes or until the internal temperature is at least 190F. Cover if your rolls get brown early in the baking process.

Remove the bread from the oven but not the pans, brush the tops with butter while hot, and then let cool for 10 minutes before pulling the bread from the pans. You may need to slide a butter knife down the sides of the pan to loosen the bread, but I have found parchment paper to be unnecessary.  Sprinkle with fleur de sel if you wish after brushing with butter. 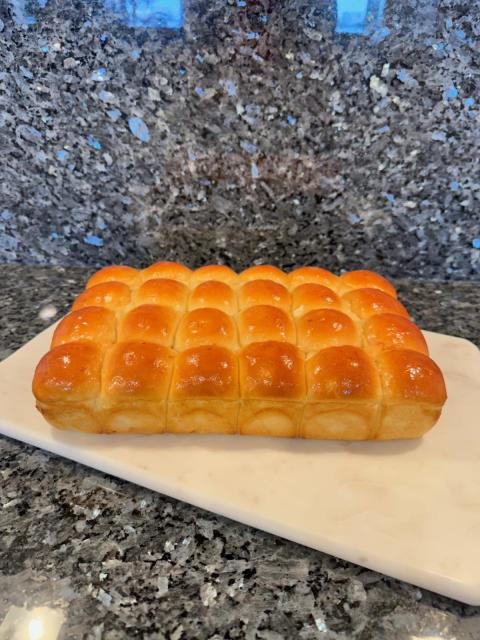 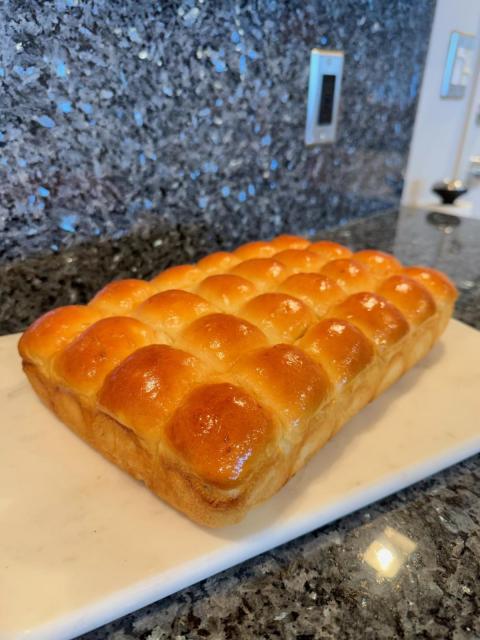 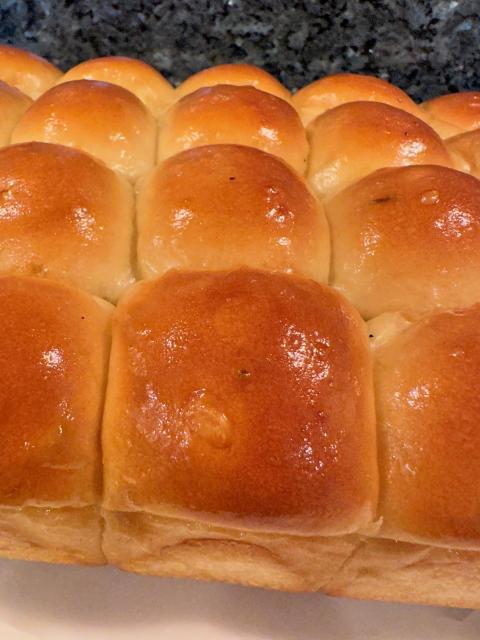 These rolls were a big hit, my partner said they were the best I’ve made so far.  All my guests asked if they could bring some home with them!  The rosemary and black pepper flavor was just enough without being overpowering and the rolls were extremely soft, shreddable, fluffy and moist.  In fact, I had a few left over that I loosely wrapped in foil and two days later they were just as soft fluffy and moist despite being made with IDY.  I guess that is partly the tangzhong! 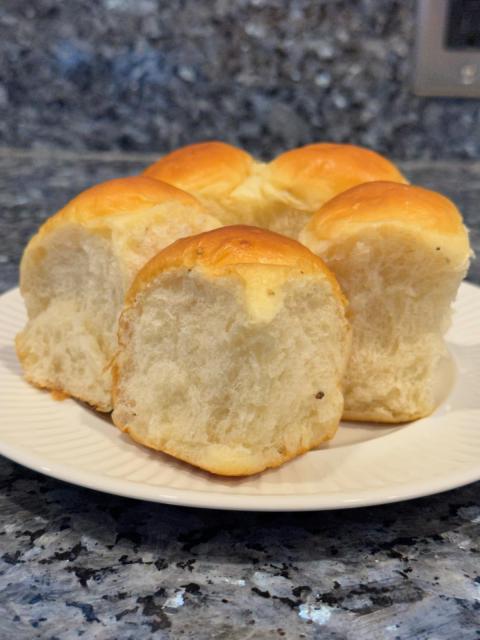 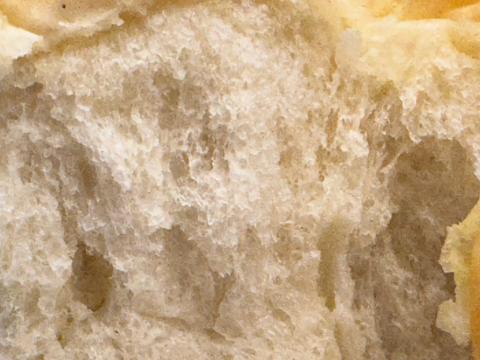 Formula spreadsheet looks terrific, can you provide more information about it? Is it available for purchase?

Hi Michael, the spreadsheet is one that has been widely shared here on TFL.  I was given it by Dan Ayo a while back.  I can share it with you if you’d like.  Why don’t you send me a PM with your email address so I know where to send it.

Thank you for the knowledge and recipes. Been returning to your blog for awhile for inspiration. Wasn't sure how to send a PM but I would also be interested in downloading the spreadsheet you and others use in your posts. Sebastian

Thank you Tony, much appreciated.  It’s always nice to be able to share our bread and food with good friends.

And that flavor combo is one that I would thoroughly enjoy.  Well done, Benny.

Thanks kindly Paul, it seems to be a good combination.

These look awesome.  What side pan did you use to bake them?

Thank you Ian, I used a 7.5” x 11.5” glass pan for these that the previous owner of our apartment left behind.

Those are a beautiful golden brown Benny!  Flavor combination sounds great, especially with a chicken dinner!

Thank you Troy, they were enjoyed by all.  I’ll definitely be baking these again.