Hi hope everyone is doing well. I wanted to experiment with making a Panettone this year and was wondering about the crumb of a Panettone/ Pandoro and why the two doughs? So far from what I have found the crumb ranges in appearance, but an open soft, tearable crumb seems to be everyone aims for.

Initially thought that the Panettone / Pandoro would be highly enriched, more that that of brioche and you would need to do the two doughs to prevent any sourness creeping in and strength to push the dough to that level of proof. According to some of the recipes I looked at the butter / yolk ratio is between 40 – 60% of total flour including the LM, with total hydration(eggs, butter, liquid) to be upper 60's to low 70's. Pretty sure there will be exceptions to to rule but I normally break down recipes this way and build around by own starter and flour.

The brioche I use to make was between 40% and 60% butter/whole egg and total hydration around the 50%, depending on what I was using it for. When I used it for cinnamon buns, would hand mix a sweet starter(60% hydration, 50% Mother) in the afternoon and use it the next day usually around 18h. Mix everything, 2h bulk, fridge for around 4h and roll out, proof on the counter for around 8h. Never bothered with checking temperature or pH, no sourness and never failed me.

The crumb of this dough if used for the cinnamon buns, was soft, open and tearable, probably slightly over-proofed (image attached, sorry about the filters cant find the original) but worked for my schedule. When baked in a tin, I would get a soft fluffy crumb you would find in Shokupan. When I initially looked at developing this brioche dough, when hitting hydration levels of 60's, normally by increasing butter / eggs the crumb open up as expected, the hydration I decided on was for easy of rolling and ferment time.

At this point, a simple explanation, to me it seems that Pandoro / Panettone looks like a brioche that has a higher hydration to allow to crumb to open up. Rambling but would it not be possible to do a single dough Pandoro / Panettone, or is the multiple doughs more for taste and keeping quality rather that just having the strength to proof the dough, without the sourness, or maybe just tradition at this point.

Could the sweet starter I used for brioche be considered and first dough, as it was made from stiff starter, although only fed twice a day, so not really an LM.

All theoretical at the moment, hope to do some baking soon and run some tests.

Any book / article recommendations on the more technical aspects and reasoning behind the Panettone, “Sourdough Panettone and Viennoiserie“ is on the list so far. 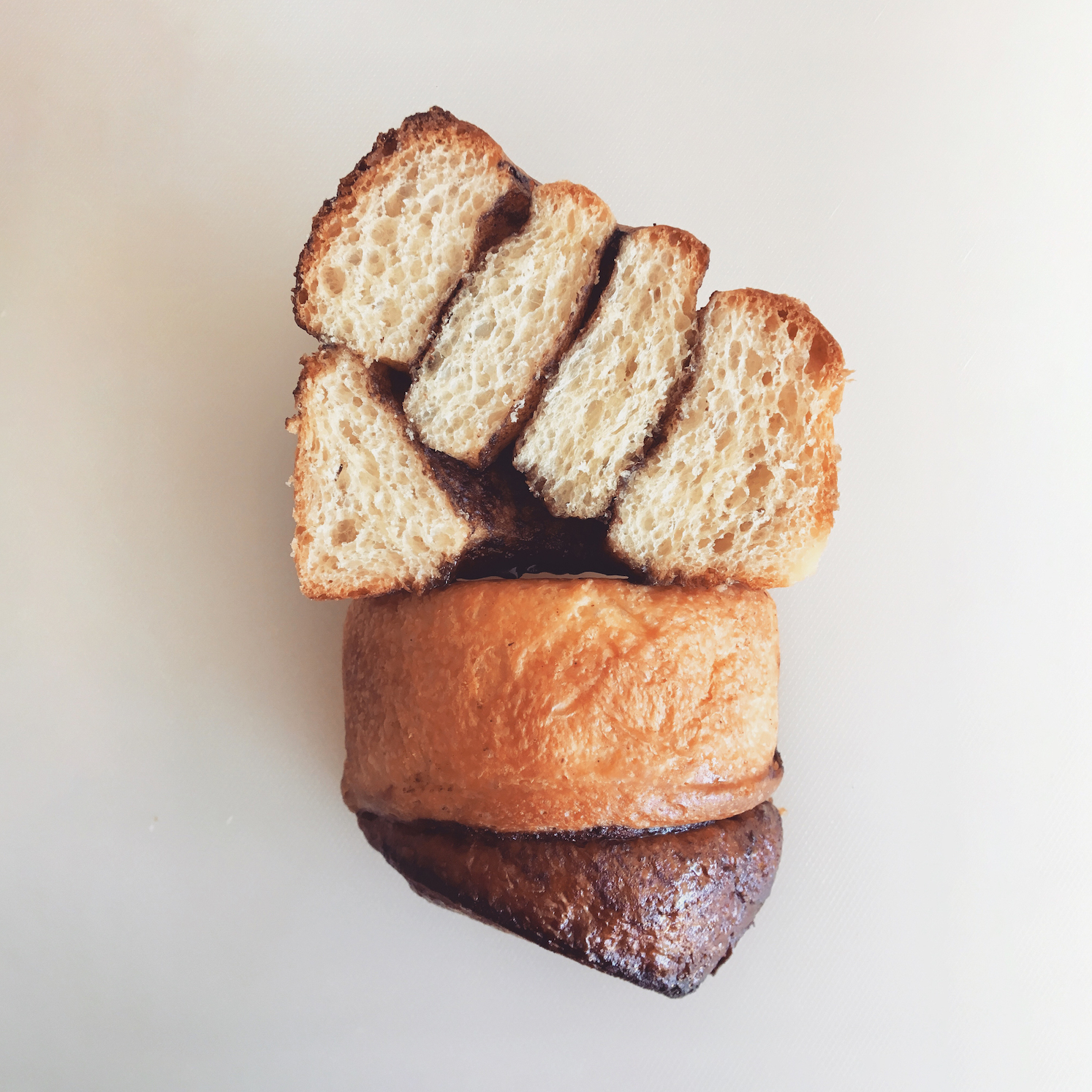 I am, by NO means, any kind of expert in making panettone. I have eaten my fair share. I have attempted panettone years ago but,at the time, did not have a great understanding of the process. I have been successful in making brioche and settled for a bread that I dubbed "Pannettoche".

A couple observations I do have are as follows:

Panettone has a very unique crumb texture and it took me a long time to figure out how it is achieved. Not an easy process. A very high protein flour is best to be used and you would never know it from the end product-not chewy but feathery. The protein has to be high so that the tough protein can be softened by the prolonged fermentation using the strong LM. So the process is successful if you are able to ferment it to a point of deterioration that softens and feathers the crumb but does not dissolve it.

The highly active and strong LM is necessary for the very flavorful fermentation flavor and to be able to carry a long fermentation on a sweet dough. I'm sure, holding temperatures are very important. An astute baker needs to know when it has reached the proper fermentation and the proper breakdown of the protein in order to have a successful panettone.

Too stressful for me. Hence, my version of a delicious, somewhat less feathery(but still pillowy) "Panettoche".

Have productive fun in your endeavors.

That makes a lot of sense thanks for the info.

Never thought about it in terms of the fermentation being such a big factor in softening the crumb with enrich loaves, that would pretty much line up with what I have gotten it the past without realising why. Over fermenting would leave me with a crumb that I would describe as spiderweb, being open and soft but there would be no direction in the bubbles.

I attempted to do a single dough Pandoro like I described in the first post, total bulk was 12 hours.

Not a bad result in terms of softness and taste, but the the appearance is not what I am looking for. Will attempt to go ahead with a multiple doughs and see how that works out. My usual brioche only has 15% sugar, the extra sugar definitely had an impact on the fermentation. 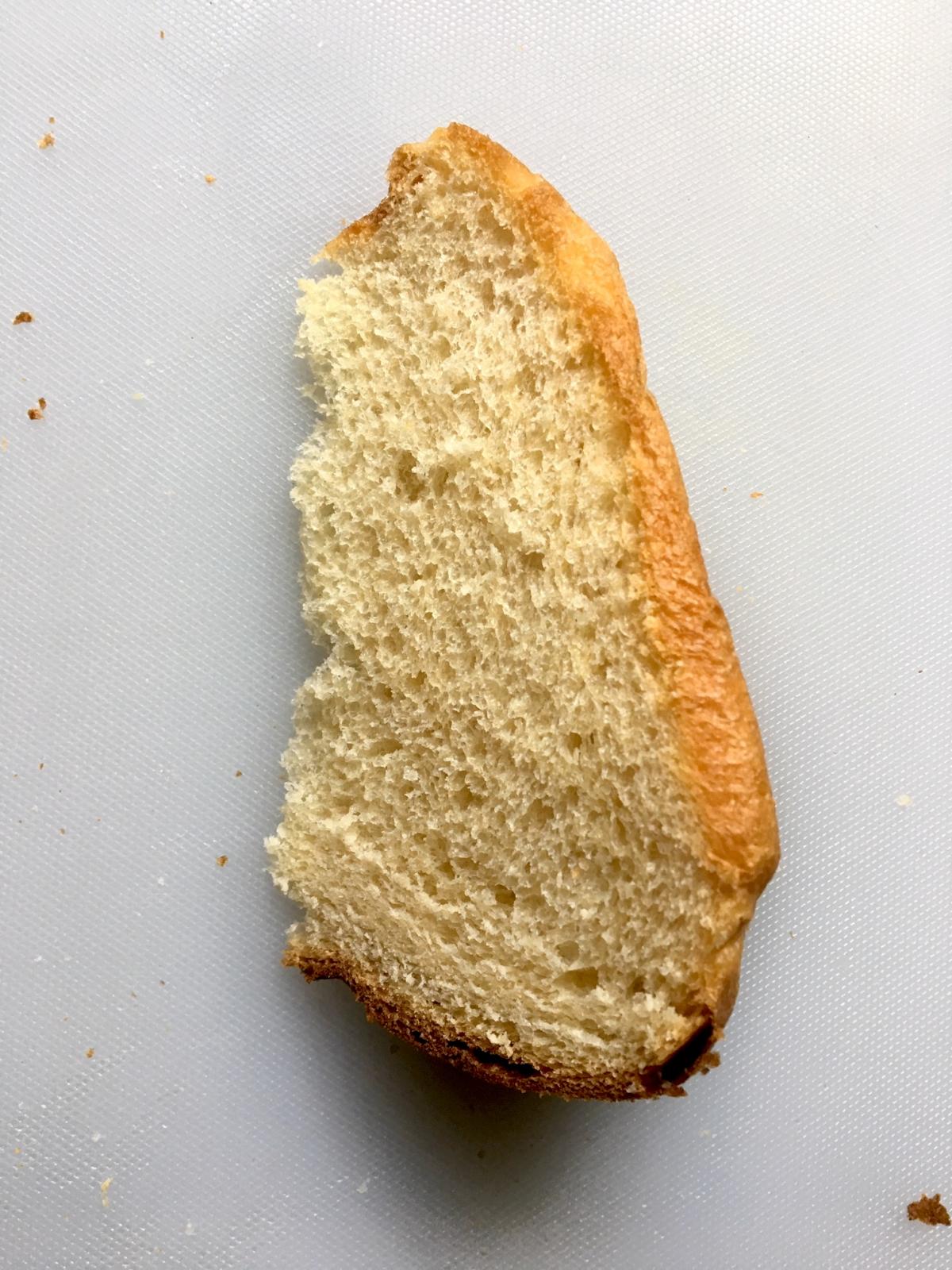 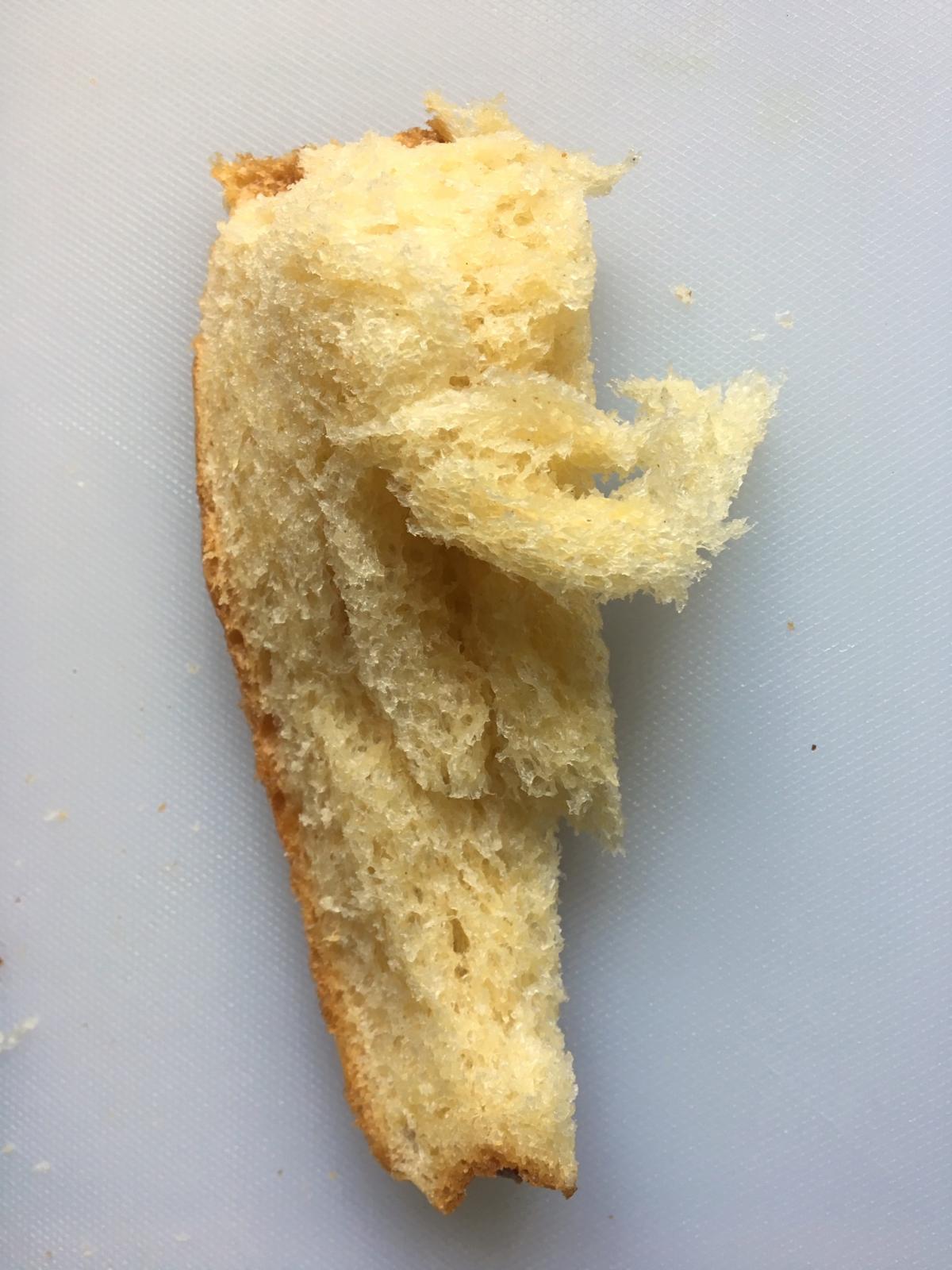 I have made Panettone for several years.  My source for the recipe is Michael Suas’ book “Advanced Bread and Pastry”.  I believe that this book is the textbook for the San Francisco Baking Institute classes.  However, I found a blog named “Wild Yeast” in which she is basically following the exact recipe as Michael Suas’.  Here is the link to the recipe.  https://www.wildyeastblog.com/panettone-recipe/

Thank you will have a look and add it to the list.

Wait to Feed a New Starter?
What makes a rye sour function?
Acorbic acid how to use and how to measure
Refining home milled flour to T80 / T85
Rolling and Tucking
END_OF_DOCUMENT_TOKEN_TO_BE_REPLACED