I recently baked the Vermont Whole Wheat Oatmeal Honey Bread by King Arthur. It was a delicious flop. It tore horribly during kneading even with lots of resting time. I subbed oat flour for the rolled oats, so I essentially lowered the gluten and possibly the water as well. It also didn't call for an autolyse for the whole wheat portion. I had previously used Floyd's Honey Whole Wheat on here and didn't have those issues. But my kids don't like that much whole wheat (as I found out when I made the Approachable Loaf). So the first pictures are of my failed Vermont Honey Oatmeal loaf that looks like it exploded in slow motion and if it hadn't cooked it might have ended up all over my oven. 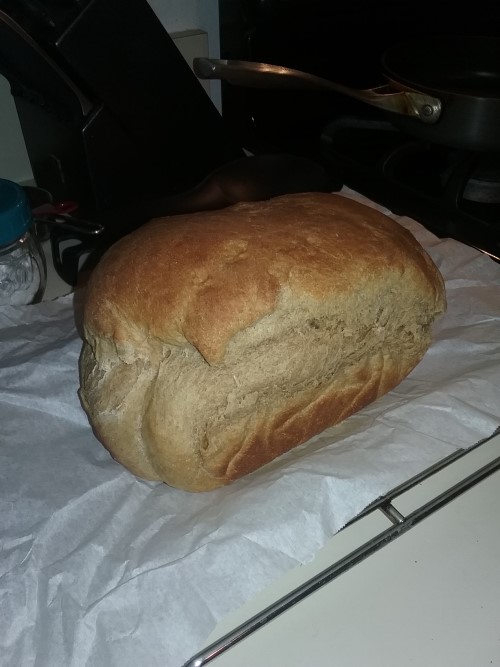 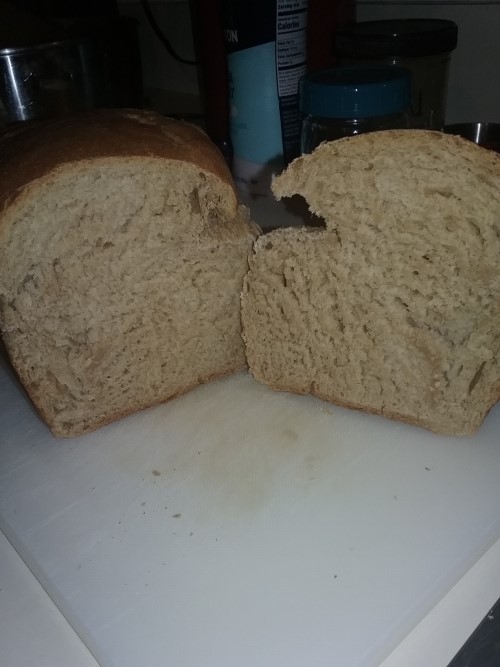 Tonight I made Floyd's Honey Whole Wheat Loaf, I changed it a little bit to match my kid's preferences. I halved the ingredients to make one loaf. So instead of 8oz of whole wheat and 4oz of bread flour, I used 4 oz of whole wheat, 4 oz of bread flour, and 4oz of all purpose flour. I and my kids like the softness of an all purpose flour, the bread flour is too chewey. I used half-half creamer instead of the evaporated milk and added 1 tablespoon of olive oil. for the Honey, I  used half honey and half maple syrup (I had a some left in a jug) Other than that I pretty much made the recipe like it was. It came out much nicer than the Vermont loaf. It was easier to work with and no tearing! 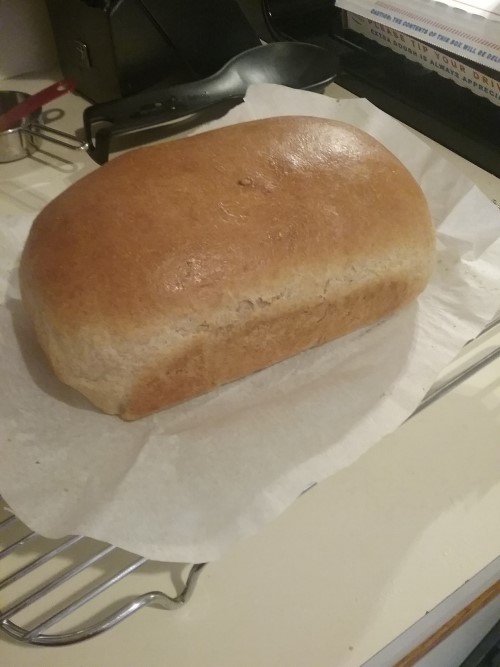 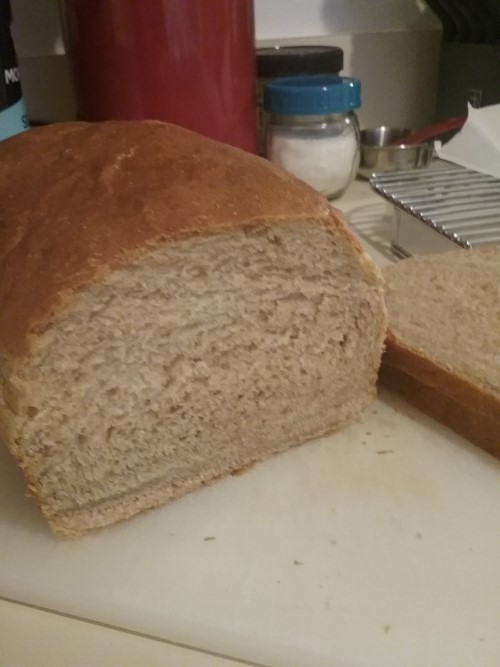 It's probably weird to say that I like the shine on the loaf. It's like a tiny victory. I brushed some my of half-half creamer on top. My husband is not as enthusiastic as I am about there being a shine, but he did bring back pictures of what the recent rocket launch did to the launch pad. It's pretty entertaining seeing all the stuff that got blown off this time around. :D

Edit: I was going to go buy store bread but asked my kid if he wanted me to buy a loaf or make one. He said he would rather me make this again! (happy dance time!). So I made two more loaves tonight (11/19) since we had two slices left. Now to figure out why it's crumbly compared to the store bought. The crumbly part was my husband's complaint, other than it not being pre-sliced.

Not weird at all to say you like the shine on the crust, I too like it and try to get that shine on my sandwich loafs.  Your bread baked up really well, you must be happy with it.