I find that if I don’t make baguettes often enough I get very rusty. I haven’t made baguettes in about 4 months so was really very overdue. I’ve always thought that epis look really nice and never tried making one, so here is my first effort at an epi. I also hadn’t done a seeded crust in quite some time so that was also overdue.

For this bake of my favourite all white flour baguette I’ve increased the hydration to 75% which I have found helps with extensibility which is essential for shaping baguette. I’ve also pushed final proof by accident to 40%. I say by accident because I usual cold retard the dough when the dough has risen to 20% but because I was out and didn’t expect the dough to be so fast, it was up to 22%. You wouldn’t think that 2% would make much of a difference but it does. So when I took the dough out of the fridge today and started to do the divide, pre-shape and shaping the aliquot jar already showed 35% rise right after I shaped the third baguette. So I left them to proof at room temperature until 40%, then started pre-heating and cold retarded the dough once more while the oven pre-heated for an hour. 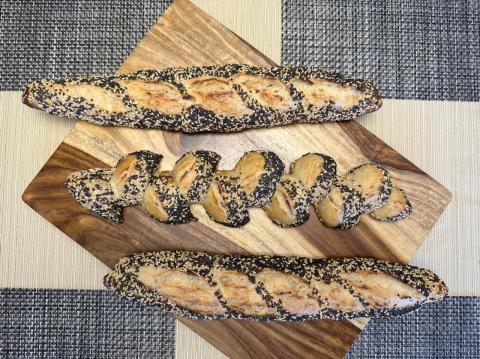 When levain at peak, mix 28 g water with all the levain mixing to loosen.

In the morning, to your mixing bowl add 353 g water, salt 12 g and diastatic malt 5.8 g to dissolve, then add 527 g AP flour to combine. Allow to saltolyse for 20 mins. Next add the loosened levain, pinch and stretch and fold to combine in the bowl. Slap and fold x 100 then add hold back water 23 g gradually working in until fully absorbed then slap and fold x 100.

Bulk Fermentation 82*F until aliquot jar shows 20% rise.
Do folds every 20 mins doing 3 folds
Could do cold retard at this point for up to overnight. (Aliquot jar 20% rise)

Pre-heat oven 500F after 30 mins add Silvia towel in pan with boiling water.
Transfer baguettes from couche to peel on parchment
Score each baguette and transfer to oven, bake on steel.
Bake with steam pouring 1 cup of boiling water to cast iron skillet dropping temperature to 480F.
The baguettes are baked with steam for 13 mins. The steam equipment is removed venting the oven of steam. Transfer the baguettes from the baking steel to next rack completing baking directly on a rack to minimize the browning of the bottom crust. The oven is dropped to 450ºF but convection is turned on and the baguettes bake for 10 mins rotating them halfway. The baguettes are rotated again if needed and baked for another 3 mins to achieve a rich colour crust.

To apply the seeds to the dough, place the shaped dough on a damp towel to moisten the dough. Transfer it to a cookie tray that has been loaded densely with the seeds. I like using a cookie tray with sides that way I can push the dough up against the sides to get some seeds on the sides of the dough.

The pH of the dough was 5.44 after initial dough development was completed. At 22% rise and start of cold retard the pH was 4.56. Finally at the time of bake the pH was 4.37. 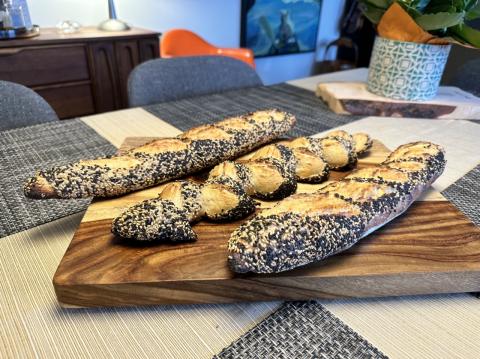 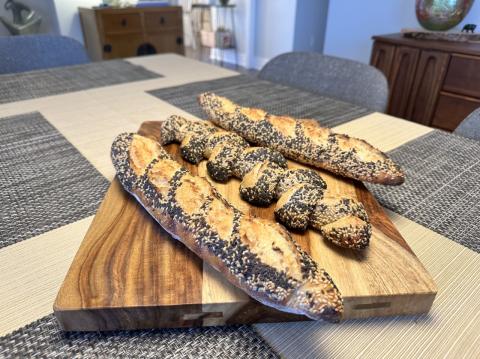 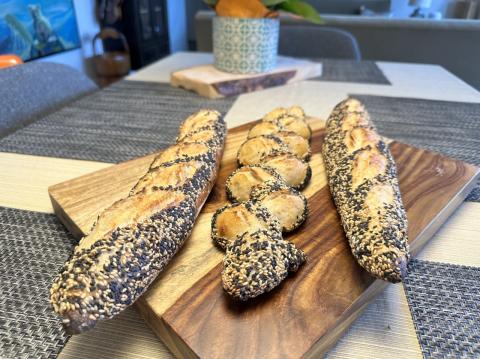 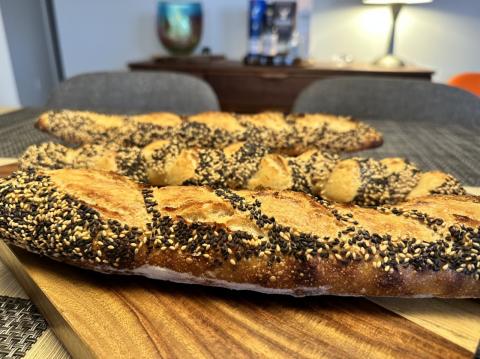 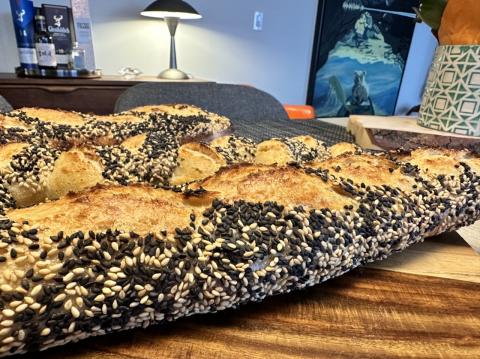 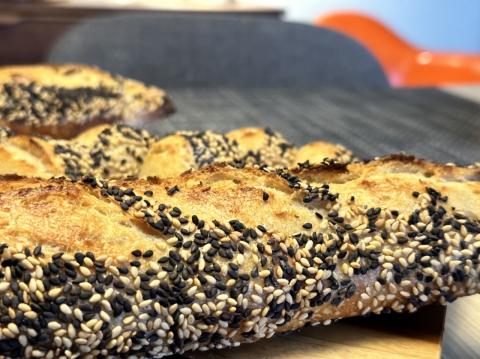 Will be interesting to see how the extra bulk affected the crumb.  I’m betting they’ll taste great regardless!

Thank you Troy I’m quite pleased with these especially considering how long it had been since I last made baguettes. The epi turned out well and is something I’ll do again.  One baguette and the epi went to friends so I don’t have a crumb photo for them. I did keep one for quality control and I’ll post the crumb next.

Overall I’m happy with this bake. My scoring could have been better but the epi looks great especially for my first time. The proofing looks pretty good so I think 40% rise at time of bake is doable if the dough is developed well enough at the start. The slightly higher hydration worked really well making the dough nicely extensible.

Finally the crumb is pretty good. Mostly open with fingertip sized alveoli. There are some areas that are less open but I’m fine with that. I’ll have to bake baguette’s again soon to get some of the rust out of my skills.

Flavour wise these were delicious with nicely crisp crust and great sesame flavour. There wasn’t much sour tang which is my preference for baguettes. 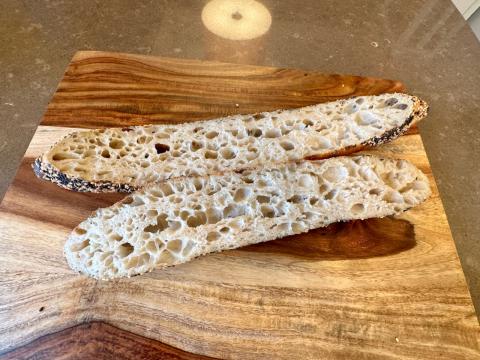 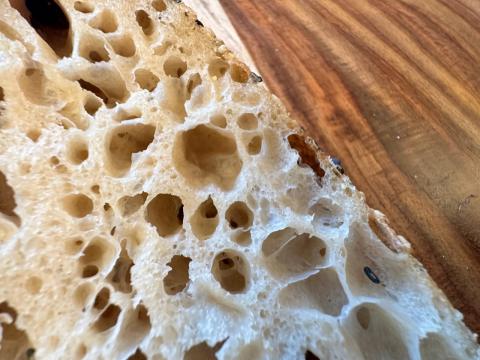 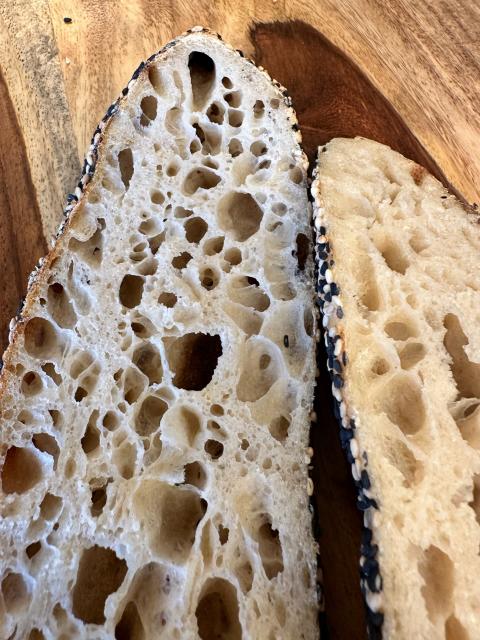 Here’s the video I made to show how I pre-shaped, shaped, scored and finally cut the epi.

Your crumb looks great and the seeds made for a beautiful baguette!  Nice job 👍🏻

Thank you Ian, I’m definitely a bit rusty especially with scoring, but overall they baked up nicely.