Benny's 100% wholewheat Hokkaido recipe is the recipe that just keeps on giving, and I keep on seeing miraculous loaves coming from the oven even as the recipe is tweaked and stretched which really surprises someone like me who is used to the experience of failed experiments when things are pushed too far.

One thing about this recipe that you need to be warned about is to not try and bake it late at night because the smell of the loaves as they are baking is so intense that if you're like me you'll want to then stay awake for long enough to let it cool enough to try a slice.

Previously I'd made a dairy free version of the recipe but wanted to stretch it further to see if I could make it without eggs while still making a nice bread. Also, the previous bread used a 'plant butter' that was really just a margarine with good marketing and I wanted to try something better.

In this bread, 14g ground linseeds plus an additional 42g of almond milk were used to replace the 56g of egg that was originally in the recipe. And, this time around I had quite a nice 'vegan butter' which was much less like a factory margarine (see pic, the ingredients were listed as olive oil, coconut oil, soy milk, apple cider vinegar, salt and lecithin).

But the most special ingredient was this bag of Manitoba wholemeal flour that was milled in Israel and baked in South Africa: 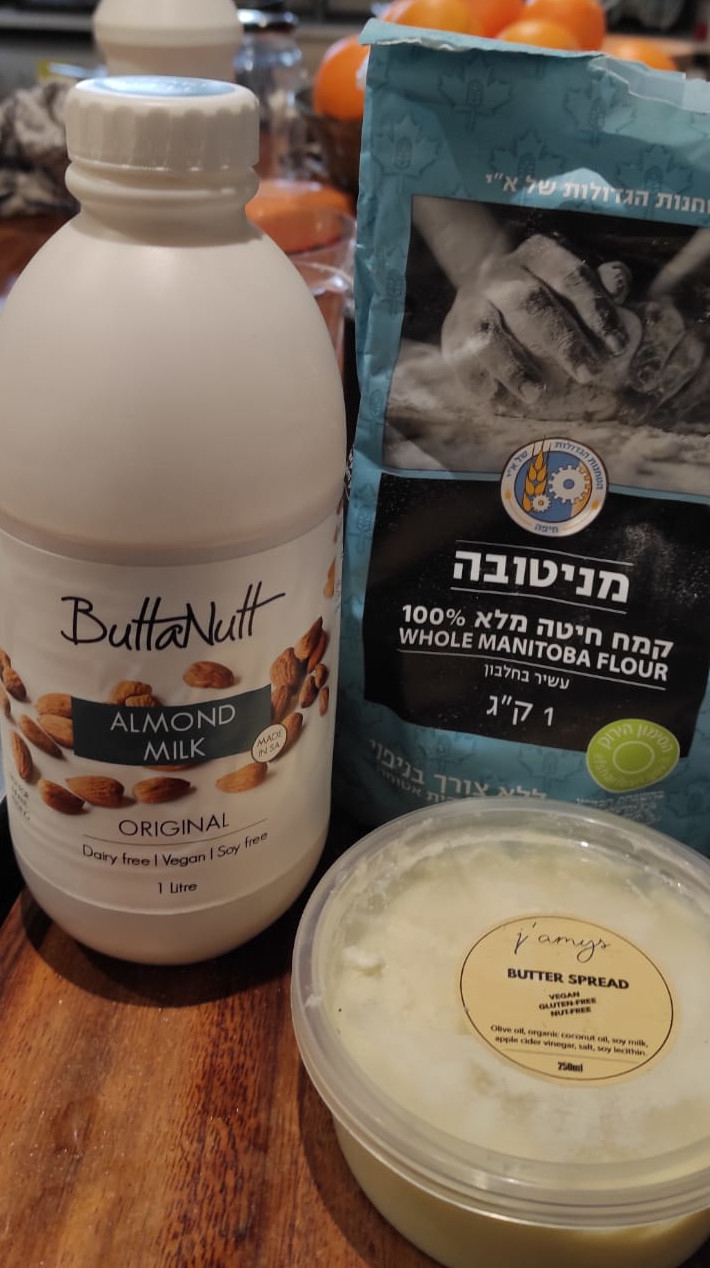 The one downside to leaving out eggs is that I couldn't get the topping to stick properly. I tried painting the top with melted vegan butter and then sticking the seeds on, which sort of worked, but eggs or something like whey would have given much better stickiness.

I'm not a vegan myself, so tried out slices with the vegan spread and with butter. I must tell you, you can't really beat butter can you, but at least I had something to offer my vegan friend!

The bread itself turned out lovely. I certainly preferred it flavour and texture wise to my previous dairy-free one, but I'm not sure if this was because the vegan butter I used was superior to marge. To be fair, I've only ever made these wholewheat Hokkaido breads with a certain local type of flour, so a large part of what makes this one special is the flour used which seemed to also be finely milled never mind the high protein and great flavour, and I need to try make a bread with this flour that includes all of the dairy and eggs while I still have some left! 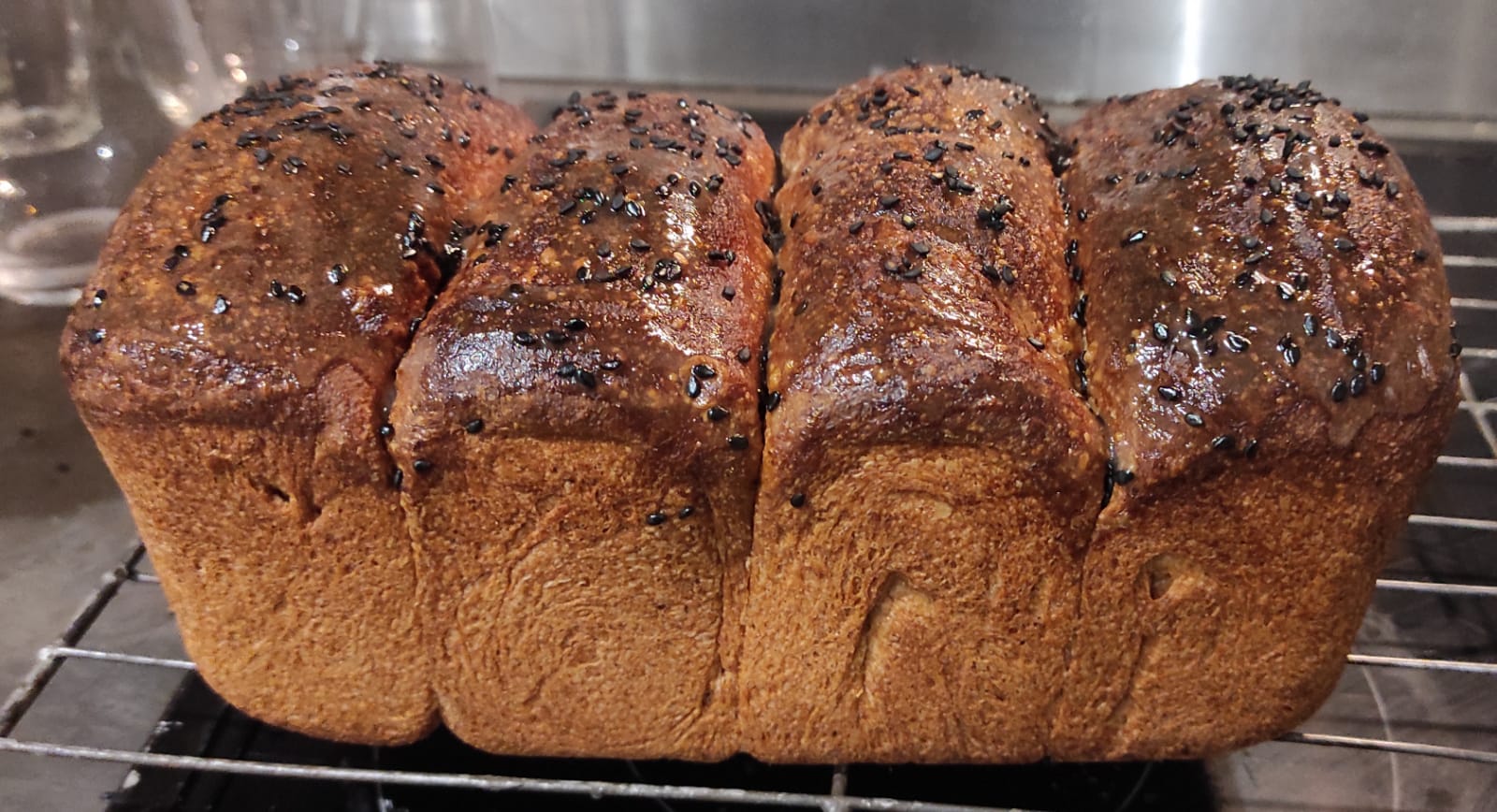 What a beautiful loaf Jon and a great vegan result.  The crumb and crust are both wonderful.  As a replacement for the egg wash I tried a cornstarch glaze, just like what one would use for a rye loaf and it worked well so that is another good option.  But great bake.

Thanks Benny for the kind words.

The vegan butter thing is addictive, I just bought some imported Miyoko's for a future bread.

By the way, with cornstarch glaze would you attach the seeds upfront with it? I've only ever added cornstarch towards the end of baking, will it not burn with a long bake?