I am much happier with this loaf than I have been with my sourdough bakes this year. I'd appreciate any feedback based on the pictures. It tastes good. 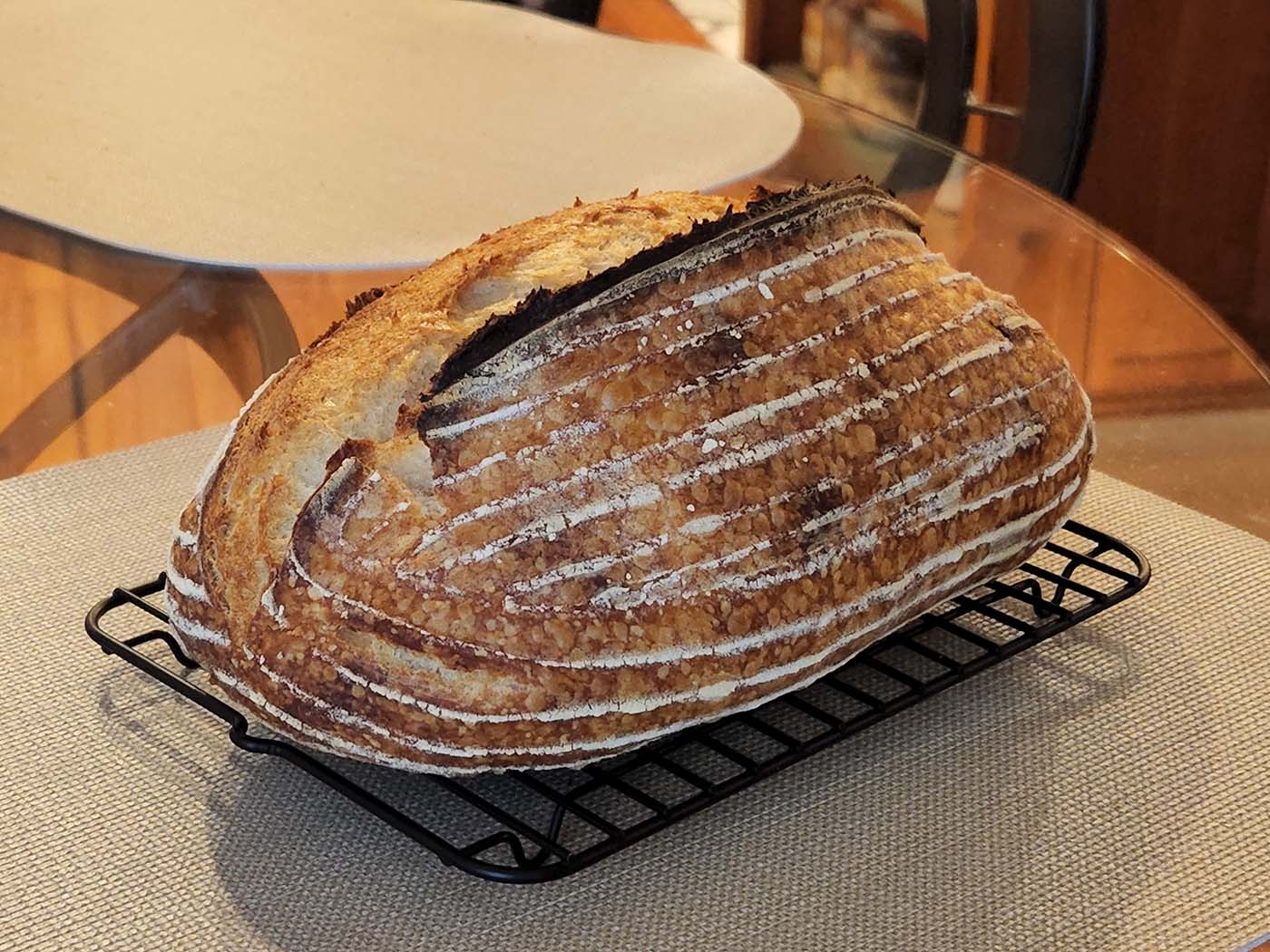 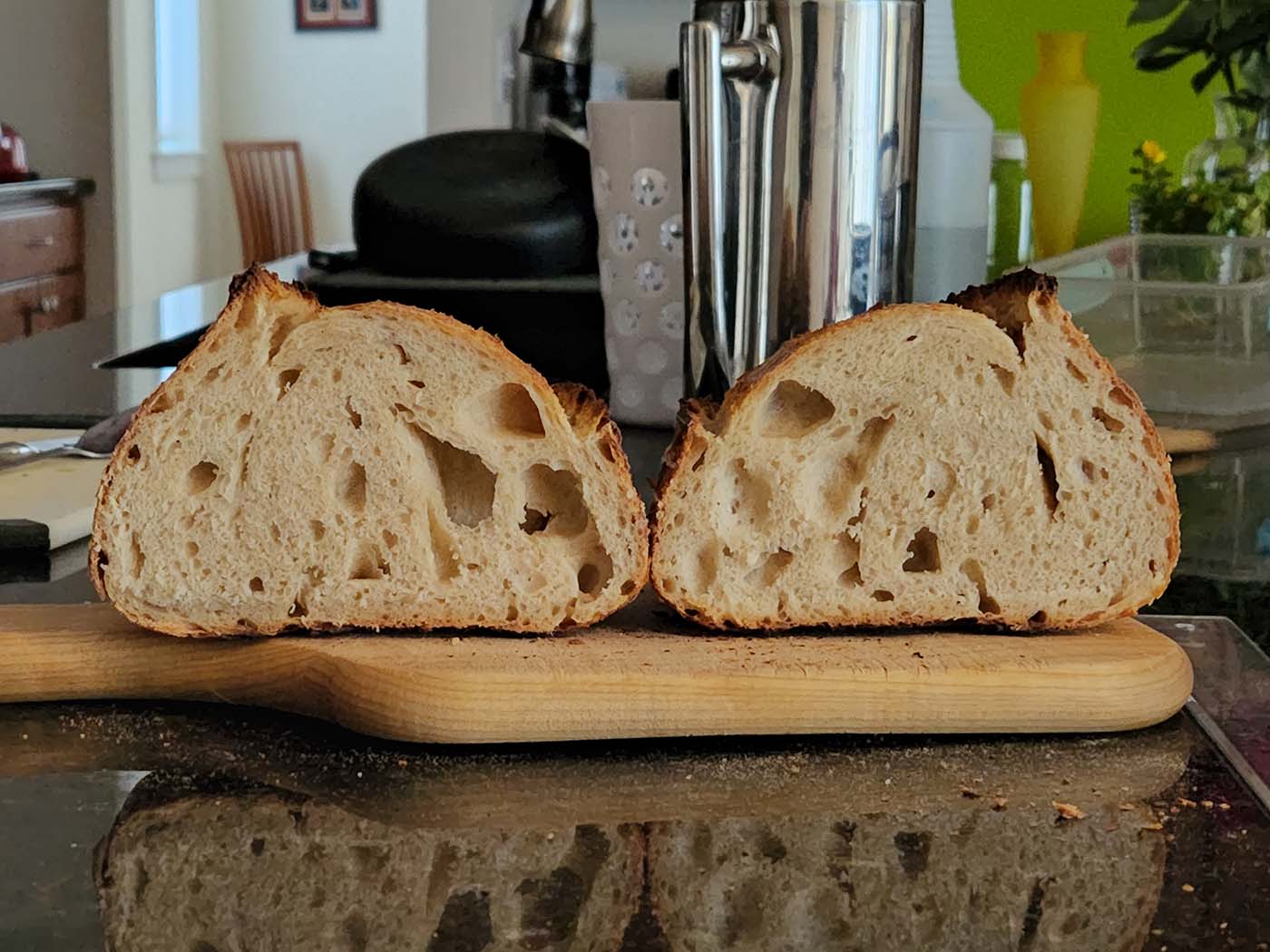 The crust and shape are gorgeous, but a few large holes surrounded by much tighter areas can indicate under-fermentation. I might try raising the temperature in the proofer to 78 or so. What is the ambient temperature in your kitchen? If you are starting with cool ingredients, they can take time to warm up.

The biggest thing I really had to internalize was that the initial dough temp (when it goes into the proofer) matters a LOT. I've forgotten to warm the water in the winter so it's 55F and the dough temp is in the low 60s going into bulk which messes up timing A LOT.

Try to get dough to 76-78 as it goes into bulk and increase the proofer temp to that range.

I agree with Abe and Econprof on under fermenting and it sounds like you have a good first step planned with the warmer temps at mixing.

Also agree with Abe on taste being primary.  I’ve had plenty of underfermented toast and grilled sandwiches.  😁

Thank you all for your comments.

I'm baffled at this. I used extra levain just to combat the under-proofing. The levain was pretty healthy - it had reached its peak (more than doubled) and just started falling back. The dough when I put it in the proofer was 75F - I heated the water to 80-82F before mixing the dough.

I'll let the levain rise for lesser time - I did roughly 1:2:2 and let it rise for about 12 hours at 70F. That may be my issue. I'll also try increasing the proofer temp to 78F like someone suggested.

What I really need to learn is recognizing when the dough is properly fermented.It had a couple of large bubbles & more small ones on the surface and it was shiny & a bit jiggly, so I thought it was done.

Thanks again for the input. I don't get a chance to bake every week, but I'll be back with my next attempt.

I'll be following this as I may have a similar issue.

Just one question: looking at your schedule, you went straight from the fridge to the oven? Is that correct?