When I went to the local sake distillery to get more Koji rice for my various fermentation projects using aspergillus oryzae I noticed that they also sold sake kasu. For those unfamiliar sake kasu are the lees remaining after sake production. The Japanese do not like to waste useable food products so sake kasu can be used to make many things. In fact, I used the sake kasu in this test bake to see if I could use it to build a levain to bake a loaf of bread. I think I had some success with this. I will need to adjust the recipe but to give you an idea of what I did I’ll share the outline.

Using sake kasu:water:bread flour in a 1:1:1 ratio I created a first build levain, Unfortunately I did not have a small jar and didn’t think to use a small water glass to ferment this in. As a result I couldn’t tell if it grew, even after 24 hours at 82°F. Despite the apparent lack of growth I went on and make a second build of a levain using all the first build at a 1:2:2 ratio. Surprisingly after 8 hour it almost quadrupled.

Using an all bread flour SD Hokkaido milk bread as the general guide I made a tangzhong using buttermilk. After this cooled I mixed all the levain with all the tangzhong, more buttermilk, salt and sugar. I then added the bread flour and used the stand mixer to develop the dough moderately. I then added the butter in small pats until fully incorporated and with great gluten development. The dough was left to ferment at 82°F for hour hours. At that point in time there was barely 10% rise. I had expected it to ferment more quickly but I supposed the enrichments slowed it down. Into the fridge it went for the night.

In the morning I removed the dough from the fridge and allowed it to ferment at 82°F until it reached 20% rise at which point in time it was pre shaped, shaped and then placed in a buttered cube pan. Again it was allowed to ferment until it reached less than 1 cm of the top of the pan this was a 120% rise overall. It was given an egg milk wash and baked. 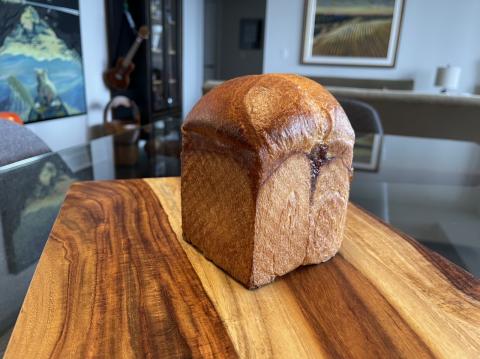 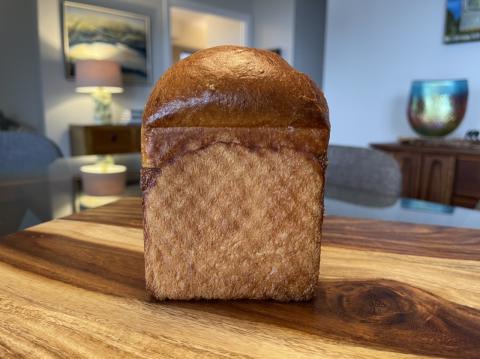 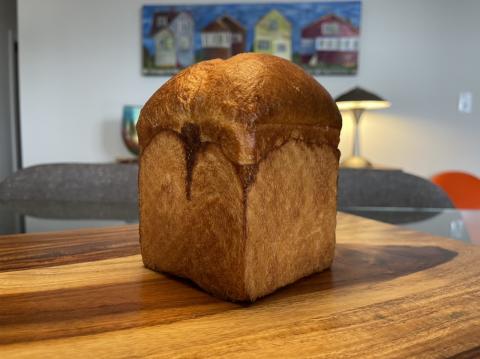 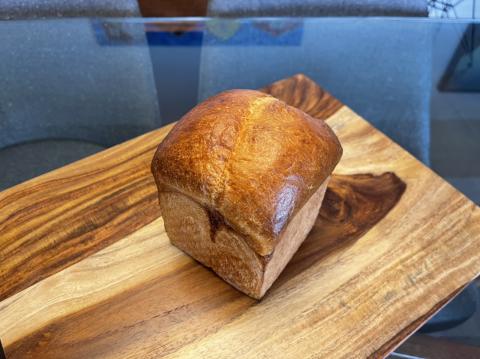 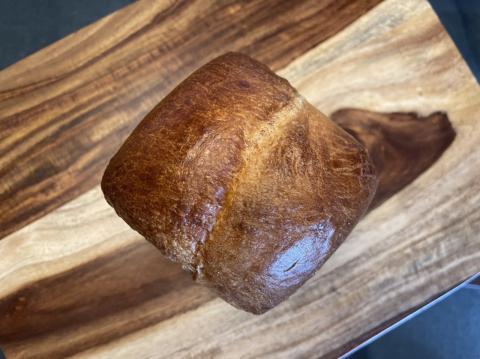 Well this was a delicious experiment with the sake kasu, although other than the leavening power of the sake kasu there is no particular flavour. To try to get the flavour of it I think I’d have to make a single levain using much more of the sake kasu then you might be able to taste the floral sake notes. However, this bread is super duper tender and buttery. There is just a hint of the buttermilk sour notes that is nicely balanced by the little bit of sweetness. I’ll need to make a full loaf of this after I make some adjustments to the formula. 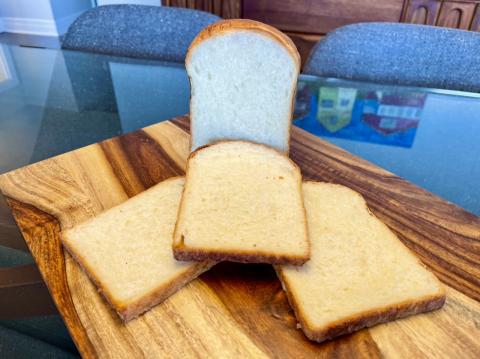 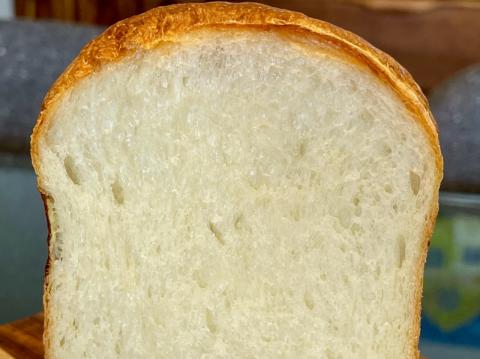 So, presumably for the full sized loaf you're thinking of not doing a double levain build? And did you consider what would happen to the buttermilk when making the tangzhong? I would have worried about heating the culture, but apparently not an issue.

Thanks so much Jon, I appreciate your comments on this loaf.  I think I’d like to see if a single build would work, I’m not sure, but I won’t know unless I try.  I wasn’t too concerned about the tangzhong killing the microbes since the leavening is coming from the sake kasu and not the buttermilk.  This is the first time I’ve baked bread using buttermilk and I think I now know why Caroline loves it so much it really does have a nice flavour.

Very cool experimental bake.  I used to be the one with all the crazy bakes, but it looks like you've taken over the mantel :).

It's always nice when you try something new and it turns out so good.  Well done Benny!

Thanks Ian, it was fun to try a different method of leavening bread.  I plan to test out sakadane which I’ll have to make.  I’m doing some research before testing it out.  But sakadane will use the aspergillus in koji rice to leaven, we’ll see if this actually works!

Love the experiment Benny!  Do you think you’d get more of the sake kasu flavor if you went through a few refreshes or would it just take on more of a SD profile?

The loaf and crumb look fantastic!

Thank you Troy, I love to experiment and tinker and have recently fallen down the rabbit hole of playing with koji rice fermentation.

I think I’d lose the sake kasu flavours by doing several refreshes.  I’m guessing that I need to use a larger portion of the sake kasu to inoculate a levain directly without a refresh.  I’ll have to try this and see if this works.