Traditionally, to make paper-thin bread (khobz marquq), Lebanese bakers thinly stretch the dough on a bread pillow and cook it on a heated convex metal disc (saj). I have neither device, so I rolled the dough out as thin as possible and baked it in the oven.

I converted Ms. Barbara Abdeni Massaad's formula in her book "Man'oushé, Inside the Lebanese Street Corner Bakery" to include CLAS and quinoa (bulgar used in the original recipe).

There are two ingredients in the recipe that I rarely use: anise seeds (whole and ground) and ground mahlab.  I did not know what to expect in taste, but it was surprisingly mellow.  The licorice-sweet aftertaste and the overall savory, rounded flavor kept me coming back for more.

This time, only the pie's edge turned out crisp, and the middle was still soft and slightly chewy. I will adjust the oven temperature and baking time, and maybe the hydration, in my next bake to make it more crispy overall. 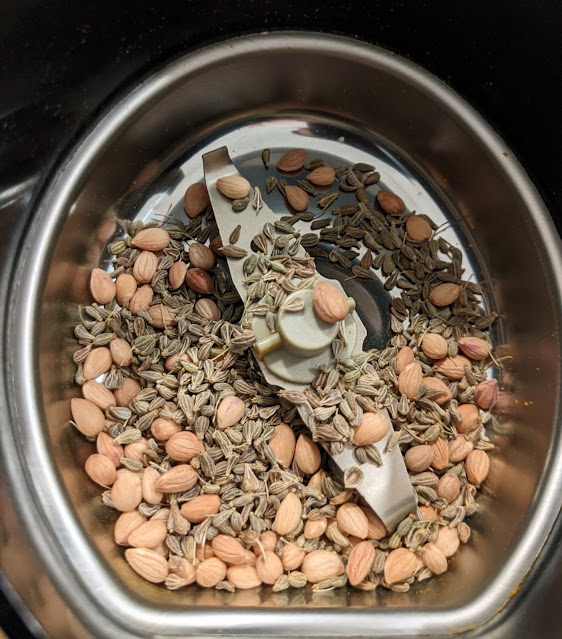 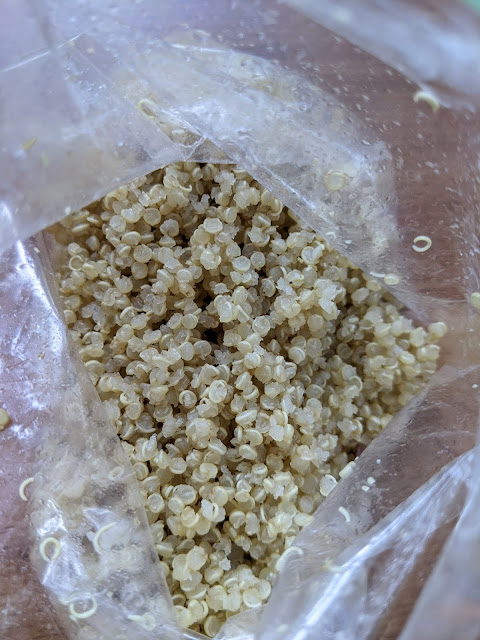 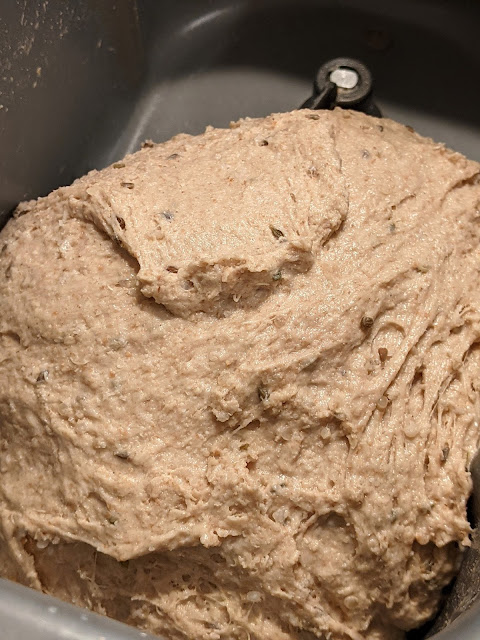 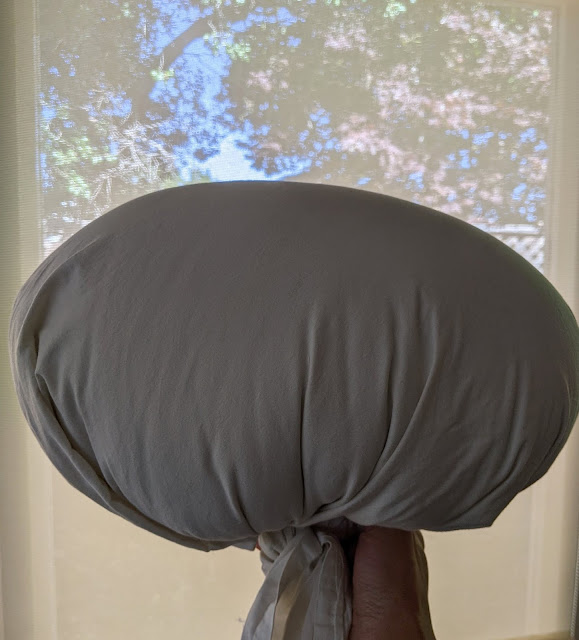 but ended up just rolling the dough out as this way is much easier. 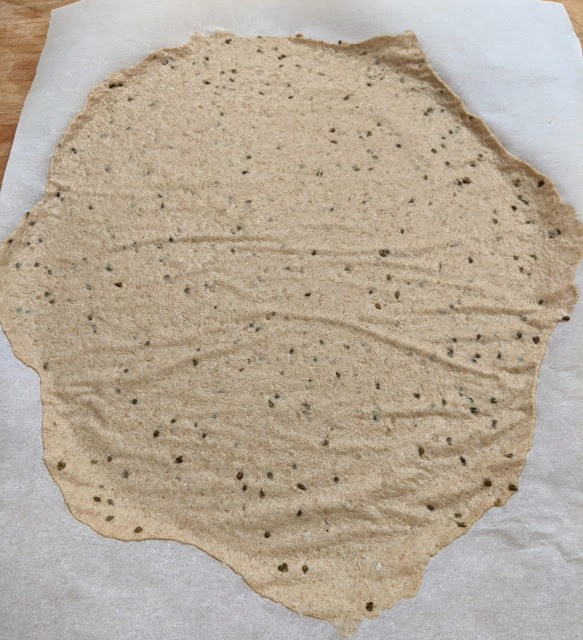 I don't think I can roll it any thinner than this. 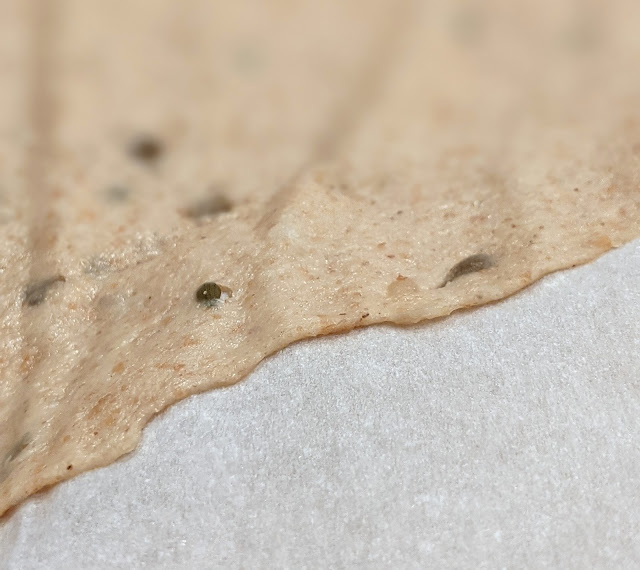 I like to make my own Za'tar mix to include more sesame and tart sumac. 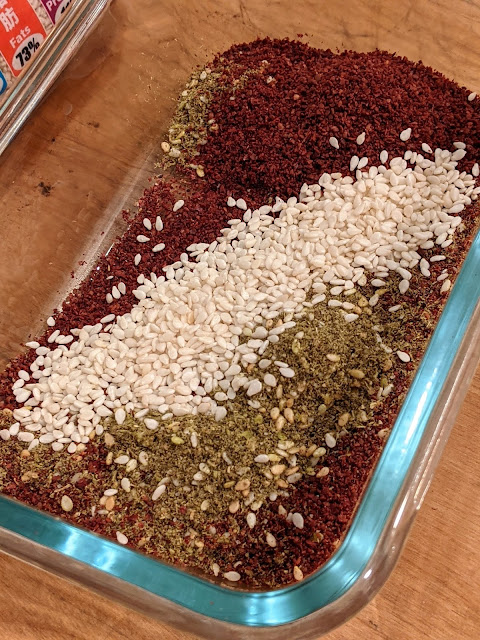 Then mix with lots of olive oil. 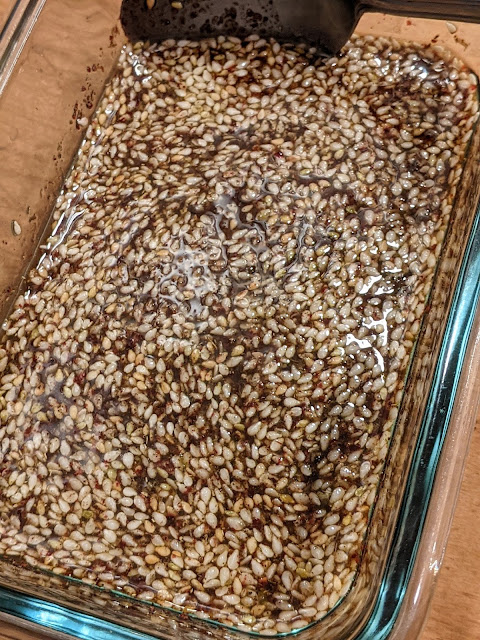 A Za'tar pie is a must in addition to the plain one. 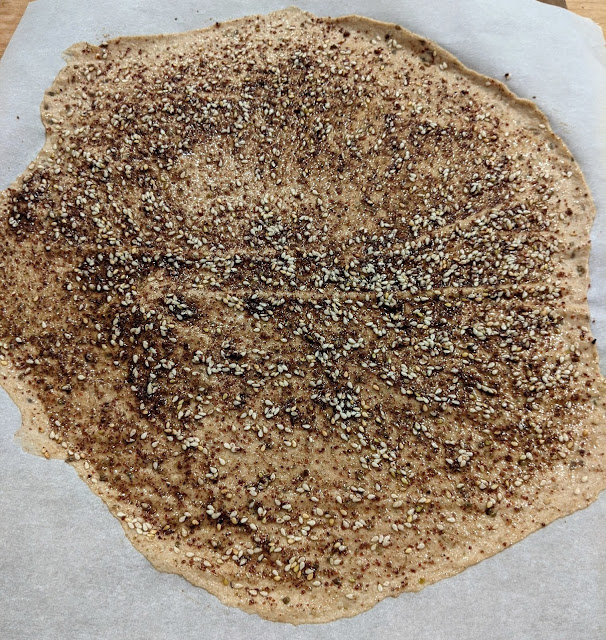 I've started growing thyme, but I wonder if it's the same type that they use in making the Za'tar. 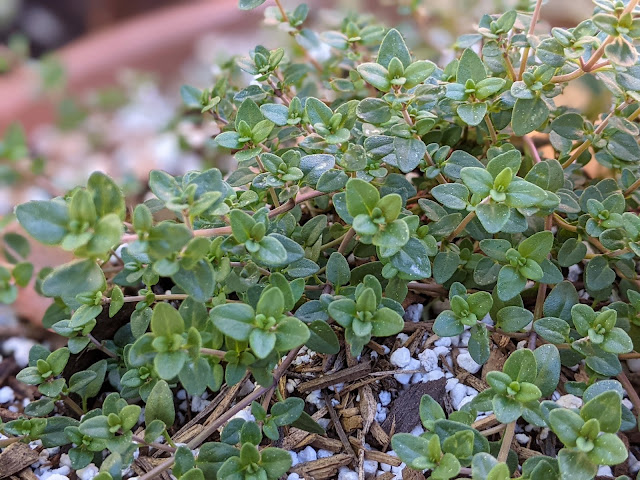 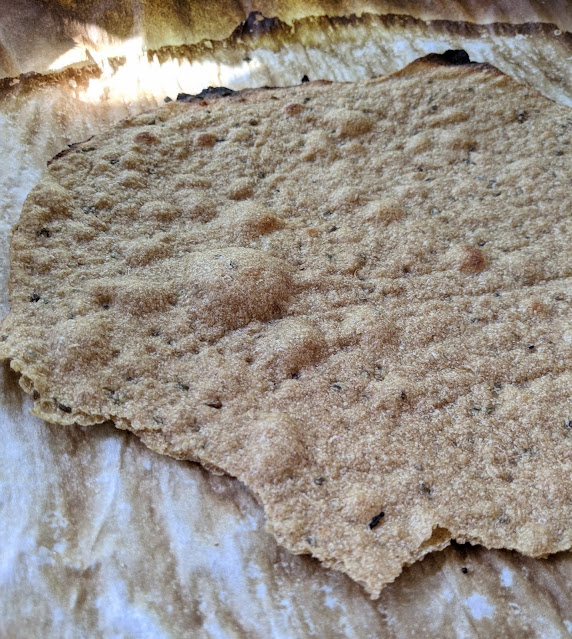 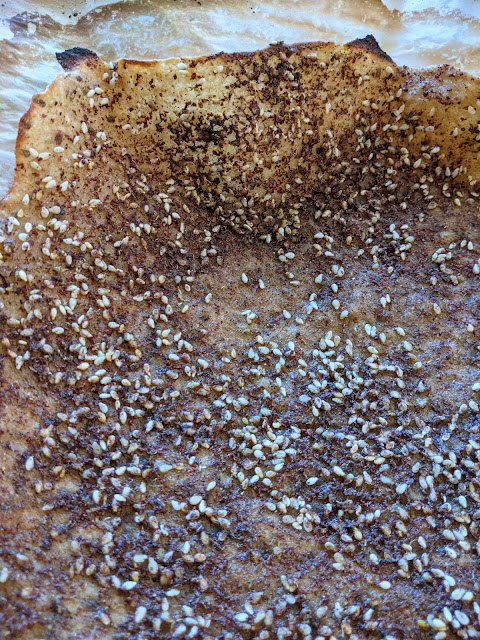 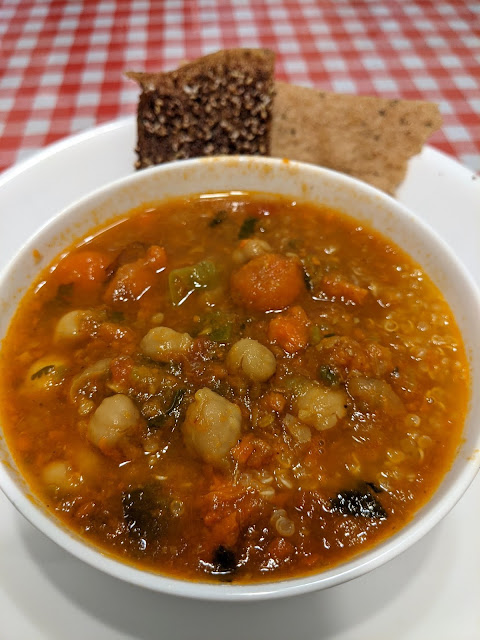 .  My usual main course became the dessert today for a change. 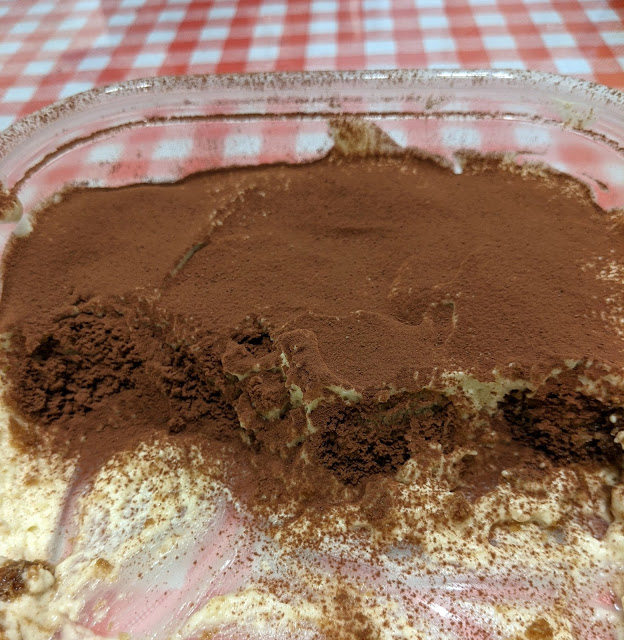 So this bread really seems similar to a cracker.  It sounds delicious Yipee.

Traditionally, this kind of bread is used as a wrap. If the dough is stretched thin enough to windowpane (on a bread pillow), then the bread should turn out slightly crisp, like a thin wafer sheet, and at the same time light and flexible, like a spring roll wrapper. Based on my limited experience, crepe would be a close example of what the texture of this kind of bread is.

Mine turned out more cracker-like because 1) I couldn't extend the dough to windowpane just by rolling it out, it had to be stretched at some point 2) 100% whole-grain makes it less flexible.

Using my "bread pillow" is rather cumbersome and adds "technical issues" to my procedures and oven setup. I need to add a convex baking surface in the oven (which is okay, I had it figured out.) The real problem is transferring the dough from the pillow to the oven - it significantly slows down the baking process compared to my parchment method, and it's somewhat dangerous, too. Hence the bread pillow method is not adopted, and I get "crackers".